Onside/Offside: Not even the good Morkel, Razzmatazz’...

Onside/Offside: Not even the good Morkel, Razzmatazz’s splurge and more 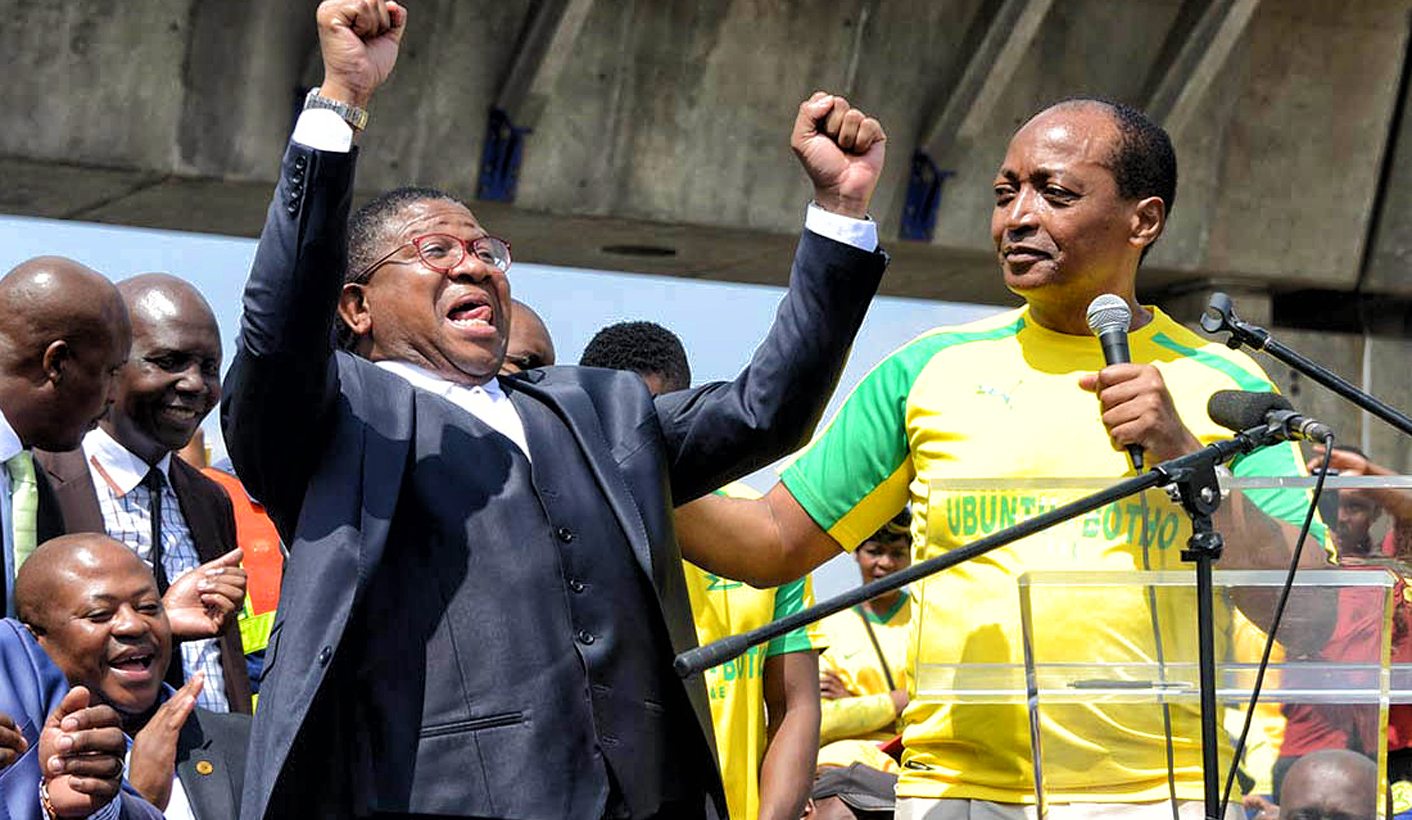 From Fikile Mbalula blowing R700,000 on soccer players who already earned millions – and had just bagged R20-million in prize money – to Albie Morkel’s new nickname, given to him by a forgettable Aussie cricketer who also makes some rather astonishing claims about his fears around crime in Jozi, ANTOINETTE MULLER wraps up the sporting week that was.

It’s that time again. The sporting week that was has come and gone and oh what a week it was. Mamelodi Sundowns won the African Champions League, turning us all Brazilian for a day and making Orlando Pirates fans just a little bit less insufferable. Cricket South Africa announced that this season’s domestic T20 competition will go ahead without a sponsor, while Western Province Rugby was rocked by a mega legal battle which could plummet them into all sorts of financial disasters.

Across the pond, Jose Mourinho was caught out being petulant again, moaning about Antonio Conte getting the crowd all riled up as Chelsea beat Manchester United 4-0 last weekend. Kenya’s world javelin champion and Olympic medallist Julius Yego was involved in an accident and claims that he is “lucky to be alive”.

But let’s get to the meatier stuff of what was what in sporting news this week, shall we?

Onside: How to coin it as a professional rugby player 101

If you’re quite good at rugby and you’ve played a few international games, you can earn about half a million bucks for running around for six matches. That’s if your name is Eben Etzebeth and you’re off to Bristol, of course. The Bristol Post reported this week that Etzebeth has been linked with a lucrative six-match stint with Bristol, which will see him earn £40,000 per game. This is all just rumour for now, obviously, but considering the club’s financial muscle and the fact that they are desperate for points, it is not impossible. And hey, like we’ve said before: can you really blame people whose careers could end at any given stage for wanting to make as much money as they can while they still can?

Speaking of making money, the Minister of Mostly Recreation decided that it would be a good idea to gift R700,000 to Mamelodi Sundowns for winning the African Champions League. That’s R700,000 of your precious tax cents going to a club that’s owned by a billionaire and which has just earned R20-million in prize money. Twitter was up in arms over the whole thing, wondering how Razzle can dazzle this type of coin when the government can’t find cash for tertiary education. That’s perhaps a little bit unfair; Bra Fiks is, of course, the minister of sport and gives money to sporting things. What we should be asking is why that kind of money is being thrown around willy-nilly when we’re constantly told how much of a priority transformation is? Knowing full well that the facilities and other resources in disadvantaged areas leave much to be desired – and should be integral to the transformation strategy – shouldn’t this kind of cash rather be going there?

Onside: ‘The Morkel that’s not even the good one’

Aussie cricketer Brett Geeves wrote a rather astonishing column for FoxSports this week. In it, he talks about the seemingly utterly dysfunctional clique culture that existed under Michael Clarke’s leadership. He uses his trip to South Africa during the 2009 tour as an example, saying that there was nobody at the airport to welcome him here. Describing a scene that sounds like something from The Amazing Race: Extreme Version, he writes about how he had to take a cab from Jozi airport and how his driver told him that he has now been “made a target for abduction and death” and how the cricketer is a “valuable commodity for ransom”. Perhaps the cab driver was just taking the piss. But that’s not the best part of the piece. Geeves played in the third ODI in Cape Town, recording a forgettable 10 not out as South Africa won by 25 runs. What was memorable, though, was Albie Morkel hitting Geeves on his foot, breaking it in the process. For effect, or so we hope, Geeves describes the incident as “sandshoe caved in by the Morkel who isn’t even the good one”.

Still on cricket, Russell Domingo’s contract has been extended until the middle of 2017. Domingo, who has been under fire this year, but regained some faith after South Africa’s whitewashing of Australia in the recent ODI series, will remain in charge until South Africa return from England next year. That stint will include a full tour as well as the Champions Trophy. Domingo will have the upcoming Test tour to Australia as well as a home series against Sri Lanka starting in December to settle fans’ nerves a little bit.

Offside: One in five UK soccer fans are still homophobic

An online poll of over 4,000 people, conducted by research company ComRes on behalf of BBC Radio 5 live, found that 8% of fans would never watch their team again if the club had an openly gay player. The poll also found that 50% had heard homophobic abuse, 51% heard sexist abuse and 59% racist abuse. Still, it’s not all bad. Over 60% of fans believe gay players should come out to help others do the same, while 71% feel clubs should do more to educate supporters about homophobia.

Without so much as a peep, Mark Alexander was announced as the new president of South African rugby. As they say in sport: it was never in doubt, but perhaps it should have been. There have been some questions in the past over Alexander’s (working) relationship with Gideon Sam, one of Sascoc’s big shows and a man of some influence at the lottery distribution board. Alexander has served as vice-president for long enough to have been the “obvious” candidate for the job, but if you see more than the usual lottery funding coming SA Rugby’s way, you want to raise your eyebrow and tilt your head. Also, in this time of crisis, surely independence is something governing bodies should be striving for?

Onside: Dead wrestler gets to keep his silver medal – despite doping test failure

Besik Kudukhov, who won freestyle 60kg silver at London 2012, died in 2013, and was later found to have taken a banned substance after the World Anti-Doping Agency re-tested samples this year. While dopers usually have their medals stripped, an International Olympic Committee disciplinary committee said the case has “now terminated its investigation with no action taken”. Because stripping his medal would just be adding insult to… err… death. DM

Photo: Fikile Mbalula, Minister of Sport and Recreation and Patrice Motsepe during the Mamelodi Sundowns arrival at the OR Tambo International in Johannesburg on the 26 October 2016©Samuel Shivambu/Backpagepix