amaBhungane: R587m in six hours – how Eskom paid for Gupta mine 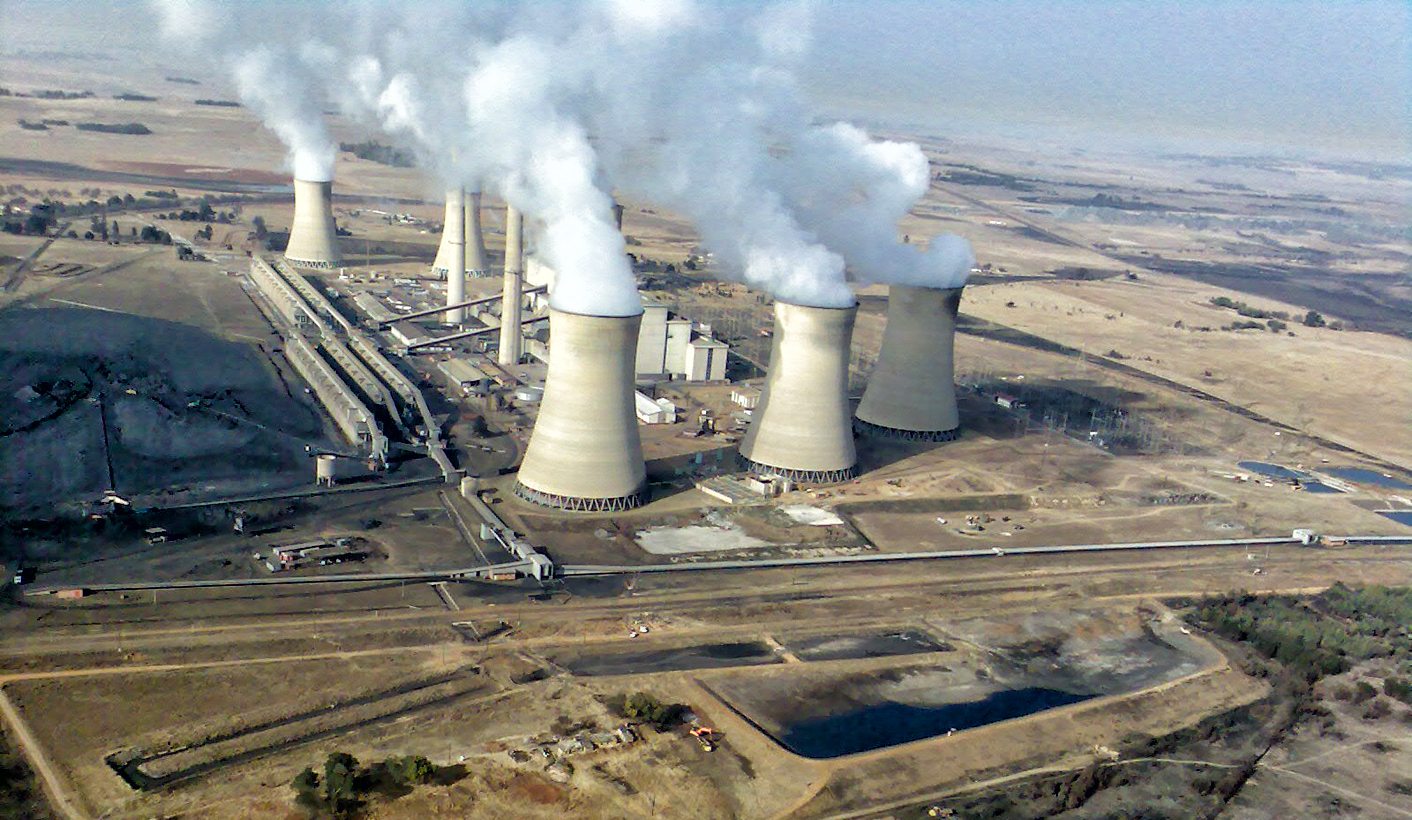 Six hours after the banks refused to give the Guptas a R600-million loan for their controversial Optimum Coal deal, Eskom came to their rescue.

amaBhungane can reveal that at a special late-night tender committee meeting, Eskom executives agreed to hand a Gupta company R587-million – money that was then used, two days later, to help pay the R2.15-billion purchase price for Optimum Coal.

The deal, which documents show was clinched via a 21:00 teleconference call, involved extending Tegeta Exploration and Resources’ coal supply contract with Arnot power station by R587-million.

The fact that Eskom also agreed to pay the money up front reinforces the impression of preferential treatment.

Details of these hurried meetings – all held on April 11 this year – are contained in a report by the business rescue practitioners for Optimum Coal and in minutes of Eskom’s 21:00 meeting that were leaked to Carte Blanche in June.

The report by the business rescue practitioners, Piers Marsden and Peter van den Steen, was made to the Directorate of Priority Crime Investigation (Hawks) in terms of section 34 of the Prevention and Combating of Corrupt Activities Act.

The business rescue practitioners refused to confirm or deny the existence of the report, but amaBhungane has seen a copy, which sets out in detail what happened on April 11:

Leaked Eskom minutes, broadcast on Carte Blanche in June, show that about six hours after Howa was informed that the banks would not stump up the funding, Eskom held a “special tender committee meeting” where it decided to hand Tegeta a R587-million prepayment for coal.

Tegeta’s purchase of Optimum from Glencore has been muddied by allegations of political interference and favouritism, particularly directed at mines minister Mosebenzi Zwane and Eskom.

Tegeta, through Oakbay Investments, declined to comment on this detailed timeline, saying it was “subject to an apparent ongoing investigation and the provisions of the Public Protector Act”.

Eskom and Oakbay deny that the approach for the R587-million prepayment was made after Tegeta failed to secure financing from the banks, saying that Eskom had been in discussions with Tegeta for some time.

“Following negotiations (of which we have proof and necessary documentation) we agreed that a prepayment be made against onerous provisions,” Oakbay said. “We cannot comment on how Eskom dealt with the transaction on their side save to mention that a formal agreement was reached, signed pursuant whereto an invoice was issued and paid.”

Asked by amaBhungane whether the prepayment was used – either directly or as security to secure third-party funding – to fund the acquisition of Optimum, Tegeta said: “Yes, although we could have obtained finance from any other source or business venture or bank, we utilised the money as we deemed appropriate. We deny that this was, in any way, inappropriate.”

In a public statement last night, Tegeta again denied that there was anything wrong with Eskom helping to fund its purchase of Optimum through the prepayment, saying: “[T]he pre-payment was perfectly legitimate and Tegeta was entitled to do with the proceeds as it saw fit.”

However, this directly contradicts statements made by Eskom and Tegeta about why the controversial prepayment was needed in the first place.

Since June, Eskom has repeatedly claimed that the prepayment was needed to open up new mining areas at Optimum’s Mpumalanga mine so that it could meet the requirements of delivering an additional 250,000 tons to Arnot.

The additional tons were needed, it said, to avert a coal shortage during winter.

In a statement to amaBhungane on Wednesday, Eskom repeated this claim: “[T]here was an indication that additional equipment was needed to reach the required tempo of coal delivery to Eskom that would mitigate the shortfall. Tegeta mentioned these as the factors that led the company to request a prepayment from Eskom.”

This echoes claims Howa made in an interview with Carte Blanche in June, when he claimed the prepayment was needed, among other things, to restart the drag lines, pay salaries, and for blasting.

“The fundamental question you ask me, what was the money used for, the money was used to service the Arnot contract,” Howa said at the time.

Despite this, the business rescue practitioners, who were tasked with running the mine, say they did not see a cent of the prepayment.

“Howa remarked that the prepayment had been made on the basis that [Optimum Coal Mine] was in business rescue and required money for its liquidity and for the start-up of equipment,” the section 34 report reads.

“We confirm that the prepayment was not made to [Optimum Coal Mine] and that [the mine] provides a 30-day payment term to Tegeta for the delivery of the coal.”

In written statements, Eskom and Oakbay Investments denied that the mine was entitled to receive any part of the prepayment.

Belatedly, Eskom is now seeking to characterise the prepayment as a loan, albeit one that would be repaid in coal at a very high price.

In a statement yesterday, the utility said:

“We can confirm that the full amount of the prepayment to Tegeta has been recovered via coal delivered to Eskom by the end of August 2016. During this period of time Eskom had sufficient security in place to cover any potential default by Tegeta.”

Eskom added that an internal audit review approved the prepayment in terms of the Public Finance Management Act and National Treasury regulations.

It said it had not been approached by the Hawks, but that “[s]hould the DPCI approach Eskom, Eskom will co-operate with the investigation”. DM

This story was produced by the amaBhungane Centre for Investigative Journalism

We are an independent, non-profit investigative journalism centre. Like this story? Be an  amaB supporter. Sign up for  our newsletter. Visit us at    amaBhungane.co.za.