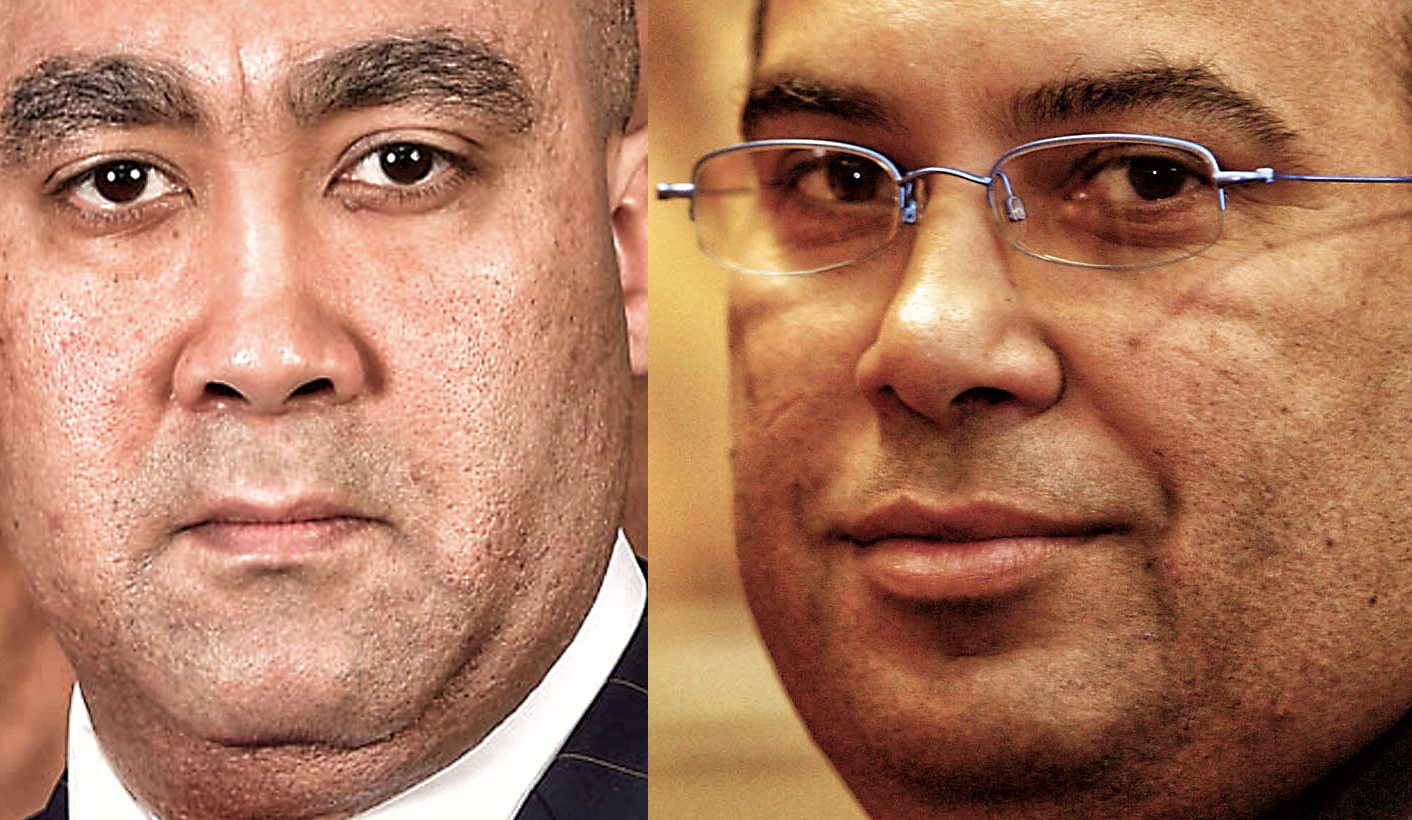 Developments within our politics are coming so fast that it can be difficult to follow them without getting a little dizzy. Since Tuesday last week we’ve seen the NPA charging Finance Minister Pravin Gordhan with fraud, Gordhan refusing to make submissions to the NPA, Gordhan’s countermove of revealing the R6.8-billion worth of suspicious Gupta transactions, and then the statement by Deputy President Cyril Ramaphosa that he backs Gordhan. Right. Take a breath. Because dear reader, there is more. Now, on Monday, the NPA has announced it’s received submissions from the other two accused in the Gordhan case, which means the charges could actually be withdrawn. And, right on time, another huge chink in the armour of the Gupta empire has been exposed, as the Oakbay CEO Nazeem Howa has just resigned. By STEPHEN GROOTES.

On Monday evening the NPA announced, through a statement, that its head, the much-pilloried of late Advocate Shaun Abrahams, has received submissions from two of the accused in the Gordhan fraud case. One must remember that the case relates to the pension payout approved by Gordhan for Ivan Pillay, who was the deputy commissioner at SARS for many years. The other accused, in fact the person known as Accused Number One in this case, is Oupa Magashula, the former commissioner of SARS who was also involved in the decision to approve the pension for Pillay.

On Friday, Gordhan himself had said that he was not going to lodge a submission and ask Abrahams to withdraw the charges against him. Under the NPA Act, a person can make submissions and ask the National Director of Public Prosecutions to withdraw a charge, before the actual court date. So far, the most effective use of this provision has been by one Mr JG Zuma back in 2009. But Gordhan said, specifically, that he was not going to avail himself of this opportunity for the simple fact that he did not think he would get a fair hearing. After all, he said, Abrahams hadn’t just lodged the charges and issued a summons, he had held a televised press conference, and was clearly determined to push things through.

Well, on Monday, we now know, Pillay and Magashula did make a submission, through their lawyers. One must feel slightly for Magashula in all of this. To all intents and purposes he seems to be almost a collateral damage. If this is a political hit on Gordhan, then he became Accused Number One simply because the charge would look ridiculous without him. So of course it would be in his interests to make such a submission, if just to get this out of his life.

But the legal nature of this charge means it would be even harder to sustain should the case against him with be withdrawn. It would mean that the NPA looks even more like a politically driven institution than it does at the moment, to press ahead with this, while dropping charges against Magashula.

Things seem a little more complicated with Pillay. He is surely very close to Gordhan, and one would expect their legal teams to be working closely, if just because they may also have to fight charges around that controversial ‘rogue’ unit at some point. The other point to make is that if Abrahams was so confident of his ground when announcing the charges last week, it would surely be quite tough to convince him to change his mind this week. And, on the face of it, one would think that Gordhan is correct, that he could not really expect a fair hearing.

However, that doesn’t seem to be the case. Pillay’s advocate for the purposes of this stage of the proceedings is the well-known Nazeer Cassim. It was he who was due to chair an inquiry into the fitness for office of the former NPA head Mxolisi Nxasana, before it was cancelled literally at the last minute. Cassim has now told EWN that he received a “fair and very dignified hearing” that saw “healthy engagement” with questions that were “pertinent and relevant”.

It’s difficult to know what to make of this. On the one hand, very little has happened to suggest that Gordhan’s original interpretation is wrong. It is easy here to just presume that Abrahams is simply doing it for show – tone can matter when you are trying to prove you are even-handed. On the other, why would Pillay make submissions if he is pretty much in the same position, and probably on the same hymn sheet, as Gordhan? One could wonder if perhaps all of the criticism of Abrahams’s decision has had an effect. No credible legal expert has come forward to defend him, pretty much every single one has castigated him. including no less than two former Constitutional Court judges. And certainly Abrahams at some point has to consider his own reputation. Zuma will not be President forever. Should Abrahams become our first ever NDPP to finish his full 10-year term, Zuma would be history by that stage. He wouldn’t want his entire term to be marred by his conduct here.

Then there is the question of tactics. Perhaps it would be useful to drop these charges, and then, when everything is ready, proceed with the charges around that unit. Or maybe that would be the wrong strategy, it could be better to just throw everything at Gordhan all the time in the hope that some of it sticks.

At the moment, this is a tough call. But just the fact that Pillay has made the submission, and his advocate has called it a “fair hearing”, is surely significant.

Then, to the other development on Monday. The announcement by the Oakbay group of companies that its CEO, Nazeem Howa, has resigned with immediate effect.

Howa has played a crucial role for the Gupta family. He joined the group as the CEO in 2011, after a long stint at Independent Newspapers. But his role has become much more than that. It has morphed, in the public mind at least, into the person who has to defend the Guptas, and their companies, in public.

This has been difficult to do. In at least one interview he has appeared to become emotional because of the claims against them. Howa’s name and that of the surname “Gupta” have become inseparable, to his detriment.

The reason that we have been given for his resignation is “health reasons”. Well, that is likely to receive a cynical reaction. Many might smile knowingly and ask if that was simply because “personal reasons” has been over-used. Of course, it could be true, but without prying, we will never know.

But it will lead to speculation if the real reason he has left the group is because of the claims around those “suspicious transactions”. No matter how you look at it, R6.8-billion is a lot of money. Even in dollars. He probably does not have the right of domicile in Dubai. And if the Gupta family are actually now living there, and are planning to just give up everything here, he would be the person left holding the baby.

As anyone with friends who are parents will tell you, that can be an uncomfortable position.

If there was any serious independent state-backed investigations agency left in this country (Well, let’s see, the Hawks no, the police no, the Special Investigations Unit, no, what happened to the Scorpions again? – Ed), Howa would stand a strong chance of becoming Witness Number One for the prosecution, should a case ever proceed. There is probably very little chance of that happening. But it does seem that Howa may have realised which way the wind is blowing, and that it was time to jump ship.

He is unlikely to say that in public, but it is going to be fun for everyone to try to ask him.

Such is the nature of our situation at the moment that we can expect developments like this to come thick and fast. If you are dizzy, it’s not only you. It’s the country. DM