Cricket: No Steyn, no KG, no AB, no problem as Proteas...

Cricket: No Steyn, no KG, no AB, no problem as Proteas pile misery on Australia 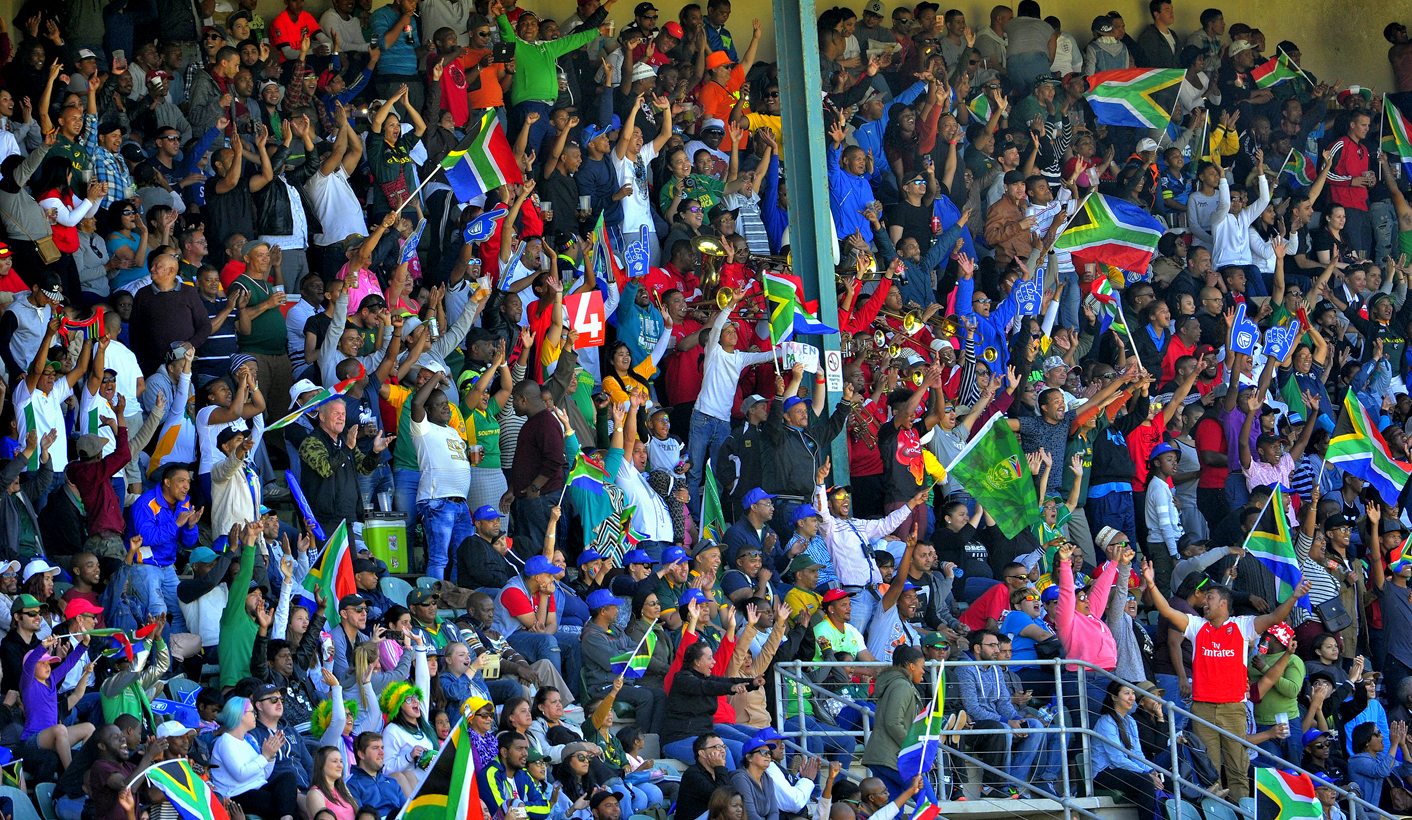 Photo: The spectators during the 2016 Momentum One Day International Series game between South Africa and Australia at St Georges Park

South Africa are one match away from whitewashing Australia in the five-match one day series, giving those players who switch between coloured and white clothing a much-needed confidence boost ahead of their trip Down Under for a three-match Test series beginning in November. By ANTOINETTE MULLER.

South Africa further piled misery on Australia on Sunday when they won the fourth of five ODIs by six wickets with 87 balls to spare. The win puts South Africa in touching distance of whitewashing Australia in a one-day series for the first time ever as the teams head to Cape Town for the final fixture.

Sunday was one of those days when everything just went South Africa’s way. Despite losing the toss and being asked to bowl, the Proteas dismissed the tourists for a measly 167 in 36.4 overs, without the help of Dale Steyn or Kagiso Rabada and, of course, AB de Villiers, who was ruled out of the series entirely.

With the series all wrapped up, Kyle Abott, Aaron Phangiso and Tabraiz Shamsi were drafted in to test the team’s bowling depth. Despite having no raw pace options up front, Abbot’s slower but fuller deliveries and the wily spin from Shamsi and Phangiso saw Australia bundled out for their lowest first innings total in ODIs since 2014 (154 in Perth, also against South Africa).

South Africa’s response to the total was not pristine, but was led from the front by captain Faf du Plessis, whose 69 off 87 ensured the bulk of the task was taken care of. Du Plessis’ captaincy has been sublime in this series with everything from managing his bowlers to his performance with the bat rubber-stamping his credentials as a leader in limited overs cricket.

Under his watch, the Proteas seem to have regained a certain ruthless edge which has often been absent in recent months. A clean sweep of the series will reaffirm that and might tempt the South African brains trust to consider appointing him in the position permanently, to give current ODI and Test captain AB de Villiers a bit of a reprieve as the Proteas continue one of their busiest seasons in quite some time.

But Du Plessis isn’t the only one who stands to gain from this series. The result is another timely victory for the under fire coaching staff, who have copped nothing but flak since South Africa’s dismal display against England in the Test series earlier in the year and the poor showing that followed in the World T20 thereafter.

While both teams in this series are playing with “reserve players” in parts, it has taken an immense effort to deliver such consistent performances across the four matches so far, especially under pressure. Equally impressive has been the strength in depth and the emergence of new players and the development of players who have, at times, been on the fringes of the squad.

Andile Phehlukwayo has been a revelation and although much of the credit for his emergence should go to his former franchise coach, Lance Klusener, as well as Cricket South Africa’s “finishing” school – the academy week which spans three months ahead of each cricket season when Vincent Barnes and Shukri Conrad tweak and tinker with emerging youngsters – his transition into international cricket has been seamless. That Phehlukwayo is only 20 years old bodes well for the future of South Africa’s all-round prospects and has laid a marker down for what is to come: a hark back to the days of Klusener and Shaun Pollock.

Equally impressive has been the nurturing of Phangiso and the arrival of Shamsi. Phangiso’s career has come with ups and downs (on and off the field), but his average for 2016 is the lowest it has been for any calender year in his career to date (16.80) and he has already equalled the number of wickets he took in seven matches in 2014 – the last time his average for a calendar year was below 60.00. Phangiso’s strike rate is also the lowest it has been in a calendar year (21.6) which means South Africa suddenly has three spinners to pick from if Shamsi is added to the mix. Spin bowling coach Claude Henderson has clearly been earning his keep.

But while South Africa is making strides in coloured clothing, limited overs cricket, especially out of a tournament context, matters very little, though, and all eyes will be on the coaching staff and players as the team heads Down Under for a three-match Test series next month. This series victory will certainly give those who switch between coloured and white clothing a confidence boost, but the climb back to the top of the Test rankings needs to be built on more than just confidence. DM

Photo: The spectators during the 2016 Momentum One Day International Series game between South Africa and Australia at St Georges Park, Port Elizabeth on 9 October 2016 © Deryck Foster/BackpagePix