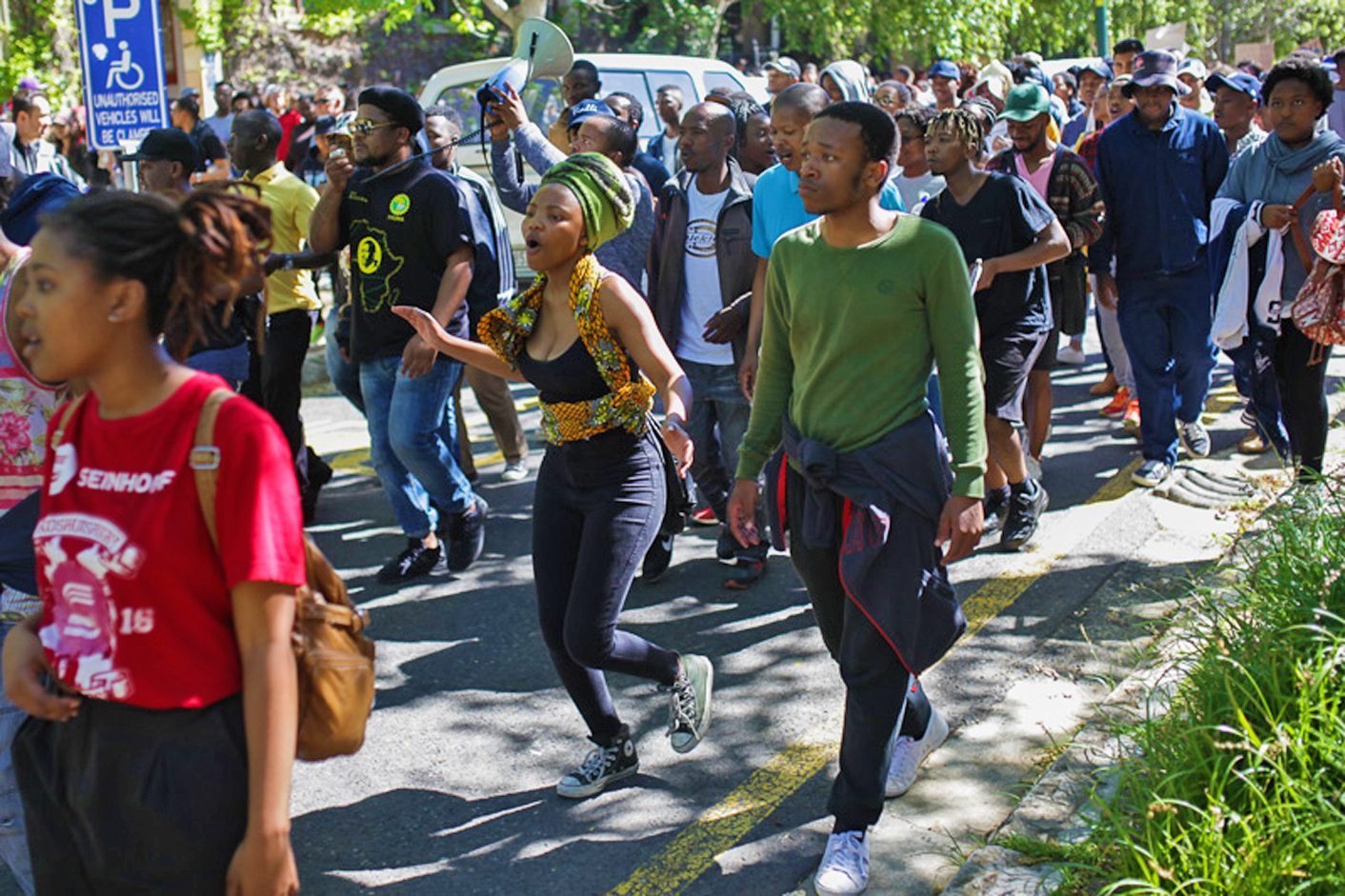 “I have to pay my NSFAS loan back next year. Are they going to help me pay that loan back?” By GROUNDUP.

As protesters blocked the entrances to the University of Cape Town this morning, creating barricades, turning over rubbish, and disrupting classes, many students arrived on campus hoping classes would resume.

“We are final year students. We have jobs lined up. [If they don’t open] we are basically screwed,” said a final year social work student who is also on a National Student Financial Aid Scheme (NSFAS) loan.

She said that last year she had supported the protests but this year there are “50 students hijacking my life and my livelihood.”

“We [as social workers] provide social assistance to the most vulnerable communities in South Africa. We have to register with the South African social work profession and we cannot do that [if we don’t graduate],” she said.

“This is ridiculous. It has gone on for too long. Management needs to take a stance. We either open or we don’t open.”

“We came here for a purpose. Some of us worked so hard to get to this institution. I worked my butt off to get excellent marks. It’s my final year. I don’t know if these people actually understand how so much is in jeopardy. Everything is riding on me finishing this degree,” she said.

Calling the current protests “thuggery”, she said she had been threatened by protesters this morning who said “we are coming for you”.

“I refuse to just sit on the side and be bullied by these people,” she said.

She said that if protests were violent and  lectures were disrupted,  security should be brought onto campus.

Her friend, also a final year social work student, is Zimbabwean and is worried about renewing her study permit, which she will have to do if she needs to come back next year.

“[But] I can’t get any documents because UCT is closed. I have to do it 30 days before it expires,” said the Zimbabwean student.

“Not only that, but I have my own struggles. My parents are paying loads of money for me to be here. I don’t understand. I do sympathise with the students but I don’t understand why it’s taking so long for everyone to get to an agreement. And so many students want this campus to be opened. Having to redo this whole year is not feasible.”

Next year she plans to go to Australia with her husband and young daughter but she is uncertain if she will be able to do so if the protests continue.

Asked what she thought about bringing security onto campus, she said that as a Zimbabwean she had witnessed how situations can get out of hand when security forces are involved. But, she said,    “if they are here and make me feel safe then fine”.

A mathematical sciences student, who is also on an NSFAS loan, said while he did support the movement for free education he wanted campus to remain open.

This morning his statistics lecture was disrupted by protesters who forced the class to end.

“[The closure of the university] is going to affect many people. If we don’t continue [this year] people who are coming from my school won’t be able to come to university next year [as current students would be redoing their courses],” he said.

He said that Minister Blade Nzimande’s announcement that universities could decide on fee increases with a cap of 8% and that those on NSFAS or with household incomes of less than R600,000 a year would have the increase subsidised, was “fair”. He added that the Fees Commission was not yet complete so people couldn’t expect an announcement on free education this year.

A first year computer science student said that his maths lecture had been disrupted this morning after the building’s alarm was set off.

“We don’t want to do this semester again next year. It is difficult as well. Need to somehow get the academic year done.”

He said he supported some of the protesters’ demands but some were “irrational”.

Attempts by GroundUp reporters to interview protesters were unsuccessful. Protesting students were reluctant to be interviewed. DM