Sk8 for Gr8: The creative collaborative hoping to redes...

Sk8 for Gr8: The creative collaborative hoping to redesign the futures of Woodstock’s kids 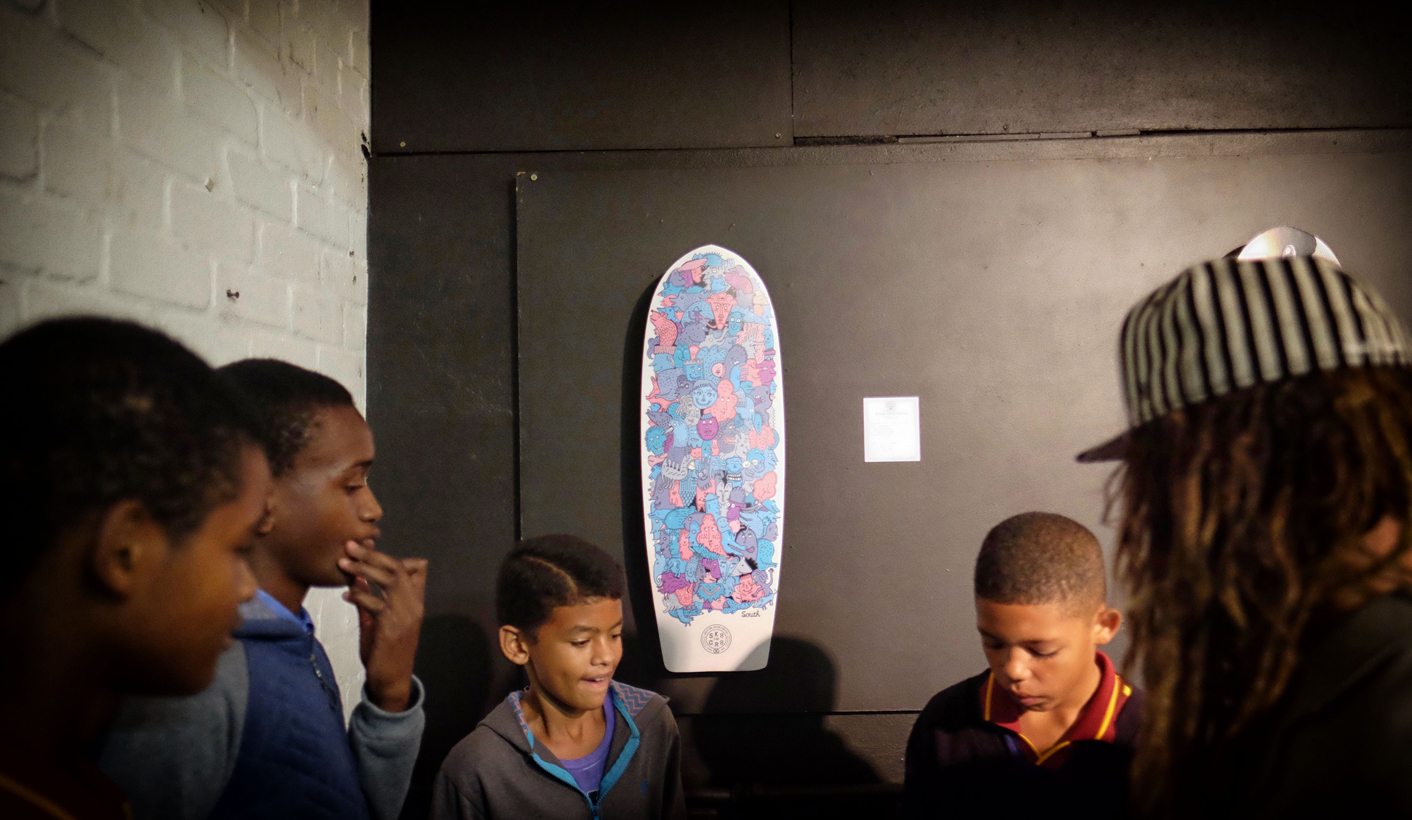 After chatting to some of the kids in the Woodstock community, Alison Parker realised that their views on the job market were somewhat one-dimensional. Through Sk8 for Gr8 she is hoping to redefine the perceptions of kids in the area and create a sustainable social enterprise based on creative thinking. By ANTOINETTE MULLER.

Question: What did you want to be when you were growing up and why?

Next question: If you have kids of your own, what do they want to be?

Chances are the answers to both those questions depend on a variety of factors. Maybe your mother was a nurse and you wanted to be a doctor. Perhaps you had an amazing teacher and you wanted to be just like them. You might work in the creative industry and your kids might want to follow in your footsteps, drawing pictures for a living. The point is that our career choices are often shaped by the people we are exposed to at a young age.

While there are now more careers than ever for young people to choose from, many are not aware of the opportunities available to them. The reasons for this vary. Often, it is because there is a stigma attached to the jobs that aren’t considered “traditional”. In an ever-changing work landscape, this is damaging, because just as with transformation in sport, there must be thousands of kids whose creative talents are never discovered because they were never given the opportunities to express themselves or they simply weren’t aware of the opportunities available to them.

Enter Alison Parker and Sk8 for Gr8. As a Woodstock resident, Parker started hanging out with the kids in the area and chatting to them about their hopes for the future. She soon realised that few – or none – of them knew that there is a career available in creative fields. For kids who do not have an aptitude for maths or science, subjects considered a must by many career traditionalists, this can often be a revelation and, quite often, life-changing.

“But I don’t just mean creative careers in the sense of becoming an artist or a designer. I also mean using creative thinking to start a business or simply to solve an issue,” Parker tells the Daily Maverick.

Despite Woodstock being a hub full of creatives, artists and entrepreneurs in all walks of life, Parker says she found it quite shocking that kids weren’t aware of the opportunities beyond the traditional job market – and so, Sk8 for Gr8 was born.

The concept is quite simple. It pairs up talented designers with kids to mentor them in design and expose their minds to exceptional skills and opportunities. By doing this, Parker hopes to bridge the opportunity gap for kids from the area – and beyond – and create a business that uses design thinking to create a sustainable social enterprise.

To do this, the kids in the workshops pair up with a designer and design a skateboard deck as part of a four-day workshop that encompasses many skills. The decks – and some prints – are then sold off in Sk8 for Gr8’s online shop and put back into funding future workshops. The designers involved all do the work pro bono and the long-term mentorship is entirely up to them. One pair from the inaugural workshop have gone on to create a T-shirt range together.

This organic growth is exactly the kind of thing that Parker hopes will continue to blossom from future workshops. Igniting the creative spark – be it a love for art and design or helping lay the foundation for a future entrepreneur – is all part of the process.

Skateboards are used because Parker feels that the sport encompasses much of the creative process. Not only does skateboarding give kids freedom, but even the tricks that are invented and adapted are borne of thinking differently and problem solving. Every single thing on a skateboard is carefully considered – and doesn’t always require the “traditional” skills and aptitudes kids are taught they need to enter the job market.

But skateboarding, Parker says, also builds a sense of community. The friendships that are formed when dashing down a big hill on a board often last for life. And in communities like Woodstock, which are becoming ever more divided through gentrification, this is critical.

For Parker, collaboratively changing the community where she lives is critical and, as with many successful transformation initiatives, the work doesn’t just stop once the workshops are done. Many of the kids who attend the workshops come from a few streets away from where Parker lives. It’s not unusual for them to pitch up at her house to “hang out” or just sit around and read. She has learnt to put boundaries in place to ensure the relationship doesn’t become too cosy, but hopes to use this as a platform for something even greater.

“There are plans afoot to build a skate park in Woodstock. I would love for that to become a hub where kids can skate after school, do their homework, be tutored and enrich themselves even further,” Parker says.

She hopes that once that skate park is build, the workshops can expand to incorporate not just design and creative teaching, but also have a full day of skating fun. For those not familiar with creative transformation it might sound like some sort of far-fetched utopian ideal. For people like Parker, with a passion for people and social enterprise, it’s simply a sustainable pathway to social change. DM