Why will the Hawks not investigate SARS second-in-command? 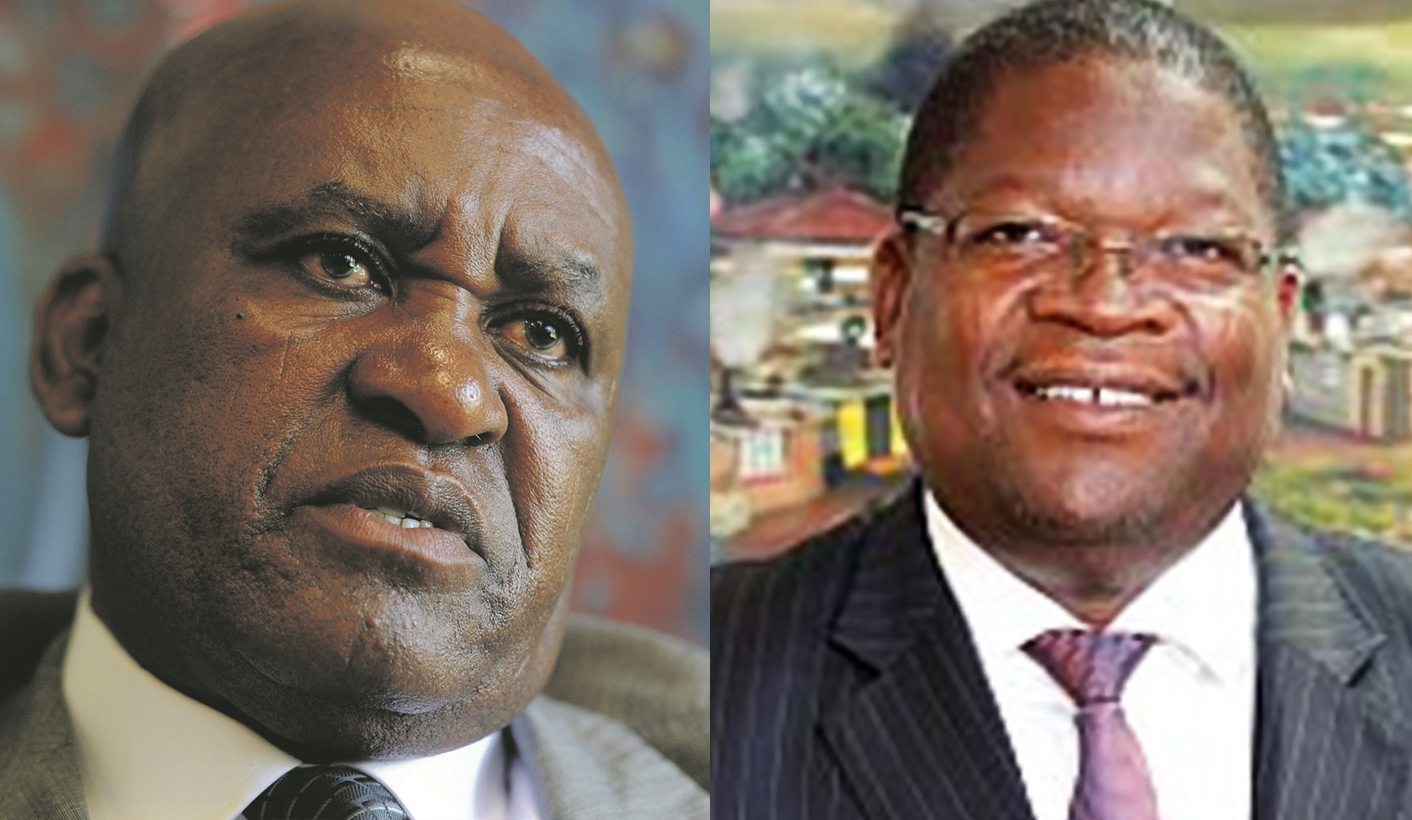 President Jacob Zuma finally paid back R7,814,155 for the non-security upgrades at his Nkandla home. It is due to independent and credible institutions, the Office of the Public Protector and the Constitutional Court, that the president was made to reimburse the state for undue benefits. But other institutions continue to be compromised by scandal and political agendas, allowing for impunity and cover-ups. Suspicious deposits into SARS chief officer Jonas Makwakwa and his partner’s accounts have been flagged as possible proceeds of crime or money laundering. But the Hawks deny they are investigating the matter despite two of their units being seized with the evidence for several months. By RANJENI MUNUSAMY.

It seems quite surprising that South African Revenue Service (SARS) second-in-charge Jonas Makwakwa has not yet been summoned to the Hawks’ offices for a “warning statement” or even a friendly chat about the alleged series of deposits into his bank account and that of his common-law wife Kelly-Ann Elskie, who is also employed at the revenue service. The Directorate for Priority Crime Investigation – the Hawks – has had evidence, including bank statements and photographs, in its possession for over four months. This was part of a report by a banking regulator stating that the “suspicious and unusual” transactions “require investigation” to determine whether Makwakwa was involved in criminal activity.

But even on Monday, Hawks spokesman Brigadier Hangwani Malaudzi maintained there was “no docket registered” and that this was a SARS internal matter.

In comparison, the Hawks were quite keen to order Finance Minister Pravin Gordhan and former SARS officials Ivan Pillay and Johan van Loggerenberg to their office in Pretoria last month for “warning statements” in connection with criminal charges that have yet to be defined.

The Hawks continue to search for evidence in what has become known as the “rogue spy unit” case that will allow them to arrest Gordhan, Pillay and Van Loggerenberg. As Gordhan pointed out at Daily Maverick’s The Gathering in June, neither he nor any of the officials “accused of all sorts of things have ever stolen one cent of public money”. But this remains the highest priority case being pursued by the Hawks.

Daily Maverick understands that Hawks’ investigators in the Crimes Against The State (Cats) unit have been working for some time with two National Prosecuting Authority (NPA) advocates, Torie Pretorius and Chris Macadam, on the SARS case to prepare the docket for prosecuting Gordhan, Pillay and Van Loggerenberg.

Late last month, the docket was officially handed over to the NPA. The National Director of Public Prosecutions Shaun Abrahams has not yet made a decision on whether to prosecute the case. The Hawks struggled to get incriminating testimony against Gordhan, Pillay and Van Loggerenberg, even resorting to questioning former finance minister Nhlanhla Nene and former SARS commissioner Oupa Magashula over their knowledge of the special intelligence unit at the revenue service.

The chase for evidence against Gordhan and others is markedly different from how Makwakwa’s matter is being handled, despite large amounts of money being involved.

The matter came to light through a report by a banking regulator on numerous large deposits into Makwakwa and Elskie’s accounts – at least R1.2-million between March 2010 and January this year.

“MJM’s personal bank account is the primary account used to receive and disburse funds. Credits into this account have increased yearly from R1,358,817.01 in 2010 to R3,418,925.43 in 2015 (approximately 152%). Likewise, MJM’s payments have grown over this period, creating a dependency on suspicious cash deposits and payments to maintain his current standard of living. These payments and cash deposits are of concern as they originate from unknown sources and undetermined legal purpose.”

“The volume and value of cash deposits are highly unusual as MJM is permanently employed. These aforementioned cash deposits should be investigated to determine whether these funds… received by this SARS employee constitute payments of proceeds of crime arising from corrupt activities as defined in the Prevention and Combating of Corrupt Activities Act 12 of 2004, in light of the position of authority held by MJM.”

Daily Maverick has learnt that the information was handed over to Brigadier Lulu Seabi at the Hawks over four months ago. Seabi apparently tasked both the Priority Anti Corruption Unit and the Commercial Crime Unit, both subdivisions of the Hawks, to investigate the allegations. But the matter has proceeded no further. On Monday, Mulaudzi, the Hawks spokesman, said there was “no docket registered” and that he would need to contact Seabi about whether she had knowledge of the matter. By late last night, he had not responded to Daily Maverick.

As reported in Daily Maverick on Monday, the information was also handed to SARS Commissioner Tom Moyane on 17 May. Moyane kept the matter under wraps but tasked the head of strategy and communications at SARS, Hlengani Mathebula, to look into the allegations.

On 23 August, Democratic Alliance MP David Maynier questioned Moyane on the matter at a finance portfolio committee meeting in Parliament. Moyane would only say there were “ongoing investigations” that he could not comment on. A week later, Makwakwa was given written notice of SARS’s intention to suspend him. He had seven days to present reasons why he should not be suspended.

So where does the matter go now and at what point does the South African Police Service begin to investigate the transactions to and from Makwakwa’s accounts? The problem with the Hawks having special investigative powers but using them to gun for political targets is that real high priority crimes are neglected. The allegations contained in the banking regulator report involve the second most senior official at South Africa’s revenue service, the body responsible for collecting taxpayers’ money – R1-trillion in the last financial year.

There is no saying where the money going into Makwakwa and Elskie’s accounts came from and who else might be receiving funds. It is also unclear whether there might be other cash that was not channelled into their bank accounts but might have been moved differently. The reluctance of the Hawks to investigate the matter raises suspicion about whether there are other figures involved who might be identified in the course of the investigation – if they have not been already.

But it is not only the Hawks who do not want to touch this hot potato. Moyane is about to come under severe pressure about why he sat on the evidence and took no action against Makwakwa until he was confronted by Maynier.

Ironically, it is Pravin Gordhan, the line function minister, who might have to commission an inquiry into the allegations against Makwakwa and Moyane’s cover-up, as he did with Magashula when there were allegations of impropriety against him during his time as SARS commissioner.

There has been bad blood between Gordhan and Moyane for some time and it is no secret that the minister wanted the SARS commissioner removed from the position from the moment he was reappointed in December. Moyane has enjoyed special political protection and therefore stayed on in his post despite the friction with Gordhan.

The new developments at SARS set the scene for yet another awkward situation between Gordhan and President Jacob Zuma. It is also ironic that Makwakwa and Moyane got themselves into this mess without the finance minister being involved. With a little help from their friends at the Hawks, the matter remained buried until now. But with the lid being blown off, both SARS and the Hawks have some explaining to do. DM