The Muslim Marriage Bill: Will it finally see the light of day? 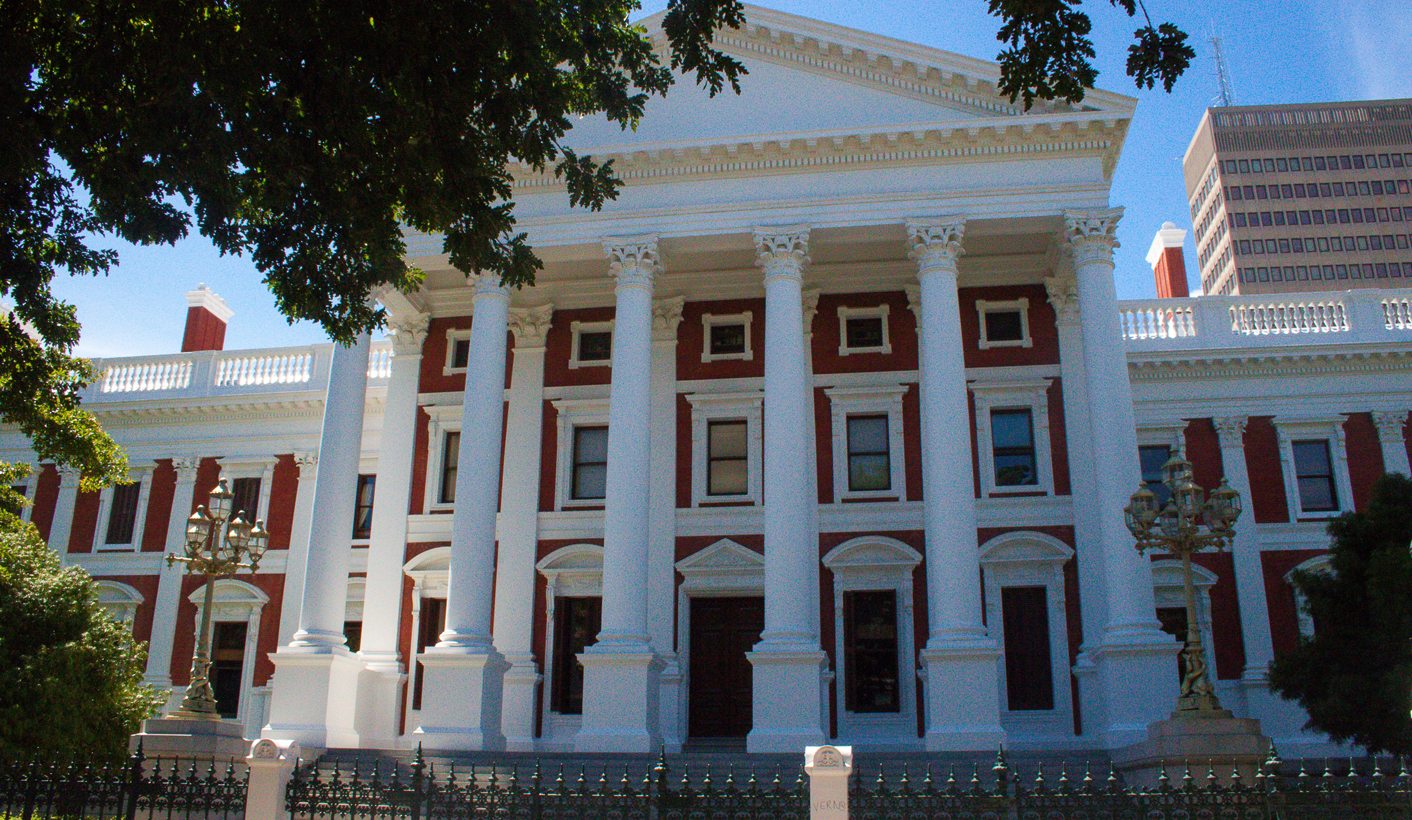 “The ongoing violation of the human rights of women in Muslim marriages has been the subject of a 10-year law reform process, which has apparently ground to a halt,” the Women’s Legal Centre (WLC) said in a statement earlier this week. “The WLC are taking the South African Government to court for failing to pass legislation that will give recognition to Muslim marriages.”

This date with the High Court has been a long time coming. Under apartheid – in terms of the Marriage Act 25 of 1961, if one prefers specifics – Muslim (Nikah) marriages, Hindu marriages and other traditional marriages were not given the same legal recognition as civil marriages. The Recognition of Customary Marriages Act, which was enacted in 2000, delivered some reforms, but failed to recognise Muslim marriages, thanks to wording that specifically included only “customs and usages traditionally observed among the indigenous African peoples of South Africa, and which form part of the culture of those peoples”.

The Muslim Marriage Bill, which eventually followed the investigations of a dedicated Project Committee on the South African Law Reform Commission, has still not been enacted. The deadline for public comment on the Bill passed in 2011.

Fast forward to late 2015, and a legal representative for two Islamic organisations argued that the legal centre was unfit to appear before the Western Cape High Court to fight for the recognition of Muslim marriages.

“It is comparable to my pet cat Roshan appearing before the court,” Advocate Zehir Omar told Judge Siraj Desai.

On behalf of his clients, the Lajnatun Nisaa-Il Muslimaat (the Association of Muslim Women of South Africa) and the United Ulama Council of South Africa (UUCSA; one of two organisations with the same name), Omar added that the legal centre’s wish to give legal recognition to Muslim marriages was unconstitutional, because it singled out Islam rather than other religions which also faced issues of gender equality.

The president, Ministers of Home Affairs and Justice and Correctional Services respectively, as well as the Speaker of the National Assembly and the Chairperson of the National Council of Provinces, all filed papers opposing the legal centre. They argue that Muslim communities are not in favour of the legislation.

But the WLC, for its part, is also basing its approach on the Constitution. Women’s Legal Centre Attorney Hoodah Abrahams-Fayker told Daily Maverick that the practice of discriminating against Muslim women should not be accepted in democratic South Africa.

“We are hoping that the Court will agree that the non-recognition of Muslim marriages is unconstitutional,” she said on Wednesday.

In the legal centre’s engagement with communities nationally, there has been support for legal framework to recognise Muslim marriages, she added.

Nonetheless, the delay in resolving the issue is partly due to divided opinion among Muslims, say both Abrahams-Fayker and UCT Associate Professor in law, Waheeda Amien.

“The freedom of religion clause in the Constitution includes a proviso that any legislation purporting to regulate religious personal law systems or religious marriages, cannot conflict with other provisions in our Bill of Rights including gender equality,” Amien wrote in 2015.

Abrahams-Fayker believes there is not sufficient reason to prevent legal recognition of Muslim marriages.

“The major challenge is that a few Muslim communities consider that enacting legislation to govern Muslim marriages affects the ‘purity’ of the religion of Islam,” she told Daily Maverick. “[Regarding the delay], that is exactly what we are asking the court. The South African Law Reform Commission investigated the issue a long time ago, there is a draft Bill, the courts have acknowledged that non-recognition of Muslim marriages is discriminatory, but still no legislation has been passed.”

In 2015, Omar argued that the entire hearing disrespected Islam – and Muslim women, who he argued were comprehensively protected.

“The motive is to undermine Islam,” he said. “Their aim is to erode away the teachings of the Qur’an and Sharia.”

Muslim law, he added, provided for the protection of women, where for instance the man is obliged to maintain his ex-wife for a period following the divorce.

“In South African law, after the divorce, it is finished,” Omar told the court.

The problem comes in, however, with enforcement of the requirements of Islamic law. At present, there are no legal consequences for a man who does not protect his wife; who ill-treats her against the instruction of the Qur’an; and who does not – contrary to Islamic teachings – provide for his wife (or wives) and children. A woman married under Islamic law but not under civil law has precious little protection outside of her community. Clergy and Sharia courts, says Abrahams-Fayker, frequently side with men. And if, in this instance, a woman is treated unjustly, she then has little or no legal recourse.

Amien argues that although Islamic law does to some extent protect women, the lack of legal support also results in damaging ignorance of women’s rights – particularly among women themselves.

“[M]any women are unaware of their Islamic law rights and even when they are aware, they seldom have the negotiating power to assert them.”

A further difficulty is in the issue of polygamy. In 2015, some 100 Imams (Muslim clergy) underwent the necessary training to become marriage officers, which did ease the process of combining religious and legal marriage for those who wished to. However, this still leaves some wiggle room where there is more than one wife. In this case, the second (or third, or fourth) wife is not protected with respect to inheritance, dependant’s claims, etc.

Amien has noted a number of the complexities surrounding the Muslim Marriage Bill.

“The first, and it appears the most contested issue, is whether or not a secular state should be regulating a religious family law system that has for centuries been regulated within the private domain by members adhering to that religion,” she writes.

“Those adopting the position that the state should not be interfering in the private matters of a religious community echo the laïcité approach of the northern and western hemispheres. Ironically, it is precisely the laïcité approach that is being used today to discriminate against Muslim women in many European countries. A similar approach was previously used to advocate against state intervention in domestic violence because the latter was perceived to fall within the private sphere of the family and not within the domain of the state.” It is the state’s duty, however, to intervene where there are inequalities or other abuses, believes Amien.

In a nutshell, says the Women’s Legal Centre, lack of recognition for Muslim marriages has numerous potential ramifications. Whether a wife has a right to inherit from her deceased husband, to whom she was married according to Muslim rites, is an issue; as she is not defined as a wife in terms of SA law. Where a Muslim wants a divorce in terms of her Muslim marriage, she cannot automatically turn to the courts for a decree of divorce, or for a determination of the proprietary consequences (i.e., who is entitled to which portion of the marital assets), and care of the children. Pensions, maintenance claims and housing applications can be affected.

Muslim marriages are dissolved by Muslim clergy and/ or Islamic tribunals, which can have an adverse impact on Muslim women, Abrahams-Fayker adds.

“A husband can grant a unilateral divorce, where the issues of property distribution of the marital assets, maintenance and the children’s care has not been decided. Further, in cases where a Muslim woman exercises her right to apply for a divorce, it is not easily granted as the clergy are all male… decisions are sometimes biased in favour of men.”

And where the clergy or tribunal do rule in favour of women, the ruling is not enforceable, since it is not a direction from the court.

“Of concern to the WLC is the many Muslim divorces that take place without the oversight of the court and the advice of the Family Advocate regarding what is in the best interests of the children,” the centre said in a statement on Monday. “In the case of civil and customary divorces there is judicial oversight, but this is not the case with Muslim divorces.”

There is room for legal regulation of faiths in our country, believes Amien.

“In light of South Africa’s history of discrimination on the basis of, among others, race, gender and religion, we adopt an approach that is tolerant toward, accommodating of, and in fact celebratory of religion. Moreover, our Constitution enables our government to enact legislation to regulate religious personal law systems or religious marriages.” According to her, it is “not entirely accurate” to argue that the Bill does not comply with Islamic law; it “is formulated within an Islamic law paradigm.”

This debate is not just gaining momentum in South Africa. Early in September, a Sharia scholar in the UK argued that British courts needed a more comprehensive strategy to protect Muslim women married religiously.

In the US, the matter of “personal laws” versus “social reforms” has been raised in the Supreme Court.

In Malaysia, there is also some confusion regarding religious versus national law.

And in India, the matter of triple talaq (divorce by means of a man uttering three times that he no longer wishes to be married to his wife) has been under the spotlight.

Locally, however, a leading concern for the Women’s Legal Centre is that the courts may rule that legitimising Muslim marriages will be unconstitutional, since women are not treated equally in Islamic law. At this stage the Constitution, it appears, could swing matters either way. DM