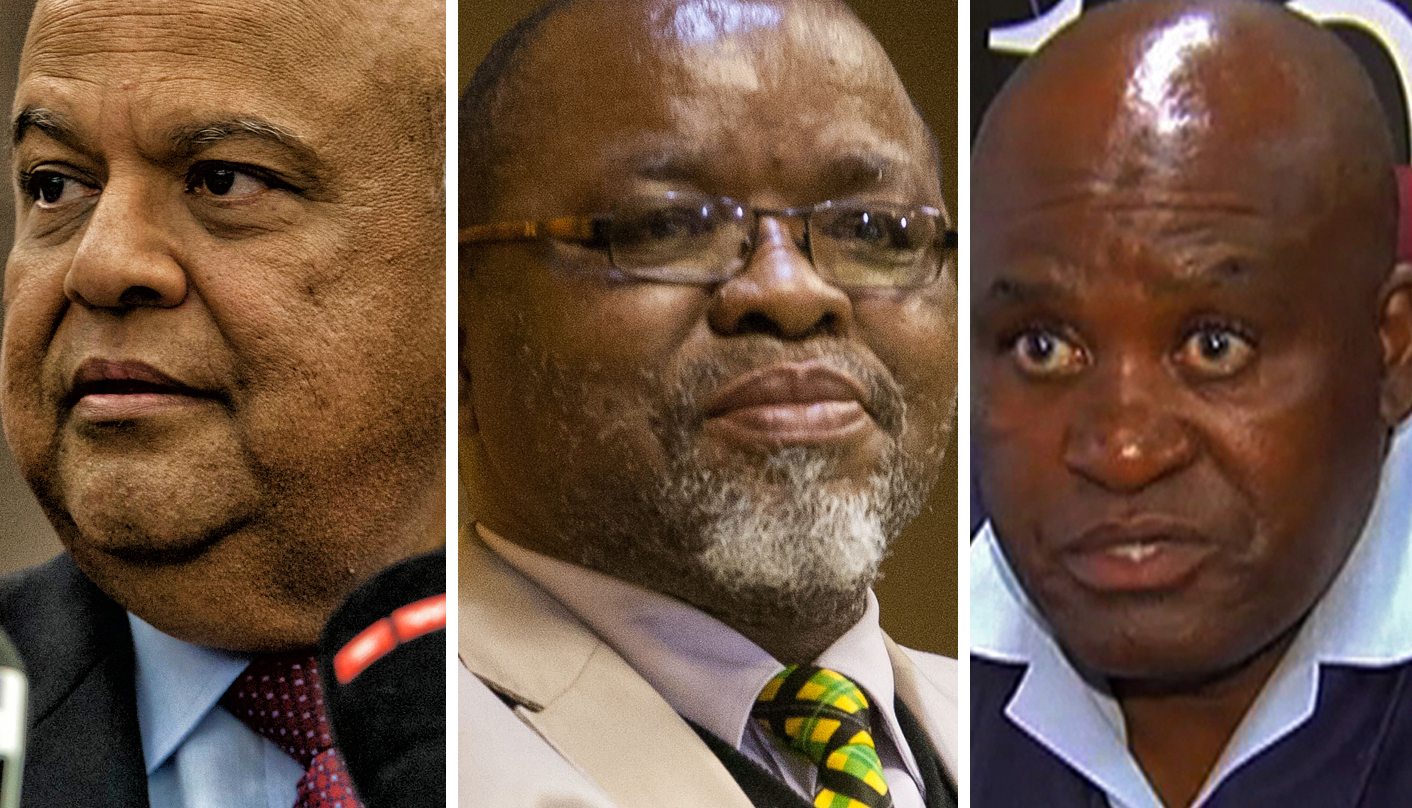 In the fog of the war between the Hawks and Pravin Gordhan, the dust that has been kicked up has tended to obscure the real playing field. It is not the law, it is not the politics – it is about credibility. In the court of public opinion, particularly after the local elections, credibility is the biggest weapon. If you do something that is not credible, public opinion will shift against you, the markets will move, and predictions about the 2019 elections will start to change. Which is why it is so odd that the ANC will not pronounce itself upon the credibility of the head of the Hawks. By STEPHEN GROOTES.

In my reporting of the dispute between the Hawks and the Finance Minister, both in this online daily and on the radio, I have mentioned one particular fact more than any other: Mthandazo Ntlemeza was found by a judge to have lied under oath. I mention it because no one has made a similar claim, or finding, against Pravin Gordhan. For me, it feeds directly into the claim that the Hawks are being used for political purposes.

Earlier this week, I asked the question: how would this entire issue be seen if Vusi Pikoli, or someone of similar integrity, was the head of the Hawks. No one, and I really do mean no one, would be backing Gordhan right now. There would be calls across the board for him to give the Hawks their warning statement. Even with his own particular track record of integrity, Gordhan would be under intense pressure. Because, in the credibility war, the weaponry of both sides would be equal.

It is for this reason that on Tuesday, at Luthuli House, I put it to Gwede Mantashe that credibility matters: “The head of the Hawks has been found to be a liar by a judge, is he also the wrong person to lead the Hawks in this case?”.

Mantashe basically refused to answer – he says the ANC has no view on this, that it will not pronounce itself on the integrity of Ntlemeza. For the first time in a long while, I came close to losing my temper in a news situation in public. It is not a good thing to do this on live television. One looks less than dignified.

And one, in this case me, probably should not really talk back to the Secretary-General of the African National Congress.

That said, the point has to be made, and it has to be made strongly. The ANC is prepared to have a view on everything. Why not on the head of the Hawks, which should be one of the most trustworthy institutions in the country?

After I asked whether the ANC had a view on Ntlemeza’s credibility, the interchange went like this: (Note: I did think of abbreviating our names and positions but thought his position as “SG” and my name as “SG” would not be particularly helpful.)

Mantashe: I don’t know if I should talk to judgments, I think I shouldn’t.

Grootes: You’ve got a liar vs Pravin Gordhan and you don’t want to talk about it.

Mantashe: No, Stephen Grootes, you’re taking a very simplistic approach to the matter, that the Hawks is not Ntlemeza, it’s an institution. Okay, you may find that that case is handed by a different commissioned officer, not the head of the Hawks.

Mantashe paused at this point and pointed to another journalist and said, “Again, you are agreeing Japanese”, i.e. she was shaking her head.

He then continued: The point I’m making, I don’t think we should simplify the matter into Ntlemeza versus the Hawks, who has credibility or not, it’s a dangerous route to take. If you take that route, Stephen, what you are saying is that nobody must ever be arrested by the Hawks until Ntlemeza goes.

Grootes: Well, shouldn’t he just go, that’s what the ANC should say.

Mantashe: Don’t tell the ANC what to say, if you want to say that, say so yourself (this was met with laughter by some reporters, and more Japanese agreeing by myself). If you want to say so, say so yourself. You’re running two important media institutions, 702 Eyewitness News and Maverick, why don’t you sponsor that there, instead of instructing the ANC to expel Ntlemeza. I think it’s absurd. We never employed him, you can only have the authority to fire if you have the authority to hire.

Grootes: I’m sorry, Mr Mantashe, but the ANC says the ANC lives, the ANC leads, you are the organisation that managed to close down the Scorpions for exactly what the Hawks are doing now. Now suddenly the ANC has lost its voice. I don’t buy it.

Mantashe: I’m not selling it to you, all I’m saying, you can’t have the authority to fire if you don’t have the authority to hire. We express views on any issues, but we always don’t go to the personal level, of degenerating of an individual character, it’s not done. You are calling on the ANC to do things that is not done. Because if we will have to go into a number of people, open their files, what do they say, tick, tick, tick, the ANC should not do that.

Grootes: So everyone has a skeleton.

Mantashe: You are being rude, but I’m being tolerant of you, because you have a view you want to impose it on us, if we don’t take it, we are bunch of something, you are bordering on saying that.

You can see the whole interchange yourself (although I am off mic) here at the 56:30 mark, and make up your own mind.

For my part, I must admit I was exasperated. Over the years I have reported the ANC’s view on literally everything. The Olympics, songs, music, sport, rugby, football, sex, art, once a school debating team. And much, much more. And that’s before I start on policy, or Athol Trollip’s farm. For the ANC not to have a position on Ntlemeza is plain ridiculous. This is one of the party’s own members, Gordhan, its own deployee in government, being harassed by someone who by any objective measure should not be in the position, or any position of power and trust.

And yet, the is silence is deafening.

Of course, this is not the world of ideals but of Realpolitik, and I do understand why Mantashe won’t say anything. He is sitting on the fence. He is sitting so firmly on the fence that every time he gestures towards Gordhan, he also has to gesture towards the Hawks. The ANC is literally that split. Jessie Duarte wants one thing, he wants another, the top six is all over the place, the NWC is probably even worse.

This is serious. It tells us the “Gupta side” is strong enough to stop the ANC from properly supporting its own deployee. It also tells us that there is very real unhappiness about that. It tells us that if you had to put 4,000 delegates representing ANC branches in a room and asked them what would happen, they would be hopelessly divided.

And what does that tell us about the possible future of the ANC?

As a journalist, there are stories one wants to tell and one doesn’t want to tell. The exasperation I felt is part of a much bigger frustration. From around 2014 on, I found myself with the same emotion during certain press conferences. Those events were at Cosatu House. I just wanted Cosatu to sort itself out, to reform, to get over its problems.

As a journalist, as a South African, I don’t want to report on the ANC declining, shrinking, fighting with itself. And yet, there are times when I can see no alternative to it. DM