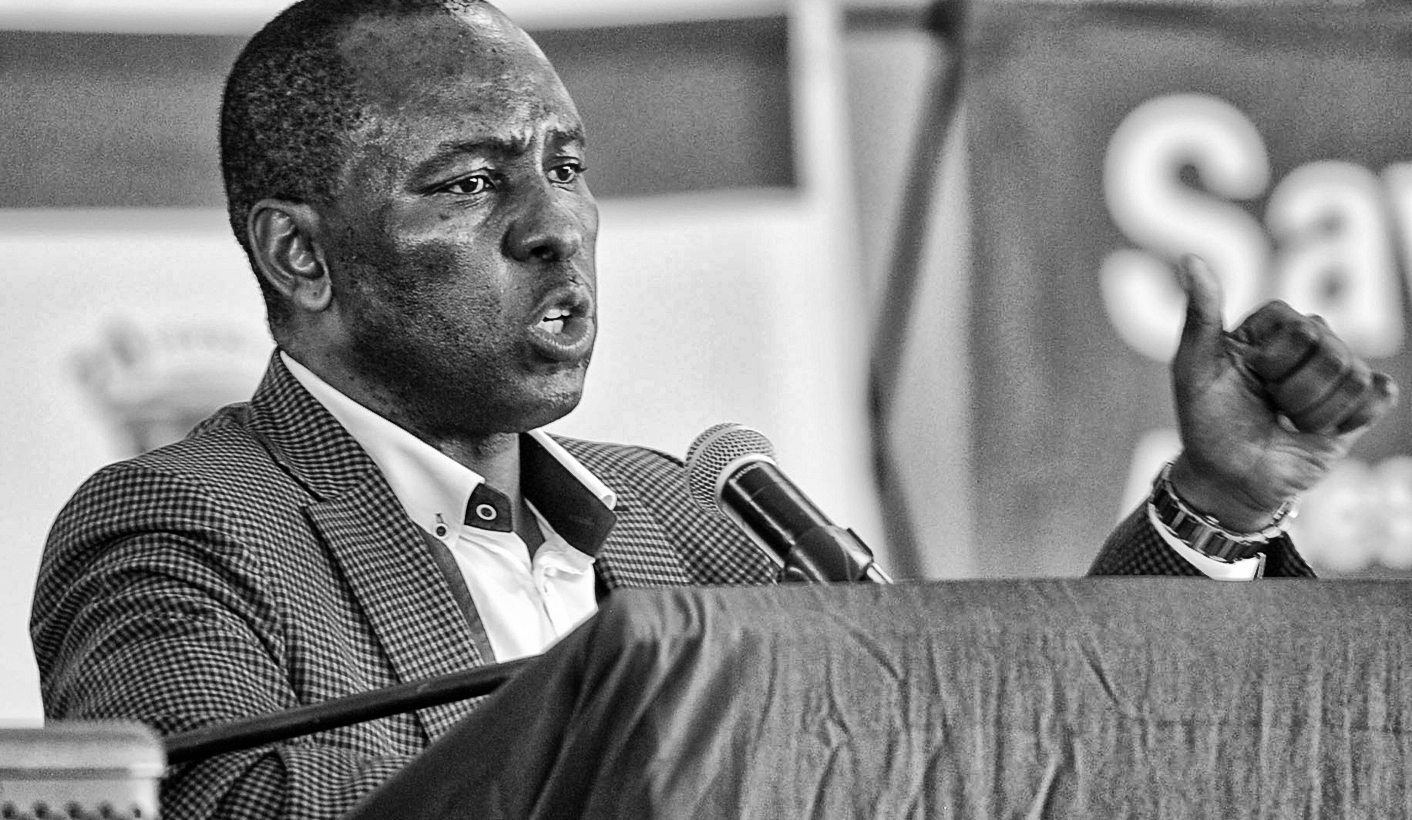 Mines Minister Mosebenzi Zwane reportedly recommended to Cabinet a drastic change to the Banks Act that would allow the finance minister to control bank licences. By Matthew le Cordeur for News24.

This formed part of an inter-ministerial committee he led to investigate why South Africa’s top banks blacklisted the Gupta family, who are friends with President Jacob Zuma, and their businesses after allegations of state capture.

Currently, the South African Reserve Bank (SARB) is the authority that controls bank licences, but Business Day has a memo authenticated by “individuals in the financial and regulatory arena” that shows Zwane’s recommendations to Cabinet that would put the power of the banks in the powerful political seat.

“Zwane’s recommendation (which occurred a few months ago) to the Cabinet was that the Banks Act, which makes provision for the bank to appoint a registrar who has the authority to license banks, be amended,” Business Day deputy editor Carol Paton revealed on Wednesday.

“The banking supervision standards and regime are based on the Basel Committee on Banking Supervision, as well as standards applied by the IMF and other multilateral organisations,” she explained. “Banking supervision that is open to political interference by the executive would not stand up to scrutiny.”

SARB is not protecting rand – Duarte

This comes as Jessie Duarte, deputy secretary general of the African National Congress, told Gupta-owned news channel ANN7 on Tuesday that the Reserve Bank was failing to protect the rand.

“The South African Reserve Bank needs to cushion the rand, but the Reserve Bank itself is privately owned and that is a difficulty,” she said.

She was speaking out on the Hawks investigation involving Finance Minister Pravin Gordhan, which has caused market uncertainty and seen the rand lose over R1/$ in the last two weeks, declining from around R13.30 to R14.50 on Wednesday.

The SARB hit back, saying in a statement on Tuesday that in carrying out its mandate, it does not bow to any pressure, whether it be political or from the private sector.

“The SARB accounts to the people of South Africa through Parliament,” it said.

“Neither the board nor the SARB’s shareholders have any say or influence over policy decisions. The board of directors is responsible for the governance of the SARB.”

Gordhan’s role as Finance minister hangs in the balance, with allegations that the Hawks will arrest him within the next two weeks over its probe into the Sars investigative unit set up during his tenure as commissioner from 1999 to 2009. Gordhan allegedly told Treasury staff at a meeting on Friday that the Guptas were attacking him because of the work the department was doing.

The Guptas responded to the report, saying they believe a “narrative has been constructed” against them and accusing media houses of contributing to a “flawed perception” of the family. “We repeat the challenge to our detractors – if you have evidence against us, please bring it,” they said.

Who will replace Gordhan?

The anti-corruption crusader could now be replaced by Gupta-friendly individuals, such as local government minister Des van Rooyen or Eskom CEO Brian Molefe.

Both individuals have criticised Gordhan and have often defended the Guptas.

Van Rooyen was given a tongue lashing by the ANC on Tuesday for his comments regarding Gordhan on Monday.

In his role as Mkhonto We Sizwe Military Veterans Association (MKMVA) treasurer, Van Rooyen accused Gordhan of galvanising the media to garner sympathy from other people.

“If you are given an opportunity to respond through state institutions, why then run to media and give responses to the media,” Van Rooyen said, according to eNCA.

“To take the matter – which is supposed to be processed within appropriately established state institutions – to the public, … is not necessarily how we should be handling this matter.”

ANC secretary general Gwede Mantashe said on Tuesday that the MKMVA should not enter the fray regarding the Hawks Sars probe. “They contribute to the cacophony of noise, which promotes general confusion, and the perception of a politically motivated persecution,” he said on Tuesday.

Mantashe said that for the MKMVA to designate Van Rooyen to speak out on the matter was a terrible choice.

What is Zwane’s role in the saga?

Zwane allegedly helped the Guptas in their acquisition of Optimum coal mine from Glencore three months after he was appointed, and his political adviser has alleged business ties to the Guptas.

“Mabaso and Salim Essa, a business partner of the Guptas, are both directors of a company called Premium Security and Cleaning Services, according to publicly available company filings,” the report explained.

However, Zwane defended his role as mines minister. “My job is to ensure that I engage with the stakeholders without having favourites,” Zwane told Bloomberg this year. “I will not favour any businessperson – whether the Guptas – unduly so…

The Gupta family, owners of Oakbay Investments, have been subjected to “cruel and harsh” treatment from the media in the country, contributing to the decision to sell their local businesses, Oakbay CEO Nazeem Howa told Bloomberg on Tuesday.

“There’s never a right time to sell a business, but we’ve had some interest from some international parties,” Howa said. “We’d be crazy to close our eyes just to one party, so we will consider other offers as well.” The Guptas said on Sunday that they are in discussions with several international prospective buyers and will make further announcements soon. “We believe that this decision is in the best interests of our business, the country and our colleagues,” they said in a statement. DM