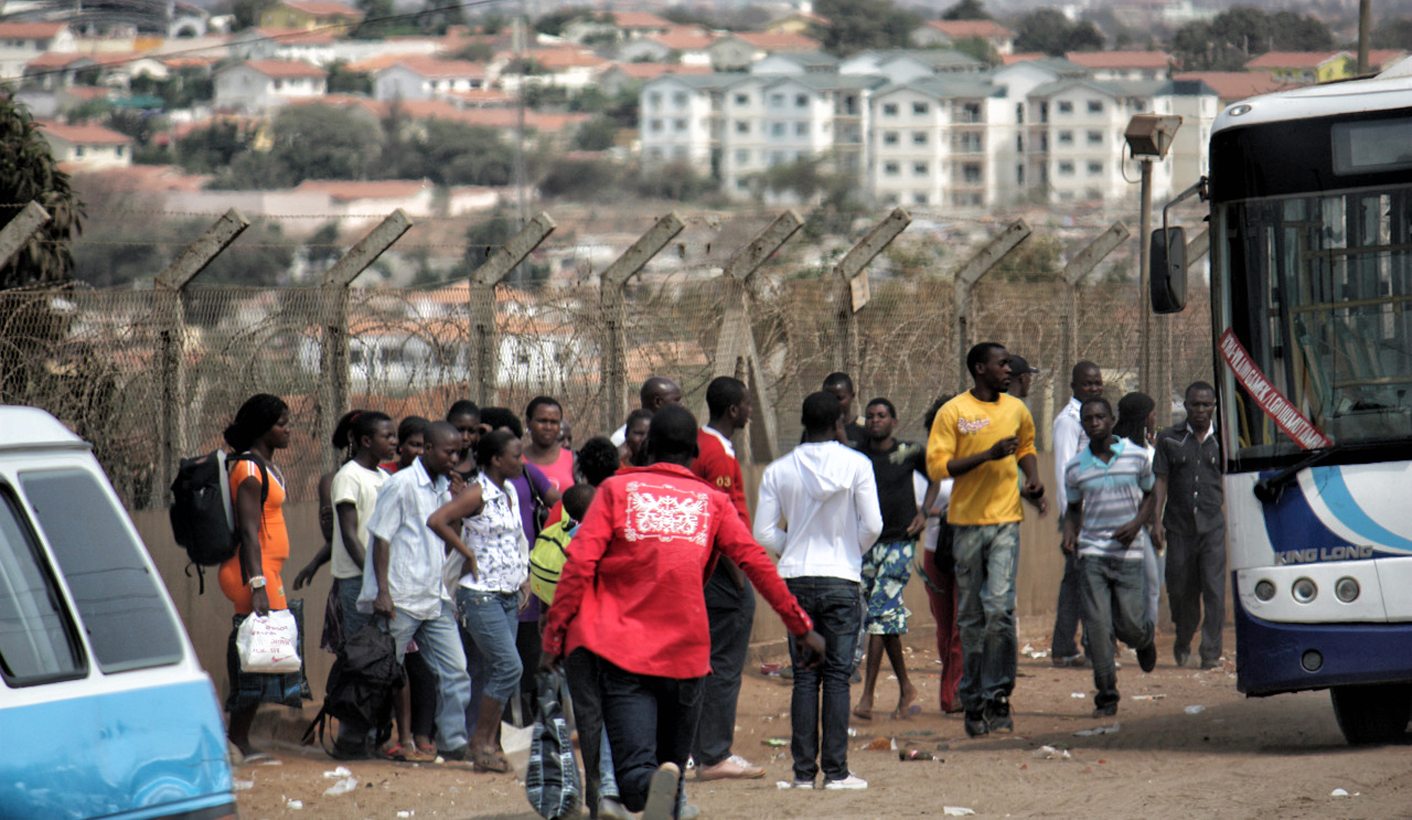 Angola’s governing People’s Movement for the Liberation of Angola (MPLA) is gearing up for a tough battle to retain its 40-year grip on power in the face of a rising tide of discontent, swelled by the biting economic consequences of low oil prices and poor governance. Its response is to tighten control by restricting civil liberties – and in particular freedom of information. By D. QARESMA DOS SANTOS for MAKA ANGOLA.

This was first published on Maka Angola.

Ahead of this month’s ruling party congress, Angola’s National Assembly has passed a set of four bills which, in effect, hand control (and censorship) of all mass media outlets, including social media and the internet, to a new ruling party-controlled supervisory body: the Entidade Reguladora da Comunicação Social Angolana (ERCA) – the Angolan Social Communications Regulatory Body.

The aim, says Maka Angola’s editor, Rafael Marques de Morais, is to “control and censor any attempt by political activists to use social media and the internet to blow the whistle on the most egregious examples of corruption, nepotism and the abuse of power”.

Approved by the Angolan parliament last Friday (a done deal, given that the ruling MPLA has a 74% majority in the National Assembly), the new regulatory body will have wide jurisdictional powers including determining who is eligible for professional accreditation as a journalist. This, in effect, allows the MPLA to silence any critics, by denying them the right to work.

Under the guise of offering professional assistance to mass media organisations to ensure they are in compliance with (non-specific) laws and regulations, the ERCA will “organise and maintain a database on behalf of media organisations and companies subject to ERCA supervision, to permit assessment of their compliance with the law”. The implied threat is that Big Brother will be watching constantly, ready to shut down any organisation judged to have stepped out of line.

The ERCA will have the power to “enforce compliance with professional journalistic ethics and standards”; “enforce compliance with any applicable laws, regulations and technical requirements within the scope of its competence”; and “verify compliance by radio and television operators with both the generic and specific aims and conditions of their respective charters and activities”.

Furthermore, the ERCA will have the right to investigate, and adjudicate on, complaints about potential or actual “transgression of the legal or regulatory norms” not just from “interested parties” but also “on its own initiative”.

This is nothing short of an MPLA-dominated body, elected by an MPLA-dominated parliament, to draw up and enforce rules regarding the dissemination of information to ensure only favourable coverage of the MPLA in print, radio, television and online journalism in the run-up to an election in which the MPLA government will have already pre-determined who gets to vote.

There’s more. The MPLA is deploying this set of laws as an additional weapon to silence and punish whistle-blowers and critics. The target is clear: anyone who subverts “social, cultural, ethical and patriotic values” or who fails to “observe the rigorous criteria corresponding to good journalistic practice”. And who defines those “values” and “good practice”?

As for the consequences of defiance: the ERCA is authorised to “adopt the necessary measures”. These are unspecified but we can guess what they may be from the MPLA’s recent history of actions aimed at silencing critics. Covert and overt surveillance, seizure of personal effects, organised violence, summary detention, show trials under puppet judges and prosecutors in which the charges vary right up to summation, pre-ordained guilty verdicts and long prison sentences in inhumane conditions.

To this end, the ERCA’s General Council has been empowered to police and judge transgressors. And the composition of the 11 members of the General Council, to be elected at the MPLA-dominated National Assembly, will include seven MPLA nominees.

Their targets are clear: if you are not the MPLA’s friend, then you are its enemy and its enemies include any opposition or independent journalist, any critic, any activist, any human rights worker, any private individual who dares to express an opinion critical of the president, the government and the MPLA. It is not far-fetched to imagine a scenario in which any attempt to reveal criminal behaviour at the highest levels would be decreed “unpatriotic”.

The law gives the officials and agents of the ERCA a free hand to raid the office or home of any person or organisation in Angola that publishes any information on a website or elsewhere.

The most sinister aspect to these wide-ranging powers is that it would mean that not just media organisations but also any individual, commercial or human rights organisation operating in Angola could be subjected to an authorised raid and seizure on the basis of a “self-originated” complaint about any phrase published anywhere that could be construed as “unpatriotic”, i.e. critical of the MPLA.

This makes it highly risky for any human rights organisation to keep written records in Angola without putting any complainant or witness in jeopardy. It would make it impossible for the identity of whistle-blowers to be kept secret, or for the anonymity of sources to be respected.

This is a clear and present danger to democracy in Angola, in clear contravention of the guarantees of freedom of expression enshrined in the Angolan Constitution. It requires a timely intervention in the Constitutional Court. And it also demands that all those who work for transparency and the common good step up to show the Angolan President José Eduardo dos Santos, and his party of government, the MPLA, that violating the constitution to attack the democratic right to freedom of speech will not be tolerated. DM

Photo: Boarding a bus in Luanda (S Martin via Flickr)