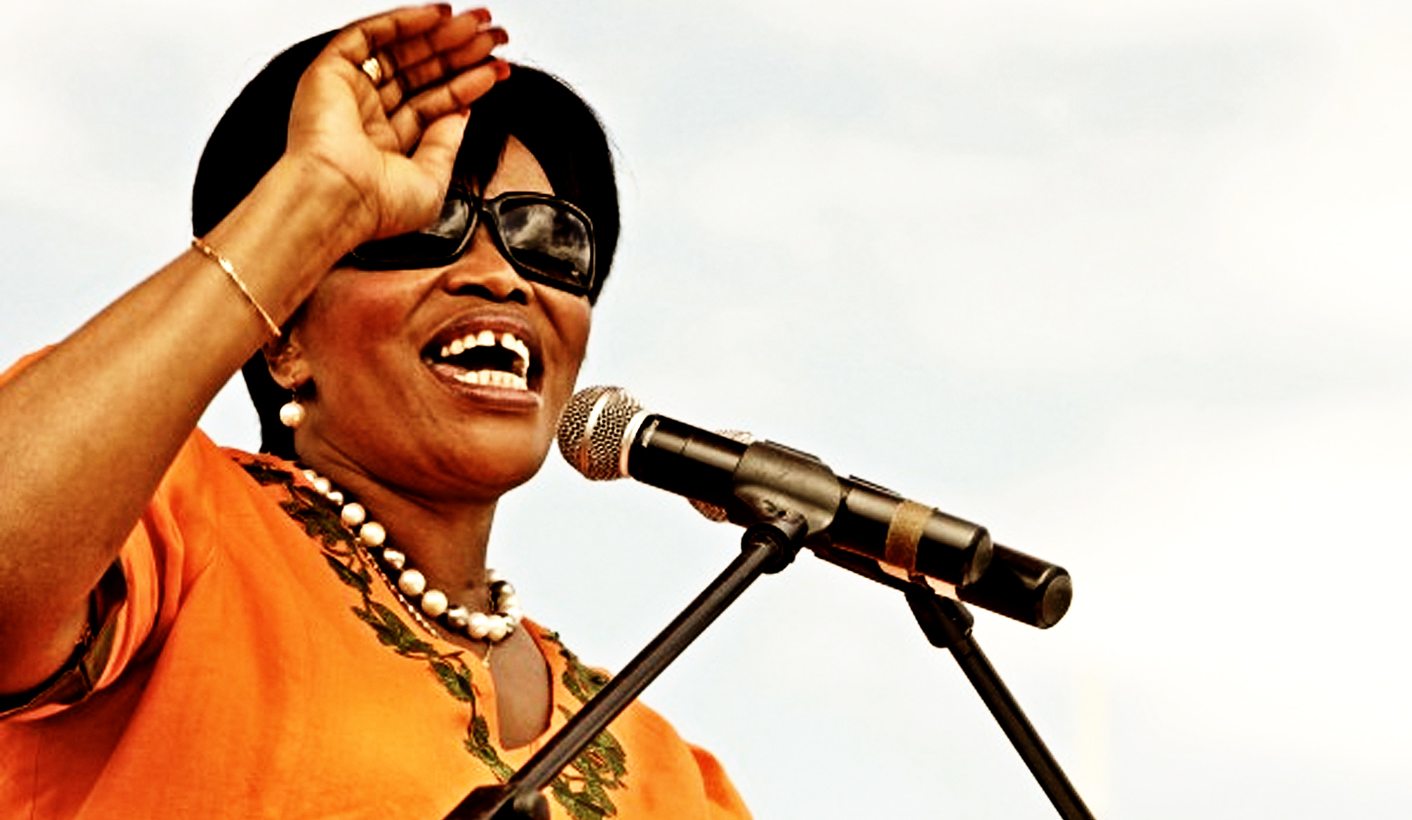 The National Freedom Party is the biggest loser in the 2016 local government elections – without even competing in it. Due to a botch-up over its election registration, the party is not competing in the elections, leaving its candidates dangling and its support base disorientated. But now the party leaders have formed deals with other parties that could rescue some seats and ensure the NFP’s survival at municipal level. By CYRIL MADLALA.

The vultures have been hovering over the ailing NFP since its disqualification by the Independent Electoral Commission for failing to pay its registration fees for the local government elections. Political predators of every hue finally descended on their prey this week.

Triumphantly, they proclaimed that the prized portion of the animal – in the form of the hearts and minds of the NFP’s supporters – would be served at their respective dinner tables when the IEC divides the spoils after the poll. But the development to watch is the possible realignment of KwaZulu-Natal politics as a result of pacts of a special kind that structures of the NFP have been encouraged to devise to ensure survival to fight another election.

If the plan works, it will go down as among the shrewdest to have been executed by a political party facing this kind of danger of extinction.

The Daily Maverick understands that the plan is for the NFP structures on the ground to identify partners to work with in this election in the municipalities where support for the party is strongest and the partner weak. This would explain the unexpected deal with the Islamic party, Al-Jama-ah in Umtshezi (Estcourt) and the Democratic Alliance in eDumbe and Nongoma. Al-Jama-ah is as inconsequential a party in KwaZulu-Natal as it is nationally. Leader Ganief Hendricks holds its single seat in the Cape Town metro, while the other is on the Johannesburg city council.

Needless to say, while the NFP came in third behind the ANC and the IFP in the 2011 local government elections in this municipality, Al-Jama-ah did not feature among the winners. However, a perusal of this election’s candidates’ list for this municipality reveals that one Bilal Chohan, representing Al-Jama-ah, is standing as a candidate in as many as 24 wards.

In terms of the deal, the NFP will throw its considerable support behind this candidate. If he wins his one ward he retains it, but has to resign from the others if more are garnered. A by-election will follow, and the NFP will then contest on its own ticket, hopefully getting back municipal representation.

There is no merger or coalition. No NFP member has to undergo Muslim rites. Both parties hold on to their manifestos and values.

If this is a little complicated for a municipality that the NFP did not control outright before today’s election, the deal with the DA in eDumbe and Nongoma casts more light on the mechanism.

Again here, the DA has candidates representing more than two wards, like Ruth Zandile Buthelezi, Jailous Zamokwakhe Zungu and others. Having been in control of the municipality and the resources, the NFP should be able to mobilise a decent endorsement of the DA for the purposes of the election. Whatever the outcome, it can’t be worse for the NFP’s mayors and councillors who stood to lose even more if they had not come to this arrangement with the DA.

There could be some more electoral hurdles in the form of by-elections to overcome, but at least the NFP has good reason in these areas to look forward to the election, despite the massive setback of not being able to participate directly.

For party leader Zanele KaMagwaza-Msibi, it will be an election day like no other in many respects. Ordinarily, she would have woken up this morning to make her way to Thengisangaye primary school in Ulundi to cast her vote, as she has done for all those years. Awaiting her would have been throngs of supporters to wish her well, as there were in 2011 when she contested her first local government election after breaking away from the IFP.

After getting on with the business at Thengisangaye, she would now probably make her way to Nquthu – the only municipality the NFP is contesting under its name.

The leadership of her party in that part of the world did not wait for the national office-bearers to abdicate their responsibility to register the NFP properly. They simply went ahead and paid their dues to the IEC. As a result, 17 candidates appear under the banner of the NFP in the election. How well they perform will be the clearest indication of whether there is hope for life for this party after the election.

KaMagwaza-Msibi will reflect on the contribution of some founding members of the NFP who jumped ship this week to be paraded as new recruits of the ANC. She will wonder if those among her supporters who have agreed to work with the ANC in these elections will have taken with them some lessons from the previous working relationship between the organisations. It was a fragile arrangement that took a lot of strain from supporters on both sides.

KaMagwaza-Msibi’s sudden ill health and Dr Zweli Mkhize’s departure as provincial chair had been detrimental to the strengthening of the bond between the NFP and ANC. However, that is water under the bridge now. After all, the NFP has nobody but itself to blame for the predicament it finds itself in.

For now, Nquthu is some beacon of hope. Perhaps eDumbe and Nongoma as well will be saved from the predators.