Op-Ed: Education – from crisis to opportunity 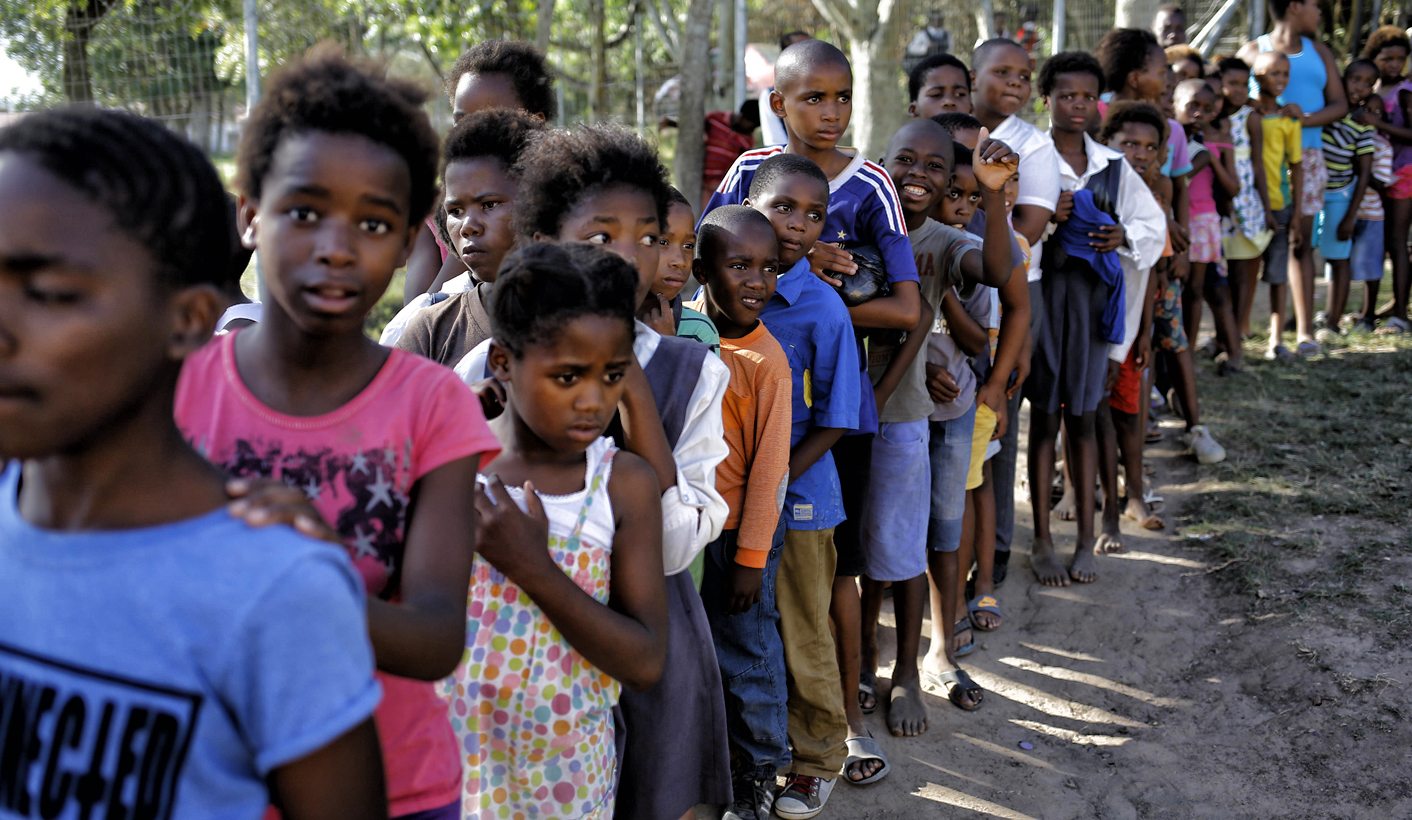 Education in South Africa has been in crisis for decades. It has more than failed to live up to the ANC promise of “free, quality education” as proposed by the Mandela administration. The solution is for ordinary people to get involved in the education system and work alongside educational professionals to get involved in programmes that can and do make a real difference. By ORESTI PATRICIOS.

Ensuing presidencies have seen the quality of education in South Africa, and the outcomes, get worse with each new leadership term.

The South African education system was cruelly hamstrung by apartheid, which created privilege for whites and engineered a schooling system that crudely fashioned eager black minds for mass labour, or to play a support role to white ownership before 1994. The divide has been so profound that today, some 22 years after democracy, SA’s education system replicates white privilege.

This is a critical civic issue that goes to the very heart of our future survival. Civic minded people who want to build a better South Africa need to realise that, despite a democratic revolution, increased freedoms and the removal of (most) exclusionist structures, SA’s education system is hopelessly broken.

In 2015, education researcher Nic Spaull explained this issue succinctly in a speech delivered at Durban Girls High School. Spaull said: “After 20 years of democratic rule most black children continue to receive an education that condemns them to the underclass of South African society, where poverty and unemployment are the norm, not the exception.”

The reasons are complex. Root causes that Spaull and his team identified are weak institutional functionality (state capacity), undue union influence, weak teacher content knowledge and pedagogy, and wasted learning time. As a result, most pupils do not learn to read for meaning by the end of Grade 4. This is a benchmark that should be reached by the end of Grade 3. Which means that they are not able to read to learn — i.e. to decipher text book explanations or find outside sources of information.

Spaull was researching the quality of primary education in 14 sub-Saharan countries for his doctoral thesis. While over half of South Africans live below the national poverty line (on less than R25.50 per day) and more than 22% live in extreme poverty (on less than R11 a day), Spaull says that those who look to education to provide a way out of poverty for their children are denied this basic human right.

“This substandard education does not develop their capabilities or expand their economic opportunities, but instead denies them dignified employment and undermines their own sense of self-worth,” he says.

While this seems to be a common sense observation, it is supported by data. The Southern Africa Labour and Development Research Unit at the University of Cape Town presented research that showed that there is a direct correlation between education and citizens’ prosperity.

“Education plays an important role in predicting an individual’s position in the income distribution,” the paper reads. “Education is the key variable in determining a) whether an individual finds a job in the first place and b) the nature of the employment and the level of remuneration.”

It goes without saying that without good education, we won’t have a decent workforce, strong leaders, qualified professionals or competent civil servants in the future. The quality of our doctors, lawyers and engineers will be impacted upon – as will our or teachers for that matter – and the cycle will simply perpetuate itself.

As an employer I am directly affected by this. Recruitment can be a headache because matriculants apply for internship positions, and I have to turn them away because they don’t have basic literacy and numeracy skills. They may have “passed” maths at school, but so many of the young, unemployed people we see don’t have the functional skills necessary to enter the workplace.

Elsewhere I have written about the opportunity Africans have to ride the wave of the Fourth Industrial Revolution, and use new technology to leapfrog into a position of world leadership. But without the correct education, there is no chance this will happen, and the wasted opportunity will be costly for generations to come.

It’s not about throwing more money at the problem. South Africa is currently one of the biggest spenders in the world on education, at 5% of GDP. The solution lies elsewhere – in changing attitudes and improving efficiencies. And we cannot expect government to do this.

Realising that education is critical for the future of South Africa, and that we could wait decades for the government to get its act together, I decided to become involved in solving the education crisis – and strongly urge you to do the same. The organisation I found that fits well with my capabilities is called Partners for Possibility (PfP).

Essentially this non-profit teams up business leaders with school principals, and through a programme of training and coaching enables them to work together to overcome the challenges faced by that principal’s school. It’s not about finding sponsors with deep pockets so much as enabling the principal to progress in his or her own right.

I have been part of the organisation for four years and my own experience working with a primary school in Alexandra has forever changed me. I feel I have become a better human being through my experience with the remarkable principal who ran this school. My intervention at the school was wisely guided by him – he knows best how the system works and what’s best for his pupils.

At the beginning of each year we worked together to set certain goals for the school, first among which was learning outcomes. In 2012, from Grade 1 through to Grade 6, in Maths, isiZulu, English and Sesotho, the average results were a failing grade – in the region of 16% to 40%. By 2013, all had improved, some by an increase of more than 20%.

One of the major challenges was communication: teachers complained that printed notices weren’t getting to the parents. We investigated alternatives, and found that all parents had cellphones – either feature or smart phones. So we instituted an SMSWeb system that takes advantage of free services like BBM, Mxit, e-mail and Skype to communicate with parents.

Other goals this headmaster achieved included improved attendance at Saturday classes, obtaining sponsorship from Anglo American for the creation of a computer lab, overhead projectors and TV sets, and sponsorship from other companies for a CCTV system.

What did it cost me? Not much. A little time mostly, which forced me to schedule my life better; but the excitement and motivation I received from being part of this was priceless. More so it convinced me that civic-minded people with good intent, who are willing to be led by the people whom they want to help, can make a very real difference.

At the Kannemeyer Primary School in Grassy Park, one of the first schools in the PfP programme, one of the first projects was to get the parents involved in the school and in their children’s education. There was always a “wall” between parents and teachers, with neither side able to express or acknowledge the other. Once this barrier had been broken down by the principal, Ridwan Samodien, and his PfP partner Louise van Rhyn, the more cohesive environment had an immediate impact.

The teachers felt more appreciated, and the parents were able to get involved with their children’s process. This school has been a case study in how to turn education around. After posting dismal results previously, the school could boast a 20% increase in key areas of literacy and mathematics.

If there is one thing I have learnt from being involved in education, it is that we have a civic responsibility to address this crisis, as a priority. I strongly believe that there is no other issue in South Africa today as important, and that if those who have the skills and resources join programmes that are working, we can create significant change.

Programmes that are working include Partners for Progress, Olico, Equal Education, SAEP (the South African Education and Environment Project), the School and Educare Assistance Project, REAP (the Rural Education Access Programme), the Kusasa Project, One School at a Time… the list is long. These are efforts of those who have grown up in the trenches, who know what’s best and how to impact upon the situation for real meaningful change.

The best contribution you can make to this country is to do what you can to help improve education in South Africa. Your country needs you to make it great again, and by getting involved in an education project you are not only creating a legacy but also improving lives in the most meaningful way possible. DM