The roles of private sector IPPs and Eskom in renewable energy: An interview with the South African Renewable Energy Council 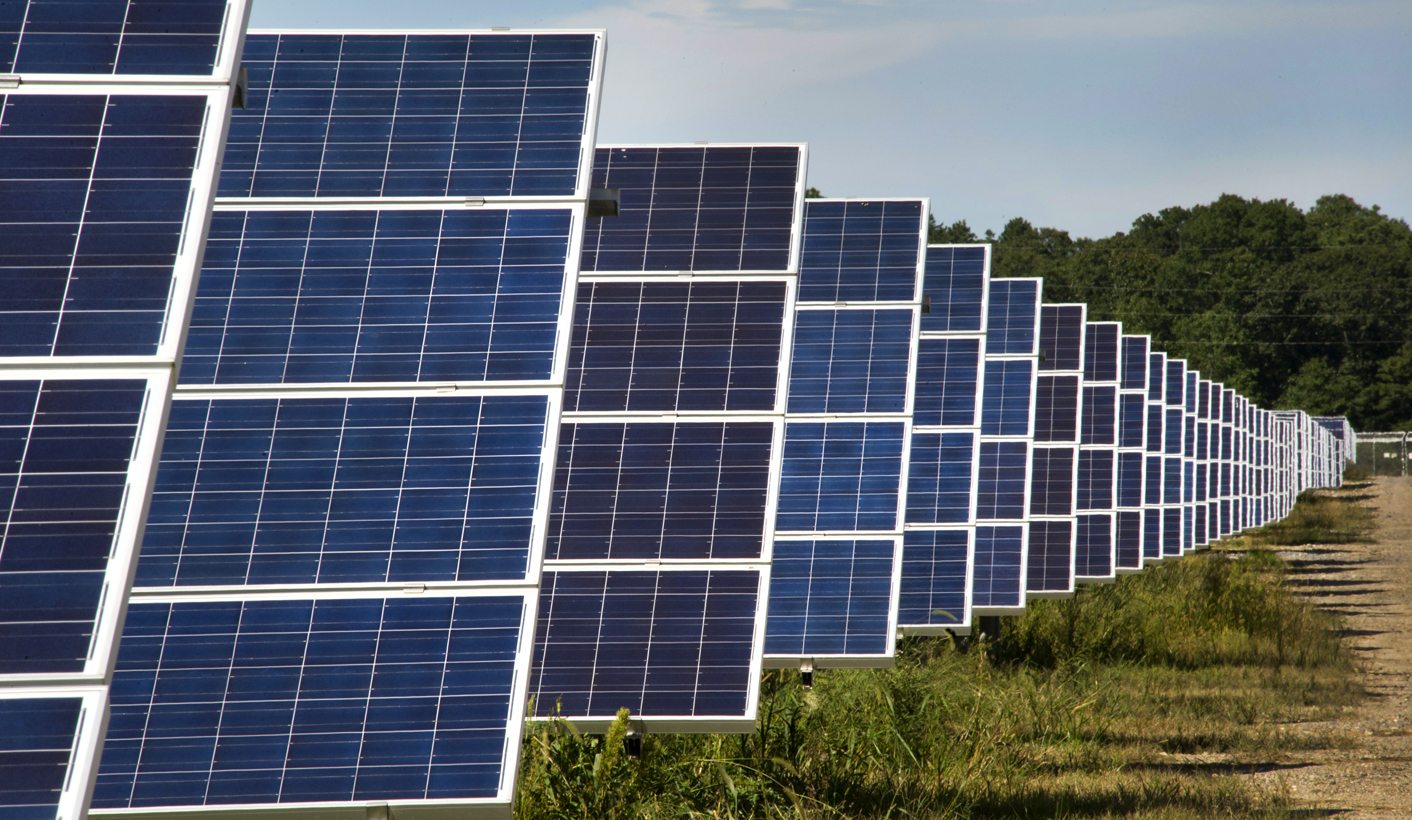 EE Publishers initially proposed an interview with Eskom on its position and role in respect of renewable energy in South Africa. Eskom agreed and requested the interview questions in advance. However, after the interview questions had been provided, Eskom failed to engage further or provide answers to the questions, despite repeated requests over a three-week period. The questions were then put to the South African Renewable Energy Council (SAREC) instead, who provided the following answers. By Chris Yelland, investigative editor, EE Publishers.

We are aware that Eskom has a number of large wind projects under consideration (e.g. Aberdeen and Kleinzee Wind Farms). How do you think Eskom’s renewable energy ambitions and activities fit in with the private sector REIPPP programme projects?

We understand that Eskom had certain obligations under the terms of a $3,75-billion World Bank loan to build a wind and solar CSP plant, and that Eskom has its own renewable energy ambitions. The utility currently sits with a renewable energy division of some 30 persons. Currently Eskom is prevented from participating in the REIPPP programme. However, the recent call for expressions of interest (EOI) for a 1,500MW Solar Park by the Department of Energy (DoE), and its stipulation that SOEs should take a minority stake in such Solar Park projects, articulates a role that Eskom could play.

We have not seen any examples globally where vertically integrated electricity monopolies have successfully competed with IPPs in the deployment of utility-scale renewable energy projects, but we are very clear that the potential of solar PV to power off-grid customers, both in South Africa and the region, is an area where Eskom can compete successfully – and fulfil its developmental mandate. Eskom has its own projects under development but cannot build and deploy plant with the speed and efficiencies that the IPP sector can. We believe Eskom should play a complementary role alongside IPPs by ensuring grid access is managed properly for integrating of renewable energy IPPs onto the grid.

Will private sector IPPs, Eskom and CEF be participating as operators within the 1,500MW solar park announced by the minister of energy at the SAIREC conference in 2015, and will this development proceed through new or existing state-owned enterprise(s) (e.g. CEF, Eskom or other), or through the DoE IPP Office?

The DoE call for EOI for the Solar Park was not very definitive regarding its structure, but new procurement models for renewable energy do need to be found in South Africa, particularly ones that actively promote and support the establishment of local energy players. Co-operation between private and public sector partners will have its challenges because of the differences in the investment decision-making processes in each sector. The renewable energy industry has built working relationships with the DoE IPP Office, within which the parties know how to operate. However the focus of the solar park process towards a different model of PPP engagement and industrialisation may be better suited to a different sponsor.

What competitive advantage do private sector developers and operators bring to utility-scale wind, solar PV and CSP plants in South Africa, as compared to those of Eskom?

How does the price of electricity per kWh for electricity into the grid delivered by wind projects under the REIPPP programme compare with that of Eskom’s Sere wind farm?

There are a number of unknown factors and metrics that make it difficult to provide a comparative analysis of Eskom’s Sere wind farm versus those of IPPs, such as Eskom’s cost of capital and equity return requirements. In addition one would first need to look at the capacity factors and outputs from Sere compared to that of other wind IPPs. However, while the cost of wind energy from Eskom’s Sere wind farm is essentially constant in real terms over the lifetime of the plant, the cost of wind energy from IPPs is rapidly reducing as shown below.

Eskom’s 100 MW Kiwano concentrating solar power project has been discussed for years. Why is it taking so long for the first sod in its construction to be turned, whereas many IPP CSPs have already been commissioned, or are far advanced?

This is not a question we can answer, and is best addressed to Eskom. [Editor’s note: Eskom has indicated it is in the process of appointing an engineering, procurement and construction (EPC) contractor, and securing the necessary approvals for its 100MW CSP project. The utility says more information will be made available once all these processes are completed, but no reasons were given for the extremely long pre-construction delays.]

To what extent are grid access limitations, and/or the need for grid upgrades by Eskom, preventing or inhibiting the roll-out of utility-scale renewable energy projects in South Africa?

Grid access is indeed a significant challenge for renewable energy IPPs. The renewable energy sector believes Eskom’s financial constraints, and the large overrun on costs for Medupi and Kusile, has meant that there have been internal financial reallocations from transmission and distribution budgets to new-build, and this has negatively affected Eskom’s ability to commit to renewable energy commercial operation dates. This is unfortunately compounded by absence of assessing and measuring grid constraints applicable to the various bids, and the investment costs of removing such constraints, in the REIPPP programme adjudication process.

For the recent $180-million BRICS bank loan, do you know whether the capital must be used by Eskom for grid access for renewable energy, or is this simply general finance that may be used at Eskom’s discretion?

We do not know the terms of the New Development Bank loan other than what has been reported in the media, namely that the loan is to be used to expedite the connection of some 500MW of renewable energy projects, and we are happy about that. However, in light of our concerns expressed above around Eskom’s budgeting philosophy, we can only hope that the terms of the loan will ensure that the loans will indeed be spent as stated. Nersa needs to also play a stronger role in ensuring that the budget allocation processes are properly accounted for through its various oversight mechanisms.

With the acceleration of deployment of embedded solar PV on the rise at industrial, commercial and residential level, what roles do the private sector, municipalities, municipal electricity distributors and Eskom play in the rooftop solar PV sector?

As industry associations, our mandate is to promote the expansion of the use of renewable energy. One example of this is around embedded generation, where a mandate was given through the War Room process in 2015 to unlock the rooftop PV market. So while we are already seeing strong deployment of commercial and industrial PV installations, this is being done in the absence of a supporting regulatory regime, and the lack of proper low voltage wiring standards for grid-tied PV installations. We are working on a number of processes, directly with the German Solar Association (or BSW-Solar), as well as supporting SARETEC and the German Solar Energy Society (DGS), on the development of a quality assurance framework in the roof-top PV market segment. We are working with the CSIR and SABS on SANS-10142-3 wiring standards, and have participated in some of the processes related to the review of the regulatory framework under the Electricity Regulation Act. In the course of this process, we have engaged with some of the metropolitan municipalities and Eskom. We have generally found that the municipalities and Eskom are becoming more pragmatic about the rise of embedded generation, including considerations related to how to adapt from the traditional utility business model – for instance through the introduction of net-metering.

How does the renewable energy sector in South Africa interpret the Eskom CEO’s apparently negative sentiments towards renewable energy in his recent state-of-the-system briefing in Cape Town?

We accept that many stakeholders including Eskom have challenges in understanding the role that renewable energy plays in a modern electricity system, and we feel that the CEO of Eskom probably would benefit from an engagement with a wider group of advisers than he probably listens to at present. We have extended an invitation to Eskom’s CEO to meet and discuss the utility’s position on renewable energy, as we believe that through direct engagement all parties can make better informed decisions. DM