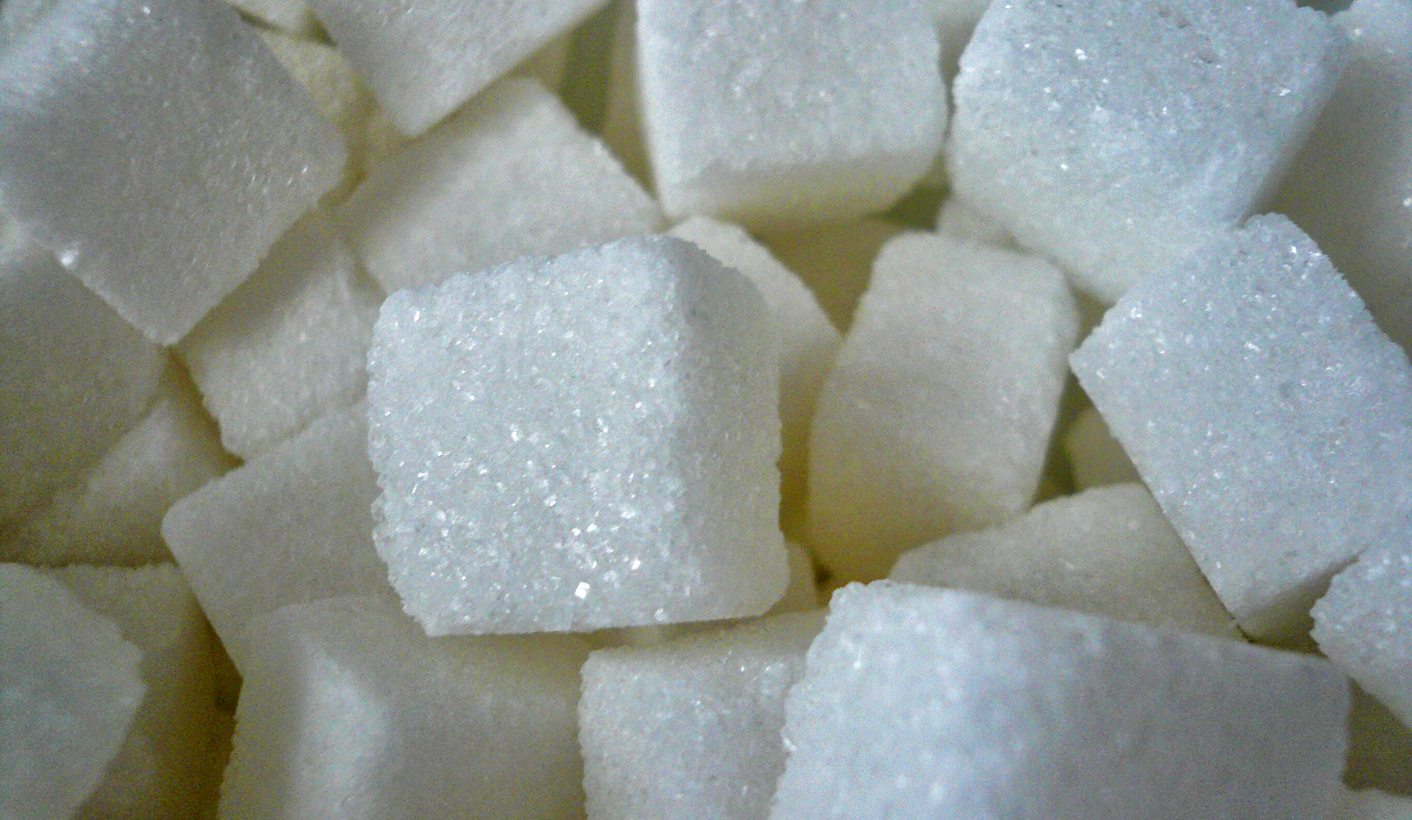 Introducing a sugar tax isn’t necessarily a bad thing. But it does require careful implementation in order to be effective. By SALIEM FAKIR, NAN TIAN and TATJANA VON BORMANN.

Salt-limiting legislation, which came into effect on 30 June 2016, represents government’s first foray into tackling the growing levels of non-communicable diseases in South Africa, but not its last. As the debate continues around the potential effectiveness of the salt legislation as well as government’s ability to monitor and enforce the legislation National Treasury has made another bold move in introducing its first food tax, for sugar. However, the jury is still out on the effectiveness of these approaches to drive the complex behaviour shift that is required, particularly when they are not supported by a range of other measures.

In the 1970s, when inflation was high in the USA, President Nixon sought a remedy aside from using aggressive monetary policy. He looked to his Secretary of Agriculture Earl Butz to find ways to bring food costs down. Butz drove the availability of an abundance of cheap inputs by encouraging Midwestern farmers to plant maize on a massive scale. The result was vast quantities of cut-price maize. The availability of this cheap food encouraged food manufacturers to investigate and develop multiple new usages and by-products. Perhaps the most successful of these is the cane sugar substitute High Fructose Corn Syrup (HFCS) that quickly found its way in almost every food in the USA.

The US tax on imported sugar meant that it was much cheaper to use HFCS as a substitute. And, while HFCS is not necessarily worse for you than sugar, its low cost meant that it could be used in numerous processed food products, sweet and savoury. Today this model of food production and processing is evident around the world. So, it could be argued that it was Butz’s intervention spawned a generation of sugar addicts and the obesity epidemic.

In South Africa we are face with the twin scourge of unacceptably high rates of malnutrition, particularly amongst young children, occurring alongside increasing levels of obesity and overweight in older children and adults. Allied to this has been a dramatic upsurge in non-communicable diseases such as cardiovascular disease and diabetes. The formulation of policy that limits salt in processed foods was a direct response to this increase. But it’s not enough. Processed foods tend to also be high in sugar. Research by Lisa-Claire Ronquest-Ross at Stellenbosch University found that since 1994 there has been a large increase (33.1%) in consumption of sugar through processed foods including soft drinks. Today South Africa has the distinction of consuming about three times more Coca-Cola products than the world average.

To deal with the problem here, National Treasury has put out proposals for a sugar tax as a way to tackle obesity. The tax would apply to sugar-sweetened beverages such as fruit punch, sport drinks and carbonated drinks; an approach based on the success of tobacco excise tax in reducing tobacco consumption. Labelled as the first food tax in SA, the sugar tax is Treasury’s way of correcting a market failure: price the bad effects of sugar (which economists call an externality) to get a public good – less obese people that are healthy, live long, and make good choices in their lifestyle habits.

The link between high sugar intake and obesity is now well established, and obesity is not only a burden to an individual but also the national health system. In a sense, obesity becomes everybody’s problem because we pay for rising health costs directly or indirectly either through higher insurance or increasing public funds have to be diverted from other needs to support higher healthcare costs. The main question people ask has been the effectiveness of the sugar tax in combating obesity and the effects of such a tax on society.

Certainly from a pricing perspective there is considerable scope for an adjustment in the cost of whole foods versus processed foods. This would be based simply on the fact that while pricing on fruits and vegetables have risen steeply over the past few years the price for less healthy food options has remained relatively flat in inflationary terms. Research by David Sanders at University of the Western Cape found that healthier foods typically cost between 10 and 60% more by weight  (R per 100g) and between 30 and 110% more when compared based on the cost of food energy (R per 100 kJ). This reflects research on relative pricing conducted by the Overseas Development Institute in developing countries (Brazil, China, South Korea and Mexico) which found that while fruits and vegetable prices have risen by over 50% in the last twenty years processed energy dense foods have fallen by as much as a fifth.

Interestingly, even though considerable research has been done on the impact of a sugar or fat tax on society (for example in France, Mexico, UK, and USA), there remains no absolute consensus on its long-term impact. The primary reasons has to do with the inconclusiveness of the role behavioural economics has in changing consumer behaviour. We posit that the sugar tax has to be complemented with other measures to tackle obesity in a comprehensive manners. As experience from these countries shows there are different estimated price elasticities attached to sugar products (in other words price effects do not affect different income earners the same way) and, as is being strongly argued by the sugar lobby, any tax itself can be regressive to low income earners.

From the perspective of behavioural economists, obesity is considered a reflection of irrational choices by individuals. Consumers make suboptimal decisions on their welfare, behaving in a myopic manner that leads them to exhibit time inconsistency about discounting future trade-offs between the present and future self. For example, an obese person may find it hard to quit sugar drinks today, but nonetheless want to quit drinking sugar drinks someday, because the benefits of better health outweighs the cost of quitting. The problem, however, is that the future “someday” never comes. The immediate benefit from continuing drinking sugar drinks outweighs the future, long-term benefit of quitting and thus the individual never quits – temptation, as it where, powers procrastination. We must also factor in that as more people move into urban areas and grow less of their food so business practices have an increasing influence on consumer behaviour and food preferences.

The understanding of such behaviour is inexplicitly linked to price elasticities, particularly cross price elasticity. While the tax will most definitely make sugar prices more expensive and thus decrease the consumption (by most individuals) of such goods, there is some evidence from France and USA that a sugar tax causes consumers to switch to other high calorie food and drinks. Since food purchases are highly interdependent, the cross-price effect has the potential, partially, to offset the effect of a sugar tax. This risk that consumers simply switch sugar sources or in the case of the salt legislation compensate the loss in-situ by adding more salt, ex-situ, is a valid concern as is the fact that both these measures are rendered null and void if government is not able to implement the necessary monitoring and enforcement of the legislation.

Moreover, there have been different estimates on the price elasticity of high sugar products ranging from 0.4 to 0.9 (high the number the more elastic it is) and depending on this the rate of a sugar taxes will differ. The high variance in price elasticity implies that setting the sugar tax will require that accurate estimates are obtained to avoid levying taxes on society that cause unintended consequences. There is a need to have a better understanding of substitution effects and some of this may relate to producers reducing size of drinks to avoid thresholds of sugar which bring the sugar tax into effect.

Those opposed to the tax often point to the regressiveness of the tax. Again, like everything in economics, it depends. There is some evidence from France and UK to suggest that the expenditure share of sugar products in well-off households is about 4-6 percentage points less than that of modest income households. It is also estimated that in South Africa a ‘healthy diet’ would cost 69% more than a typical South African diet, amounting to as much as 30% more for the lowest economic group. Thus any price increase on sugar products will have quite different impacts on purchasing power of households, with the impact potentially more regressive on the poorest. This provided the poor are able to substitute negative impacting drinks and food for better ones. On substitutability we know little and need to understand more. However, in general, shifting people away from unhealthy benefits will not be regressive in the long-term if it leads to lower health costs and improved productivity.

While, a sugar tax is moving us in the right direction, some outstanding questions remain that relate to ensuring that the right price induces determined behaviour shift, the regressive effects on the tax does not do more harm than good and interventions that there are ways to mitigate these and the relation between the sugar tax and substitution with other high calorific foods that are not subject to the tax. DM