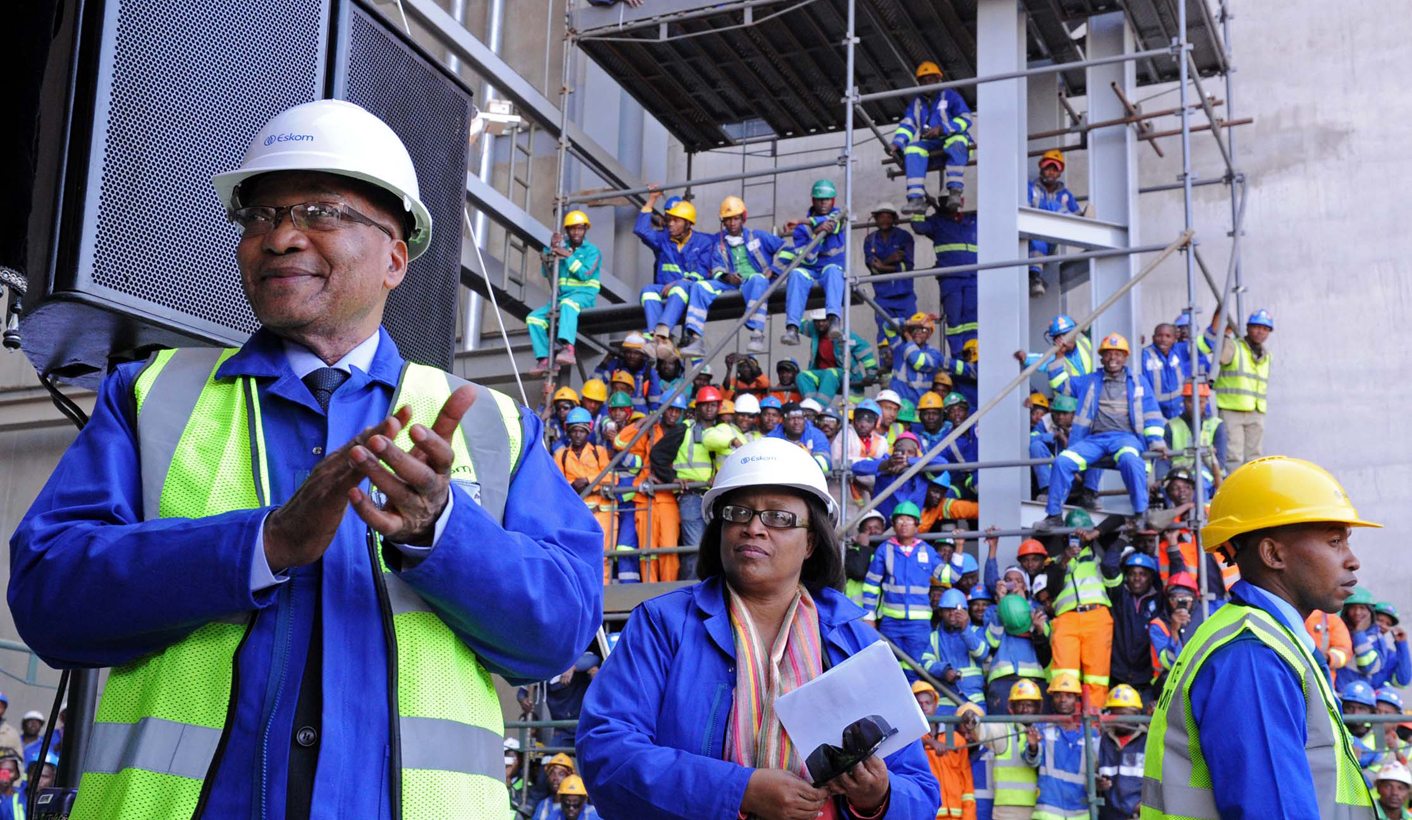 Besides the financial results themselves for Eskom’s financial year ending 31 March 2016, perhaps the most important new information to come out at the media briefing at Megawatt Park on 5 July 2016, was Eskom’s latest estimate of the overnight capital costs, or cost to completion (CTC), for its Medupi and Kusile power stations. By CHRIS YELLAND.

The latest estimated interest during construction has still not been disclosed by Eskom. However, in light of the significantly increased capital costs and delayed project programmes for both Medupi and Kusile (Fig. 1a and 1b), it is expected that IDC for both Medupi and Kusile could increase by about 25% above the figures previously indicated by Eskom in September 2014.

It should be noted that although FGD plant was not initially included in the costing of Medupi, the site has been designed to be ready to install FGD plant at the first major shutdown of each unit after construction. Furthermore, FGD plant is required at both Medupi and Kusile in conditions of a US $3,75-billion World Bank loan to Eskom, approved in April 2010. Kusile, on the other hand, is being constructed including FGD plant from the start.

The history of the estimated CTC approved by the Eskom board from time to time and communicated to the public for the construction of Medupi is as follows:

Similarly, the CTC approved by the Eskom board for the construction of Kusile is as follows:

A previous estimated total CTC in September 2014 for Medupi and Kusile power stations, including IDC, FGD and the settling of unprocessed contractor claims, is given in Table 1.

An updated total CTC as at July 2016 for Medupi and Kusile power stations, including IDC, FGD and the settling of unprocessed contractor claims, is estimated in Table 2.

Thus the massive cost and time overruns at Eskom’s Medupi and Kusile power stations are expected to further strain Eskom’s financial resources, and place upward pressure on Eskom’s electricity price trajectory in the years ahead. DM