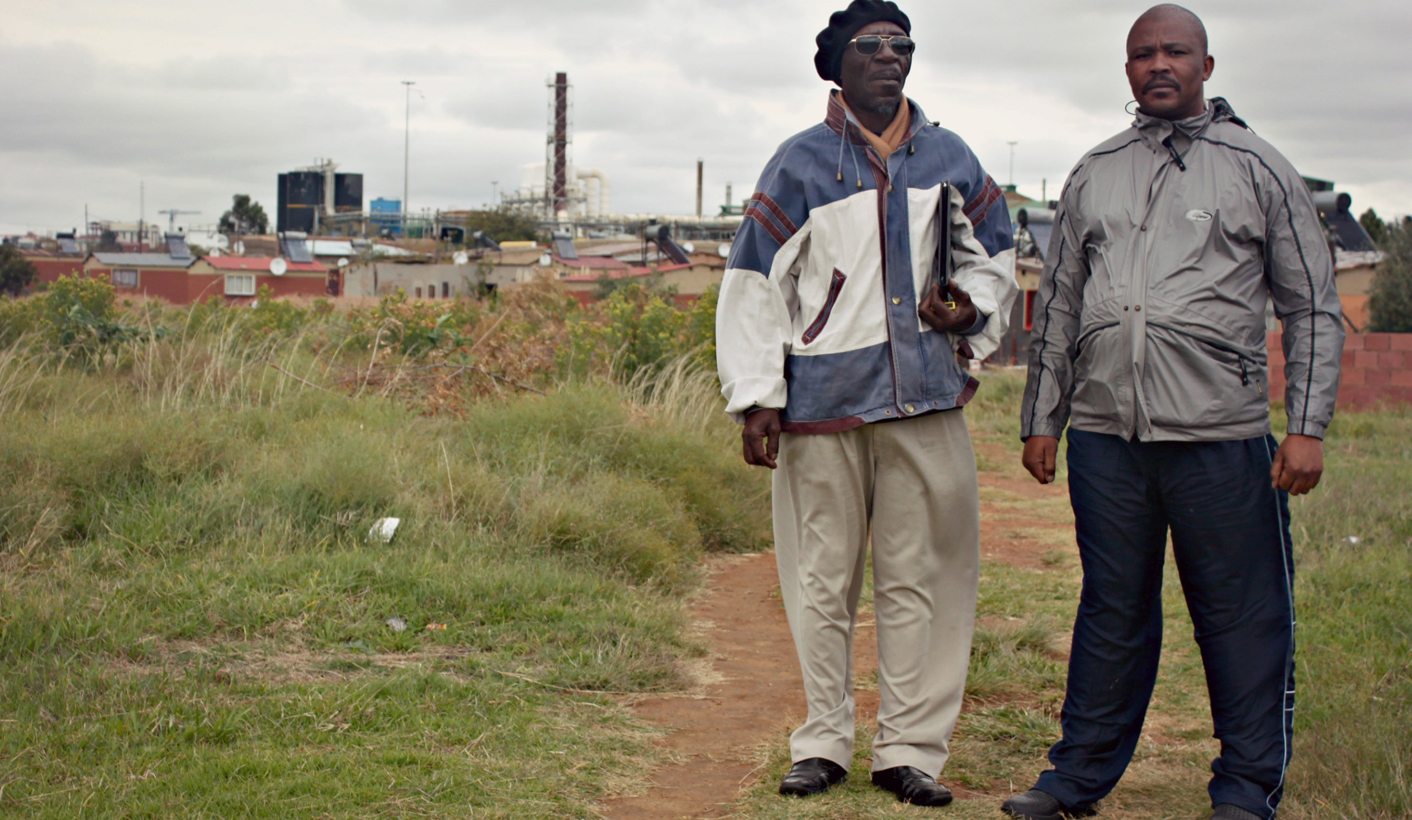 Nose bleeds and watery eyes are just some of the symptoms experienced by a small community next door to Lonmin’s platimum refinery, but Lonmin denies any responsibility. THABO MOLELEKWA reports for HEALTH-E NEWS.

An East Rand community has spent more than a decade in the shadows of a Lonmin platinum refinery and its residents believe it has serious health consequences for them.

Nestled between marshes and factories, Reedville lies about 50km south-east of Johannesburg and next to Lonmin’s Western Platinum Refinery.

A single street is all that separates the two, and hundreds of residents say fumes emitted from the refinery have left them with respiratory problems and eye conditions.

Photo: The street that separates Lonmin and Reedville

Jack Mayisa heads the Reedville Environmental Task Team, formed about eight years ago by the community in response to widespread complaints of health problems including asthma.

Mayisa said that, like many residents in the community, he suffers frequently from watering eyes and nose bleeds. He claimed that a potent fog of emissions from the plant often rolled over Reedville in the dead of night.

“The fumes are worse between the hours of 2am to 3am, when everyone is sleeping,” Mayisa said. “(The fumes) don’t have a smell but they have a taste. They taste like the thing our mothers used to use; like Jik (bleach).”

The task team’s assistant community liaison officer, Freddy Zulu, said he has watched several neighbours pack up and leave, choosing to rent or sell their homes rather than live with the emissions.

“On my street, six people have left their houses and moved to other townships because of being sick from the fumes,” said Zulu, who also blamed the emissions for the cancer that killed his three-year old Boerboel dog recently.

Just blocks from Zulu, Hendrick Modise said that fears for his children’s health prompted him to move them to his mother’s house in nearby Tsakane.

Photo: Rusty zinc roofs claimed to be due to fumes from Lonmin

According to Mayisa, the task team provided Lonmin with copies of medical letters which indicated that the fumes caused their illnesses.

In 2012, the task team conducted an informal survey in which more than 130 people said the fumes had made them sick. The list was handed over to Lonmin, and Mayisa said some community members were called by Lonmin to follow up on complaints but that no further action had been taken.

However, Lonmin spokesman Happy Nkhoma said the company had no knowledge of residents becoming sick from the company’s melting fumes.

“We are not aware of any community members who have [become] ill from fumes out of the Lonmin smelter. If there were, we would expect them to have been picked up through our engagement process with the communities surrounding the smelter,” he said.

Nkhoma added that in response to complaints from the community, the company conducted tests on its emissions and found them to be within the legal limit.

“When setting these limits, I would imagine that the highly qualified government experts would have considered that they would not cause such sicknesses. We routinely conduct these monitoring exercises.”

According to Mariette Liefferink, CEO of environmental group the Federation for a Sustainable Environment, respiratory conditions such as asthma can be contracted by inhaling platinum salts that come from the chimneys of platinum mines.

“Occupational exposure to complex platinum salts, and symptomatology (the set of symptoms exhibited by workers) can be summarised as including watering of the eyes, sneezing and characteristics of severe asthma,” she said.

“Even though the cause of asthma may be unclear, it is well established that a variety of environmental irritants, such as chemicals in the air, dust, and air pollution or smoke, may exacerbate it,” said Euripidou.

He added that to keep communities safe, the emitters – at the very least – needed to comply with their environmental licences.