Secret Ballot: This is the kind of theatre South Africa needs right now 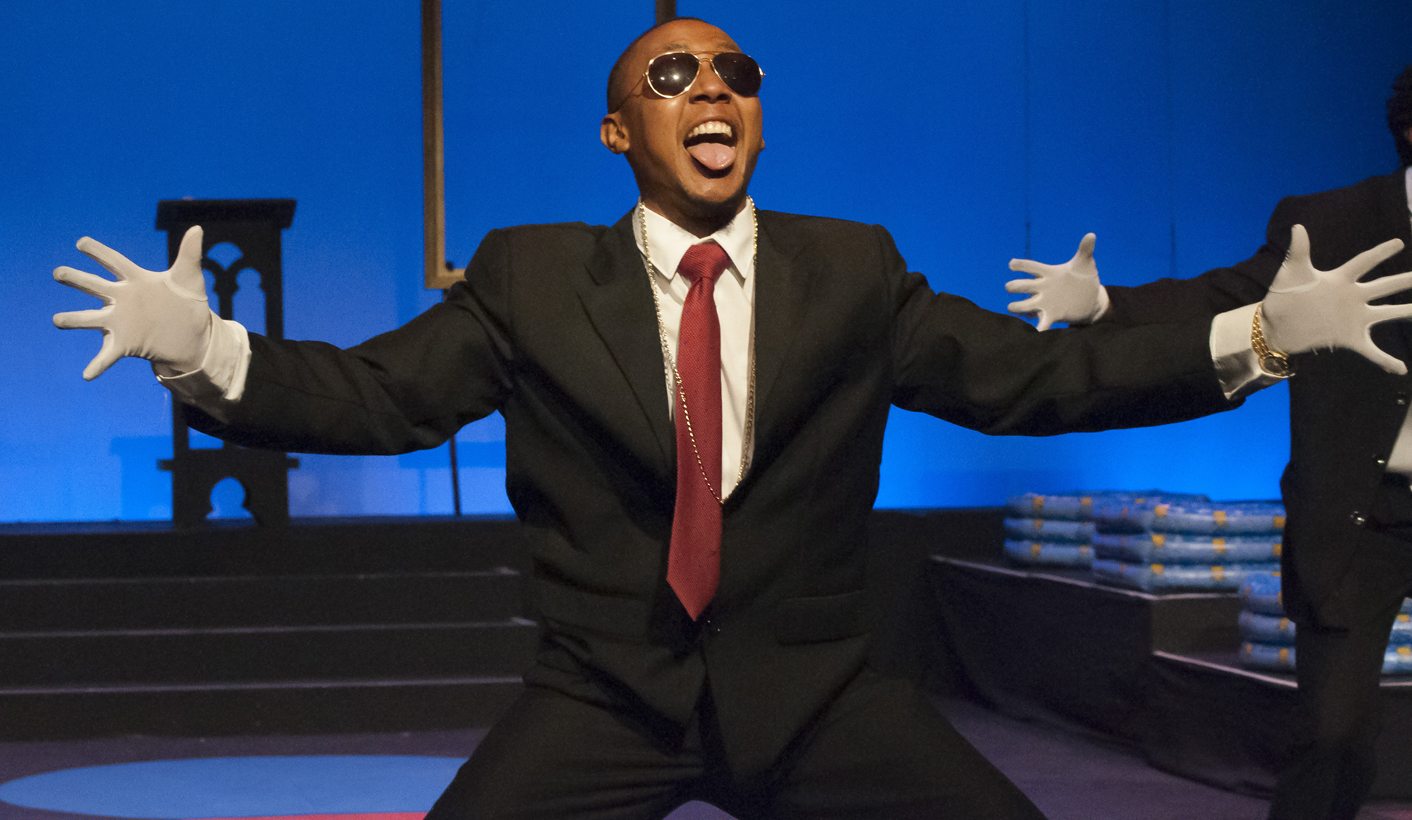 During the Weimar Republic in Germany in the 1930s, when Hitler and his dark-hearted cohort were waiting in the wings to unleash their deathly vitriol, brave voices took to stages in seedy clubs to give voice to the fears of those who sought kinder, gentler things. Kabarett became a wickedly devious way of undermining the regime. I came to the National Arts Festival in search of South African theatre that would challenge the madness going on all around us, that would shine a stark spotlight on everything that is going wrong and expose it. I found it. By TONY JACKMAN.

Secret Ballot has already been on in Joburg and Pretoria, playing “on the fringes” of the mainstream theatre scene, the cast told me after I had gone backstage to tell them how their show had thrilled and chilled me. It astonishes me that a work of this calibre, with such intensely rich, clever writing, such pertinent material, such vigour and vim in performance, could barely be noticed in the city where, during another Struggle, the voices of theatre-makers were among the boldest fighters against the apartheid regime.

Every day – yesterday, today, tomorrow and many more to come – we face an increasingly frightening world which, every day, reminds me more and more of what Germany in those chilling years must have been like. A world of hidden agenda, brewing foment, self-serving autocrats, suspicious eavesdroppers. Familiar, no?

Right now, we need the theatre-makers to stand up and fill our stages with a new kind of protest theatre for a new time. In Secret Ballot, we have a flag-bearer screaming and shouting at us to listen and take notice and prevent further calamity from befalling us. We have a fresh, bold voice with the guts to slate – destroy, annihilate – the thuggery and thievery of those with the keys to the nation’s larders.

His name, if you don’t yet know it, is J.Bobs Tshabalala.

I sat in a theatre which can hold scores of people. There were just 15 of us. I could have wept. To make matters worse, writer-director (here’s the name again) J.Bobs Tshabalala told me afterwards that the festival had messed up their dates, so that according to the official information, they don’t have a show tomorrow. Well, they frigging do: they have two shows tomorrow, and nobody knows, nobody’s booked. As a fellow playwright who has taken shows to Grahamstown, I know what it feels like to put your heart, soul and talent into something and have nobody notice. I could weep.

But if your name is Julius Malema, or Jacob Zuma, or you’ve ever worn a red beret, worn masses of bling, or cocked a snook at The Masses, you might want to steer clear. Because this slams, thwacks and stomps on the bling brigade, the tenderpreneurs and the pocket-fillers.

Tshabalala is a brilliant writer. Truly genius. His writing makes that of his forebears in theatre, Ngema and his ilk, seem so tired and plain by comparison. I was in the opening night audience of the first ever production of Woza Albert way back when, and yes it was a joy and a thrill, but this show is in another class altogether.

Joburg, wake the hell up. If you own a theatre in Joburg, call them up and now and book it in. Ismail Mahommed, I’m talking to you. Get them onto a proper, major stage, market the hell out of them, and yes, invite the entire red beret-wearing, yellow-black-and-green rally-stomping shebang to opening night. Their faces would be a sight to see, although I suspect that some of them will have the maturity to laugh at themselves. During the pain and the shame.

A bevy of long-coated, blinged-up, red-adorned, pelvis-thrusting members of The Brotherhood strut, preen and gloat while feeding at the trough. They pillory, they mock, they connive, they taunt. It’s packed to the rafters with pithy one-liners and, undeniably, if this were on a stage in the Weimar Republic and it was the Nazis being pilloried, they’d have been detained and executed. That is the kind of theatre that is needed right now.

Tempting as it is to give you snippets of text here, I shall refrain. Save every deliciously clever morsel for the pleasure of the darkened theatre and the empty stage about to be filled with angry, ranting life. What a pleasure. Thank you guys. If I had a red beret, I’d take it off to you.

Now pick up the phone, get on your social media, and tell everyone you know who is in Grahamstown to see this goddamn fine show. Because if there are only 15 people in the rest of their shows, I’m coming after you. DM