House of Cards: O’Sullivan back in court – a test case for all dual citizenship, or not? 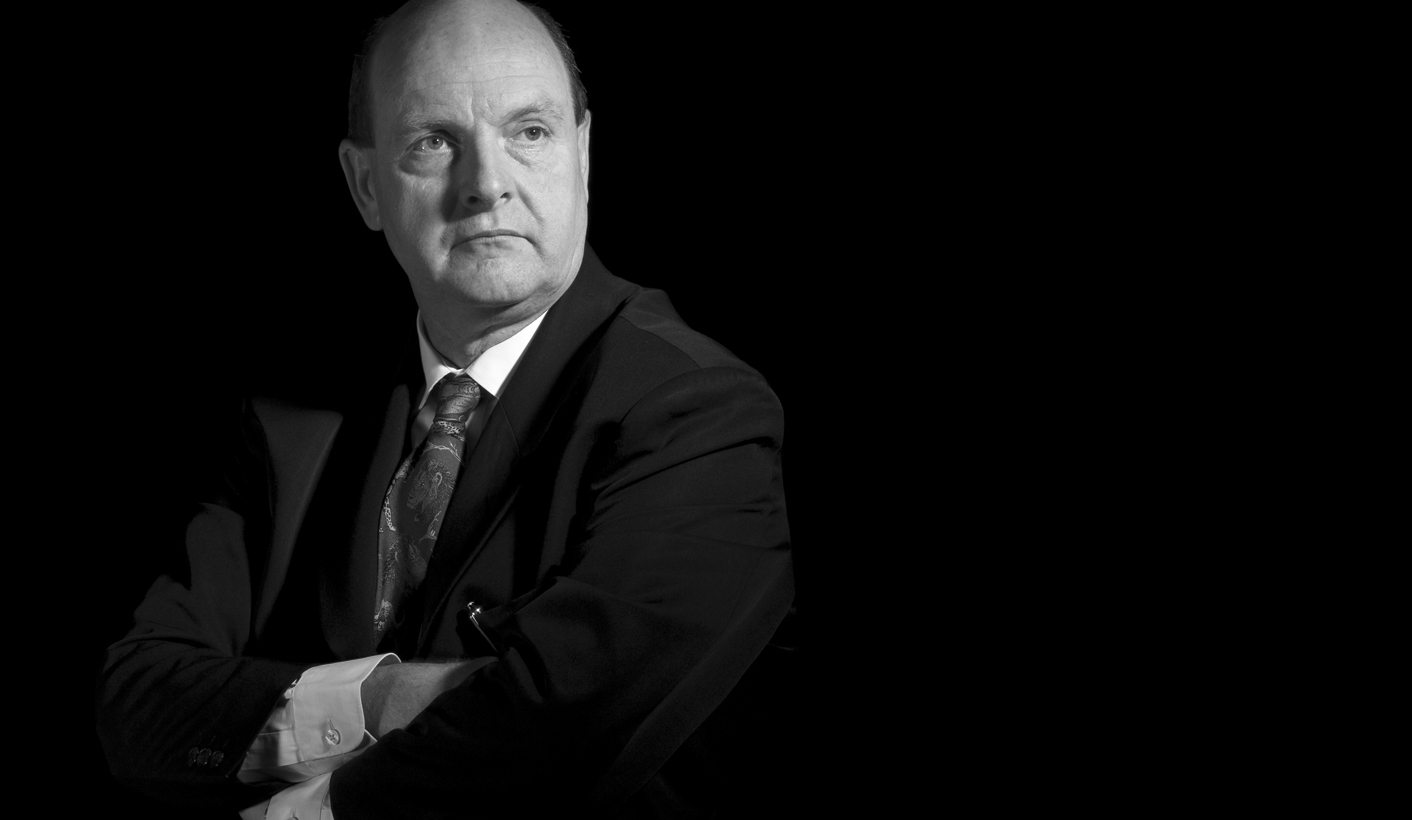 Forensic Investigator Paul O’Sullivan, who was dragged off a London-bound plane in front of his two young daughters by a posse of the Hawks officers in April, is due to face charges under the Citizenship Act in the Kempton Park Magistrate’s court on Monday. O’Sullivan is the first South African to be arrested and hauled off a plane in this dramatic fashion on these relatively minor charges. If this was the real reason the Hawks used their strong-arm tactics on this occasion, the outcome of the case will certainly affect thousands of South Africans who are entitled to dual citizenship. If not, the Hawks might find themselves in a spot of bother. By MARIANNE THAMM.

For several years now the Irish-born, South African based high-profile forensic investigator, Paul O’Sullivan, has freely travelled between countries on his legally issued passports. O’Sullivan is a South African citizen and has been for at least 20 years. At some point the investigator – who was on the now-jailed Czech crime boss Radovan Krejcir’s hit list – had to make a quick exit, as one must, when he received intel that Krejcir had ordered he [O’Sullivan] be assassinated.

O’Sullivan is a marked man and he knows it. He has made himself extremely unpopular since helping to build a case against the late and former police chief Jackie Selebi who was bust and found guilty of corruption in 2010. O’Sullivan is relentless when it comes to exposing cops and officials he alleges are corrupt as well as hunting known underworld figures. He is not, to put it mildly, popular in these circles.

Before 1 April when he was dragged off the plane, O’Sullivan had lodged a myriad criminal complaints against a long list of recurring actors in the South African landscape including former Crime Intelligence boss Richard Mdluli, Deputy Director of Public Prosecutions Nomgcobo Jiba, Divisional Commissioner of the South African police Service’s Detective Service Lieutenant-General Vinesh Moonoo, Acting Commissioner of Police, Lieutenant-General Khomotso Phahlane, as well as Hawks Head Mthandazo Ntlemeza, to name only a few.

It is clear that O’Sullivan is a thorn in the side, a pea under the mattress, a stone in the shoe, a mosquito in the ear.

Sidelining O’Sullivan would bring a measure of peace and quiet, but how to do it?

In April 2015 O’Sullivan’s offices were raided after the leak of “fake” bank statements pertaining to SAA chief and Zuma ally Dudu Myeni. O’Sullivan obtained a court order in that instance forcing police to return electronic equipment seized during the raid.

Paul O’Sullivan inadvertently made history (again) on 1 April when he became the first South African citizen in the country ever to be dragged off a plane for contravening Section 26B of the Citizenship Act, which renders it a criminal offence for any South African to enter or leave South Africa on a foreign passport. O’Sullivan was escorting two of his young daughters home to London and had used his Irish passport.

Soon afterwards, Immigration lawyer Gary Eisenberg wrote that the problem was not the charging of O’Sullivan with contravening the act but “the rather selective enforcement of the law by South African authorities”.

Eisenberg says that while the intention of the law – to prevent the creation of administrative confusion for the authorities – is reasonable, he had never, in the 10 years since the section was added to the Act, ever heard of anyone ever being arrested on these charges.

Writing in his blog, Eisenberg noted:

“To prosecute a South African citizen, and release him on R20,000 bail for violating this law, is unheard of and ludicrous. This may be the first case in the country’s history. Generally Home Affairs authorities give South African citizens entering or leaving on the incorrect passport a warning for contravening Section 26B of the Citizenship Act.”

O’Sullivan will not, of course, go quietly. On 4 June, he filed countercharges of Unlawful Arrest and Detention, Torture, Extortion, Corruption, Defeating the Ends of Justice and Breaching Section 32 of the NPA Act against nine “suspects” including Ntlemeza, Phahlane, Moonoo as well as Gauteng Hawks head Prince Moketedi, the NPA’s Advocate Sello Maema (incidentally one of the prosecutors investigating the SARS “rogue unit” matter in an attempt to build a case against Pravin Gordhan as well as the prosecutor in the KZN Hawks head, Johan Booysen matter. Charges in that matter were dropped).

In his sworn affidavit O’Sullivan refers to a transcript of a conversation that took place between his counsel, Advocate Mannie Witz, and Maema, who was the prosecutor in the Kempton Park Magistrate’s court who dealt with O’Sullivan’s bail hearing the Monday after his Friday evening arrest.

O’Sullivan submits that in the conversation with Witz prior to the pre-bail hearing Maema referred to an “e-mail” about corruption in South Africa and some kind of press conference or briefing that O’Sullivan was due to give in London. It would appear from this that Maema was more concerned with O’Sullivan’s threat to expose corruption than the offence under the Citizenship Act.

In the statement O’Sullivan writes that their response “makes it clear that it is now an arrestable offence to fight corruption in South Africa”.

O’Sullivan did indeed send an e-mail to the Hawks, which he copied to various media outlets including Daily Maverick, alerting everyone to the fact that he was leaving the country on 1 April and would be giving a conference in White Hall to expose President Zuma as well as others.

The hearing in Kempton Park is set down for three days, from Monday to Wednesday. Eisenberg has written that he is familiar with many cases involving South Africans who unintentionally exited or entered the country on foreign passports “for different reasons; either they didn’t know, or perhaps they couldn’t get a South African passport in time. However, not one was prosecuted, not even when the authorities knew that they were citizens of this country travelling on a foreign passport.”

Meanwhile, while O’Sullivan claims that he was threatened that he would be charged with treason as well as possible other charges after his dramatic arrest and subsequent detention, these have not yet materialised.

O’Sullivan was released on R20,000 bail and the original stringent conditions that he report to police daily were later relaxed. His passports, in the meantime, have been confiscated, which has prevented him from travelling. It would stand to reason that he would be keen to see the matter go to trial and be speedily resolved. South Africans across the world who might find themselves in the same position as O’Sullivan with regard to dual citizenship will also be keenly watching proceedings. DM