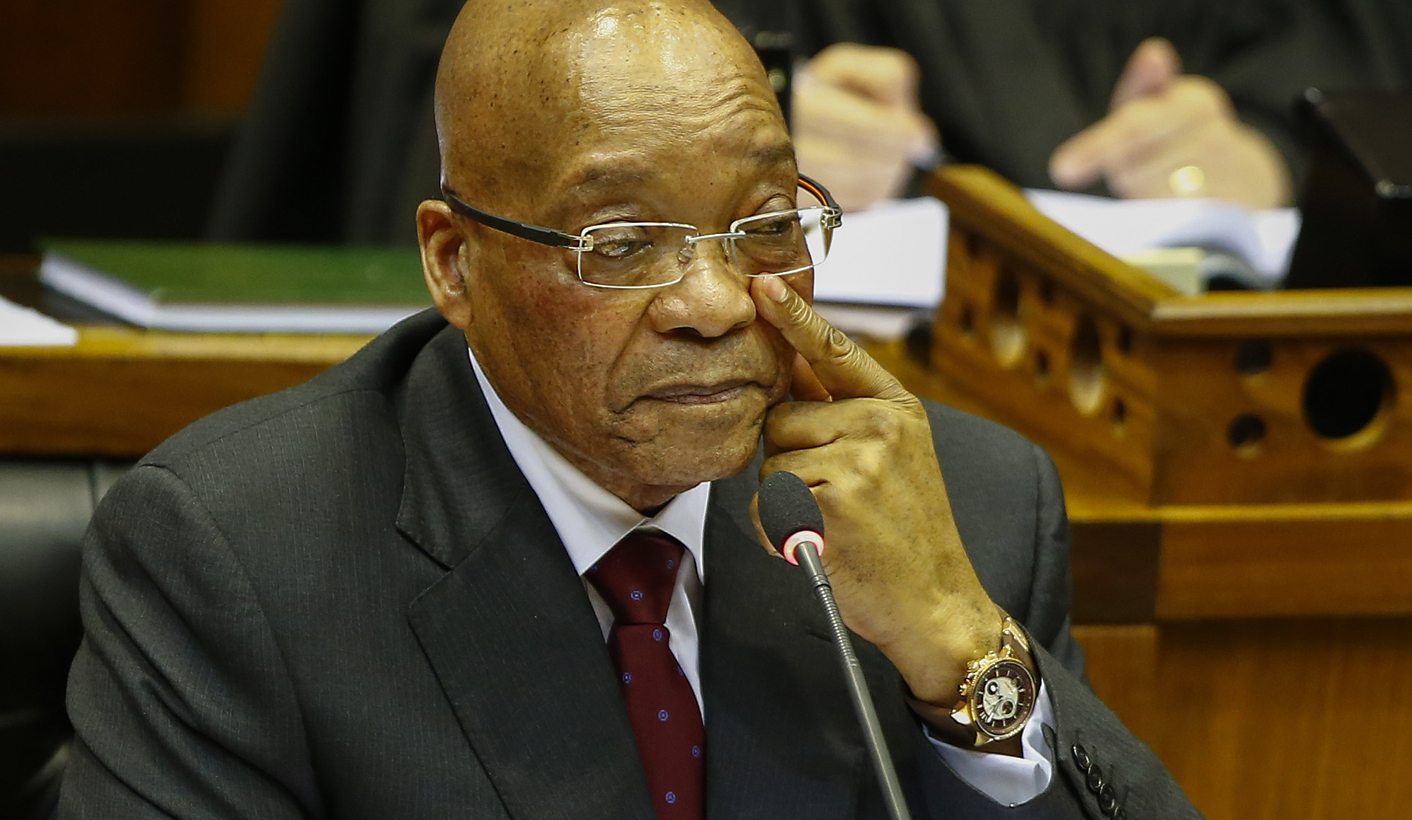 Telling someone you’re on a date with that you are a lawyer at the Office of the Chief State Law Adviser must be about as successful as showing them your Cope tattoo. Almost every time government goes to court on some big issue, it loses. Then it appeals. Then it loses. Finally, those fine folk in Braamfontein hand down a final order, and someone somewhere in the Presidency issues a mealy-mouthed statement of acceptance that none of us believe. One wonders why they would do it? Why take the abuse, the loss, the unqualified humiliation. Especially when one is qualified enough to make more money in private practice. Well, finally what we all knew all along is official. It’s not the lawyers. It’s the politicians. By STEPHEN GROOTES.

One of the wonderments of our politics is what we have come to call “lawfare”, the use of the courts for political ends. In so many cases, going to court has become a way for an opposition party to try to stop the ANC from doing something in government. Sometimes it’s an NGO, sometimes it’s your ordinary citizen. But government’s win/loss ratio in court is worse than that of the Southern Kings. Think of the Omar al-Bashir case, Parliament’s defence of its right to break the law by using police to throw people out of the National Assembly, almost every case brought by the DA (the appointment of Menzi Simelane, the appointment of Hlaudi Motsoeneng, the challenge to the non-suspension of Hlaudi Motsoeneng, the challenge to the outcome of the disciplinary hearing of Motsoeneng, the challenge to the reinstatement of Motsoeneng, the contempt of court application against Motsoeneng…) and of course, in case we forget, government’s role in Nkandla and too many other cases to count.

Finally, the Public Service Commission has conducted a study into the Office of the Chief State Law Adviser, partly to find out what in the hell is going on. The enticingly named “Assessment of the Effectiveness and the Efficiency of the Office of the Chief State Law Adviser” makes for, well, dry-ish reading. Still, it is as revealing as it is methodical, careful and fair. PSC Commission Chair Advocate Richard Sizani and his team have done good work. It’s not easy being in this position; you have to make findings against people who are very powerful, and are not guarded in their displeasure.

Early on in the report they say some respondents were of the view that the legal opinions “are not always genuine and impartial”, but they are drafted in a manner that would satisfy the leadership of the institution and advice on legislation is at times “pro-executive- or executive-minded”, thus creating a “conflict of interest” in the roles of advisers. In other words, the lawyers are under pressure to give politicians the advice they want to hear, rather than the advice they truly need. It’s an easy dynamic to understand – imagine the consequences of telling Number One early in the process that that appeal on Nkandla has no chance. There is a reason why Jeremy Gauntlett was eventually drafted in, because it took an outsider of sufficient standing, who had nothing to lose, to give it to President Jacob Zuma straight. And eventually Zuma had no choice but to climb down, throwing many an underling under the bus.

It is a little later, in the recommendations section, that the report gets to the heart of the matter, when it says this office “should maintain its impartiality and professionalism by ensuring that when executing its mandate, there is no undue pressure to say what the Executive wants to hear, given that previous experience has resulted in embarrassment in court”.

There it is, in black and white, the embarrassment.

The commission actually goes quite far when it considers what is to be done. It recommends that the office be set up differently to the way it is now, suggesting that actually its independence be guaranteed in the way that the independence of the National Prosecuting Authority is guaranteed (I presume you’ll have a little more to say on this specific point later… – Ed). It says that by doing things that way, the lawyers will be able to give the advice free from the fear of any kind of disciplinary action for simply giving advice the “political heads” don’t want to hear.

Certainly, this makes sense. Would you want to be the person presenting advice to Faith Muthambi that she simply cannot, under any circumstance, appeal a ruling that Hlaudi (who “the President just loves so much”) must be fired? One hopes that, if your independence was entrenched (legally speaking, that is), you would feel a little more confident in presenting that advice.

But of course, as we have seen so often, thatwould not be the end of the problem.

Imagine a situation such as this: An issue arises where the president has been found by a High Court (no doubt, in the world according to Gwede Mantashe, one in Cape Town or Pretoria because they are biased against the ANC) to have violated his oath of office because he did not respect the findings of the Public Protector. I know it might be stretching our imagination a bit, but just consider what if… hypothetically now … the issue comes before the Office of the Chief State Law Advisor for review, this office must now decide whether or not to issue advice that the government can appeal this decision. What would happen?

Well, that office would suddenly have incredible political power. It would be able to decide whether or not to appeal that ruling, or to let it stand. What if it were a case that could literally end in a president being defenestrated. You might think that has never happened either, but imagine if it had been up to this office to decide whether or not to challenge the Nicolson Judgment that led to the Mbeki recall… Imagine the fight for control of it. It would, de facto, be of massive political importance.

Which is why this will just never happen. Instead, what will happen is that this office would simply follow the example of the NPA. It would become hopelessly politicised. It would end up with a boss who shows themselves amenable to political persuasion. We would have the legal adviser equivalent of Bulelani Ngucka, or Menzi Simelane, or even, it would appear on the evidence so far, Shaun Abrahams (his decision to withdraw charges against Nomgcobo Jiba, to appeal the reinstatement of Zuma’s corruption charges etc). Which means that we will simply get nowhere.

In the end, the real problem here, of course, is that we should never have to go to the situation where courts become politics by other means. It’s a sign of our broken politics that this happens. The judges don’t like it, and generally speaking, most people don’t like it. One of the reasons that abortion and gay rights are still such huge issues in the US is that they were resolved legally (through decisions in the Supreme Court) rather than politically. The same happens here, when a court rules, the politics really starts. The Constitutional Court’s Nkandla ruling is the perfect example, it handed down a judgment, Zuma non-apologised, and that was that.

The Public Service Commission has written a good report. It deserves much better than to gather dust on an executive’s shelf somewhere. DM