Time and again: The ANC vs the Courts 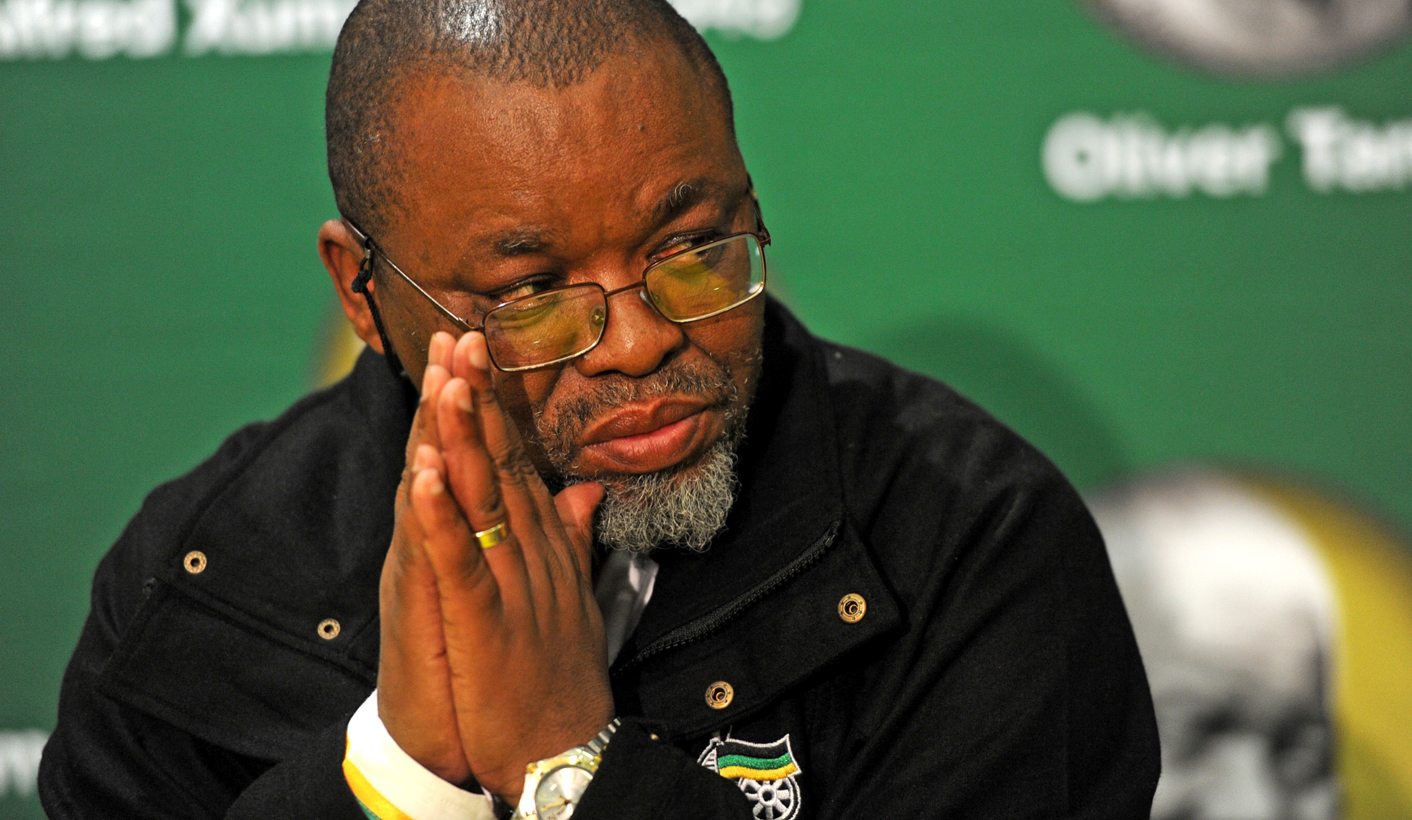 In the run-up to President Jacob Zuma's ascent to the Union Buildings, the relationship between the ANC under a man then facing corruption charges, and the courts, caused many people to lose sleep. For some, the writing was on the wall that the ANC was going to try to weaken the courts' independence. That bogie disappeared for a while. Now it's back. Gwede Mantashe, secretary general of the ANC, has claimed that the courts of the Western Cape and North Gauteng are inherently biased against the party; he's frustrated and angry. But actually, in a constitutional democracy, there is virtually nothing that he can do about it. By STEPHEN GROOTES.

There’s a certain dynamic that plays out when the ANC, and its leader, do something that is just indefensible. Everyone loses their minds for a while, and runs around making wild statements. Then someone gathers the troops together, and works on the cover-up. We saw this exact dynamic with the landing of the Gupta wedding guests at the Waterkloof Airforce Base. People queued up to shout and scream about it, and then everything went quiet. Until a scapegoat was found, demoted, and then given a long, all-expenses-paid holiday at The Hague.

With the scandal, and it is a scandal, around the hasty departure of Sudanese leader Omar al-Bashir from South Africa last week, the same dynamic is playing out at present. People are scurrying around, refusing to comment, then issuing statements denying ‘secret meetings’ between ministers to ‘plot his escape’. And then comes the real shouting, the irrational statements. This time around, it’s from Mantashe, who as secretary general of the ANC, should know better.

It started on, of all places, Carte Blanche. On Sunday night, they broadcast a package about Al-Bashir’s departure/escape. Right at the end of the piece, Mantashe makes a comment about the courts.

What he says is this: “There is a drive in sections of the judiciary to create chaos for governance. And we know, that if it doesn’t happen in the Western Cape High Court it will happen in the Northern Gauteng. Those are the two benches where you always see that that narrative is totally negative and create a contradiction.”

Then, following up these comments, 702’s Xolani Gwala spoke to Mantashe himself. Rather than pulling back, Mantashe went slightly further, suggesting “that it is a trend… this trend is worrisome, once the judiciary is political, and even begins to debate rules of Parliament, when to call order, when a member must leave the change, it means one arm of government is beginning to have authority and virtual powers over another arm of government”.

All of this while every ANC deployee in government claims not to be able to speak about the al-Bashir departure for fear of “not showing respect to the court hearing the case”.

There is an awful lot in these statements that simply doesn’t make sense. For a start, Mantashe appears to be complaining about the Western Cape and North Gauteng High Courts because his party, the ANC, or his proxies, i.e. those who run Parliament and those in government, have often lost them. In other words, he’s angry that he’s lost, and nothing else. And even then, the facts don’t bear him out. Just recently, the Western Cape High Court ruled against Primedia Broadcasting (Disclosure: Grootes is an employee of Primedia Broadcasting), and in favour of Parliament in a case relating to the cell phone jamming and the control of Parliament over the camera angles shown on the night Julius Malema and his party were thrown out of the National Assembly. Also, the Judge President of the Western Cape High Court is Judge John Hlophe, the man who stands accused of trying to influence judges in order to help President Jacob Zuma.

Mantashe, of course, doesn’t answer the simple question about why he, or the people he controls, don’t appeal these rulings to a higher court. Perhaps it’s because he knows they will lose there as well.

The mechanism that has been chosen to settle disputes, through literally ancient precedent, is the courts. And in this case, all sides of our society had a hand in negotiating the rules of the game, the Constitution. Those courts are now only enforcing those rules. Mantashe is simply furious that his side has been losing while playing by those rules, and now he wants to take his ball away and clobber the referee.

But we shouldn’t be too surprised at this. Mantashe, unfortunately, has form here. In 2008, just before Judge Chris Nicolson delivered his ruling, and just after Constitutional Court judges had lodged a complaint against Judge John Hlophe (in a case that is still continuing) he said, “This is psychological preparation of society so that when the Constitutional Court judges pounce on our president we should be ready at that point in time”. Incidentally, it was this comment, and his claim at the same time that judges were “counter-revolutionary” that led to Zapiro’s famous “rape” cartoon.

Mantashe also seems to forget there may come a moment when his party is not on the winning side of a political battle. That it may well approach a court itself at some point in the future to protect its rights. It’s a sign that the ANC in its present form simply cannot understand not being the ruling party.

However, there is an interesting dynamic that does appear to be present in these latest comments quite symbolic of how things have shifted. Back in 2008 Zuma and those behind him in the ANC were gaining power. Mantashe’s comments at the time led to huge angst in the legal profession, and to fears the ANC was actually going to try to change the Constitution. This time, that fear does not appear to be fomenting, at least not yet. That may be because Zuma, those around him and the ANC itself is not actually gaining power, but slowly losing it.

All the trends appear to show that the party is not as strong as it was. Any hopes it had over regaining a two-thirds majority in the National Assembly have evaporated. At the moment, it can’t even control events in that chamber, with Malema seemingly having more power to do that than Luthuli House does. Even when the party is prepared to simply break the law, as it did with the signal jamming, in the end, because everyone could see what was happening, the jamming had to be stopped. One reason the ANC simply doesn’t have the police turf out those wearing red in the National Assembly is because society would see it, and thus there would be a reaction to that. One negative to the ANC.

The power of Mantashe himself also appears to be ebbing. It’s been a long time since anyone referred to him as “perhaps the most powerful man in the country”, and his relationship with Zuma appears to have deteriorated. This may also be a factor of why, for the moment, we are not lying awake at night.

But it’s often said that the price of freedom is eternal vigilance. The price of our constitutional order is exactly the same. DM