Seriti Commission Arms Deal Report: But what about those two shipping containers full of documents? 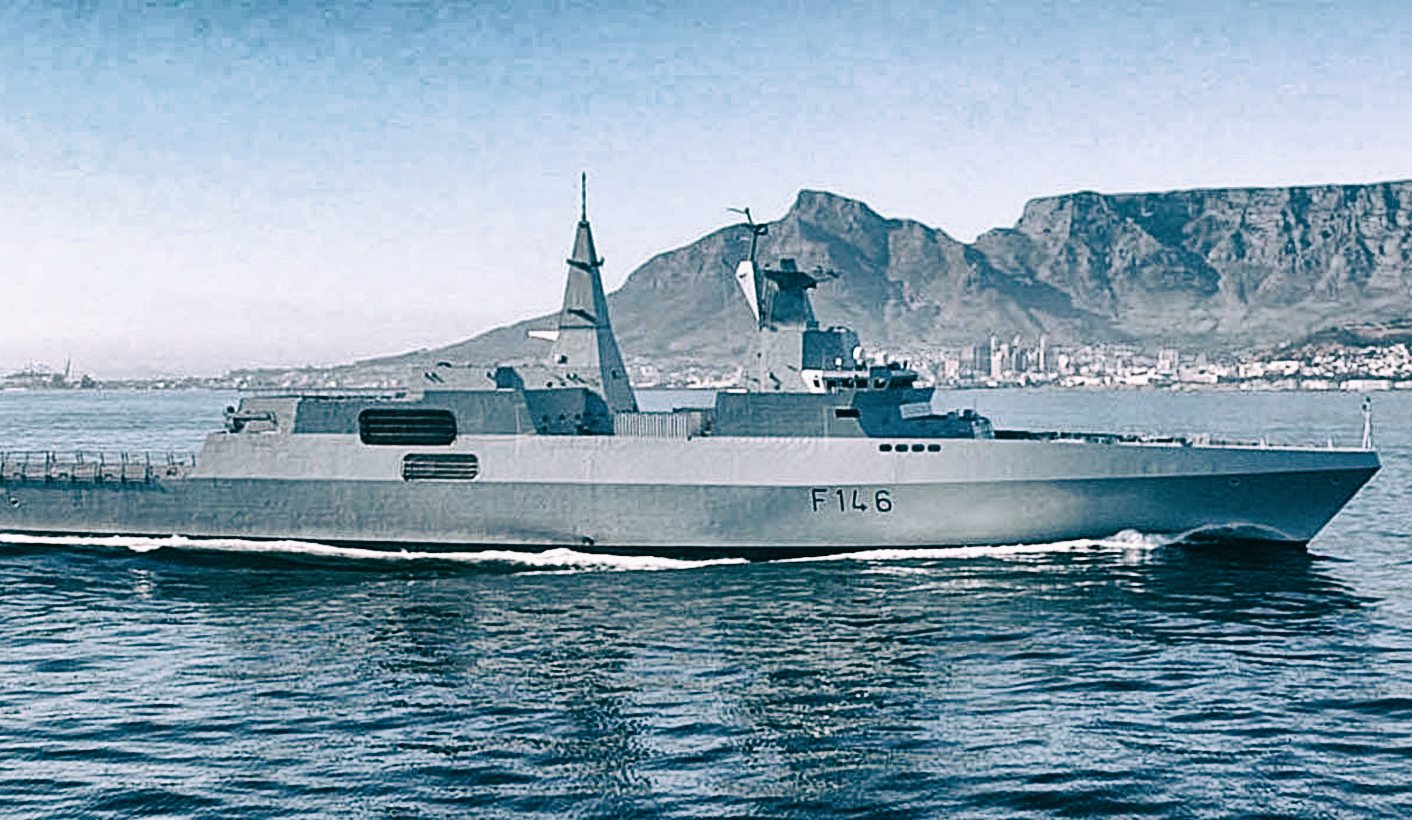 An eye-watering 4.7 million computer pages and 460 boxes of evidence against BAE, the German Frigate Consortium and the German Submarine Consortium and left in two shipping containers at the Hawks premises in Pretoria were overlooked by the Arms Procurement Commission. With the findings of the commission released on Thursday exonerating everyone, anti-arms deal campaigner Terry Crawford Brown is considering reopening a case he took to the Constitutional Court in 2010. By MARIANNE THAMM

Crawford-Brown said he was in discussion with his lawyers about whether to reopen CCT 103/2010 and if he had exhausted local remedies was considering taking the matter to the United States in terms of the Foreign Corrupt Practices Act and other American legislation.

Crawford-Brown told Daily Maverick that “some of us smelled a rat from day one when President Zuma told the ANC NEC in September 2011 that he was going to lose the case that I had brought before the Constitutional Court, and therefore to avoid being dictated to by the CC he would appoint the commission of inquiry that I demanded.”

President Zuma’s legal counsel, Advocate Marumo Moerane, said Crawford-Brown, had been unable to rebut the existence of the 4.7 million computer pages and 460 boxes of evidence against BAE and, in addition, the evidence against the GFC and GSC. The Hawks had acknowledged in Parliament in September 2010 that they had inherited all this evidence from the Scorpions.

“All that evidence was left in two shipping containers at the Hawks premises in Pretoria, and was NOT investigated,” he said.

In a press statement in August 2013, the Arms Procurement Commission (APC) had said it would be too expensive and time consuming to scan and index this evidence.

“As we know from the Panama Papers, the technology is now available – and would have probably cost about R250,000. Instead, the Commission wasted four years and spent over R100 million. The evidence also includes 160 pages of affidavits from the British Serious Fraud Office and Scorpions that detail how and why BAE paid bribes of £115 million via its front company, Red Diamond Trading Company incorporated in the BVI – who whom the bribes were paid, and which bank accounts in SA and overseas were credited.”

Crawford-Browne said that in terms of his subpoena, he had demanded an examination of the International Offers and Negotiating Team and Financial Working Group papers, which he had estimated at 17 000 pages and which were distilled into the 57 page affordability study that went to Cabinet in August 1999.

“The APC could not (or would not) find those documents, and its documentation management was utter chaos. Even the affordability study which had been in the public domain since 2001 got reclassified, so Feinstein, Holden and van Vuuren refused to testify.”

The commission also had been plagued by resignations including the resignation of Norman Moabi who had alleging that Judge Seriti was “pursuing a second agenda to silence the Terry Crawford-Browns of this world.”

Crawford-Brown said that the entire investigation “was a farce – as is the report released today.”

“Most particularly, the whole acquisition and its offsets of R110 billion against R30 billion in expenditures was unconstitutional and fraudulent in terms of section 217 (1) covering government procurements, i.e. fair, equitable, transparent, competitive and cost-effective. It dismally failed all those boxes. My submission, including a legal opinion by Advocate Geoff Budlender, was disregarded. For example, Joe Modise intervened with his ‘visionary approach’ to exclude cost from the BAE procurements.”

BAE had been obligated to deliver NIP offsets of US$7.2 billion and DIPs of US$1.5 billion (now about R120 billion). About 2.3 percent of that was paid. Crawford-Brown said Judge Seriti had refused to admit as evidence the Debevoise & Plimpton report on Ferrostaal and the submarines which found that the Ferrostaal offsets (also just over 2 percent) were mainly “non-refundable loans” i.e. bribes.

“South Africa has borrowed for 20 years from Barclays Bank to finance the BAE acquisitions. The loan agreement default clauses are a textbook example of ‘third world debt entrapment’. There is however, no prescription on fraud, and internationally accepted remedy is cancel the contracts, return the goods and recover the money. The arms deal unleashed the culture of corruption now devastating the country, hence the importance of continuing given the prospect of the downgrading to junk status,” Crawford-Brown said. DM