Kenya: Kenyatta kicks off 2017 campaign with the ICC still in his crosshairs 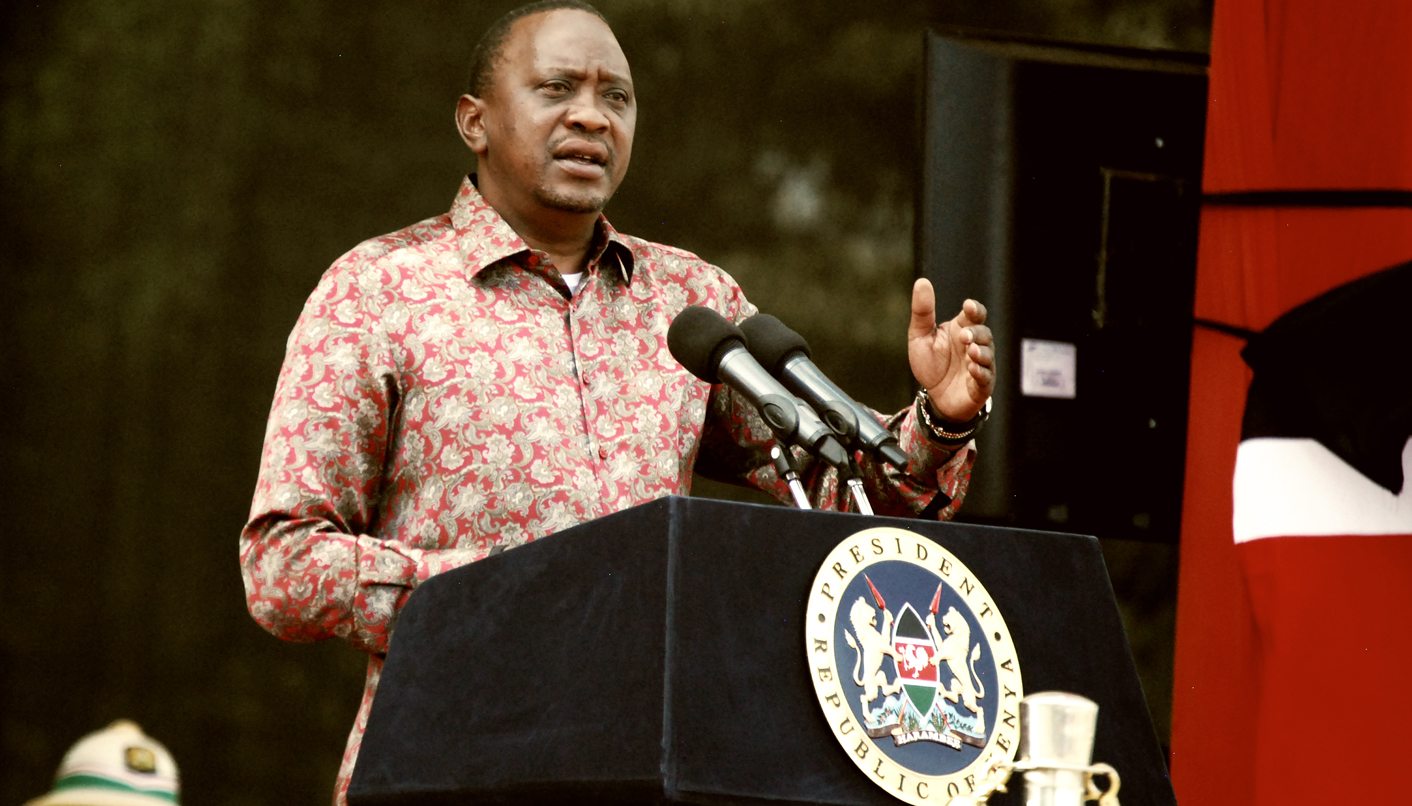 Hitting the campaign trail ahead of the 2017 election, Uhuru Kenyatta addressed a supportive audience in Nakuru. Once again, and although the charges against him have been dropped, the International Criminal Court proved to be a mightily-effective punching bag for the Kenyan president. By NJERI KIMANI.

Last weekend, Uhuru Kenyatta could be found campaigning in Nakuru, a traditional stronghold for the Kenyan president.

There was a lively atmosphere in Afraha Stadium on Saturday, with the president’s address broadcast on screens around the ground and gospel singers keeping the large crowd entertained and enthusiastic. People came dressed in the black, red and green of the Kenyan flag, and joined in the song and dance.

Although the rally was widely viewed as Kenyatta’s opening move in his public campaign for re-election in the 2017 vote, the content of the president’s speech was less about the future and more about the past. It was mostly devoid of politics, focusing instead on the long, drawn-out saga of the Kenyan cases at the International Criminal Court (ICC), where Kenyatta was among six Kenyans, known as the Ocampo Six, charged with crimes against humanity for their alleged involvement in 2007/2008 post-election violence. Recently, the saga came to an end when the final charges against deputy president William Ruto and radio executive Joshua arap Sang were dismissed, with the court alleging widespread witness interference and nonco-operation from the government.

All of the Ocampo Six were present in Nakuru, the first time they have shared a public platform since the indictment in 2010.

Kenyatta boasted of a “free and independent” judiciary, which could be able to seek justice in a peaceful and humane manner. It’s worth noting that it was over concerns about the independence of Kenya’s judiciary that the investigation into the post-election violence was referred to the ICC in the first place.

“I will not allow any other Kenyan to be tried in a foreign country. My solemn vow is that never again will the country fight over political rivalry. The ICC and Hague chapter is closed permanently and those who benefitted should know that we are now a very peaceful and God-fearing country,” said Kenyatta.

“It has been nine short years of the journey to healing. We have renewed our national covenant to live peacefully and we are fully aware that we wronged each other. We have forgiven each other. It’s now time to heal our wounds, then we compensate the remaining IDPs [Internally Displaced Persons].”

An emotional Kenyatta said that the toil of having a case to answer while leading a country was tough. “It was a long journey of loss of life but as a country we have started afresh. We had so much baggage when we launched our campaigns in these same grounds in 2007. We have however based our politics on peace and unity and we have seen it being upheld in the country,” he said.

Photos: Part of the crowd that showed up for the prayer rally. (Njeri Kimani)

Kenyatta said that the success of the political coalition between his party and that of Ruto – a rival during the post-election violence period – shows just how far the country has come.

“When we first announced our ‘marriage’ in Nakuru we were branded jokers because there was too much baggage of hate between the two communities. The people of Kenya are forgiving because they are currently being led by people who were said could not share a table.”

Kenyatta promised to accept the decision of the electoral, whatever it may be. “I am ready to go back to Ichungweri [Kenyatta’s home village] but I do not want any bloodshed over political gain,” he said. DM

Lest we forget: Journalists relive the trauma of Kenya’s post-election violence on Daily Maverick

Analysis: How Kenyatta and Ruto beat the ICC on Daily Maverick