The great escape: How Kenyatta and Ruto beat the ICC 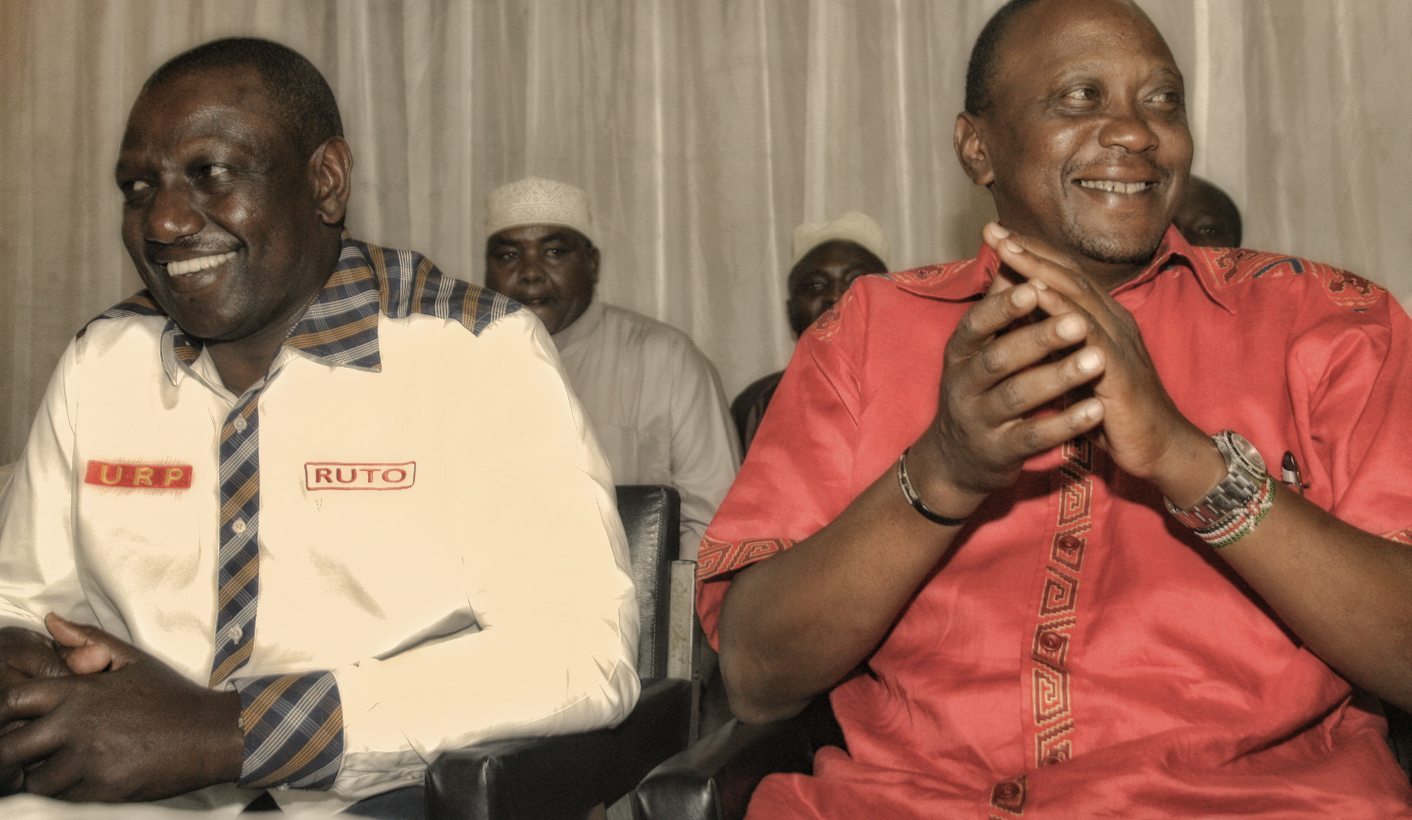 Nine years ago, more than 1,400 people were murdered in Kenya. To date, no one has been prosecuted for these crimes – and, following the dismissal of the last Kenyan case at the International Criminal Court, it doesn’t look as though anyone ever will. By SIMON ALLISON.

In late 2010, about three years after the brutal post-election violence in Kenya that had killed more than 1,400 people, the slow-moving wheels of justice finally kicked into gear. With the Kenyan government struggling to prosecute by itself, it asked the International Criminal Court (ICC) to step in, and they came up with a list of six names.

Read more: Daily Maverick speaks to journalists who covered the post-election violence about the horrors they witnessed – but would rather forget.

These were, in the prosecution’s assessment, the instigators of the violence. While they may not have pulled a trigger or hefted a machete themselves, they were supposed to have encouraged, organised and funded others to do so. What’s more, the prosecution was confident they had enough evidence and witnesses to put them away on charges of war crimes and crimes against humanity.

Born to Jomo Kenyatta, the country’s first president and liberation hero, and named for Kenya’s independence (uhuru in Swahili), Kenyatta grew up in State House as the nation’s favourite child, going to become its richest man and, at the time of the killings, its deputy president. His inclusion among the “Ocampo Six”, as the group was known, after ICC chief prosecutor Luis Moreno Ocampo, was a blow to the very top of Kenya’s ruling establishment, and no one expected that it would go unchallenged.

No one anticipated quite how effective the response would be, however.

In a stroke of pragmatic genius, Kenyatta and Ruto — realising their fates were now inextricably linked — joined forces to contest the 2013 general election, even though they were previously on opposing sides of the political divide. Incredibly, instead of being tarnished by the severity of the charges hanging over their heads, the pair were able to use the indictment as a rallying tool, claiming that they were victims of an international conspiracy against Kenya.

It worked. The pair swept into power as president and deputy president respectively. From these lofty positions, they were able to mastermind the next phase of their defence.

First, the new Kenyan government embarked on an intense diplomatic effort within Africa, designed to persuade fellow leaders that the ICC was racist and biased against Africans. The proof, they said, was that the court was only investigating black, African men. This is true, but misleading; the suspects’ list actually reflected the enthusiasm with which African countries were participating in the ICC process, with many African countries – including Kenya – actually requesting the ICC’s involvement.

Kenya’s campaign was effective, resonating as it did with other leaders who were themselves worried about being the subject of an investigation one day. Even the court’s most ardent supporter on the continent, South Africa, eventually cracked under the continental peer pressure, refusing to enforce an ICC arrest warrant against Sudanese President Omar al-Bashir in 2015. The ICC suddenly was on the defensive.

Second, the Kenyan government stopped or slowed its co-operation with ICC investigators, refusing to share key documents. As the ICC’s new chief prosecutor Fatou Bensouda said recently, “…despite repeated assurances of co-operation with the Court, the government of Kenya provided only selective assistance to the prosecution. The net result is that my office did not have full access to documents and records that may have had probative value or been able to further shed light on the truth.” Among documents not shared were bank statements and phone records, thought to be crucial to the prosecution case.

While this was going on, someone was waging a co-ordinated campaign of intimidation and coercion against prosecution witnesses. While there is no proof of involvement from the accused, there’s no denying that they benefitted.

“There was a relentless campaign to identify individuals who could serve as prosecution witnesses in this case and ensure they would not testify,” Bensouda said. “As a result, potential witnesses told us they were too afraid to commit (to) testifying against the accused. Others, who initially gave us accounts of what they saw during the post-election period, subsequently recanted their evidence and declined to co-operate with the court.”

Finding themselves without witnesses, key documents, or political support, prosecutors faced an uphill battle to keep the cases alive. This week, with the dismissal of the last cases against Ruto and Sang, they lost that battle. For now, anyway. Crucially, the judges refused to rule out the possibility of the charges being resurrected in the future. Effectively, it’s a mistrial rather than a finding of innocence, although the subtleties of this distinction are likely to be lost on the Ocampo Six.

Either way, justice for the hundreds of dead — and the many more who were sexually assaulted, or beaten, or forced from their homes — remains distant. This time around, neither Kenya nor the ICC has been able to deliver on its responsibility to hold the perpetrators of war crimes to account, with Kenyatta and Ruto showing that, yet again, politics trumps justice. DM

Photo: Then Kenya’s deputy Prime Minister and presidential aspirant Uhuru Kenyatta (R) and his running mate William Ruto (L) react in front of Kenyan Muslims where they were endorsed by the Association of Muslims organization of Kenya in Nairobi, Kenya, 22 February 2013. EPA/DANIEL IRUNGU