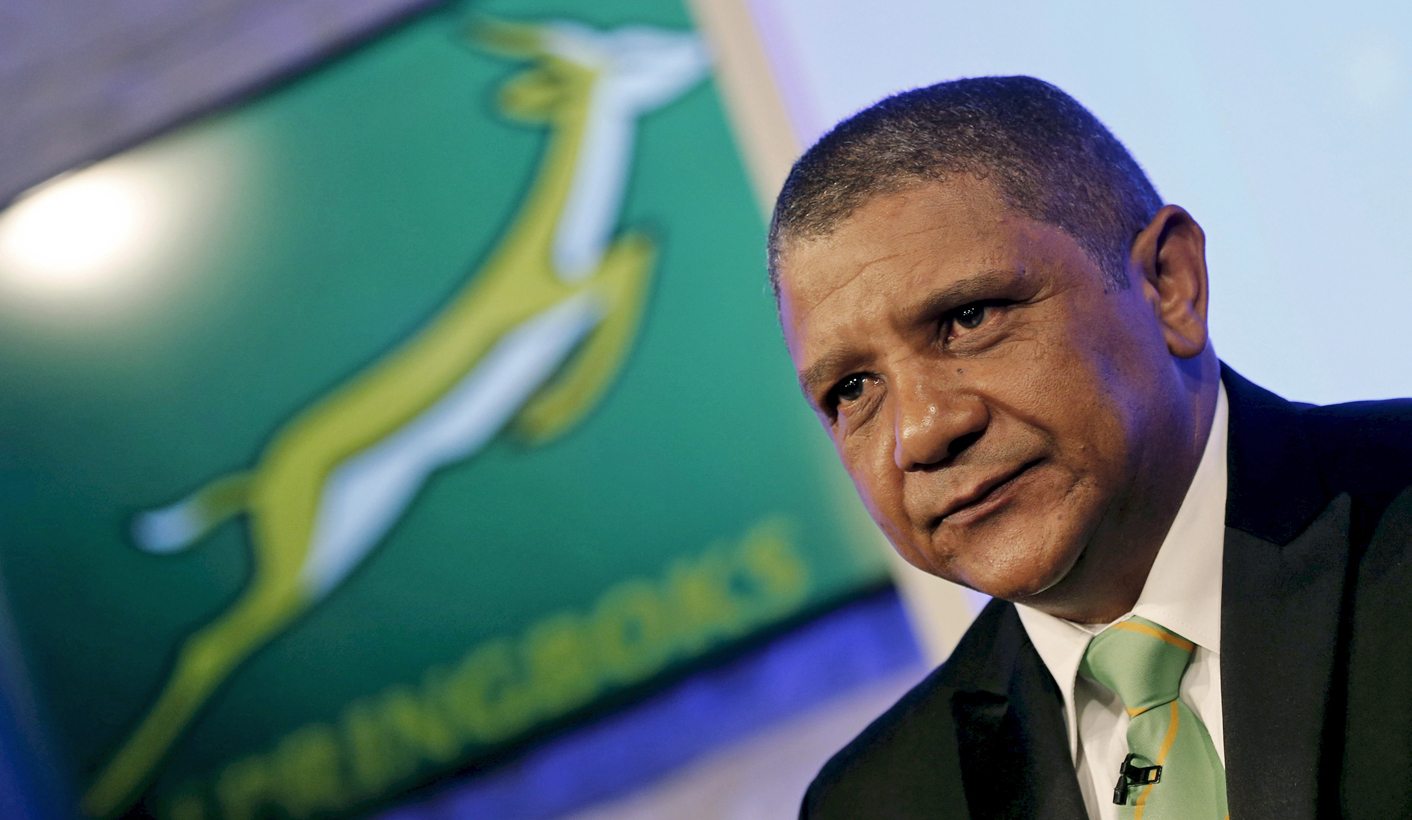 When it comes to having a nuanced understanding of transformation, few coaches are as versed in the resolve as newly appointed Springbok coach Allister Coetzee. But with the number of black players coming through the system remaining marginal, he faces an uphill struggle, just like his predecessors. By ANTIONETTE MULLER.

In what was probably the worst kept secret ever in South African rugby, Allister Coetzee was unveiled as the new Springbok coach on Tuesday. His appointment was widely applauded and respected, even if The Honourable Minister of Press Conferences could not be bothered to arrive on time and show some of that respect. Coetzee was the favoured man for the job as soon as Heyneke Meyer announced that he would not be renewing his contract, and brings with him a wealth of experience.

He has been at this level before, serving as an assistant to Harry Viljoen’s Springboks in 2000 and Jake White’s 2007 Springboks. The Stormers were South African conference champions for three out of the five years under him and he led Western Province to two Currie Cup titles. His detractors say that having never won a Super Rugby title takes away from his legacy, but taking charge of the Springboks gives him an opportunity to prove them wrong.

His first challenge is against an incoming Irish side when the Boks play Ireland at Newlands in June. Between now and then, he has to pick a side, pick a captain and find a way to cleanse the players’ DNA of the awful anti-rugby approach that was ingrained in them by Heyneke Meyer during the World Cup. This in itself will be a challenge, considering that under Coetzee, the Stormers were known for their defence rather than their attacking flourish. Critics suggest that the style of play of the two coaches is actually quite similar, but if Coetzee can find some inspiration and get the right results on the field, he might be given some reprieve to settle in and make his style click.

But like those before him, Coetzee’s most difficult challenge will be that of transformation. Admirable as the Strategic Transformation Plan might be, it seems increasingly unrealistic that by 2019, 50 percent of the team will be made up of players of colour, with 60 percent of those black African.

The challenge that faces Coetzee in putting together a team that makes up these numbers was underscored by the numbers in last week’s Super Rugby. Just 20 of the 75 players who started were black. Add to that the fact that 70 percent of those players play in just three positions – eight wingers, three loosehead props and three centres – and the task ahead looks monumental.

But Coetzee does have some experience in making transformation targets. Under him, the Stormers was the most transformed team in the country, consistently featuring about 50 percent black representation. That legacy lives on. Last weekend, the Stormers fielded six black players in their starting XV, more than any other South African Super Rugby side. This know-how and intimate knowledge of the players he will work with will stand him in good stead, but he made it clear that there is a bigger picture at play, particularly when it comes to backing players who are selected.

“When a player is selected he must understand where he fits into the team, regardless of colour,” the new coach told reporters after his appointment was confirmed.

“When we select a player we look with one pair of glasses. I need to back every player that we select, it is not about race. We must be smarter in the way we use our physicality and put a lot of emphasis on decision makers, especially nine (scrumhalf) and 10 (flyhalf).”

Still, even though Coetzee might have an acute understanding of what needs to be done to make transformation work at top level, the numbers are stacked against him. At the Stormers, he had time to nurture talent and be patient. With the Springboks, players will be expected to perform consistently immediately, such are the demands of international sport. While Coetzee does have the resolve and stubbornness to stick to his guns – and the players he believes in – solving South Africa’s transformation issues cannot be done with a blanket solution made out of mandates.

Some of these issues can be solved superficially with quotas at domestic level, but it will yield little long-term and sustainable success. Until Saru, and all the suits in the upper echelons of South African sport, realise that long-term investment is needed in every facet of grassroots sports and until South Africa’s top rugby players start being drawn from more than just a handful of schools, it doesn’t matter how well acquainted with transformation the coach in charge is, he will always be fighting an uphill battle. DM

Photo: Allister Coetzee looks on after being unveiled as the South Africa Springboks’ new rugby coach in Randburg, outside Johannesburg, April 12, 2016. REUTERS/Siphiwe Sibeko