Upgrading informal settlements: The importance of the Slovo Park judgment 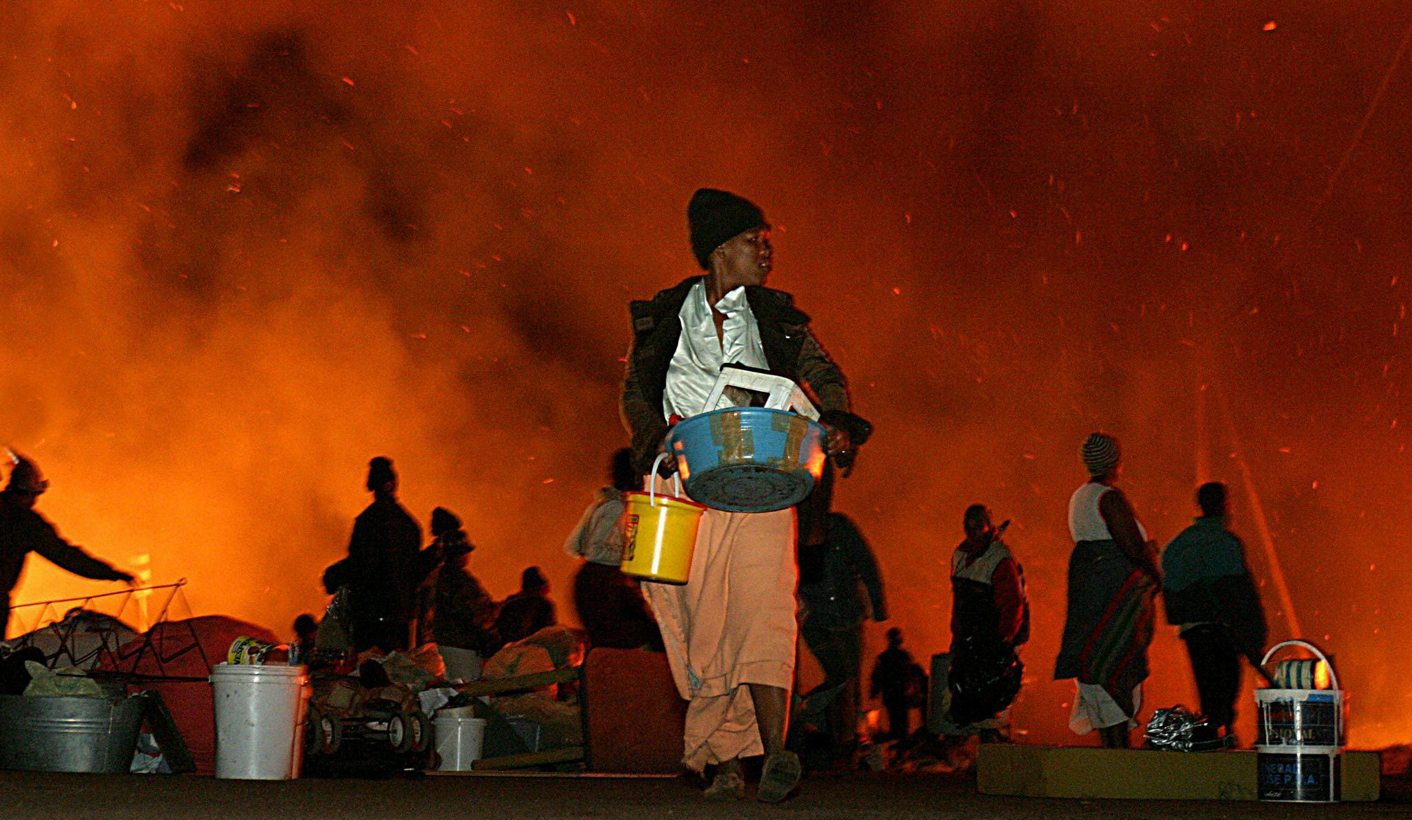 Frank Mapara, an elder in the Slovo Park community, stood outside the High Court in Johannesburg on Tuesday morning to talk to the media. In his hands was a document that chronicles the Slovo Park narrative and two decades of broken promises. Having been on the first committee, established in 1990, he said he could now die a happy man. By NOMZAMO ZONDO and LAUREN ROYSTON of the Socio-Economic Rights Institute of South Africa.

Frank Mapara told the gathered media outside the High Court in Johannesburg on Tuesday morning about his joy at a judgment that had just been delivered which ordered the City of Johannesburg to apply for Upgrading of Informal Settlement Programme funding for his community.

Slovo Park informal settlement is located next to the Nancefield industrial area, close to Eldorado Park and Soweto in the south of Johannesburg. Nearly 4,000 households live there. The settlement was established in the early 1990s by people who moved to the site in search of a place to live close to their jobs.

Behind Mr Mampara on Tuesday, community leaders stood on the court stairs celebrating a turning point in a 20-year struggle to engage the state to upgrade Slovo Park.

While he spoke to the press, Mr Mapara held in his hands a document that chronicles the Slovo Park narrative and two decades of broken promises. Having been on the first committee, established in 1990, he said he could now die a happy man.

What is the significance of this judgment for Slovo Park? What does it mean for the millions of other people living in informal settlements elsewhere in South Africa? Why is it being heralded as groundbreaking?

Predating democracy in South Africa, the community’s efforts to ensure development at Slovo Park span a very long period of time. However, since 1994 efforts to negotiate for upgrading have yielded no results, until now. Referring to what politicians have undertaken to do, people living in Slovo Park speak of broken promises and “promises after promises”.

The occupied land is publicly owned. So is much of the surrounding land. The settlement has approximately four communal standpipes per street and 1,050 ventilated improved pit latrines, one per stand. There is no electricity. Residents use candles for lighting and paraffin stoves for cooking. Shack fires are a frequent occurrence at Slovo Park.

The Slovo Park Community Development Forum has led the struggle for upgrading in the settlement all these years. A period of political engagement gave way to more technical strategies between 2007 and 2010 around planning and environmental investigations at the settlement. Broken political promises sparked protests in 2007 and 2009. In the absence of development, frustrations continued to mount and the forum looked for assistance from public interest lawyers, including the Legal Resources Centre (LRC) and the Socio-Economic Rights Institute (SERI).

Refusing to be defeated by the government’s inactivity, the Slovo Park community established partnerships with various organisations which resulted in a community hall being built, household water connections installed, and plans and proposals developed for upgrading the settlement. The community worked with the University of Pretoria, the informal settlement network, academics and engineers. They continued to get involved in the democratic process, engaging with the ANC ward councillor to pressurise elected politicians and government officials to implement an upgrading project.

When the High Court application was launched in 2014 it was yet another strategy to ensure development. When they briefed SERI, the forum was clear that litigation was an action of last resort and that they had exhausted all other avenues in the preceding decades.

Initially, the City refused to respond to the residents’ application for upgrading but threw all its energies into attacking the legitimacy of the community’s legal representatives. It was only in a response filed a year later that the City unveiled plans to evict the Slovo Park community and move it 11km further away from Slovo Park to a still-to-be constructed housing development at a place called “Unaville”. At the time, the feasibility of the development of Unaville was still to be determined. The City boldly asserted that it was the executive branch of governance and would not be dictated to by the residents of Slovo Park. It had made a decision to relocate the residents and no one could tell it otherwise, not the court and definitely not the residents of Slovo Park. The residents were told to be grateful that the government had looked their way and had formulated a plan to house them.

Tuesday’s judgment is a milestone event in this decades-long struggle but, as we point out below, it is by no means the end of the road.

Acting Justice Sanja Strauss found that the UISP is binding on the City of Johannesburg, and that the City’s decision “to completely ignore” the policy in favour of its own plan to evict and relocate the Slovo Park residents was in breach of section 26 (2) of the Constitution, the Housing Act 107 of 1997, “unreasonable” and “not inclusive”. The Judge also found that the decision was taken without any consultation, and “flies in the face of established constitutional jurisprudence regard the need [for] meaningful engagement in instances where the right to adequate housing is concerned.”

The Judge then effectively set aside the City’s plan to relocate the residents, and directed the City to make the appropriate application to the provincial Minister for Human Settlements for a grant to upgrade the Slovo Park Informal Settlement in situ.

For the people of Slovo Park, the judgment sets in motion a process that should ultimately end in formal housing being constructed. Before that process can begin it is up to the provincial government to respond to the City’s application and make the housing subsidy available. Significantly, the judgment creates the space for residents to engage with the municipality about their future, instead of an eviction to Unaville being their only development prospect.

In that process the nuts and bolts of upgrading should be planned and implemented: a layout plan including neighbourhood blocks, site boundaries and roads; services including proper sanitation, water and electricity; social services and, eventually, housing units. It may take a few years but with a participative process residents should know where they are going and when they will get there. Should the City decide to appeal Tuesday’s judgment then the residents have a longer road ahead.

Aside from the direct material gain that the judgment provides to the residents of Slovo Park, it is likely to impact on a significantly larger number of people living in Johannesburg and in South Africa.

The judgment establishes that the UISP, a crucial, pro-poor national housing policy, is binding on all municipalities:

The UISP does the rest of the work. It is a fully funded programme that comprehensively sets out the steps to be taken by government in upgrading informal settlements. It puts the affected communities at the centre of the discussions about how and when their communities will be developed.

The policy has already foreseen and catered to the challenges raised by the upgrading of informal settlements – they are sometimes privately owned, established on unsuitable land and are overcrowded. In the current context, where “mega-projects” (large-scale new developments, often on the periphery where cheaper land is available) are being touted as a solution to the country’s housing crisis, the judgment reasserts the importance of in situ informal settlement upgrading and the centrality of people’s involvement in their own futures. DM

Nomzamo Zondo is Director of Litigation and Lauren Royston is Director of Research and Advocacy at the Socio-Economic Rights Institute of South Africa.