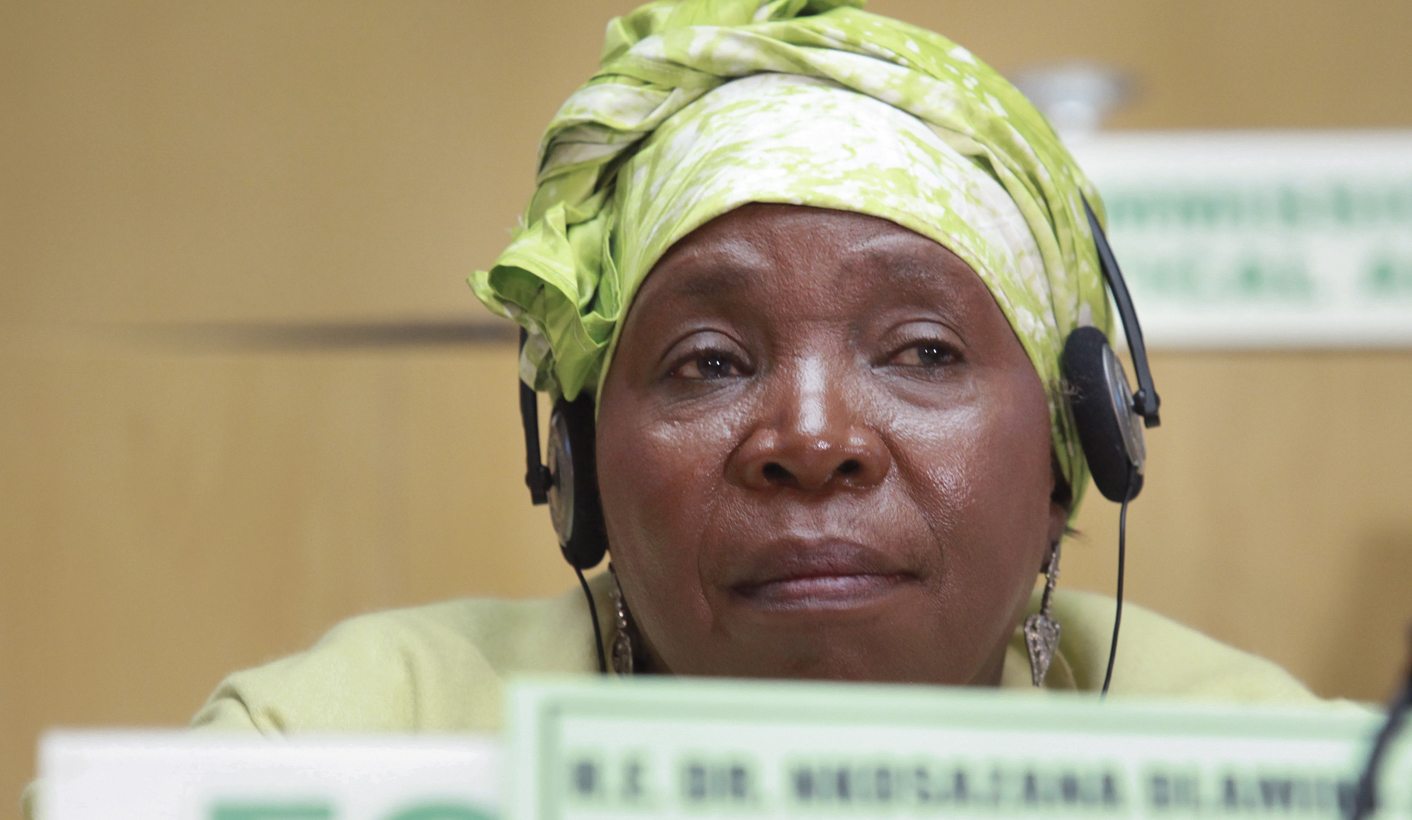 The Panama Papers shed crucial light on how illicit financial flows work. It’s essential for Africa’s development, but any hope of change is still distant. By GREG NICOLSON.

When African Union (AU) Commission Chairwoman Nkosozana Dlamini-Zuma was asked about the Panama Papers, which detail how the wealthy exploit offshore tax regimes, she was unequivocal: big corporates that are guilty of corruption and tax evasion must be targeted and return their ill-gotten gains to Africa.

It sounded great. “Why aren’t you talking to the people who are holding the illicit flows to repatriate them back to our continent?” she asked at the Conference of Ministers, a joint AU and United Nations Economic Commission for Africa (Uneca) meeting held in Addis Ababa on Tuesday. “Everyone talks about corruption but when we say let those corrupt resources that were brought to your continent illegally be sent back to our continent we don’t see any movement there and I think that’s where now the debate must be taken.”

And that’s where the conversation must go. Action, however, will be harder to achieve.

According to Global Financial Integrity, Sub-Saharan Africa suffers the highest loss of illicit capital compared to GDP, losing an average of US$81.7-billion a year between 2004 and 2014 to illicit financial flows. The Panama Papers, which feature 11.5-million documents, or 2.6 terabytes of leaked information from Mossack Fonseca, a law firm that assists in creating accounts in offshore jurisdictions, could be key in our understanding of illicit financial flows, and future development.

“Illicit financial flows are the most damaging economic problem facing the developing world,” said Global Financial Integrity Managing Director Tom Cardamone this week. As Daily Maverick’s Simon Allison pointed out after the documents were released, “The value of the Panama Papers is that they illustrate exactly how this system works: with numbers, names and time lines.”

To put it simply, African states need cash for development, but their tax revenues are lower, by the billions, than they should be because of illicit financial flows. The largest component of illicit financial flows is trade misinvoicing, says Global Financial Integrity, a key institution on the issue. Companies use offshore accounts to manipulate the price, quantity or quality of goods to funnel through funds and pay lower taxes when they avoid paying taxes where they operate.

Africa has already been pushing for reforms, but the Panama Papers could offer the next step. Former President Thabo Mbeki led an AU panel on the issue, which was often cited during this week’s AU-Uneca conference, offering the continent’s leaders a revenue target to boost funds for their often sputtering development.

“The best part of increasing revenue is to block these illicit outflows because what is outflowing Africa illicitly is equal to or more than our official earnings,” said AU Commissioner for Economic Affairs Dr Anthony Maruping at this week’s conference. “So if we can block these leakages, there will be a lot of resources at our disposal for development.”

“Banks and law firms routinely conspire to hide their clients’ money and fail to follow through on required customer due diligence checks. The governments of the US and other major financial centres particularly need to make corporate ownership information public through corporate registries. The Panama Papers investigation must be the nail in the coffin of anonymous companies,” explained Global Financial Integrity lawyer Liz Confalone.

Like many others, he cited the Addis Ababa Agreement on financing for development, which calls for measures to combat illicit financial flows. Uneca this week called for “strengthening international co-operation on tax matters to stem the tide of illicit financial outflows”.

But international tax dodging requires international solutions as many illicit financial flows exploit legal rather than illegal tax loopholes. The Organisation for Economic Co-operation and Development (OECD)  is pushing its Base Erosion and Profit Shifting (BEPS) reforms aimed at preventing multinational companies registered in tax havens from tax avoidance. US President Barack Obama has called it a massive global issue and South African Finance Minister Pravin Gordhan has called on those with off shore assets to make full disclosures.

But as the Addis Ababa agreement on financing development showed, the powers that be offer questionable solutions. The OECD represents the world’s wealthiest countries and despite efforts from African states, support for the status quo from the United Kingdom and United States mean it will continue to regulate international tax regimes rather than pass the responsibility to an international, democratic, body.

And developing countries are partly to blame. This week Democratic Republic of Congo Minister of Planning Georges Wembi Lwambo denied his country is a haven for IFFs even though Uneca has said, “The Democratic Republic of Congo is an especially relevant case in the fight against illicit financial flows because its mining sector is regarded as the economic foundation for the country’s post-conflict reconstruction.”

It is hoped the Panama Papers can blow the lid on such denials and efforts by wealthy countries to maintain their ill-gotten gains. But Dlamini-Zuma’s hopes to repatriate those funds are still a long way away. DM