Cabals and Cliques: The roots of the politics of influence 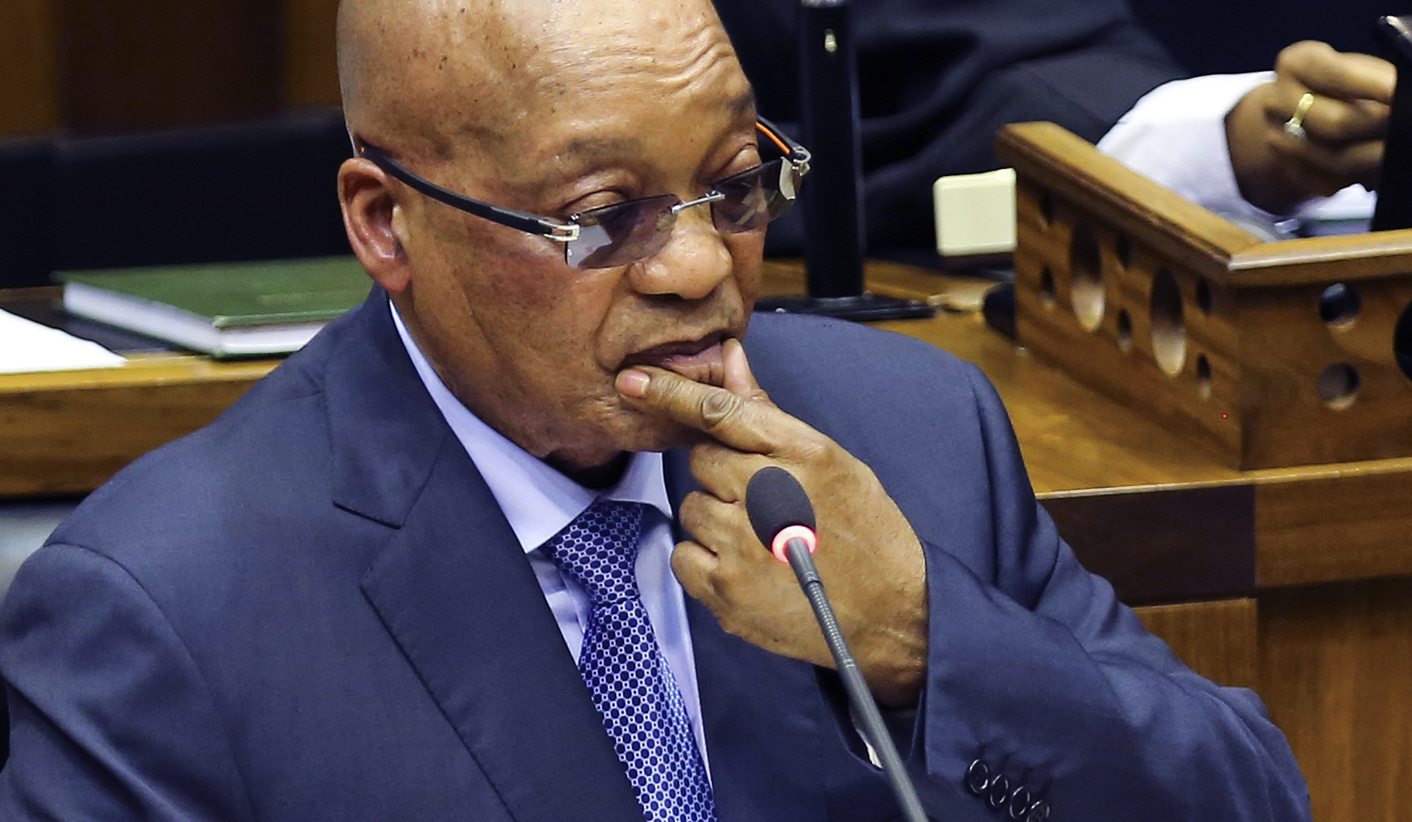 The raging controversy around the purported influence of the Gupta family on the highest echelons of South African politics has echoes of the days of the Mass Democratic Movement in KwaZulu-Natal in the 1980s when an “Indian cabal” was perceived by political detractors to have “captured” the liberation struggle. By CYRIL MADLALA.

Much like President Jacob Zuma today, certain prominent African leaders of the United Democratic Front (UDF) in the 1980s were said to be under the spell of a “cabal” and merely served as public faces, if not outright puppets, while key decisions were being taken behind the scenes by a small group without a popular mandate.

The “cabal” had, almost by default, assumed leadership roles because they happened to have access to basic resources: printing facilities, typewriters, suitable venues for meetings, vehicles, offices, some cash to spare for the Struggle, and so forth.

More important, they linked up with the exiled leadership of the banned African National Congress (ANC).

This was perhaps to be expected because these were professionals – medical doctors, academics, teachers and lawyers among them.

They were regarded as the brains behind uprisings in the African townships, the school boycotts, labour unrest and the general state of lawlessness and ungovernability that ultimately rendered the apartheid system unworkable.

Some prominent ANC leaders, among them powerful former Robben Island prisoner and hardliner Harry Gwala, denounced the grouping and vehemently spoke out against it. The Natal midlands leader had little time for subtle reprimands and did not hesitate to name African leaders he believed had been compromised by their association with the powerful clique.

The cabal’s perceived powers of manipulation and control had so polarised the Mass Democratic Movement (MDM) that the ANC established a commission to investigate.

The commission’s report in March 1991 noted: “The problems of disunity within the ranks of the MDM due to the manipulating role of certain Indians and whites regarded as leaders in the struggle has reached a level of such seriousness that it is clear that we need to address it immediately and decisively.”

The report went on to identify members or supporters of the cabal, as well as African leaders who were said to be under its influence.

Pravin Gordhan was among key members of the cabal, with other leaders of the Natal Indian Congress, Zac Yacoob, Alf Carrim, Yunus Mohammed, Farouk Meer, Jerry Coovadia and Billy Nair.

This is a phenomenon of an anti-apartheid era of the past, when it could be argued that it was necessary for a structure such as the cabal to operate in that fashion, given the extremely dangerous conditions that prevailed and the need to have absolute faith in the comrades one worked with.

There was also no suggestion that the primary motive for the cabal’s involvement in the Struggle was financial benefit, although there were occasional grumblings about the disbursement of funds raised overseas for the victims of apartheid. After all, those were the days of “Struggle accounting”, as the Rev Allan Boesak famously sought to explain in order to extricate himself from his legal woes.

When freedom came, KwaZulu-Natal did not close the chapter of influential people who have the ear of the new political elite, because they support the ANC generously.

They are not the cabal of old, but Indian businessmen who use their wealth to come uncomfortably close to the African leadership at the helm of our politics.

A popular saying in the context of private discussions about how Zuma has been “captured” by these business interests is: Wonke umuntu uneNdiya lakhe – “Everybody has their own Indian”.

This is what ANC Women’s League president Bathabile Dlamini would have been alluding to when she said last week, “All of us in the NEC have our small skeletons and we don’t want to take all skeletons out because Hell will break loose.”

The evolution of businessman Schabir Shaik’s relationship with President Zuma is well known. He was not the only one in that space and many others have, since his fall from grace, emerged to get very close to the President and other leaders of the ANC.

Durban security tycoon and ANC supporter Roy Moodley flaunts his close relationship with the President. When he celebrated his 60th birthday at the Durban International Convention Centre last year, Zuma was the guest speaker. Provincial and national leaders of the ANC joined him.

Reddy is always ready to “assist” King Zwelithini, including by financing part of the king’s latest wedding to Queen Zola Mafu.

Not always far from the side of the king is businessman and philanthropist Ishwar Ramlutchman who is another ANC benefactor who does business with the provincial government.

These are just a few examples of Indian businessmen who are very close to Zuma and other political leaders in the province, but they are probably not as brash as the Guptas are.

But that has not stemmed the tide of complaints by emerging African businesses that the provincial government prefers to do business with Indian companies, thus stifling the growth of township enterprises.

Unfortunately some have exploited these grievances to direct anger at Indians as a people, prompting the provincial government to obtain a court order against Phumlani Mfeka, a former member of Mazibuye African Forum, who had taken to social media to incite racial hatred.

But as the South African Communist Party’s provincial secretary Themba Mthembu told the media this week, the influence of the Gupta family is nothing new in South Africa.

He said established capitalists were in control of the economy, and emerging businesses could only get a slice of the pie by using the influence of political figures to gain favour for government contracts.

“There is nothing new about the so-called ‘state capture’ by the Guptas – South African capitalists have long ago ‘captured’ the state,” said Mthembu.

Indeed, the “capture” of our leaders in itself is nothing new in KwaZulu-Natal.

The issue is whether we wouldn’t rather be under the spell of the erstwhile cabal in the form of Pravin Gordhan as Finance Minister, or under spell of the Guptas with its attendant consequences for our economy. DM