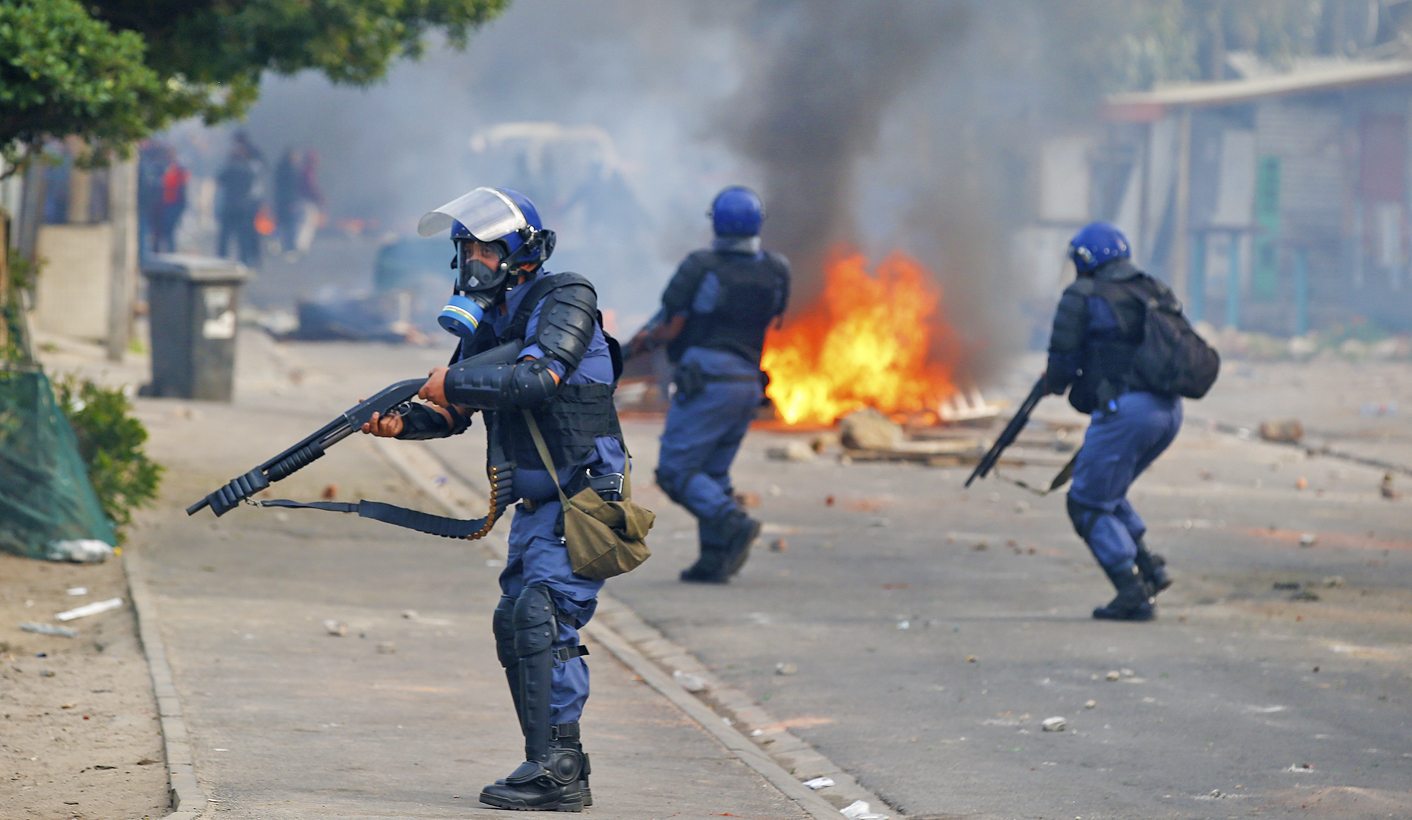 Institutionalised giving in South Africa is more substantial than anyone envisaged. It will be interesting to see how philanthropy responds to the current lack of business confidence and the talk of state capture and whether we will see a resistance to the establishment of new foundations in these troubled times, writes SHELAGH GASTROW.

I once attended a meeting of representatives from the local South African philanthropic sector addressed by a monitoring and evaluation consultant. From her comments and despite her many years’ experience in the local non-profit sector, it was evident that she thought those present were small fry in comparison to the corporate sector, international foundations and aid agencies.

This impression relating to local philanthropic institutions is partly because they do not seek significant public acknowledgement, and in fact many operate under the radar. They generally do not share their opinions, nor drive public agendas, yet they provide key support to civil society organisations in a wide swathe of focus areas, ranging from policy development, social justice, environment, job creation and entrepreneurship, welfare and education to the arts/heritage and health. Each grant reflects the values of the givers, many living but sometimes posthumous. This means that the funds are granted in line with the specific interests of the individuals who have established the foundation.

Every so often I hear deep suspicion and conspiratorial views relating to the creation of philanthropic foundations, with reference to secret agendas and private clubs of people who plot and plan to change society. The irony is that it is extremely rare for such foundations to engage with each other and, as they are frequently so private, one philanthropist often has no idea what the other is doing.

The need for privacy is important to note as this is about the giving away of personal money (post-tax money). Individuals prefer that their rights to privacy are guarded and that should they wish to make donations, that this is their private business. The counterargument to this is that once the trust/nonprofit company has been established, the funds are no longer those of the original donor, but decisions are made by a governing board that decides where the money should be donated. Recently there have been calls for greater public accountability. However, the founding documents are generally very clear as to the purpose of the foundation and it is incumbent on the board to align the giving with the wishes of the original donor.

In 2015 GastrowBloch Philanthropies undertook a detailed research project into South African private philanthropic entities, their financial, operational and grant-making practice. Detailed interviews were done with 21 foundations and the report produced some interesting and unexpected results. First, the collective 2015 annual grant-making spend of the participating foundations was R763.8-million – a substantial amount that was injected into our nonprofit sector, including institutions such as universities. Currently we have no idea of the size and scope of philanthropic foundations in South Africa, but there are hundreds being managed by the banks and other financial services companies, and many others that continue to function behind the scenes.

The 21 interviewed were in many ways the tip of the iceberg and show that institutionalised giving in South Africa is more substantial than anyone envisaged. At the same time, only two thirds of those interviewed had a permanently invested capital base which would provide for long-term sustainability in their giving. In that case, the living donors made a financial contribution each year from their personal resources. Whether this was a philosophical view on “giving while living” or whether in terms of the 18A tax regime it made more financial sense not to set up a permanent endowment was unclear.

The lack of a capital base was of concern as the long-term survival of such foundations would depend on the interest of the next generation of family in continuing the founder’s philanthropic tradition. However, those entities with endowed funds generally paid out between 4-5% of the principal sum each year and this meant that they could go on giving in perpetuity. The total sum of the endowments of the 14 foundations that had a permanent capital base was R12.5-billion.

What was clear from the research was that the founding rationale behind most of the foundations was the desire to leave a legacy, for individuals to be remembered beyond the size of their bank accounts, but rather in relation to the impact that their lives had made on their society. Each founder had a specific passion and some trust deeds were precise, while others were broad.

Very specific interests emerged, including concern about inequality and unemployment; religious drivers including the importance of assisting the stranger; love of environment and support for wildlife; explicit support for technology for social impact organisations; passion for education and helping South Africans to reach their full potential, and enabling others to have choice and opportunities in order to change lives and make South Africa a successful country.

There are also many in the nonprofit sector who have indicated that they cannot raise funds for operational or core costs. While this might be true when raising funds from corporate South Africa, the research showed that 100% of those interviewed funded operational costs of the organisations they supported and 66% actually provided for general purposes/undesignated funding for their causes.

A high appetite for risk showed that 80% funded innovation, and 90% were prepared to create leverage to attract other funds to a particular organisation, programme or cause. Even more interesting was that 77% were prepared to provide seed funding to start-up organisations. This flies against the common narrative, but it might be something unique in the whole funding pool which includes the corporate sector, international aid and government funding.

Without philanthropic giving our civil society could not function. A reliance on government funding turns organisations into mere service providers to the state and reduces their independence, especially when it comes to advocacy and calls for new policy development.

However, from the research it is clear that individuals will only invest in the establishment of philanthropic foundations if they are confident in their own society. Two of the 21 foundations were established before 1945, but between 1970 and 1989 there was no growth in the philanthropic sector. The conclusion can be drawn that during a time of political instability and lack of confidence, people with excess money send it abroad or emigrate.

However, after 1990 the research showed a rise in the number of new foundations in response to the new democracy and increased confidence. It would be interesting to explore how philanthropy responds to the current lack of business confidence and the talk of state capture and whether we will see a resistance to the establishment of new foundations in these troubled times or whether individuals will be prepared to take the risk of continued engagement with civil society and institutions such as universities in order to secure the country’s future. DM