Motlanthe’s throwdown: ANC could end up a “dead organisation” 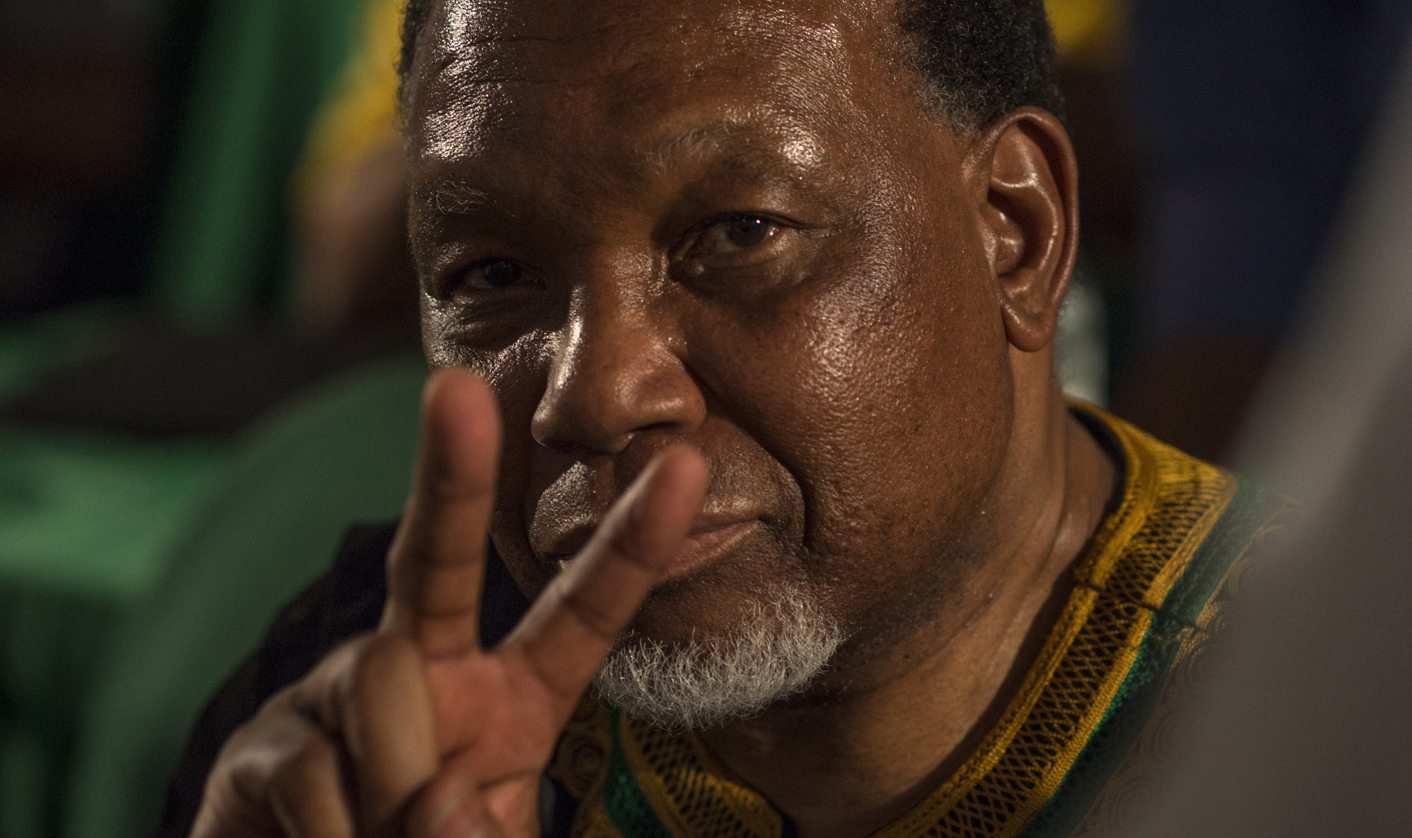 South Africa is so desperate for strong political leadership that some people are looking to the former presidents for guidance and perhaps even a return to active politics. Thabo Mbeki and Kgalema Motlanthe both left the political stage before their time was up. Both of them understand the workings of the ANC intimately and also know how complex it is to lead the government machinery. And both Mbeki and Motlanthe know their successor very well and were defeated by him. While Mbeki is busy revising his legacy, Motlanthe delivered some hard truths this week about the state of the ANC. By RANJENI MUNUSAMY.

Former president Thabo Mbeki has been engaged outside the country for several years and had little to do or say about domestic events. It is understandable why he would not have wanted to involve himself in local political developments after his presidency was cut short by his party.

Following the outbreak of racist incidents and the economic crisis the country was plunged into by President Jacob Zuma’s decision to fire former finance minister Nhlanhla Nene, some people felt South Africa needed intervention or perhaps wise counsel from the former president. Mbeki has been a prolific writer on issues of race in particular, and this is a matter the country has required deep thought and direction on. South Africa’s current leaders, across party lines, have not been able to provide this.

Then in January, Mbeki began a series of public letters that opened the door to his re-engagement on domestic issues and perhaps counsel from the elder statesman. The letters, however, have not had much to do with South Africa’s current problems but have rather delved into controversies during Mbeki’s presidency that ultimately contributed to his unpopularity in the ANC. While they have provided fascinating insight into Mbeki’s mindset, it appears the letters are not intended to assist the country in navigating through this difficult period. Mbeki’s last letter, in particular, reiterating his controversial stance on HIV and Aids, confirms that there are definite drawbacks to returns from political grave.

But Mbeki is not disengaged completely from current affairs. Speaking at Unisa this week, Mbeki said the African Union (AU) should be watching elections from early in the process to prevent embarrassments such as what occurred in Tlokwe in the North West.

“That monitoring team must be there when voters are being registered. They must watch the matter of demarcation of constituencies. They should watch this entire process,” Mbeki was quoted as saying by EWN.

Problems with the voters’ roll in Tlokwe led to the Independent Electoral Commission having to postpone by-elections in several parts of the country last month. Mbeki has now called for closer monitoring of elections by the AU. “So that the AU can then intervene in each country and say that the voters’ roll is wrong. That’s what the charter provides for, the AU can contribute here and say no more Tlokwe embarrassments.”

It is not clear whether Mbeki is raising the issue because he believes there is a possibility of elections being compromised. Mbeki’s statements are generally difficult to decode, and it is not easy to get clarity on what he says.

Someone who is quite implicit in what he means is Kgalema Motlanthe. In November, Motlanthe’s comments about the state of the alliance provoked a furious response from Zuma. Motlanthe said in an interview with Business Day that the alliance was dead and existed in name only.

Zuma did not take kindly to this: “Recently I read an article where one comrade said the alliance is dead. People are exposing themselves… they are politically bankrupt. They left on their own because they thought it was nice out there. It is cold out there.”

Zuma went on to say: “Some of them were general secretaries but today they are criticising the ANC. They kept quite while they were still in the ANC, they only got wisdom after they had left. If they say the ANC is weak, they must have weakened it.”

Motlanthe has now brought his concerns to the ANC – at branch level. Speaking at a Johannesburg ANC branch meeting on Wednesday, Motlanthe spoke on a range of issues, including the state of leadership and the economy.

One issue Motlanthe was particularly candid about was the overlap of ANC national executive committee (NEC) members in the Cabinet. He said it was difficult for the ANC to hold the Cabinet accountable as it was mostly NEC members who served in it. He also pointed out that in the Mandela administration there were 34 members in the executive and 38 during Mbeki’s time. The number has now rocketed to 75.

If Zuma was annoyed about Motlanthe’s comments about the alliance, he is bound to be irked about criticism of his Cabinet appointments, considering this is presidential prerogative. But Motlanthe appears to be beyond caring what the man he deputised for thinks now, and emphasised the need for accountability.

He said if there was no debate in the ANC, it could lead to “stagnation”. “Once the ANC finds itself in the wrong, the most courageous thing the ANC could do is to own up to this,” Motlanthe said. His comments come at a time when the ANC is disorientated after being embarrassed on the Nkandla and Nene matters.

In the address, recorded by PowerFM, Motlanthe said he believed that ANC could still “correct itself” and had not reached the point of no return. But, he said, it was “dangerous when fear reigns” as you could “end up with a dead organisation”.

On the issue of leadership, Motlanthe had this to say: “Never ask of others what you are not prepared to do yourself.” Using the analogy of people queuing for food after a funeral and dignitaries getting preferential treatment, Motlanthe asked: “How can those that have eaten lead the hungry?” He was possibly referring to Zuma’s anti-corruption and cost-cutting appeals that have been undermined by his own conduct.

Motlanthe also spoke on the dire state of the economy, drawing gasps from those at the meeting when he said government debt meant that the state was borrowing R11 billion every day. “Public debt means me and you are in debt, not government.”

He said everything possible should be done to prevent South Africa receiving a credit downgrade to junk status. He warned that the country could still fall to levels beyond junk status and that it would “take quite an effort” to undo the damage.

“We don’t seem to be planning the things we do. We function on a hit and miss basis, which is shambolic,” Motlanthe said.

But is the man who could have been president had he not been such a stickler for the rules planning a comeback? Judging by what he said on Wednesday, definitely not.

“As you get older, you become more conservative. [We] must give young people space… We can’t live in the past,” Motlanthe said, advising that there should not be “recycling” of leaders.

“When you’re a leader, you light fires and give people hope. But if you leave, don’t go back because you are now ash… You will choke the fire.” Motlanthe said the ANC could not afford to be static and should move with the times of modern democracies that have younger leaders.

But how will these younger leaders emerge and will they have the political skills to lead? Motlanthe’s ambition has always been to have a political school functioning in the ANC to nurture new generations of leaders in the traditions and values of the older generations. Instead the ANC has been producing crude hotheads and pseudo-revolutionaries who can by no means be compared to the legion of heroes the organisation produced throughout its history.

It is obvious that the ANC still has a lot of talent, institutional memory and a vast knowledge base within but is not using it effectively. While its strength during the exile years has been its collective leadership, the ANC now shapes itself around the person who leads it. During both the Mbeki and Zuma presidencies, the organisation surrendered its own character to that of the leader – to its own detriment.

Clearly the ANC’s salvation cannot come from its past or present leaders. Next December, the organisation will have to elect a new band of top six leaders and a new NEC. It is an opportunity for revival and redemption. And if the ANC misfires on the choice of leaders again, it could lead to the final unravelling. DM