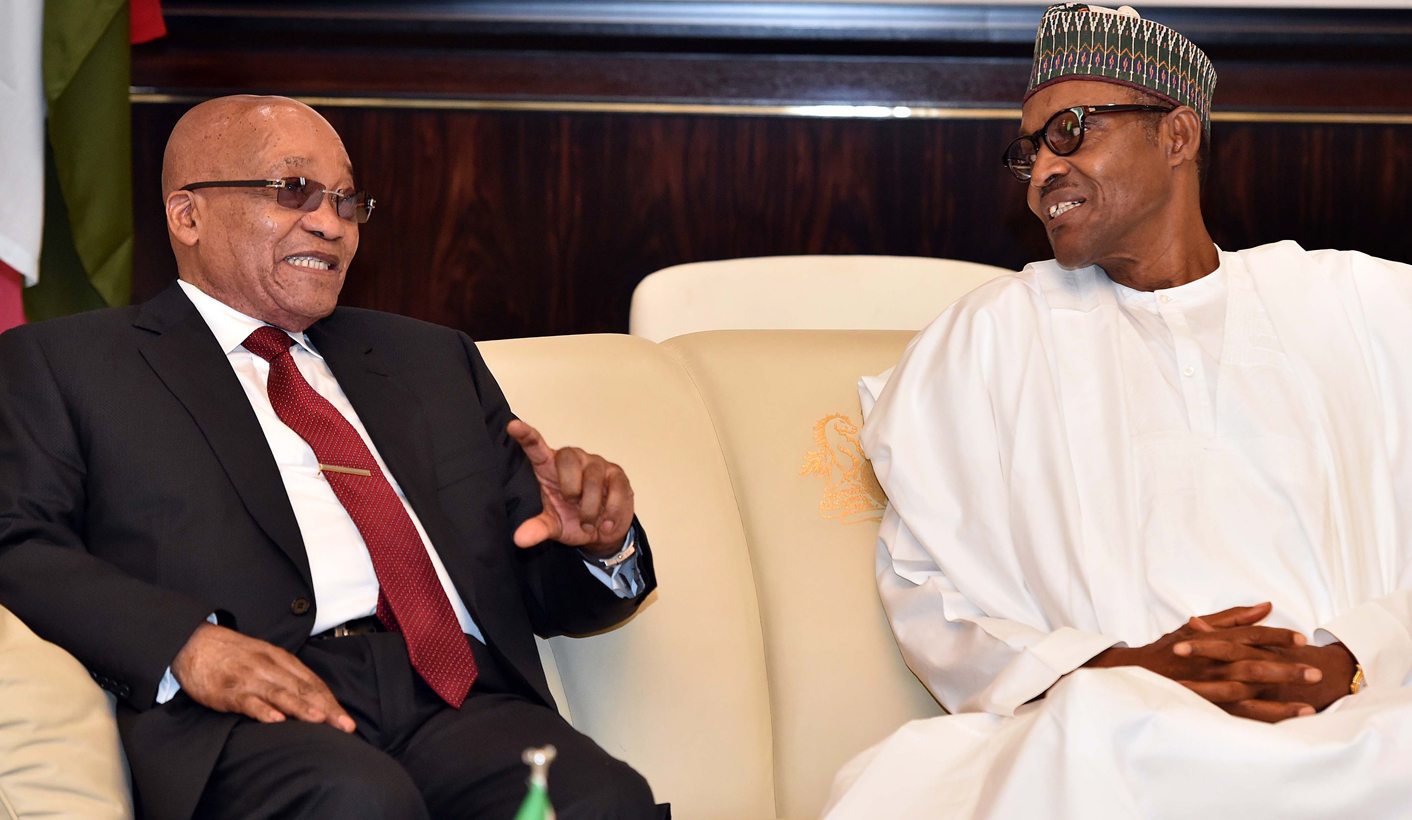 On Tuesday Nigerian media reported that South Africa was sending Special Forces to help fight Boko Haram, with the deal likely to be finalised during President Zuma’s visit to Abuja. But the headlines were misleading: while South Africa may yet offer limited assistance, the country is certainly not going to war in west Africa. By SIMON ALLISON.

According to the headlines in Nigerian newspapers on Tuesday, South Africa has declared war on Boko Haram, and will be helping the Nigerian government in its efforts to combat the Islamist militant group.

The stories all offered the same evidence for their conclusions — a press briefing delivered by Nigerian defence minister Dan Ali after a meeting with his South African counterpart Nosiviwe Mapisa-Nquakula. A senior South African delegation, headed by President Jacob Zuma, is in Abuja for a state visit designed to repair fractious relations between the two countries.

At the briefing, Ali said the two ministers had spoken about a longstanding proposal for South African Special Forces to assist the Nigerian military.

“That one will come into being between the two countries as soon as possible,” he said.

There are several things to note here. First, Ali’s statement is hardly an announcement that the deal is done. There’s a reason that this proposal is longstanding: while it makes a nice soundbite for officials from both countries, it is fraught with political, diplomatic, legal and financial difficulties that would make it very difficult to implement.

Second, no confirmation was forthcoming from the South African side. When the Daily Maverick contacted defence ministry spokesman Siphiwe Dlamini, we had to send him the articles from the Nigerian press because he knew nothing about the alleged deal. After looking it up, he said: “There is no such decision to send any military elements by the RSA to assist with the fight against Boko Haram.”

Third, even if some kind of deal is on the cards, there is a very low chance South African Special Forces will be involved directly in fighting against Boko Haram. Previous discussions on this subject have envisaged South African support for training and technical assistance, not fighting.

In other words, no matter what the Nigerian media might be saying, South Africa is not joining a war. Even a deployment of South African Special Forces as trainers seems unlikely, given the personnel and resource constraints under which the South African National Defence Force (SANDF) is operating.

The SANDF budget was slashed recently by Pravin Gordhan, while there are only an estimated 100 Special Forces commandos in active service.

“It’s not the best idea,” said John Stupart, editor of African Defence Review. “We don’t have the budget, we don’t have the capacity, and frankly we don’t have the experience in training forces to fight 21st century terrorism. The American, British or even French have operational experience in this. It’s more just a case of too much talking at the diplomatic level and too little understanding or acceptance of the scarce resources in the SANDF that we actually have.”

Jasmine Opperman, Africa director for the Terrorism Research and Analysis Consortium, said South Africa should be careful about any military engagement against Boko Haram, warning that it may backfire, especially given that Boko Haram has explicitly threatened an attack on South African soil before.

“It changes the risk metric for South Africa and increases the vulnerability for attacks not only on South African soil but against South African interests in other parts of Africa,” said Opperman.

In particular, she said, it would increase the effectiveness of Boko Haram and Islamic State propaganda in South Africa, potentially encouraging new recruits or lone wolf attacks (in March 2015, Boko Haram leader Abubakar Shekau pledged allegiance to the Islamic State).

Nigeria’s President Muhammad Buhari was elected last year on a promise to wipe out Boko Haram. While the government, along with a regional task force that includes troops from Benin, Cameroon, Chad and Niger, has succeeded in pushing the group out of urban strongholds, it remains a potent fighting force with the capacity to carry out sophisticated terror attacks. Most recently, two female suicide bombers blew themselves up in a camp for internally displaced people in Dikwa, Borno state, killing at least 65 people. DM

Photo: A handout image provided by the South African Government Communication and Information System (GCIS) on 08 March 2016 shows South African President Jacob Zuma (L) speaking with Nigerian President Muhammud Buhari (R) during the official welcome ceremony at the State House in Abuja, Nigeria, at the beginning of his two day state visit on 08 March 2016. South Africa and Nigeria have good bilateral political, economic and social relations underpinned by strong historical ties dating back from the years of the liberation struggle. EPA/ELMOND JIYANE/GCIS/HANDOUT