Parliament: Zuma seeks to move the goalposts on land reform 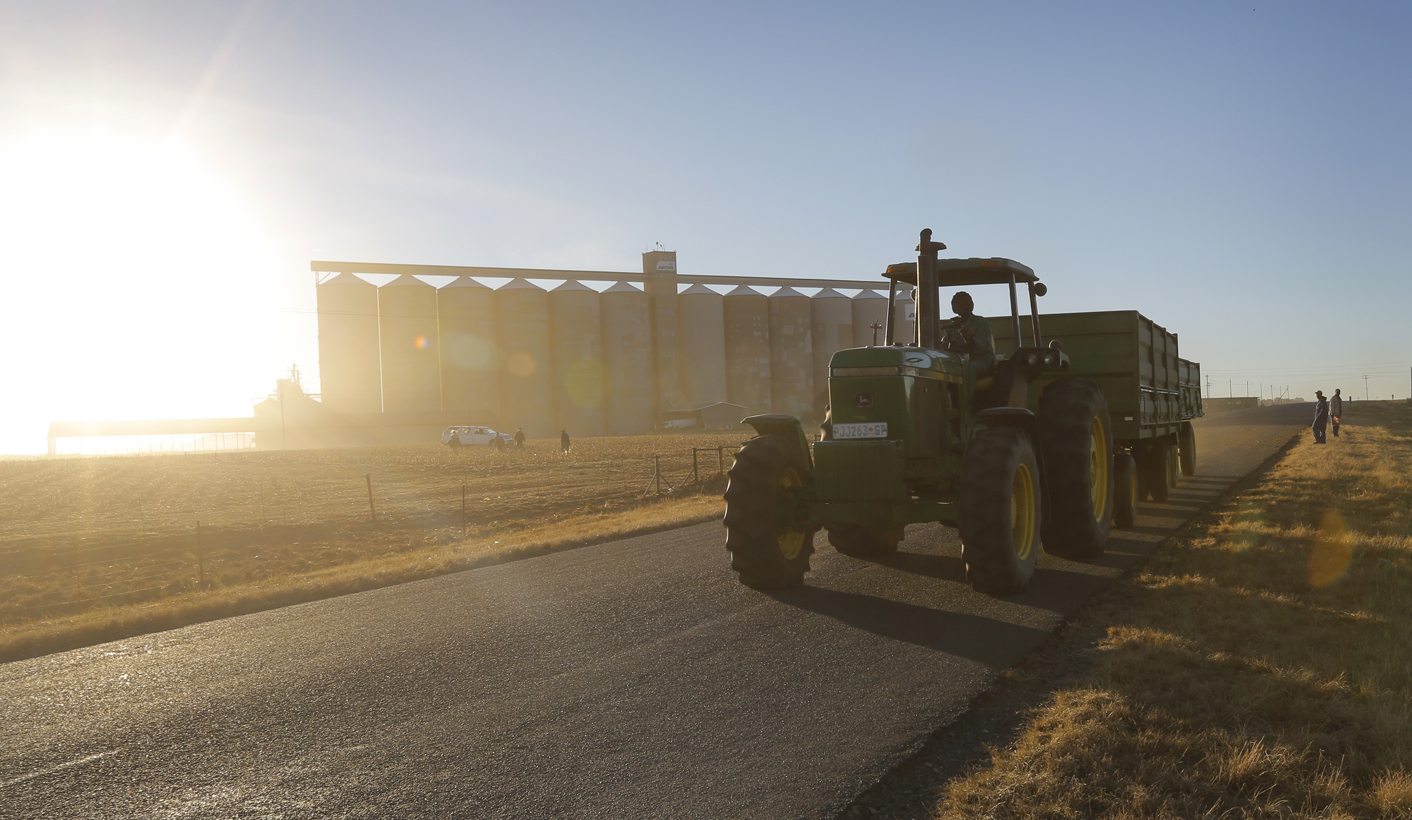 President Jacob Zuma is not happy with the land reform laws of the state he heads, describing them as “lopsided against black people”. When he opened the National House of Traditional Leaders on Thursday, it was on land and restitution that he went off-script, calling for a change to the cut-off date for land claims. By MARIANNE MERTEN.

When the ANC speaks on land and restitution, it usually quotes its founding secretary-general Sol Plaatje: “Awakening on Friday morning, 20 June 1913, the South African Native found himself, not actually a slave, but a pariah in the land of his birth”. The day the Natives Land Act came into force, 19 June 1913, is enshrined in Section 25(7) of the Constitution as the date after which any person or community deprived of property through racially-discriminatory laws and practices can claim restitution.

But on Thursday Zuma delivered a history lecture of his own, saying the 1913 cut-off date was arbitrary. “What are we reclaiming? I believe… percentage-wise the land taken after 1913 is very insignificant… 18-something, that’s when the biggest chunk of the land was taken,” said Zuma, explaining that most of the land was taken in the century before the 1913 Natives Land Act. “…1913 was the legalisation of the land dispossession.”

All that was happening today was a “fiddling about [with] a small percentage”, he told the assembled traditional leaders. “As the son of a black man, being on my own, we need to shift that cut-off date… But you need to find a reasonable way of addressing the issue within the Constitution, within the law. Look at the facts.”

And he told the National House of Traditional Leaders, in an echo of his message in the past two years, to hire a “powerful law firm” and engage the “black intelligentsia” to do research and to find innovations. Having reaffirmed to the assembled traditional leaders that they are part of South Africa’s constitutional democracy as per Chapter 12 of the Constitution, the president said the time for keeping quiet was over. He was speaking out regardless of what people might say: “People can call me names. Fine. As an African I’ve been called names since I was born.”

Correcting wrongs was part of the struggle for freedom, he said. State power included political and security power, which have been achieved, and economic power. “Do we have this [economic power]? We don’t,” Zuma said. “Are you in control of your economy? No!… If you are not in control of the economy, you are not in control of the country.” But then he stopped himself: “I must not go further because I’ve got Nkandla economy. People will now think I’m talking Nkandla economy.”

And with giggles it was back to the official script, which was heavy on the economy and appeals for everyone to “join hands… to promote inclusive economic growth and job creation”. On Friday the inter-ministerial committee on investment promotion is meeting for the first time, among other things, to discuss a business submission on what they regard as regulatory obstacles to do business with ease.

Successive ANC administrations failed to even meet their own land reform targets, including the redistribution of 30% of land by 2014. In the centenary of the 1913 Natives Land Act in 2013 government acknowledged that since 1994 only 6.7-million hectares have been transferred so far to just over 230,000 beneficiaries. The restitution process has been marred by the failure of many land claims settlements, often because of insufficient support by government’s agricultural extension officers.

Many communities, which formed communal property associations (CPAs), have battled to get title deeds to land awarded in restitution settlements. Sometimes these battles have gone to court, and at least once to the highest court of the land. In August 2015 the Constitutional Court upheld the Bakgatla-Ba-Kgafela Communal Property Association’s right to determine how the land it received in a 2006 restitution settlement should be administered and to what use it should be put. The conflict arose when the local traditional leader opposed the CPA and wanted the land to be put into a trust to be governed by the traditional council.

This case, and others in high courts in various provinces, talks directly to the outstanding legislative revisions to the Communal Land Rights Act, provisions of which were struck down by the Constitutional Court in May 2010. Current government proposals on a revised law still give traditional leaders and traditional councils the rights to the land. Organisations representing rural communities and several academic research institutions are calling for a different regimen of rights to communal land.

Meanwhile, the Traditional and Khoisan Leadership Bill has been criticised for effectively entrenching bantustan boundaries and leadership structures that may not reflect communities’ evolved current practices. The draft law simply deems traditional communities as valid, but in seeking to formally bring Khoisan communities into the traditional leadership governance fold, it requires annual proof of their voluntary association. The draft law was tabled in Parliament in October 2015 shortly after a groundbreaking Eastern Cape High Court ruling that a community at Cala could elect its headmen and leaders in accordance with its customs, rather than having the premier determine their leader.

Land, law and traditional leadership are a heady mix. And sometimes elections also come into play.

In 2013 at the ANC’s January 8 celebrations Zuma announced the reopening of land claims and that Khoisan communities would be accommodated. Ahead of the May 2014 elections, a similar message was conveyed. By mid-2014 the Restitution of Land Rights Amendment Act was on the statute books to reopen land claims until 2018 despite concerns over funding such additional claims given the lack of funding for the still-to-be-completed claims dating back to 1998. The Khoisan, whose claims would largely predate 1913, are still excluded.

Land is a sensitive and emotive issue, firmly situated in a complex set of power relations in South African society and the body politic.

On Thursday Zuma’s comments on land reform and restitution were addressed to traditional leaders who represent a particular power bloc in the year of local government elections. There was also talk of government drought relief and the role of traditional leadership in implementing government plans for agricultural parks to boost job creation.

The comments excluded the potentially different plans, wishes and dreams of the approximately 18-million residents in rural South Africa. DM