Analysis: Ugandans decide – or do they? 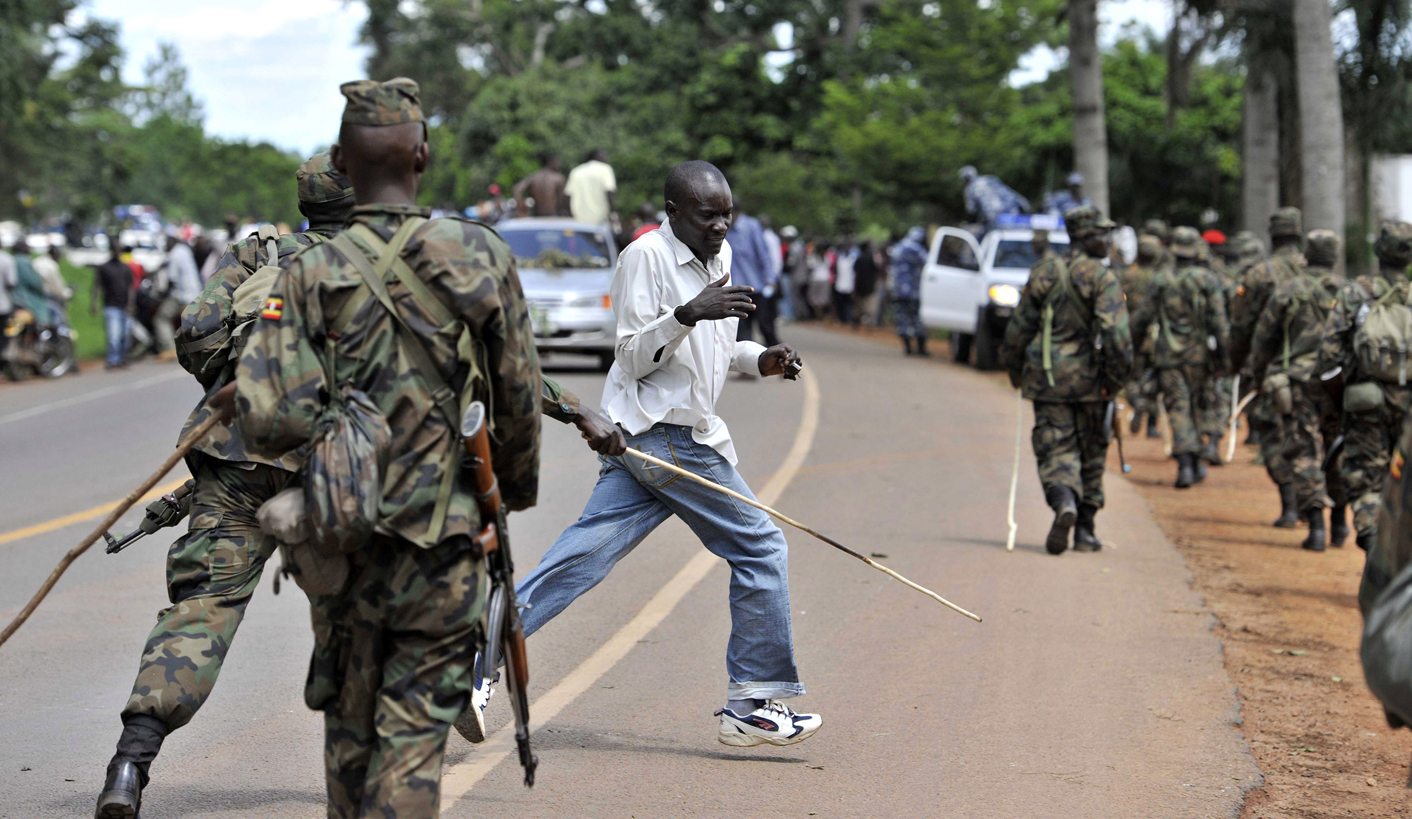 It is election time in Uganda. Although there are several viable candidates for president, the final outcome doesn’t seem to be in doubt: barring a miracle, Yoweri Museveni will have another five years in charge. Is this a sign of the veteran leader’s enduring popularity, or is the system rigged against his competitors? By SIMON ALLISON.

In Kampala, tensions are running high ahead of Thursday’s general elections. The Ugandan capital is the centre of opposition to Yoweri Museveni’s long rule – 29 years and counting – but it knows that the odds are stacked against political change.

Just ask Kizza Besigye, leader of the Forum for Democratic Change (FDC), who has already lost in three separate elections to Museveni. Besigye is popular, drawing large crowds to his rallies, but his campaign is hindered by struggles with funding and intimidation of supporters. It doesn’t help either that Besigye himself is regularly arrested on spurious charges – most recently on Monday, when police accused him of organising an illegal march.

Or ask Maureen Kyalya, the only female presidential candidate in the race, who describes how the president uses “force and intimidation” to enforce support. “He’s trained people he calls ‘crime preventers’, but their job is to beat everybody senseless to scare them that there’s going to be war, so they vote for him,” she told AFP.

These are familiar tactics, employed by the ruling party in previous elections, even when Museveni was taking home more than 70% of the vote. This time, however, is different. With two strong opposition candidates – in Besigye and former Prime Minister Amama Mbabazi – Museveni is facing his toughest ever challenge at the ballot box. It might get ugly.

“Ugandans head to the February 18 elections, billed as the most fiercely contested in the country’s history amid fear and uncertainty about the actions of the state and the apparent resolve by opposition political forces not to accept any conduct they perceive to be illegal,” said the East African, which also reported that Kampala residents were stocking up on essential provisions in anticipation of violence.

Museveni knows that this will be his toughest electoral test. Along with the relatively routine crackdown on opposition, the president has been energetically campaigning across the country, sometimes attending as many as four rallies in a single day. He has spent millions of dollars giving away freebies – everything from cash to food to livestock – in a bid to buy loyalty. It will probably work.

“There are no prizes for predicting who wins Uganda’s presidential election on 18 February. After 30 years in office and four victorious elections in the last 20 of them, President Yoweri Kaguta Museveni knows every trick in the book. Yet he’s still taking no chances. Using state funds, intimidating and outlawing the opposition, and mobilising violent ‘youth’ are all part of the presidential armoury. All this comes on top of his National Resistance Movement (NRM)’s overwhelming control of the electoral process and its unparalleled ability to mobilise the grassroots,” said Africa Confidential.

But Uganda’s divided opposition might not have to win to upset the status quo. At this stage, the goal is merely to drive Museveni’s support under 50%, which would force a run-off election between him and his nearest competitor – a scenario that would force the opposition to unite.

Even this outcome remains a distant possibility, however. “A January poll conducted by the Kampala-based firm Research World International, estimated Mbabazi’s support at only 12 percent, trailing both the president’s (51 percent) and Besigye’s (32 percent). Although these figures suggest that a runoff, mandated if no candidate receives a majority of the votes, is possible, few Ugandans believe this to be likely,” reported Jonathan Rosen for Al Jazeera.

Despite the opposition’s complaints, there’s no question that Museveni remains a popular figure – potentially capable of winning an election even without the heavy-handed tactics. Uganda has changed dramatically during his three decades in charge, mostly for the better, and Museveni gets much of the credit for this. Conflict within the country has declined dramatically; economic growth is consistently above continental averages; and at least three million people have been lifted out of poverty. These are not insignificant achievements.

Nonetheless, his critics argue that he could – and should – have done more, and done it faster, with the resources at his disposal; and worry that his insistence on staying in power could reverse these gains. The bigger question, however, is whether any of the presidential candidates have what it takes to meet the country’s significant challenges?

“Oil resources and closer regional integration of the East African Community provide Uganda with opportunities that, if shrewdly exploited, could spur structural transformation of the economy, fund more productive development expenditure, and provide more jobs.  The winner of February’s presidential election [whether Museveni, Besigye or Mbabazi] will be male, over 55, from the west of the country, and a past or present NRM grandee. That much will be no different, but young Ugandans, in particular, urgently need something more than steady progress,” concluded the Africa Research Institute. DM

Photo: Uganda military officers beat supporters of opposition Forum for Democratic Change to disperse them during a procession to welcome their leader Kizza Besigye in the capital Kampala May 12, 2011. REUTERS/James Akena.