The profit motive: What can Singapore teach Pretoria about development 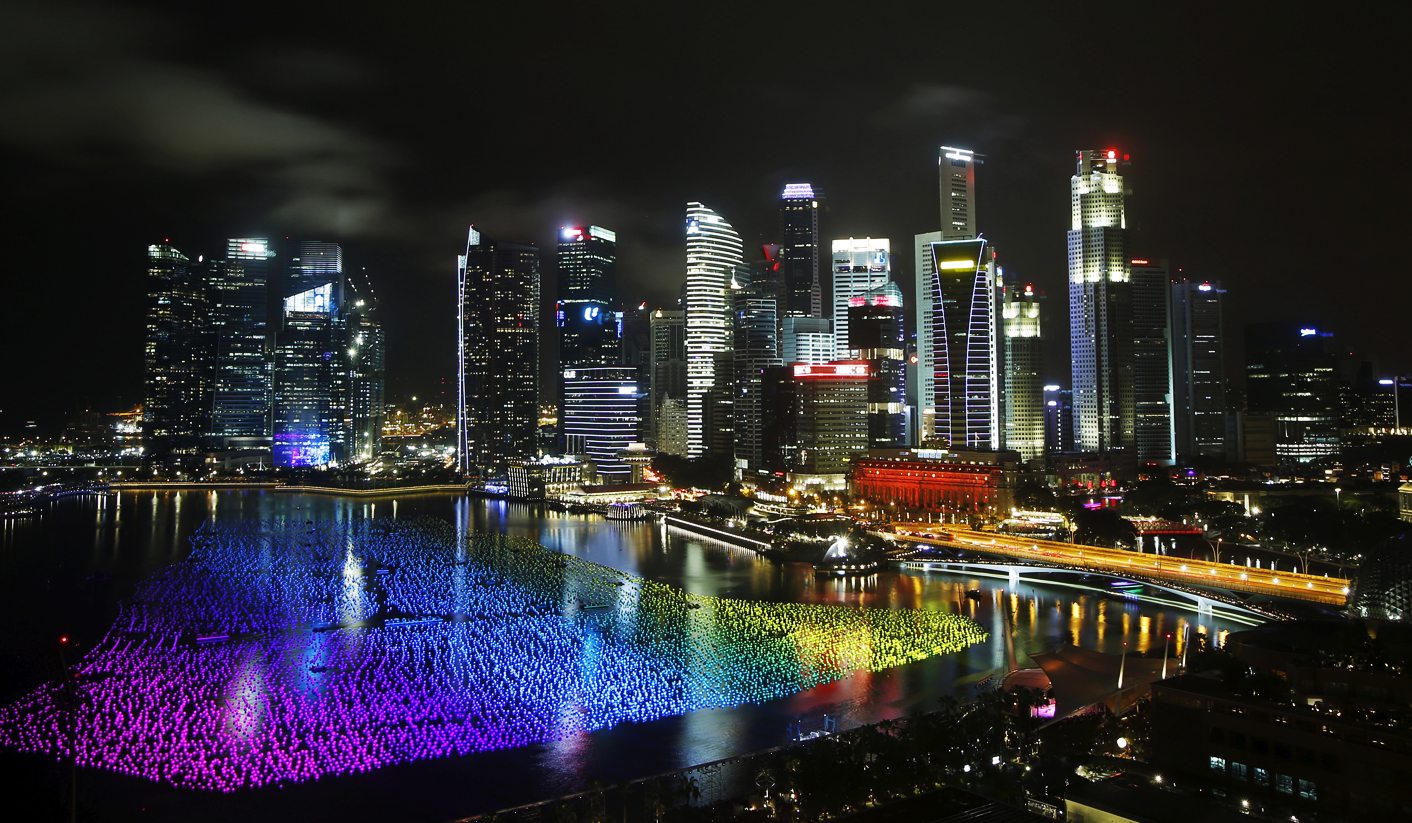 Today it is difficult to think of Singapore as a fragile, poor backwater. Yet it was born in crisis and riven with multiracial, ethnic and religious sensitivities and differences. While the state under Lee Kuan Yew was at the helm of this transformation, its actions were always guided by commercial principles. This is an experience that Pretoria would do well to examine as it ponders how to repair South Africa’s failing state-owned enterprises. By GREG MILLS.

Suppiah Dhanabalan has enjoyed a stellar career as a Singaporean lawmaker, minister and public servant. He was a member of the Economic Development Board (EDB) ‘from minus Day One’ in 1961 and the Development Bank of Singapore (DBS). Elected as a member of parliament in 1976, he worked in various ministerial portfolios, including Foreign Affairs, Culture, Community Development, National Development, and Trade and Industry. After his retirement from government he has served, among other positions, as chairman of Singapore Airlines, DBS Holdings, and for 17 years (until August 2013), of Temasek Holdings. He remains a member of the Council of Presidential Advisers.

Temasek is the investment arm of the Singapore government. With a portfolio of $160 billion, Temasek owns stakes in many of Singapore’s largest and most iconic companies, such as SingTel, DBS, Singapore Airlines, Port of Singapore Authority International, SMRT Corporation, Singapore Power and Neptune Orient Lines. Since it branched out into the region in 2002, today 72 percent of its underlying assets are in Asia, with 25 percent concentrated in China.

In the early-1960s, to encourage manufacturing in a trading economy, the EDB took stakes in a variety of local companies, notably in manufacturing and shipbuilding. Prior to creation of Temasek, these stakes were held by the Ministry of Finance. Today that ministry remains Temasek’s sole shareholder.

Temasek was born out of the decision to divest the EDB from various businesses in the late 1960s since the government decided that, in addition to its role in investment promotion, there was too much under its one roof.

As result Jurong Industrial Park assumed EDB’s land portfolio, DBS bank took over the EDB’s financing role, while the Ministry of Finance took over EDB’s equity stakes. Later, in 1974, this equity was transferred to the newly-created Temasek, which started with a share capital of just $250 million. Later, government-owned entities such as telecoms, ports and power were corporatized and passed over to Temasek. Its annualised total shareholder return since inception has been 18 percent.

Critically, from the outset, Temasek’s governance model relied on an independent board which comprised mainly public servants but were made responsible for supervising management. Similarly, the various companies under its control were run mostly by professionals with independent boards. Strict commercialisation sets it apart from most other state-owned enterprises.

“The purpose,” Dhanabalan says, “was not jobs for the boys, but to make the investments pay.”

As a result, and unusually for state-owned enterprises (SOEs), Temasek makes money. “It’s an investment house,” he stresses, “not an investment promotion agency.”

The reasons for lack of profitability in many SOEs, Dhanabalan says, are “never because people don’t know what to do. We get many, including many from Africa, coming to ask us how it is that Singapore’s state-owned enterprises make money. Technically the answer is text-book. You can find this out anywhere. But the answer why Singapore and not others has managed it is in the governance framework. It makes decisions on commercial principles and commercial needs.”

One example, from the 1970s: “Singapore Airlines had decided to make a $1 billion order for new aircraft, the largest ever at the time.” Even though the government was, through Temasek, the major shareholder, they did not go to it for permission. In every other country politicians want to have their say. “In Singapore’s case it is different. If the company does not make money, then the administration would be sacked, but not for any other reason.”

The answer as to why Singapore has carved out this path lies “in a mix of pragmatism and idealism”, he reflects. “I thought about this when I was asked to speak at Lee Kuan Yew’s funeral,” Dhanabalan says. The iconic Singaporean leader died in March 2015. “Because of Lee’s background and the group that he led, there was a strong sense that Singapore had to be driven by a sense of fairness and equity, a meritocracy, and one continuously aware of Singapore’s position as a majority Chinese government in a Malay region.”

He adds: “This is why today you have so many minorities in key positions, and why I served 17 years as chairman of Temasek. People have consistently been appointed on merit, not on race.” Dhanabalan is an Indian Singaporean. His ethnic group totals 9.1 percent of the island’s 5.3 million population, compared to the Chinese (74.3 percent) and Malay (13.3 percent) populations.

Under Lee Kuan Yew, the state’s actions were guided by commercial principles, not least since it had to make its investments, even those in public housing, pay for themselves in order to ensure sustainability. Dhanabalan notes that delivery demanded integrity through good governance and efficiency and through the establishment and maintenance of a meritocracy precisely because – and not in spite – of the island’s multi-ethnic make-up.

The EDB is an example, too, of this commercialisation. It was established in 1961 as a government statutory entity with the objective of integrating the growth process. In fulfilling its motto ‘There is always an EDB near you’, the agency employs 500 people in 22 offices worldwide, including five in the United States and Europe each, and four in China, aimed primarily at attracting investment and business. Another statutory body, International Enterprise Singapore, formerly the Trade Development Board, is similarly tasked with promoting Singaporean exports through trade missions and its 30 offices world-wide. Both it and EDB’s budgets ($40 million and $120 million, respectively) are dependent on how well they perform.

But Singapore’s extraordinary development success is not just about institutions, or for that matter, planning alone. It’s about growth, jobs, governance, business and people.

Singapore’s GDP per capita, at US$56,284, is more than fifty times more than it was in 1960. It ranks at the top end of the key doing business indicators, from the ease of starting a company to best labour force and intellectual property rights protection. Consequently, today there are more than 7,000 multinational companies present on the island, two-thirds basing their Asian headquarters in Singapore. And Singapore does business with 40,000 other companies, some 50 percent being from elsewhere in Asia.

Photo: Suppiah Dhanabalan and the author

“For development to be successful,” Dhanabalan observes, “one must gather a group of people who are completely honest and prepared to put their job on the line. This requires, however, more than determination. It requires certain ruthlessness, to fire people who don’t do what they are supposed to.”

In essence, politicians have to allow the planners and professionals to get on with it. Tough words – but from a man who, like Singapore itself, can back them up with an extraordinary record of delivery. DM

Dr Mills heads the Johannesburg-based Brenthurst Foundation, and has been researching in Singapore as part of the Foundation’s Future of African Cities Project. A longer study on Singapore’s development experience is published this week and is available at www-thebrenthurstfoundation.org.