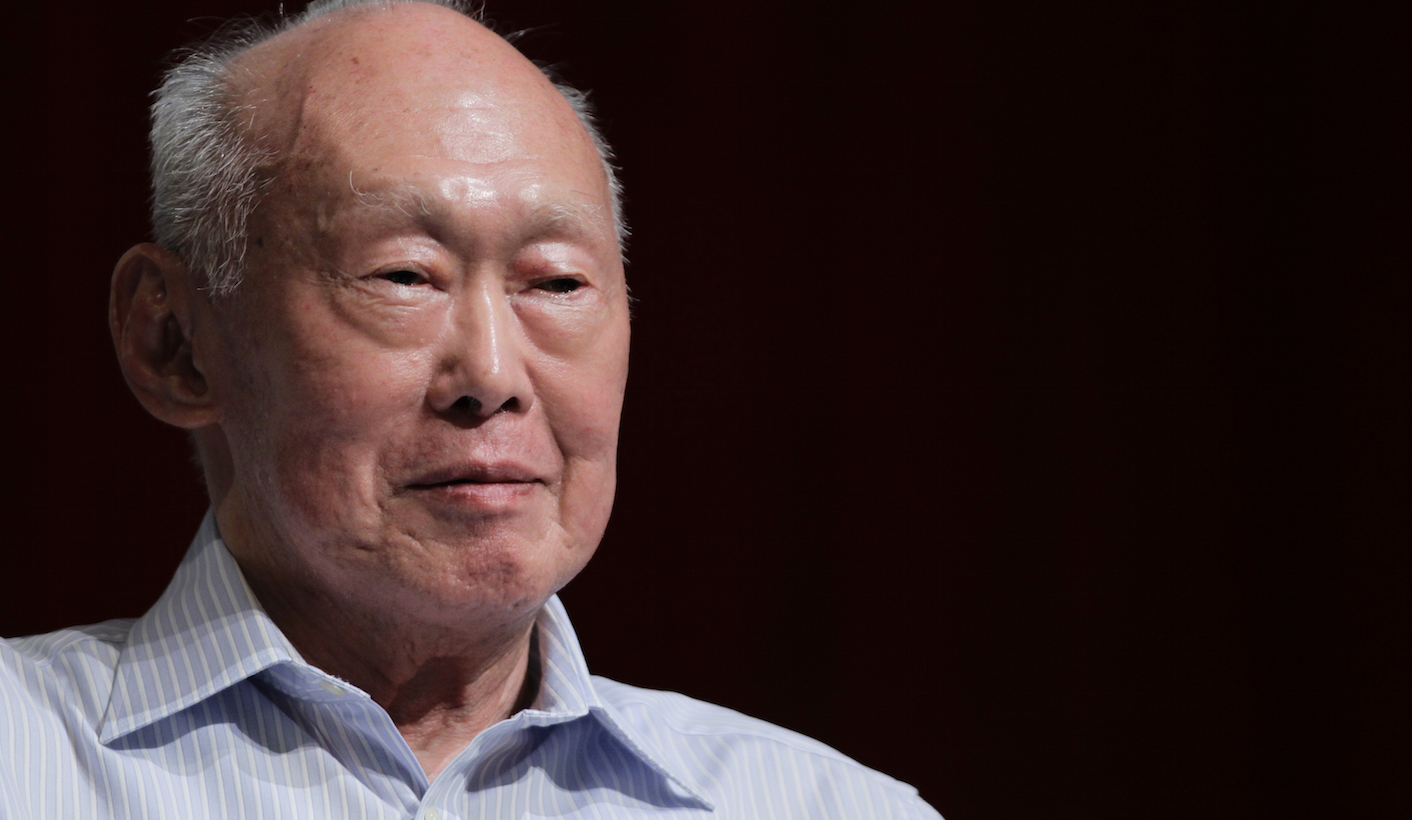 “One of the asymmetries of history,” wrote Henry Kissinger of Lee Kuan Yew, “is the lack of correspondence between the abilities of some leaders and the power of their countries.” Kissinger’s one-time boss, Richard Nixon, was even more flattering. He speculated that, had Lee lived in another time and another place, he might have “attained the world stature of a Churchill, a Disraeli, or a Gladstone”. By GREG MILLS.

In other words: it was a shame Lee, who died on 23 March aged 91, ran only a small country.

Yet it’s precisely because Lee did run a small state that Singapore’s transformation from third world to first, to use the title of his autobiography, should stand out as a model to African countries of transformation, against the odds and their colonial inheritance.

Still there is a danger that Africans, especially their leaders, take the wrong lessons from Singapore’s success.

In 2008, when living and working in Rwanda for President Paul Kagame, I was asked to prepare a summary of Singapore’s key lessons. The island-state it seemed, despite the obvious differences to landlocked Rwanda, was an attractive development analogue.

Like its Southeast Asian counterpart Rwanda is small, densely populated and largely without resources. Both have had to confront crisis. While Lee had steered Singapore from the political turmoil of the failure of the Malaysian Federation in 1965, Kagame’s Rwanda Patriotic Front had taken over amidst extraordinary crisis in 1994, a genocide, a terrible failure in controlling ethnic and racial diversity, a feature which Singapore has also had to manage.

A combination of the orderly discipline of Singaporeans, their leadership and bureaucracy with a catalytic role for the state in business, such as through the $180-billion Singapore investment company Temasek, potentially offered another more interventionist development route to that preferred by Western donors. Singapore’s mandatory Central Provident Fund savings scheme promoted by Lee, which enabled the building of public housing on a grand scale, also seemingly offered a way around the chronically low savings’ rate in Rwanda as elsewhere in Africa.

Kagame seemed among those leaders who, admirably from this author’s vantage, like Lee, were concerned with the finest detail of government, leaving nothing to chance.

There is, regardless, a danger that Africans routinely take the wrong lessons from Lee and from Singapore.

The first of such “wrong lessons” is that an authoritarian government is necessary for growth or for difficult decisions to be made. Yes, the island like others in the region – including South Korea, China, Indonesia and Taiwan – has modernised under a system of rigid political control. Still Singapore has enjoyed extraordinary freedom of individual choice and economic openness, a gentle autocracy quite distinct from usually violent and corrupt African eras of authoritarian rule of which Lee himself was critical.

Moreover, while some might like Lee’s “big man” image, the reality of Singapore is far more nuanced in involving much more than one person and fundamentally being reliant on institutions in the pursuit of development.

Although Lee presented the articulate public face and adroitly managed the politics and personalities, his was a formidable team. Lee’s memoirs are testament to how highly he regarded the opinion of his colleagues and how often there were differences of outlook within government on key issues.

Additionally, Singapore made sure that the best and brightest were attracted, that they were paid properly, and they were given full support by leadership to do their job. As Lee observed “equal opportunities for all and meritocracy, with the best man or woman for the job, especially in leaders in government”, were “basic principles that have helped us progress”.

With delegated power and authority went responsibility of course.

In contrast to the xenophobia and identity politics suffered in Africa, the importation of talent has been another key aspect. From little over one million people at independence, of Singapore’s current population of 5.3 million, around 1.5 million are expatriates, permanent residents or migrant workers. The injection of immigrants is part of a strategy to maintain GDP targets, and synchs with need for Singapore’s continuous innovation and efficiency.

Singapore is a “right lesson” also in the continuous search for competitive advantage.

A very flexible labour market helps companies to withstand external shocks, changes and challenges, driven by a philosophy that ‘it is better to have a low-paying job than no job at all’ – a political anathema in contemporary South Africa, to take one African example. In Singapore, too, a symbiotic relationship is structured between government, the unions and business.

All this has been underpinned by a drive to globalise rather than nationalise. Whereas African countries routinely make it difficult to move goods in and out and are inherently suspicious of the motives of foreign investors, Singapore has capitalised on its strategic geographic crossroads by matching policies and the focus of institutions – there is a zero tariff on imported goods, low tax rates, a range of free trade agreements, vigorous trade and export promotion, and nearly 40,000 international corporations on the island, including 7,000 multinationals.

Singapore has avoided trying to buck the markets or the needs and sensitivities of multinational companies and international finance. To the contrary, it has always acted to strengthen regulatory institutions to negate any perception of developing country risk.

African governments like to cite Singapore as an example in the maintenance of their own parastatals and “partystatals” (companies owned and/or run by ruling parties), both routinely notorious in crowding out private sector competition to the advantage of narrow financial and patronage interests. Again, such lessons are wide of the mark. Even though it is government owned, for example Temasek’s strategy and role is based on commercial rather than political rationale.

Singapore is thus a “right lesson” for Africa in leadership, planning, continuous innovation, commercial logic and using its only natural resource – its people and minds – to best effect.

By the 1990s, Singapore’s per capita GDP was higher than that of its erstwhile colonial master Britain. Today Singapore has the world’s busiest port and is the third-largest oil refiner. Under Lee’s leadership it has shown what is achievable with better choices in little more than a generation.

A remarkable aspect in Singapore’s transition is in its unwillingness to look back. Whereas many African nations berate colonialism at every turn (not least since it offers the prospect of aid and of externalising their problems and excusing regime inadequacies), Singaporeans seldom mention history as an excuse.

Perhaps Lee’s greatest legacy was to set Singapore in a direction looking forward. In so doing, he has left an extraordinary legacy, for his own country of course, but also for others aspiring to follow a similar development path.DM

Dr Mills heads the Johannesburg-based Brenthurst Foundation, is the author most recently of “Why States Recover” (Panmacmillan, 2014) and, with Jeffrey Herbst, the forthcoming “How South Africa Works” (Panmacmillan, 2015). In 2014 he was a Senior Visiting Fellow at Singapore’s Rajaratnam School of International Studies.