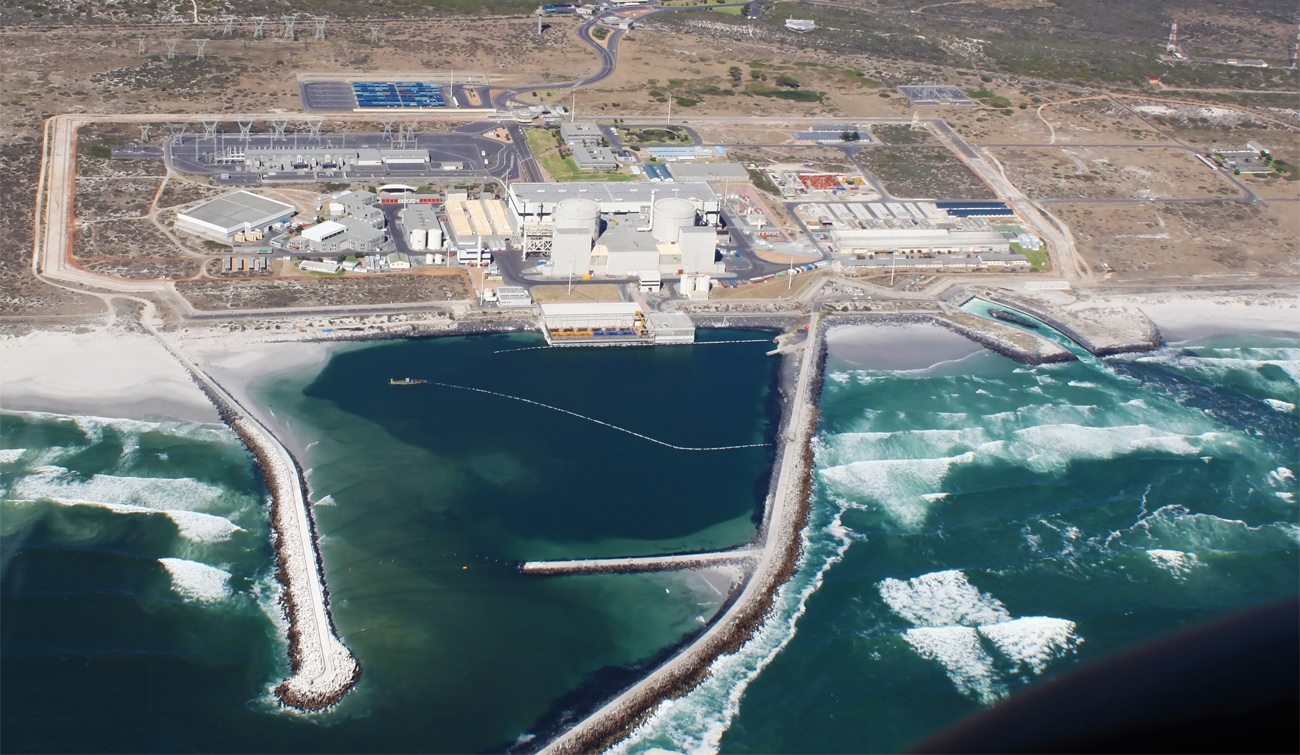 In further developments in the ongoing dispute of a R5-billion contract award by Eskom to Areva, Westinghouse has opposed their applications to the Constitutional Court for leave to appeal a Supreme Court of Appeal (SCA) judgement on 9 December 2015. The SCA judgement had set aside the contract, declared it “unlawful”, and ordered that it be remitted back to Eskom for reconsideration. By Chris Yelland and Aimee Clarke for EE PUBLISHERS

The contract award, said to be the biggest that has ever been disputed in a court of law in South Africa, includes the replacement of six steam generators at Eskom’s Koeberg nuclear power station in the Western Cape. Eskom and Areva say that the steam generators are approaching their end-of-life, and that it is critical that they be replaced during the normal reactor refueling and maintenance outages in 2018 (known as the X23 outages).

The Koeberg power station, built in South Africa in the mid-1980s by French nuclear contractor Framatome – the predecessor of Areva – using nuclear reactor and steam generator designs licensed from Westinghouse. Indeed, Westinghouse was a founding shareholder of Framatome in 1958, before it disposed of its shareholder interest in Framatome in later years.

The Koeberg nuclear power station has an output of about 1800 MW, and its two 900 MW reactors, each with three associated steam generators, have been in commercial service for some 30 years. The design life of the power station is 40 years, before significant upgrades, including the replacement of the steam generators, are required to extend its life.

Could there be any safety issues arising from delays in the steam generator replacement contract and continued operation of the Koeberg reactors beyond the planned X23 outage “deadline” of 2018? What is the risk of the National Nuclear Regulator of South Africa shutting down Koeberg due to safety concerns resulting from any further contract delays beyond 2018? Could this impact on security of supply and load shedding in South Africa? Would there be any additional risk of a nuclear accident if the replacement of the steam generators were delayed beyond 2018?

These were not questions Eskom or Areva were prepared to answer for an earlier article by EE Publishers. However, the applications lodged with the Constitutional Court by Eskom and Areva for leave to appeal the SCA judgment, and the responding affidavit by Westinghouse opposing leave to appeal, lay these questions bare for all to see, and form a substantial part of the dispute. Central to Eskom and Areva’s appeal, of course, is that if the SCA judgment is not successfully overturned in the Constitutional Court, there is indeed no possibility that the Koeberg steam generators will able to be replaced by the 2018 X23 outage “deadline”.

However, according to Westinghouse, the replacement of the Koeberg steam generators could be done during either of the two subsequent scheduled reactor refueling outages after 2018, and before end-of-life in 2024/25, without compromising safety or security of supply. Eskom and Areva, on the other hand, argue that any delay beyond 2018 would pose a significant risk to the safe operation of the power plant and to security electricity supply in South Africa, and would increase the possibility of a nuclear accident, however remote this may be.

Alongside its responding affidavit opposing leave to appeal, Westinghouse presents an additional application for the admission of substantial new evidence supporting its position. It submits that the evidence clearly shows that contrary to what Eskom and Areva say, the so-called “deadline” of 2018 is not critical at all, and that the existing steam generators can continue in service safely for several more years.

Areva on the other hand suggests, without any meaningful substantiation in its court papers, that the Koeberg steam generators “are prone to Inter-Granular Stress Corrosion Cracking”, which requires their replacement by 2018. This is vehemently rejected by Westinghouse, supported by the new documentary evidence presented by Westinghouse in its court papers before the Constitutional Court.

The claims by Eskom and Areva in respect of the urgency and criticality of the 2018 X23 outage date for completion of the steam generator replacement are hardly surprising. They were cited for awarding the contract to Areva in the first place, where a three-month “float” in Areva’s project plan was indicated as a deciding factor. Westinghouse argues that the three-month float in Areva’s project plan was unlawfully introduced at the last minute as an extraneous adjudication criterion to manipulate and tip the scales in favour of Areva, even though Westinghouse had guaranteed the 2018 completion date, on pain of substantial penalties if not met.

Areva’s application for leave to appeal to the Constitutional Court makes much of the matter of the locus standi of Westinghouse Belgium (rather than Westinghouse USA) in opposing the award of the contract to Areva in the first place. This despite the fact that this tortuous argument was never raised by Eskom as the end customer, and was rejected by both the South Gauteng High Court and the SCA. The SCA ruled that Areva’s arguments in this regard were “mere surplusage” to be “disregarded”, and found that Westinghouse Belgium had indeed established its locus standi and its “legal lineage” to Westinghouse USA.

The balance of Eskom and Areva’s applications for leave to appeal the SCA judgment is largely predictable, containing little that is new or surprising. Both Eskom and Areva insist that there are significant factual, legal and constitutional issues deserving of the attention of the Constitutional Court on which the SCA erred or overlooked, and that these to justify an their application for leave to appeal.

Of course Westinghouse denies this, and says that Eskom and Areva failed to demonstrate reasonable prospects of a successful appeal or raise any arguable points of law of general public importance that would require a Constitutional Court decision. Westinghouse suggests that the applications for leave to appeal should therefore be dismissed with costs.

The risk to the continued safe operation of Koeberg and to security of electricity supply in South Africa beyond 2018 without replacement of the steam generators is a matter in contention. However it would appear clear that both Eskom and Areva are proceeding with the disputed contract right now at their own financial risk, in the hope and assumption that the SCA judgement will be overturned by the Constitutional Court.

On the other hand, it may be that this financial risk is ultimately borne, not by Eskom or Areva, but by the tax payers and customers of electricity in South Africa. DM