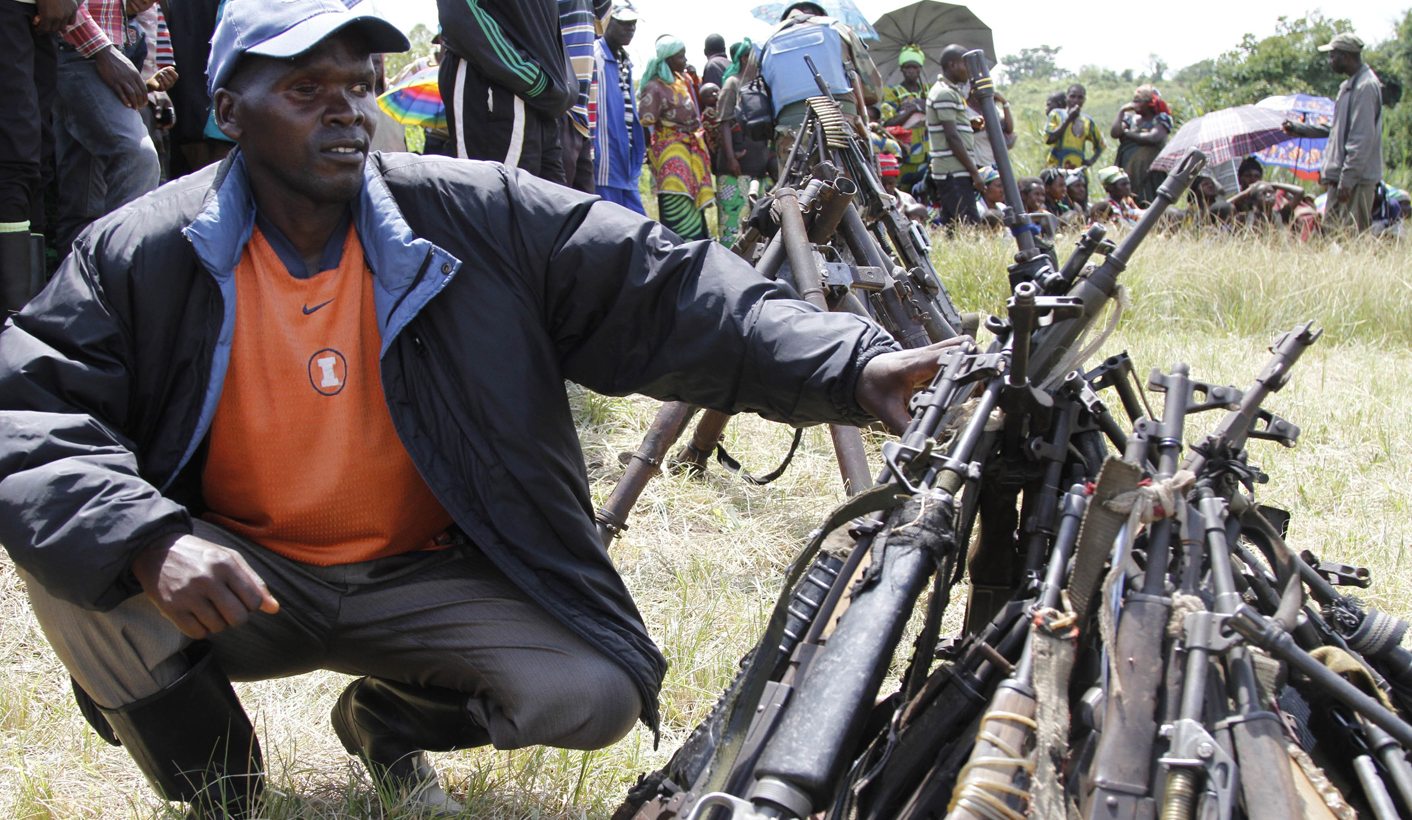 When the Congolese village of Miriki was attacked by rebels, villagers were entitled to expect a response from South African peacekeepers stationed just one kilometre away. None came. The resulting massacre left 17 people dead, and even the UN has admitted that South Africa should have done more. By SIMON ALLISON.

South African peacekeepers are accused of not reacting as rebels in the Democratic Republic of Congo slaughtered 17 people in the tiny village of Miriki.

The massacre, which occurred two weeks ago, was allegedly committed by the Democratic Forces for the Liberation of Rwanda (FDLR), although this has yet to be confirmed. Survivors are furious that the South African troops, part of an elite United Nations peacekeeping unit stationed just one kilometre away, did nothing to intervene, according to an RFI report.

On Wednesday, the UN deputy force commander was forced to admit that the South African unit had not properly discharged their duties. “It’s true that [this attack] happened in a village in which we have a base. It’s a base of South Africans from the intervention brigade…A slow response was noted that I, as head of the force, consider to be inadequate,” said Jean Baillaud, deputy head of Monusco, the United Nations Organization Stabilization Mission in the DRC. “We must learn all the lessons, proceed with all the checks as to what happened.”

The UN has opened an investigation into the incident, which raises uncomfortable questions about the mission’s effectiveness – after all, the protection of civilians is a fundamental element of its mandate. Monusco is one of the largest and most expensive peacekeeping missions in the world, with 20,000 soldiers and an annual budget of more than $1.3 billion.

Monusco’s South African contingent is part of Monusco’s elite Force Intervention Brigade (FIB), a pioneering unit empowered to go on the offensive against rebels in the area. This makes their reported failure to intervene all the more inexplicable.

A Monusco source told AFP that South African troops were aware of the attack on Miriki, and fired several flares in the expectation that Congolese armed forces would take action. It remains unclear why the South African contingent did not take action themselves.

When contacted by Daily Maverick, Defence Department spokesman Siphiwe Dlamini said that he was aware of the incident but could not comment. “This is a UN issue, not a defence force issue. We may discuss it internally, but as for us commenting on that matter, it would be inappropriate, because that command is for those people wearing blue helmets,” he said.

John Stupart, editor of African Defence Review, said that South African troops in the DRC have limited freedom to act in these kinds of situations, requiring approval from both Monusco leadership and the Congolese government. “It was a series of errors, ranging from the Congolese army to Monusco to a possibly inexperienced SANDF officer, and it wasn’t necessarily just the SANDF to blame,” he said.

Tensions in the area have been brewing after the establishment of a nearby displaced persons camp for returning members of the Hutu ethnic minority. Some local leaders complained that this brought elements of the FDLR into the area. The FDLR is a Hutu militia with origins in the 1994 Rwandan genocide.

“This camp, which was built close to the base of Monusco in Miriki, hosts Hutus from Rutshuru. Since 1996, there have always been wars…But we have never seen such a massacre happening so far. Installing this camp allowed the infiltration of FDLR,” said Gervais Paluku, Miriki’s traditional chief, in an interview with RFI.

Paluku claims that returning Congolese Hutus, along with the FDLR, carried out the attack on his village. It is thought that he was the target of the attack, although he was not present at the time.

This is not the first time that Monusco has been accused of failing to prevent a civilian massacre. In June 2014, 30 civilians were killed in an attack by gunmen on a village in South Kivu province. Peacekeepers in a Monusco base just nine kilometres away did not intervene. “The Congolese army and UN peacekeepers left civilians in Mutarule to be slaughtered even though they got desperate calls for help when the attack began,” said Anneke Van Woudenberg, Africa advocacy director at Human Rights Watch. DM

Photo: A militant from the Democratic Forces for the Liberation of Rwanda (FDLR) squats near a pile of weapons after their surrender in Kateku, a small town in eastern region of the Democratic Republic of Congo (DRC), May 30, 2014. REUTERS/Kenny Katombe.