Cosatu Congress: Oliphant in the room 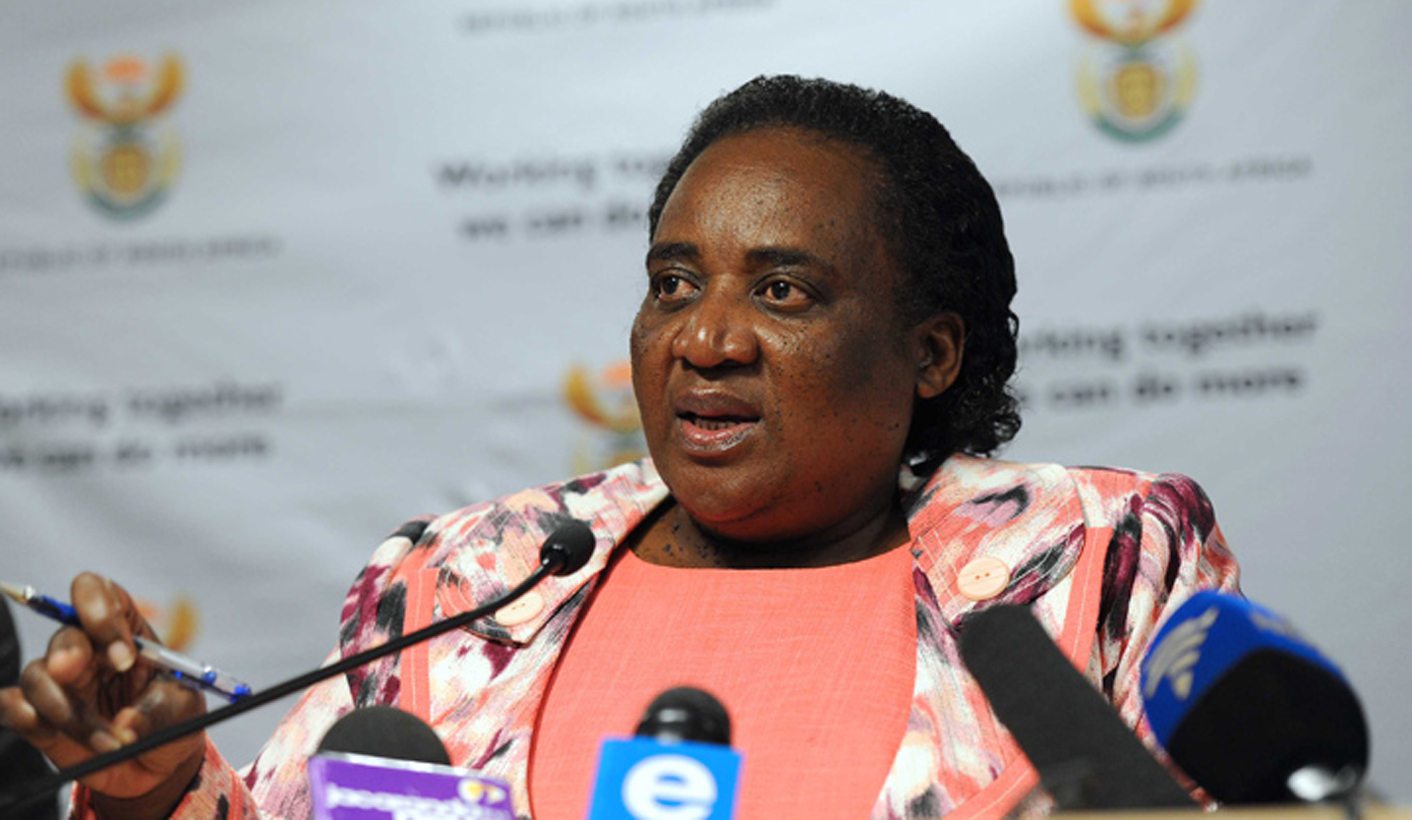 The ANC and Cosatu are, we are told, in an alliance with each other. So, when a cabinet minister who is an ANC deployee addresses a Cosatu conference, one can expect lots of hugging and singing. Instead, we have the sight this week of the Labour Minister Mildred Oliphant telling Cosatu delegates that in fact strikes have become a "fashion statement" and that they are being used to show how much support a union has, rather than to further the aims of workers. It is yet another sign that the ANC is battling to manage the conflicting dynamics of being the employer, while claiming to speak for the employed. And Oliphant herself is a major part of why there are so many strikes in the first place. By STEPHEN GROOTES.

Labour Minister Mildred Oliphant took the precaution of telling delegates at Cosatu’s conference on Thursday that what was she was going to say might not be liked by all of them. By all accounts, her reception was probably the second quietest accorded to a senior ANC leader in Cosatu’s history. The first being an unforgettable moment in 2011 when President Jacob Zuma walked into a Cosatu Central Committee meeting to be met by the most disciplined absolute silence this reporter has ever seen. Then, when Oliphant started actually speaking, it was clear she had come with a message. That her government is tired of strikes, and probably tired of strikers. That strikes are no longer the weapon of last resort, and that in the end, they often only end with very small percentage increases for workers.

Her analysis is probably correct, and echoes much of what business would say, and much of the general law-abiding Joburg CBD-using public. People are just tired of workers refusing to do what they are paid to do, and of strikes going on forever and ever. And of course the impact on the economy is huge. The AMCU platinum strike pushed us into a recession last year, while the recent post office strikes have all but ended the company as a going concern. And, of course, while Oliphant was speaking, there was chaos in the Joburg CBD once again, as SA Municipal Workers went on the rampage as part of a strike against Pikitup. In Cape Town, NEHAWU members were refusing to work in Parliament, in probably the most striking illustration of how the problems of power have beset the ANC.

The party has used the political power it has to control Parliament in ways that appear to be less than one hundred percent democratic. It controls the machinery of Parliament, which means that workers are now being subject to background checks to stop them leaking to the press. Once, Parliament released a statement agreeing with the partisan decision of Speaker, Baleka Mbete, to remove the Democratic Alliance’s Mike Waters from the National Assembly for claiming that Manto Tshabalala-Msimang was an alcoholic. Hardly the work of neutral staff. Now, the responsibility for managing this strike falls to the ANC, and it has not yet found a solution.

It is unlikely that Oliphant was speaking without some sort of mandate from the Luthuli House. It would be a risky thing for her to do, and the last thing she would want would be some kind of pull-back from her comments by the ANC. And it’s no surprise she said this in the first place. Gwede Mantashe himself has previously strongly criticised unions for striking, in particular teachers union SADTU, in a speech that saw him being heckled.

This is all a sign that the ANC, as its stay in power continues, is becoming more and more establishment. It has always had the rather simple and yet incredibly complex problem of wanting to govern in an alliance with unions. The benefit is the support, organisation and resources they provide, especially when the voting day comes. The risk is that if you are seen to allow teachers and other workers to go on strike too often, voters decide you can’t manage schools and hospitals, and start to look elsewhere. It is no accident that we are having more strikes now. Up until this point this problem has been managed by simply throwing more government money at workers; government’s wage bill has increased dramatically over the last few years. Now the money is running out, and so that strategy cannot be used anymore. And the unions know that.

Oliphant may have finished her speech thinking that she had made her point, that in fact someone somewhere might have listened to her. Well, that hope was dashed rather quickly, when at the same Midrand venue as she had spoken (Gallagher Estate, where else?) SADTU and other teaching unions held a press conference just a couple of hours later, explaining why they were going to boycott the Annual National Assessments due to be held on Thursday. So, in other words, her message hung in the news ether for about two hours, before everyone went back to business as usual.

Oliphant only has herself to blame. It’s hard to think of a minister who has been less visible during a more crucial time in their portfolio. The breakdown of the machinery set up to manage disputes between workers and managers has broken down across the board. Unions are splintering, Cosatu is slowly breaking up, and the system of central bargaining is losing power. The most extreme symbol of this is Marikana. And yet, despite all of this, Oliphant is simply absent, without leave.

Her defence could easily be that she is busy behind the scenes, or with Parliamentary work. Well, that doesn’t wash. The DA recently made a bit of a splash when it pointed out she had not attended a single Labour Committee meeting in the last five years. Her defence was that she was not “formally invited” by the Committee. Yes, before you ask, the committee is dominated by the ANC. And then there is the moment when she does take action. In a spectacular display of the highest order of the abuse of political power, and due process, she intervened to stop the Cosatu union CEPPWAWU from being de-registered. In fact, when the unions registrar in her department, Johan Crouse, started the process of de-registering the union, she fired him.

That decision was almost immediately declared illegal by the Labour Court. This is important because the unions have control of over R4bn in funds through its investment house. But it has not filed financial statements with the department for over four years, despite the requirement for an annual filing. Which means that her illegal, politically-inspired action, could lose workers R4bn in funds.

While one or two senior leaders in Cosatu may have some sympathy with Oliphant, in the end unions have to serve the interests of their members, before the interests of their political patrons. Which means that Oliphant is going to be ignored. And the tension of the dynamic of trying to govern with workers while being their employer is just going to get worse and worse for the ANC. DM