Op-ed: End Apartheid for miners, too 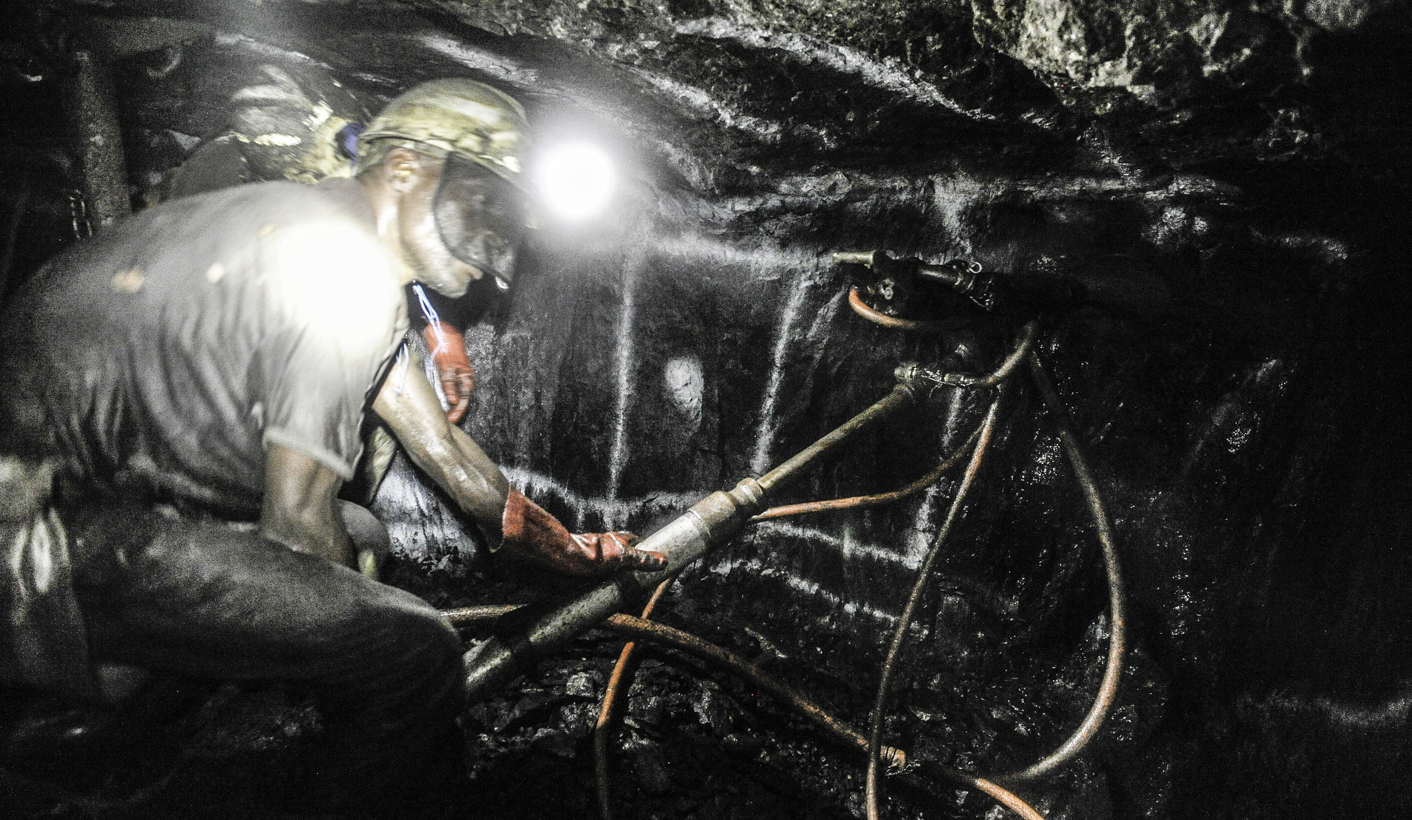 With the dust now finally beginning to clear over the Platinum miners’ strike, it’s time to consider the lessons that we can learn. And, perhaps more importantly, the lessons that we may not learn. Whether through sheer intransigence, or pig-headedness, or simply because it doesn’t suit us in the positions in which we sit, it seems there are many aspects to this strike that bring home uncomfortable truths. But in the final analysis, this strike was always, as so many cleverer people have said before me, about far more than just money and working conditions. It was about politics. By STEPHEN GROOTES.

In around twenty years from now, when someone, somewhere, considers the moments that really brought long-term change to our political system, this strike is going to feature. In a way, it has been the political story of the last year or so. From the Marikana shootings onward, what has been playing out on the platinum belt has been the strongest indication yet that the political hegemony of the ANC, the post-1994 consensus in which essentially the ANC took on the DP/DA with a few other people sitting on the sidelines, is now over.

With a broad brushstroke caveat that must be included in an analysis like this, what we’ve had up until now is black people voting ANC, and everyone else beginning to vote DA. This is the first big action taken by a non-ANC force in which black people were in the van that led to very real change. Consider just the economic impact: the economy shrank by 0.6% in the first quarter only because of this strike. This is a very real demonstration of political power by an organisation that is black, and not a part of the ANC.

In fact, it is opposed to the ANC and various formations that are part of the alliance, in particular the National Union of Mineworkers (NUM).

Just this one fact alone could be a game-changer. It clearly seems to show that there are now more actors in politics, that the game has more players, who have power in their own right. Should AMCU continue to grow into other sectors, with the weapon of striking it now has, it could become very powerful indeed.

Already it is being courted by the metalworkers union NUMSA, which is preparing to create its own “workers formation” later this year. Surely AMCU is going to give significant weight to that new movement, once it gets going.

Whatever happens, though, the ANC is now maybe at the height of its power; it is unlikely to ever again control so many parts of the country so thoroughly, through government and the allied unions. Without the power it used to have on the mines through the NUM, things are certain to change.

Then we have to consider the other big lesson. The current labour system in this country, with its cosy series of meetings in which all the people concerned know and understand each other, is over. No longer can the NUM deal with someone who really represents its former general secretary Cyril Ramaphosa. It’s no longer the system where if a company is holding out for too long, a minister can maybe apply a little pressure on the bosses. Now things are going the other way, government is more likely to ask bosses to hold out against AMCU, in a bid to break them, and thus help the NUM and the ANC.

It was an unguarded moment from the chief negotiator at the Chamber of Mines, Dr Elize Strydom, that really demonstrated how the world has changed. In an interview with the Sunday Times, she said about dealing with AMCU: “I quickly realised that their negotiator had no knowledge of the industry. You have to talk about a rock drill operator, winding-engine drivers and why they’re paid what they’re paid, and you see the non-comprehension in the eyes of the negotiator of the union.”

In other words, dealing with AMCU is a whole new ball game. This is not something that is going to be easy to manage.

But it will be easy compared to trying to get mining executives to cut their salaries. The JSE rules that insisted Anglo American Platinum release the details of its bonuses for bosses in the middle of the strike revealed what is really happening in our economy. Those with no skills, but willing to break their backs underground get a pittance; those who won a lottery of life get paid millions to stay above the ground. No one believes that those with skills should not be paid what they’re worth. But this is untenable, and unsustainable. And it’s not about the maths that if a handful of people are paid less, tens of thousands will get much more. It’s about the symbolism.

But I am not optimistic that this is going to change.

What could well change, not that it will necessarily help, is the law. The main message from all of the ANC officials at last week’s State of the Nation address, and particularly Gwede Mantashe, is that the party wants to change the Labour Relations Act to prevent a strike like this again. On what planet is the Labour Relations Act responsible for this?

This strike has its roots in politics, in inequality, in poverty, in Apartheid, and in the Marikana massacre. It’s about the lack of change, a lack of trust, and a lack of something to lose. Workers and their families lived with no money, believing that this was a fight they had to win for the future. It was funded, if you like, by their hope, their hope for change. That is really what is needed here, change.

Amending the law to enforce some form of arbitration is just going to lead to more distrust of the system that led AMCU members to this point in the first place. Imposing a settlement would surely just lead to even less confidence in the system, in government itself, especially a government to which AMCU is opposed. In the longer run, this would surely just lead to more violence in the end.

In a country with a few political actors as this one, this strike has also showed that our more recent past also matters. One of the under-reported facts of this strike has been how it was Mantashe himself who indirectly led to the formation of AMCU, after refusing to recuse himself from a disciplinary hearing held by the NUM when he was its general secretary in 1999. The subject of that hearing was one Joseph Mathunjwa. That hearing led directly to the formation of AMCU, which explains part of the bad blood there is now. While this strike has been about so many things, it is also about personalities, and the differences between them.

But Mantashe is unlikely to change his views of the world, while Mathunjwa is unlikely to stop nursing that particular grievance. In other words, this dynamic is not going to change.

However, the biggest lesson, the lesson that we kind of all know and sort of ignore, is that our country has simply not changed enough over the last twenty years. It is simply not good enough that we still send thousands of unskilled black people under the ground, knowing that if they break their bodies for twenty years, they will still be in the same desperate position afterwards. It’s also not good enough that the communities they come from are probably poorer now than they were fifty years ago.

It is often claimed that Apartheid is over. Not for these miners; they live it every day. We have to end it for them too. DM