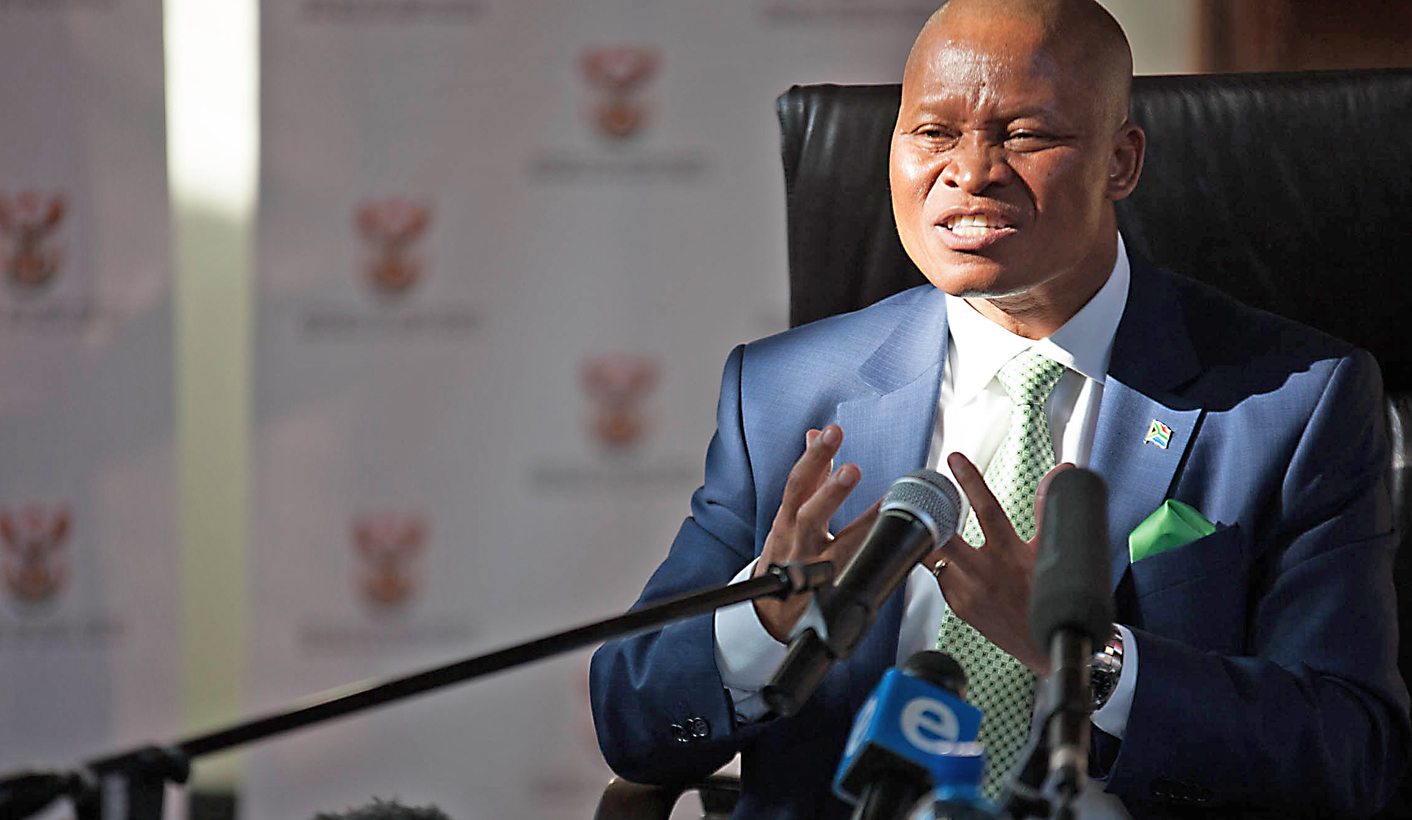 Want to become a South African judge? Expect to have your personal history closely scrutinised. Drunk driving, a flirtation with the Broederbond, and a former life as a Democratic Alliance MP are just some of the skeletons that have been unearthed so far. This week’s hearings of the Judicial Service Commission, to appoint 17 new judges, are giving white male candidates a particularly thorough going-over. The demographics of the judiciary remain foremost on many commissioners’ minds. By REBECCA DAVIS.

“It’s always a cathartic experience to be pushed into one’s past and be forced to look into the mirror,” Deputy Chief Justice Dikgang Moseneke observed at one point during Tuesday’s Judicial Service Commission (JSC) interviews. It’s hard to say whether the candidates in the hot seat felt the same way. JSC interviews are often gruelling, and this time around commissioners seem to have gone into them with a particularly clear mandate.

Last month it was reported that the Commission for Gender Equality had advised President Jacob Zuma to reject any judicial recommendations that did not address “gender and racial equity imperatives”. Franny Rabkin pointed out in Business Day that technically the president can only reject the JSC’s recommendations if the appointment is to the Constitutional Court, which doesn’t apply to any of the current spots being filled. The pressure is clearly on for the JSC to put transformation at the top of the agenda, however, so it’s little wonder that the issue has dominated many of the interviews thus far.

From 40 short-listed candidates, the JSC is looking to fill 17 vacancies: in the Gauteng, Eastern Cape, Free State, Northern Cape and KwaZulu-Natal divisions of the High Court and the Labour Court. Interviews for the Gauteng High Court bench have taken up the lion’s share of the commission’s sittings thus far this week – and a number of skeletons emerged from the collective closet.

Mpostoli Twala, a popular candidate with experience as an acting judge, had to account for three blots on his copybook. Twala has two criminal convictions from the late 1980s, for negligent driving and drunk driving. He was also sanctioned by the Law Society in 2002 for failing to advise the Companies and Intellectual Property Registration Office of his resignation as director of a business.

Moseneke, who is chairing this week’s business in the absence of Chief Justice Mogoeng Mogoeng, wanted to know why Twala hadn’t informed the judge president of Gauteng of these incidents prior to his JSC application. “With hindsight,” Twala said, he should have informed the judge president. But Moseneke wasn’t inclined to make a meal over these past events, which Twala had disclosed in full to the commission. Moseneke said none related to “dishonesty per se”.

Twala agreed: “There was no reason for me to hide it,” he said.

If Twala thought he’d experienced tense moments facing the JSC commissioners, he hadn’t seen what was coming the way of Willem van der Linde. Van der Linde was rejected by the JSC in October 2010 despite a sterling legal pedigree, at least partly on the grounds that he had been a member of the Ruiterwag – the junior wing of the Broederbond.

On Tuesday, it didn’t take long for this aspect of Van der Linde’s history to be aired. His defence for having joined the Ruiterwag was that he believed it be simply an Afrikaner think tank when he signed up. “It sounded cool,” he told the commission.

Van der Linde elaborated: “It took far too long for me to absorb that it was only white, only male, and secret.”

Inkatha Freedom Party MP Narend Singh, a JSC commissioner, pointed out that this realisation had seemingly taken a very long time indeed to dawn: Van der Linde was a member of the Ruiterwag for 14 years. Van der Linde described this, in retrospect, as “indefensible”.

According to those who were present at his last interview, his approach to the issue this time around was a lot more successful than that of his previous appearance, where he appeared bent on defending his membership on the grounds of ignorance.

In Van der Linde’s favour, however, was the fact that JSC commissioner Ishmael Semenya told the commission that he wished to place it on record that he had yet to encounter anyone “on the other side of the debate” who was more cooperative about transformation issues than Van der Linde.

Van der Linde also got off easy in one crucial respect. Because JSC commissioner Julius Malema had missed Monday’s interviews for the Gauteng bench, he was not permitted to participate in questioning Van der Linde – though he jokingly asked Moseneke if he could raise a parliamentary “point of privilege” when the Broederbond issue came up.

Less fortunate in this regard was advocate Lawrence Lever, interviewed by the JSC for a spot on the Northern Cape bench. Lever acknowledged that although he had been a student at Rhodes University during the 1980s, a period of tumultuous protest against apartheid, he had not been involved in that struggle.

“I was preoccupied by being a young person exploring the freedoms university had to offer,” Lever said.

But the candidate was intimately involved in politics after the transition to democracy. From 1999 to 2004 he served in the National Council of Provinces as an MP for the party that was first the Democratic Party, then later the Democratic Alliance (DA).

Asked if he was “cleansed” of his “ideological beliefs”, Lever replied that everyone had their own views and ideologies, but that he subscribed to the values of the Constitution.

It wasn’t an answer that satisfied Malema.

“In the ’80s you were conscious of what was happening in society but you decided to go with the flow,” Malema said. “You took a decision not to be involved in the ’80s … and all of a sudden in 1999 when there is nothing happening, no killing of anyone, you decide to join Parliament?”

“Naturally, people develop,” Lever responded, describing the opportunity to be in Parliament as a “privilege”. He said, however, that he soon realised his “political shelf life” had expired.

Malema went on to suggest, in a roundabout fashion, that Lever had been sent by the DA to win a judgeship so he could go on to favour the party’s interests in court. Moseneke intervened, insisting the question be posed more directly to Lever. “Have you been deployed by a political party?” asked Moseneke.

“Not at all,” replied Lever. African National Congress (ANC) MP Mathole Motshekga would go on to make much the same accusation as Malema, however, with Moseneke again having to intervene with a warning about the danger of “assumptions”.

The fact that Lever had previously worked with the organisation Lawyers for Human Rights also seemed to fail to impress the committee. Justice Minister Michael Masutha suggested that his association with the legal advocacy group had been short and of little influence.

Advocate Rean Strydom, hoping for a spot on the Gauteng bench on his second appearance before the JSC, had no particular political history to confess to, but he had to acknowledge that he had never briefed a black junior counsel. “If I get the opportunity I certainly will do it … I just haven’t had the opportunity,” Strydom said.

Though Strydom has an impressive background in pro bono criminal work and assisting black candidates at the bar, he raised some eyebrows later in his interview when he pointed to his warm relations with the manager and labourers on his farm. “I connect so well with them,” he said.

It wasn’t just the white men being grilled, of course. North West candidate Mpho Mamosebo was asked to account for the fact that the provincial bar council did not support her application, citing a lack of experience and excellence.

Mamosebo replied diplomatically that she would have liked more specifics on the areas in which she was thought to be lacking. “I have to be able to face criticism,” she said.

Malema showed no such restraint. “Am I wrong to conclude the bar criticised you because it suffers from racism?” he wanted to know.

“It’s difficult for me to speak without facts,” Mamosebo demurred.

Malema also wanted to know if Mamosebo was still a member of the ANC. No, she replied.