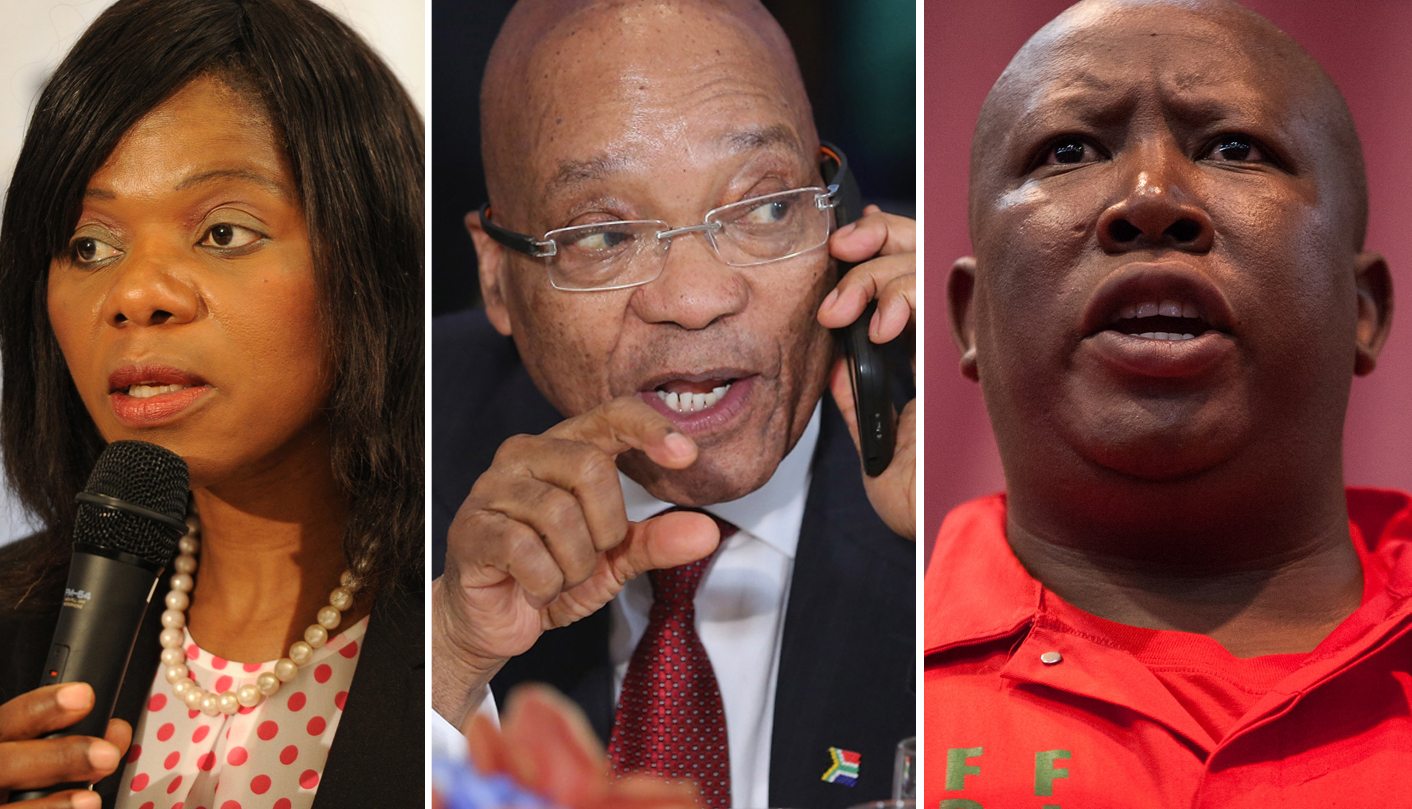 This week, Public Protector Thuli Madonsela submitted court papers to join the Economic Freedom Fighters’ application to the Constitutional Court over Nkandla. Her affidavit makes for interesting reading: speaking to her concerns over the undermining of her position, and her fears that potential complainants to her office are being deterred by the attacks on her authority. By REBECCA DAVIS.

The affidavit Public Protector Thuli Madonsela submitted to the Constitutional Court this week makes one thing clear: she is not happy about the way her office is being treated. In it, Madonsela states that her reports are being ignored, and members of the public no longer want to seek out the public protector’s help as a result.

Madonsela has approached the Constitutional Court to get in on the action initiated by the Economic Freedom Fighters (EFF) over her Nkandla report and President Jacob Zuma’s failure to comply with the public protector’s recommendations. It was in August that the EFF announced it had filed an application to have the matter heard by the land’s highest court, and last month we reported that an initial hearing has been set down for February next year.

The matter is one of two currently going through the courts which are anticipated to bring clarity on the legal powers of the public protector. The second, which is also referred to by Madonsela in her affidavit, is the ongoing Supreme Court of Appeal deliberation over whether the SABC should have to suspend chief operating officer Hlaudi Motsoeneng for misconduct, as stipulated by Madonsela in her report.

Madonsela is quick to state in her court papers that she has not been sought out by the EFF in its Nkandla application, and “neither support[s] nor oppose[s]” it. This was doubtless a necessary clarification, after it was reported in August that the public protector’s daughter is the secretary-general of the EFF branch at the University of Pretoria.

Indeed, Madonsela states late in the affidavit that her reasons for believing the public protector’s recommendations to be binding may be different from those advanced by the EFF. She justifies her involvement, however, on the grounds that she has a “direct and substantial interest” in the interpretation of her report into the security upgrades at Zuma’s home, Nkandla. She states, too, that the Constitutional Court’s decision on the EFF’s application will have a “profound effect on the manner in which I exercise my powers in all future matters”.

Ideally, Madonsela wants the court to grant her permission to have lawyers argue on her behalf as to the “proper interpretation” of her powers. At the least, she wants to be admitted into the case as an amicus curiae (friend of the court), permitted to give advice on the matter before it.

Her affidavit begins by sketching out the findings in her Nkandla report: that the improvements to the homestead “did indeed exceed what was needed”; that the expenditure incurred was excessive; and that Zuma and his immediately family improperly benefited from the upgrades.

“The fourth issue was whether the president should be liable for some of the costs incurred,” the affidavit states. “I found in the affirmative in this regard.”

The public protector consequently recommended that Zuma should, among other measures, pay a “reasonable percentage” of the costs involved, with the Treasury assisting to determine what that amount should be. She also advised that the president should report back to Parliament’s National Assembly in this regard within 14 days.

As we know, none of this happened – part of what Madonsela’s affidavit identifies as a wider problem.

The public protector fears that the Supreme Court of Appeal’s consideration of the Motsoeneng matter is not going to deliver much-needed clarity on her role. In spelling out why this clarity is necessary, Madonsela doesn’t pull her punches.

There is, she says, “now a trend among politicians and organs of state” to simply “disregard” the public protector’s reports. She believes this has affected her office’s standing in the eyes of the public: “Potential complainants are reluctant to come forward because there is a belief that findings of the public protector need not be given effect to.” The Daily Maverick contacted Madonsela’s spokesperson to ask for evidence that potential complainants are being deterred, but had not received a response at time of writing.

The finding by High Court Judge Ashton Schippers in the Motsoeneng matter – that the public protector’s findings are not binding, but neither are they “mere recommendations” – comes in for harsh criticism from Madonsela in the affidavit. (Madonsela was previously made to apologise in Parliament by African National Congress MPs for publicly criticising Schippers’s finding.)

The effect of Schippers’s judgment, Madonsela suggests, is that the public protector would have to approach the courts to make sure her reports are complied with, which is contrary to how the Constitution envisaged the powers of her office.

Madonsela holds that Schippers erred in comparing her office to that of an “ombudsman” in the Western sense, maintaining that powers granted to it in terms of the Constitution are far more expansive. Section 182(1) of the Constitution provides for the public protector to have the power “to take appropriate remedial action”. It is the only Chapter 9 institution given this power. This, she says, “expressly empowers my office to do more than simply investigate and report”.

It is clear, the affidavit states, that any remedial action dictated by the public protector is binding “unless and until set aside by a court of law”.

Madonsela goes further: “An approach that accepts that organs of state may permissibly second-guess, ignore or ostensibly dilute my findings … would only serve to undermine the safeguard of the public protector’s office and, moreover, to undermine the rule of law.”

Who better to advise the court on the Nkandla report, Madonsela asks, than the woman who wrote it? “I respectfully submit that I am the party who is best-placed to speak to the report’s content,” she notes mildly.

Zuma’s replying affidavit to the EFF, meanwhile, termed the Fighters’ application “procedurally flawed” because, among other reasons, the party failed to include Madonsela as a respondent. But Madonsela, as always, has shown herself willing to go it alone. DM