Unite Against Corruption hits turbulence but marches forge ahead 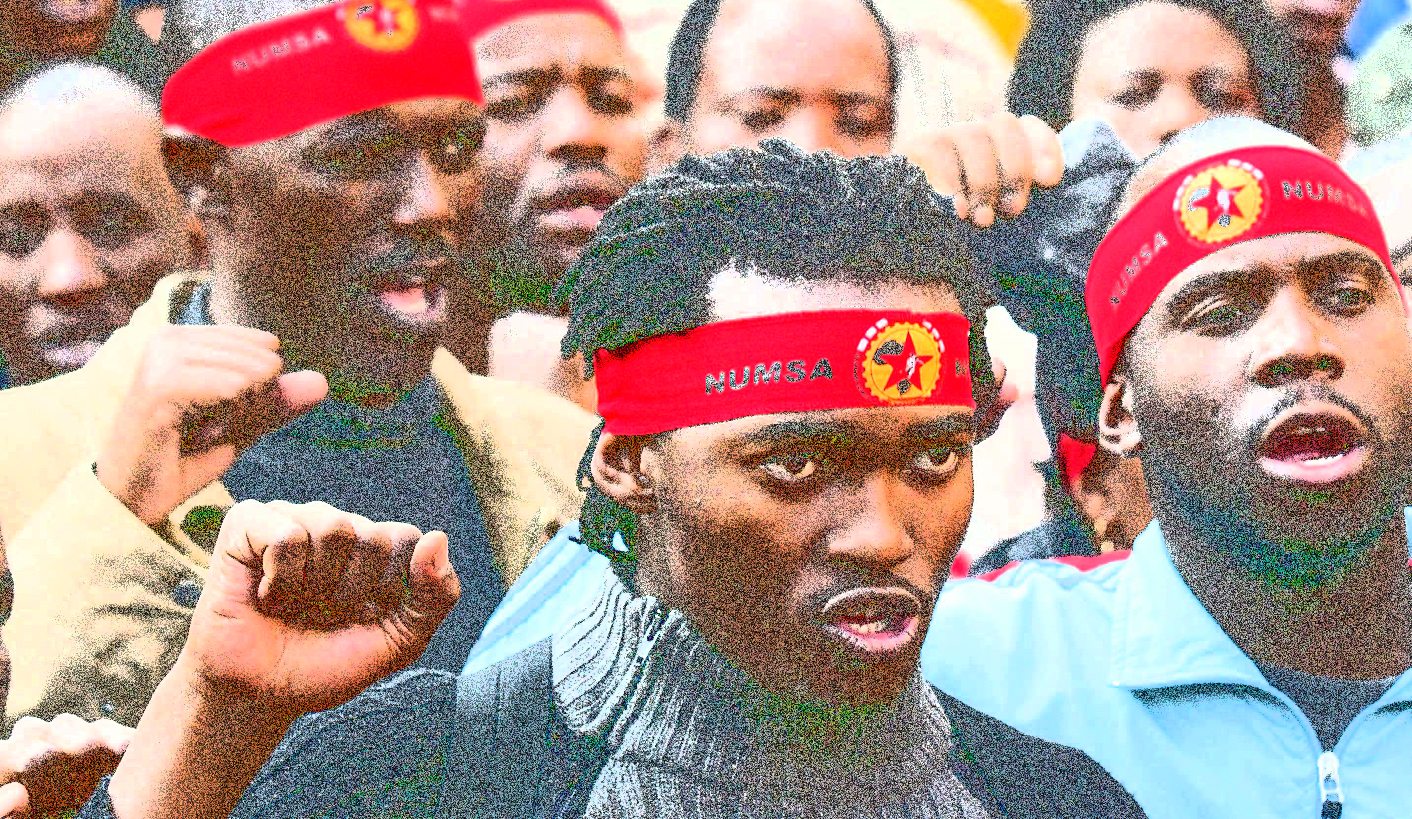 Organisers of the mass anti-corruption campaign scheduled for Wednesday met till late Sunday night, with intense discussions about whether to go ahead with the protest action this week. The Unite Against Corruption campaign hit a stumbling block when Nedlac granted metalworkers’ union Numsa’s application for a strike certificate but declared it only valid from 8 October. Plans for mass marches in five cities, including to the Union Buildings in Pretoria, look wobbly with no protection for workers who stay away from work to join in. Unions argued for a postponement to mid-October but most civil society organisations believe another postponement will derail the campaign completely. By RANJENI MUNUSAMY.

Shortly before 11pm on Sunday night, Unite Against Corruption (UAC) announced via email that Wednesday’s marches would go ahead despite the fact they would not be covered by a Section 77 strike notice protecting workers who participate. The statement announced that UAC would hold a media briefing on Monday for a final update on Wednesday’s activities.

What the statement did not say was that intense talks had ensued for over five hours on Sunday night, with organisers deliberating whether to postpone the protest action for a third time. UAC had planned to make the anti-corruption campaign the biggest show of people power since the fall of Apartheid, with mass marches in Pretoria, Cape Town, Polokwane, Durban and Grahamstown. But this was thrown into disarray on Friday when the National Economic Development and Labour Council (Nedlac) granted Numsa a strike certificate for a stay away.

However the certificate only becomes effective 14 days after the approval date, meaning a strike would only be protected after 8 October.

Numsa reacted furiously, claiming their application for a strike certificate submitted on 15 September was deliberately delayed to sabotage the march by people in Nedlac associated with government. The failure to acquire strike protection for Wednesday this week means that unions and federations that are part of UAC are now reluctant to call on their members to stay away from work. This includes federations Fedusa and Nactu.

Speaking at the launch of a new municipal workers union in Johannesburg over the weekend, former Cosatu general secretary and a key leader in UAC, Zwelinzima Vavi, said Nedlac had used “bureaucratic delaying tactics” to sabotage them.

“The government representatives at the Nedlac hearing even argued that a protest was unnecessary because government was already doing everything possible to deal with corruption, an argument which would have set a precedent for government to ban any socio-economic protest by workers.

“But we shall not retreat, comrades. Unless we take action now, we shall be sinking towards a kleptocractic and predatory capitalist system where there will be no accountability and where corruption will be the norm,” Vavi said.

Daily Maverick understands that over the weekend, Numsa acquired legal opinion on the matter and intended taking Nedlac to court to have the strike notice effective 14 days from the application date. Practically though, the urgent action could only be heard in court on Tuesday, on the eve of the protest action. This means there would be insufficient time to inform workers whether they should go to the march or not, depending on the outcome of the court action.

These were among the arguments made at the meeting on Sunday night. All the labour organisations wanted the campaign postponed but there has been somewhat of a blame game about what caused the problem. While there is general agreement that Numsa followed the correct process – the UAC statement on Sunday night said the application for a protected strike was “perfectly legal and administratively correct” – some in the coalition, including Fedusa’s leaders, believe the union should not have announced a date without the application being approved first by Nedlac.

Numsa fought hard to convince others in the coalition to postpone the march to allow them to take Nedlac to court. However, with the march already being postponed twice to give organisers more time to mobilise support and prevent clashes with religious festivals, civil society representatives were determined to press ahead. While another postponement would have cast the campaign as being in disarray, the organisers now face the prospect of a much smaller turnout at the marches. Union leaders and shop stewards could attend but workers might have their wages cut or face disciplinary action if they do not go to work.

After being billed as mega marches, with organisers claiming the Pretoria march would draw over 100,000 people, UAC could now face embarrassment and a credibility crisis. However the coalition will probably sell UAC as a rolling campaign that should not be distracted by a hiccup on the first round of protest action.

But there have been some concerns about the anti-corruption campaign even before the spoke in the wheel over the strike certificate. A mass campaign against corruption is of course a worthwhile and necessary cause, which is why a reported 230 organisations and 700 artists have pledged their support. But the concern for some of the civil society and religious organisations that signed up is that the initiative will morph into something else.

What that “something else” would be is not clear yet. But the fact that among the key organisers are Vavi and Numsa general secretary Irvin Jim, both of whom have a penchant for blasting the government and are involved in initiatives to set up organisations in opposition to the ANC and the alliance, has raised discomfort. UAC has said from the outset, however, that it is not a political platform and had no ambitions to turn itself into apolitical organisation.

Daily Maverick understands that some civil society organisations are growing uncomfortable with the Numsa-initiated United Front and being associated with the UAC if it turned political. These organisations are apparently considering withdrawing from the United Front and forming their own civil society coalition. The face off with Numsa over the postponement of the march on Sunday may in fact fuel these tensions.

But the UAC continues to raise suspicion from the ANC and its allies that UAC was a proxy anti-ANC campaign that was testing the waters for an opposition movement.

The announcement two weeks ago by Economic Freedom Fighters leader Julius Malema that his party would join “Vavi’s march” has fuelled this theory. There has been a belief amongst some ANC, Cosatu and South African Communist Party leaders that behind-the-scenes talks are underway between Vavi, Jim, Malema and Association of Mineworkers and Construction Union (Amcu) president Joseph Mathunjwa towards establishing a new leftist formation, backed by left leaning civil society organisations. This has been denied by all the players. Vavi has however confirmed that he has held talks with independent unions and federations towards the formation of a new worker federation in opposition to Cosatu. Numsa is still investigating the formation of a new political platform but deny any discussions with the EFF.

The anti-corruption campaign however will for the first time put Vavi, Malema, Jim and Mathunjwa on the same platform for the first time. They will of course not be alone but they will certainly be the most noticeable figures.

On Wednesday, they might not be addressing the numbers of people initially expected but the onslaught against those they see as infesting corruption into South African society will be fiery. UAC’s challenge will be to make sure that corruption is in fact the only target, otherwise any hope of sustaining their campaign will be flushed away in a barrage of political rhetoric. DM