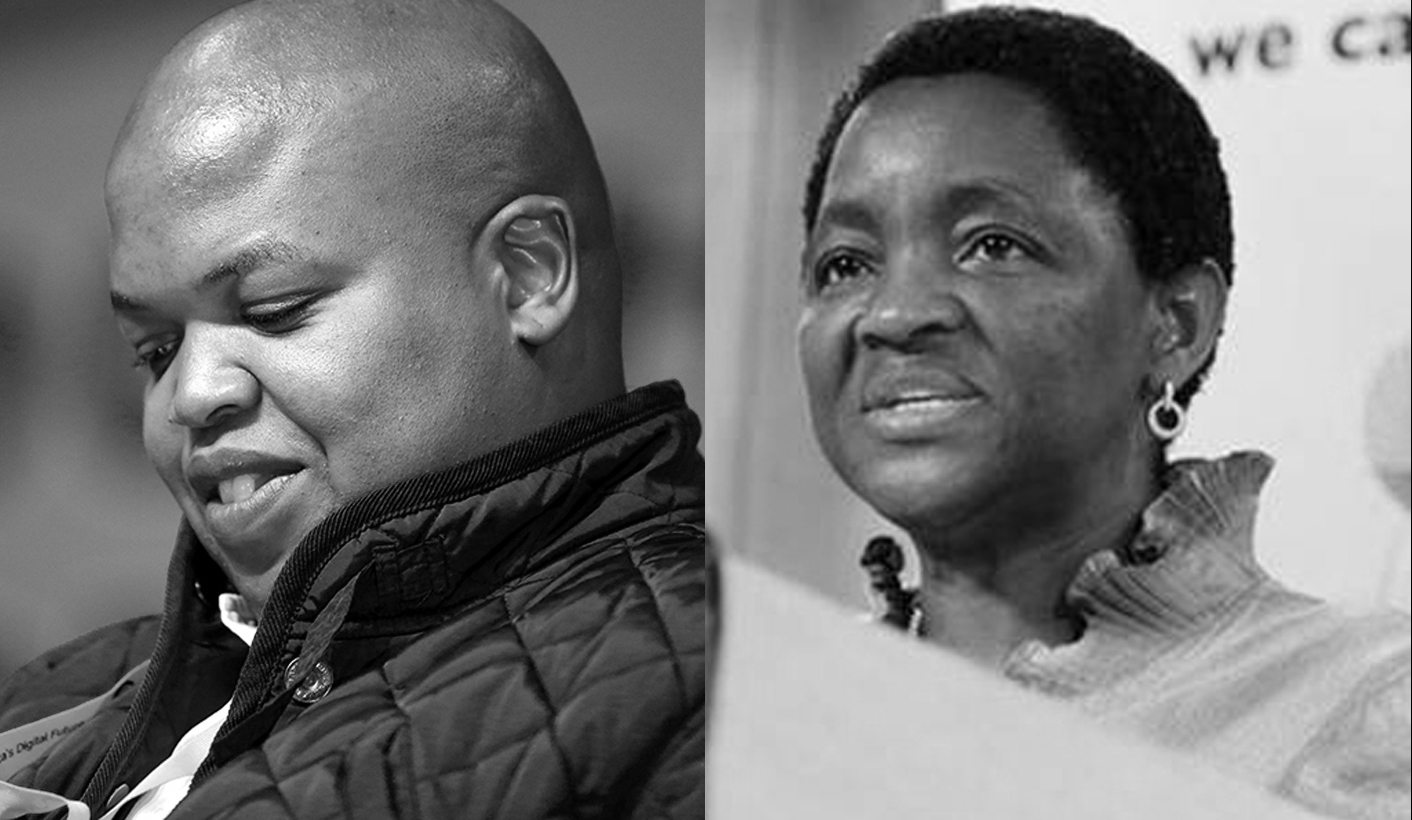 It’s early days for the new leadership of the African National Congress (ANC) Women’s League and the ANC Youth League. Already, however, one of the two beleaguered organisations is showing promising signs of ideological regeneration – while the other seems to be lurching from one public relations gaffe to another. By REBECCA DAVIS.

Since the election of Collen Maine as leader, the revitalised ANC Youth League (ANCYL) has managed to command a fair amount of attention, but almost none of it has been positive.

First, it emerged that a Twitter account under the name of Collen Maine was a fake: a development which seems to have caused the league great alarm, since they released a statement pledging to “do everything in our power to make sure that these social media criminals are identified and exposed”.

Whoever has taken it upon themselves to establish the Collen Maine parody account has chosen an unusually earnest persona. A typical offering: “The government and industry are complicit in holding back education and apprenticeships. The militarisation of youth parties needs to stop.”

Disgruntled North West ANCYL members, who claim they were prevented from participating at the provincial electoral congress, have indicated that they hope to approach the Constitutional Court to have Maine’s election declared invalid. Maine has said they will be expelled – but he told the SABC that “it should not be said that we are purging people”.

Confusion reigns, meanwhile, over whether Maine expressed a desire for Zuma to serve a third term, as reported in an interview with The Citizen. This week, however, ANCYL secretary-general Njabulo Nzuza appeared to contradict this when he lashed out at the media for being conspiracy theorists.

On other platforms, the ANCYL has acted to defend Zuma from public criticism.

Those responsible for the league’s Twitter account took it upon themselves to contribute to a social media campaign which saw South Africans address their concerns about the state of the country to Zuma using the hashtag #DearMrPresident. The ANCYL’s response was to list the achievements of Zuma’s presidency: “#DearMrPresident, South Africa has the world’s 3rd highest representation of women in Parliament under your great leadership”, for instance.

Whether or not the ANCYL is indeed gunning for a third term for Zuma, Nzuza has apparently made no bones about the reconstituted league’s function. This week the Pretoria News reported that Nzuza said the ANCYL “was a body of opinions, unlike others, whose primary role was to influence the decision about who becomes next president of the ANC”.

Yet even this not particularly lofty ideal has been overshadowed by the questionable remarks already notched up by the league’s new leaders. When poet Ntsiki Mazwai slammed the gender composition of the ANCYL’s top five, which includes just one woman, and accused the ANC of seeing women as “panties”, Maine hit back.

“If [Mazwai’s] dirty panties are loose she must not take that it is true for the women in the ANC,” Maine told guests at the ANCYL’s birthday celebrations last week, proceeding to describe her as a “greasy panty”.

Nzuza, meanwhile, raised eyebrows this week when he seemed to suggest that ANCYL pioneers had entered the struggle partly out of a desire to drink better-quality alcohol.

The ANCYL has now responded by threatening to take newspapers which reported on the comments to the press ombudsman.

“Yesterday when addressing a mini rally in Gauteng I made a reminder that apartheid was so petty that it went to the extent of racially classifying access to useless things like liquor and toilets,” Nzuza said in a statement. “The struggle of the oppressed can never be reduced to such petty issues. It was apartheid that was petty. The struggle by our forbears was a struggle of purpose to build a better life for all, it was a struggle to fight against inequality.”

If it’s been an inauspicious beginning for the ANCYL’s new incarnation. However, it’s been a rosier start for the previously moribund ANC Women’s League under the leadership of Bathabile Dlamini.

In the run-up to its elective congress, the ANC Women’s League had been talking tough about the issues of ukuthwala – the abduction of young women to force them into marriage – and virginity testing. There was disappointment in some quarters, however, when conflict on the issue forced a compromise at the congress in August.

Secretary-general Meogo Matuba was quoted at the time as saying: “If you feel it’s your culture then we won’t be against it. There are things we also do as part of our culture, but we don’t talk about them.” Though she also said that ukuthwala should be carried out with the woman’s consent.

At the first meeting of the women’s league’s national executive committee last week, however, an unequivocal resolution on ukuthwala was reached.

“The WL (women’s league) firmly states that the custom of ukuthwala must be abolished as it constitutes an injustice to women and girl-children, that is a violation of human rights and basic freedom as enshrined in the constitution of the Republic of South Africa,” read the statement that emerged from the meeting.

It also noted the fact that women make up the majority of ANC members. “We need to claim the status of our women within our movement and position them as leaders, pioneers and vanguards of effective participation of women in the structures of the ANC,” it stated. The women’s league affirmed its desire for a female president, but unlike the youth league, which has positioned itself as a mere lobbying faction to secure the country’s next leader, it stressed its primary ideological function as being to safeguard the rights of women.

In another positive sign, it was reported this week that the ANC Women’s League was providing assistance to the mother of a girl who was allegedly raped by an ANC councillor. This might seem like the bare minimum in terms of the women’s league’s role, but compared to the unconditional support it offered to rape-accused Zuma in the past, it’s a promising indication of shifting priorities. DM