ANC’s leadership race: The rise of the ‘premier league’ 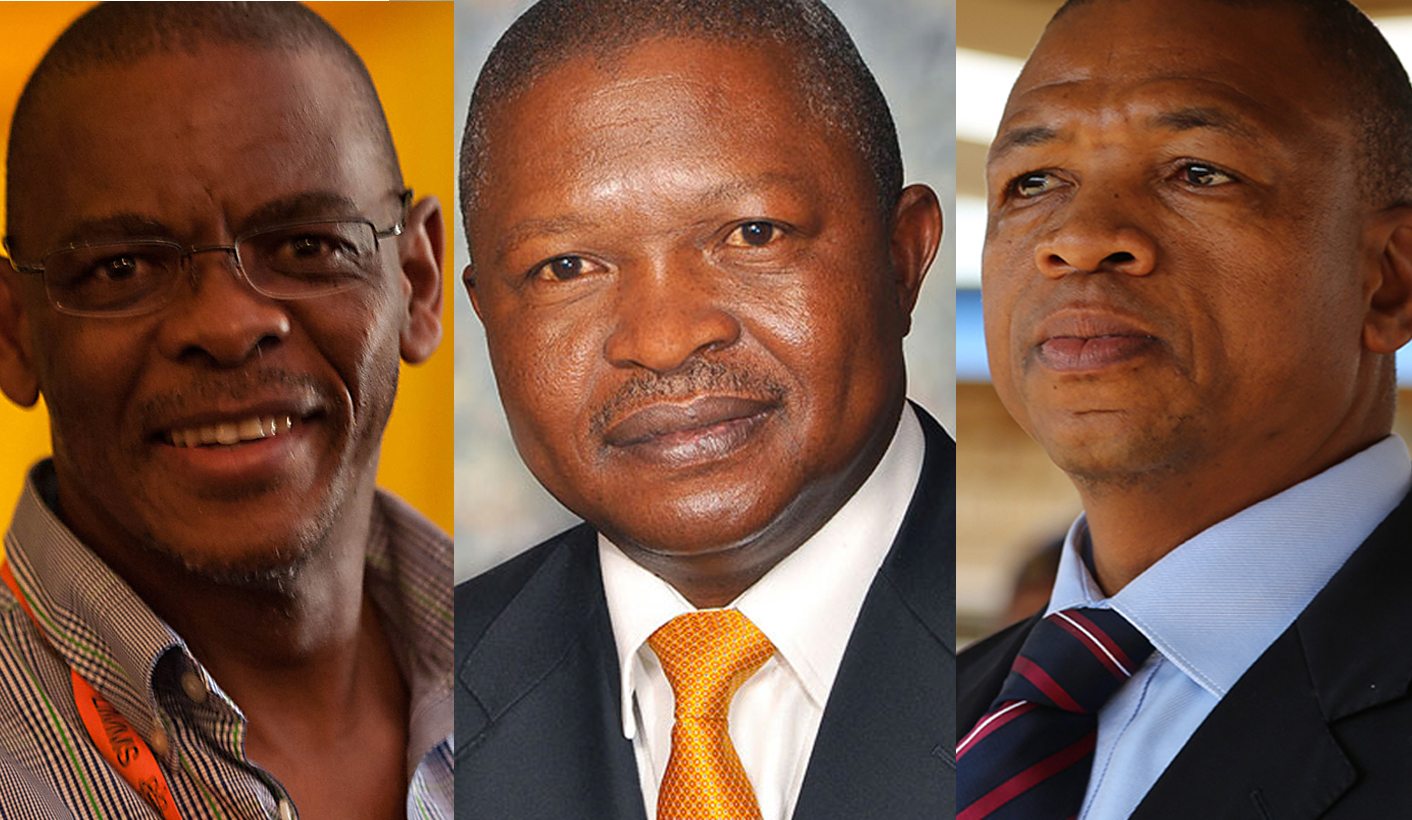 The choice of the ANC’s next leader is likely to be the biggest political story in the run up to the party’s 54th national conference in December 2017. Judging by how the choice of President Jacob Zuma redefined the organisation and the country since 2007, South Africa will have to pay careful attention to how the ANC goes about choosing its next president and who his or her backers are. Considering what happened at the ANC Women’s League and ANC Youth League conferences, the succession process will not be about finding the most appropriate person to lead the organisation based on South Africa’s needs and challenges. There is a new gang in town and they seem to be calling all the shots. By RANJENI MUNUSAMY.

It is quite delightful how people muse about who could be the best choice of South Africa’s next president – from Public Protector Thuli Madonsela to former Cabinet minister Trevor Manuel. Unless there is a massive swing in voting patterns, the next president of the country will still come from the ranks of the ANC and, following its tradition, is likely to be the party leader chosen in 2017.

There are now two clear front-runners – Deputy President Cyril Ramaphosa and African Union Commission chairperson Nkosazana Dlamini-Zuma. Asked in Parliament last week whether he would support a woman as the next president, Ramaphosa claimed the ANC had a choice from 1.5 million members to choose from.

While this might be true in theory, which would give Madonsela and Manuel an outside chance as ordinary members, the field is narrowed down to a handful of people in the senior leadership who are supported by interest groups and blocs in the ANC.

President Jacob Zuma is serving out his last term in government, as stipulated by the Constitution, but is not prohibited from serving a third term as the party leader. A grouping established itself around the idea of maintaining the power network of the Zuma administration and has now risen to be the most influential faction in the party.

While the group has no official standing, they were able to successfully lobby for Bathabile Dlamini to be elected as the Women’s League president and worked to ensure that the Youth League’s new leadership triumphed without contest. They played the role of kingmakers at the two conferences as part of a grand plan to control the outcome of the upcoming ANC national general council and the 2017 ANC conference.

Collen Maine, the North West MEC for Local Government and Human Settlements, was elected unopposed as the new ANCYL president on Friday night. All other prospective candidates were unable to meet the minimum threshold of votes to make it onto the ballot paper. Other groupings and provinces were unable to rally support among the delegates, insuring a complete walkover of Maine’s slate for all the leadership positions.

Maine, who is three months away from turning 35, supposedly the maximum age to still qualify as “youth”, was not chosen because of his immense popularity amongst young members of the ANC or because of his leadership skills. Maine’s first address as ANCYL president was to pledge to the mother body that the league would toe the line. He went as far as apologising for the league’s “radical and militant” behaviour under its former leader Julius Malema.

Maine and Dlamini were selected as leaders of the two leagues for no other reason than to deliver these constituencies to their handlers. As the succession battle builds up towards 2017, Dlamini and Maine will be central to introducing and running internal debates.

Mahumapelo proposed some time ago that Zuma should stay on as ANC president in 2017 to align the party and government terms. This proposal made no practical sense as it would have meant that the ANC would have to hold an elective conference in 2019 to choose a new leader just before the national elections. A succession battle in an election year would have been disastrous for the ANC.

There seems to have been a rethink in the camp and the new plan is to choose a successor for Zuma who will maintain the power networks and balance of forces in the party and the country. Ramaphosa, it would appear, does not meet the criteria of the premier league. He has always been his own person, reluctant to lead or be part of a distinct clique. He amassed his own fortune while he was in business and would therefore have no interest in keeping provincial business networks happy. Ramaphosa also appears reluctant to engage in any talk about succession ahead of time.

The ANCWL campaign behind a woman president has put Dlamini-Zuma on the fast track in the leadership race. She has the experience, popularity and pedigree in the ANC to run the race, as well as the national and international standing due to the positions she has served in. As far as woman leaders go in the ANC, she is streets ahead.

So far, the campaign behind a woman president is the only active and declared campaign. It is neatly disguised on the gender ticket and nobody has been able to shut it down yet, even though premature campaigning is frowned upon in the ANC. This gives the “premier league” room to manoeuvre and lobby in ANC structures.

While Dlamini-Zuma is normally coy on such issues, she has been more visible recently. She said in Durban last week that she would not decline whatever position the ANC wanted her to serve in. She also said “Having ambitions and big ambitions is a good thing.”

While Dlamini-Zuma might be warming up to the prospect of succeeding her ex husband, there is no indication that she has entered into a pact with the “premier league” or that they have even canvassed her to stand. As was the case with Kgalema Motlanthe in 2012, structures and provinces backed him for the position of president against Zuma without getting an express indication from him whether he wanted to stand.

But the premier league now controls two important constituencies in the ANC, as well as their own provinces and sections of other provinces. That is a significant bloc. It also appears, although there is no evidence of this, that they have the blessing of the president. Because there is so little dissent against the president, he will have major influence over who his successor is.

While the influence of the premier league was clearly evident at the ANCWL and ANCYL conferences, the big test will be at next month’s national general council (NGC). The ability of those aligned to them to argue positions and influence resolutions will keep the faction in the driving seat and possibly draw more support from those sitting on the fence.

Other provincial structures are either divided or are too disorganised to stand up to the premier league. The left in the ANC has diminished completely in influence. KwaZulu-Natal and the Eastern Cape, the two biggest provinces, have surrendered their influence through internal divisions, with sections of these provinces now in the premier league camp.

The situation is cause for concern as focus of this influential lobby is not to ensure that the best leaders get elected to serve the country’s needs but rather those who could serve their needs. There is, however, no indication that Dlamini-Zuma or anybody else they might have their sights set on has agreed to a quid pro quo. But for as long as they maintain their grip on the ANC by controlling the largest bloc, those in leadership positions will have to dance to their tune.

Anyone with a counter agenda to the premier league in the ANC had better start thinking fast and boxing clever. DM