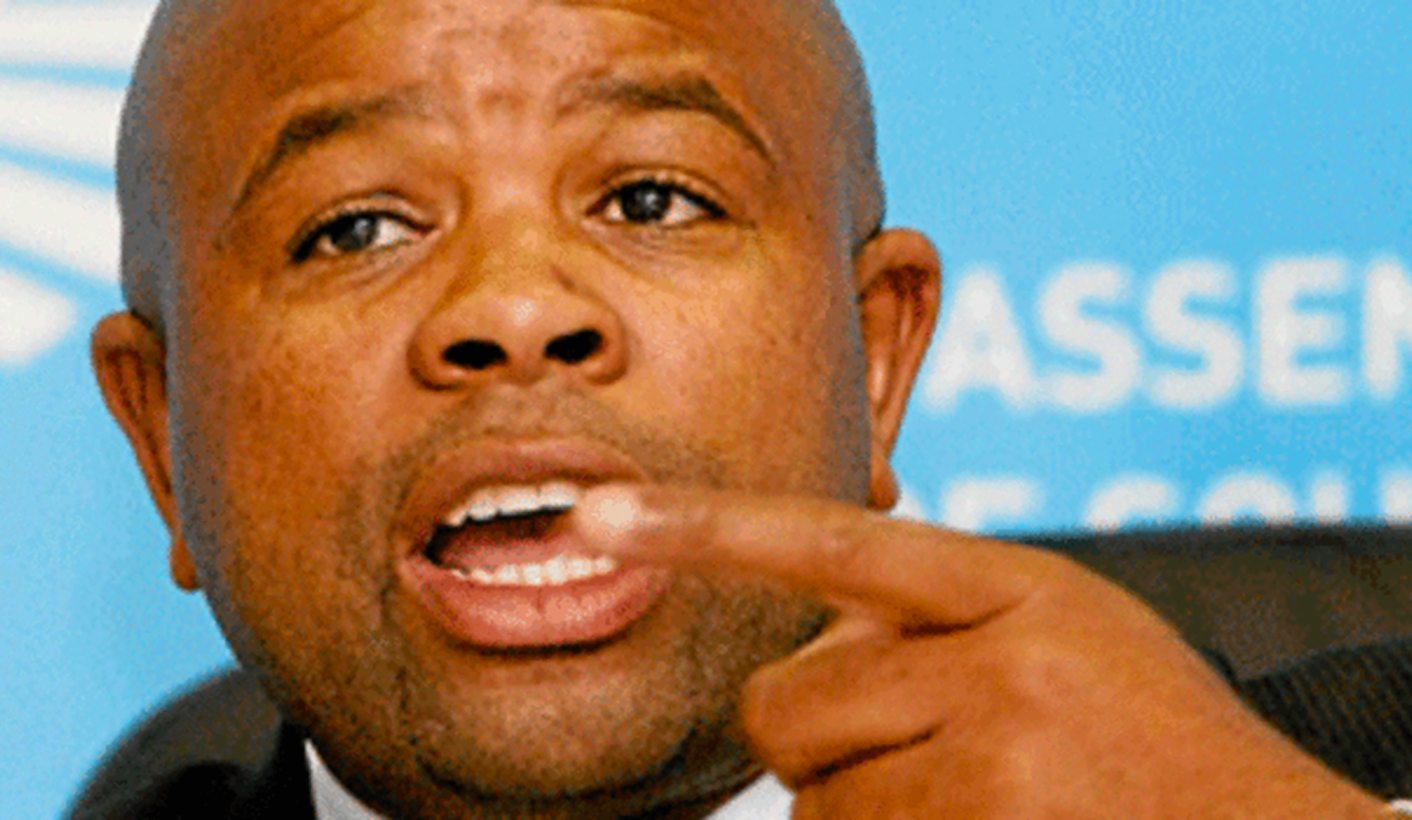 Lucky Montana, for years the driving force at the Passenger Rail Agency of South Africa (Prasa), has been suddenly sidelined. While Prasa has come under attack in recent weeks, his troubles began with the new board. Now, Prasa is without a CEO while it spends billions on new trains and with Montana promising to tell the full story, things might only get worse for the state-owned enterprise. By GREG NICOLSON.

What did Lucky Montana do when Prasa was accused of blowing R600 million on trains that don’t fit the SA standards, while his chief engineer was accused of lacking qualifications, and when it was emerging that Prasa might have lost R1.3 billion because a failure in foreign currency hedging? He threw on a train driver’s uniform, accused detractors of racism, and took journalists on a train ride. It confounded the media, just enough (because if a train can cruise for 40km in a controlled environment, it must be fine, right?)

Montana’s leadership has been characterised by such bravado as he has marched forward with transforming the rail network, but on Wednesday it was one of the key reasons, according to the board, for his “early release”.

Montana was serving notice before leaving Prasa in December, but the board said he had served his last day on Wednesday after a breakdown in the relationship between him and non-executive chairman, Dr Popo Molefe. In the midst of multiple allegations against the Rail Agency, it leaves the parastatal without a CEO during its most important expansion.

Speaking on Talk Radio 702, Molefe said the board resolved to investigate some of the irregularities and wasteful expenditure featured in an interim report from the Auditor General, but claimed the decision to send Montana packing had nothing to do with claims in the media that Prasa went ahead with buying 13 locomotives from Spanish manufacturer Vosslah Espana for R600 million despite concerns they would compromise safety and damage SA’s rail infrastructure.

Molefe said Montana resigned earlier this year after the board rejected a R2.4 billion tender “which was not done in a manner that followed process, which did not follow the Public Finance Management [Act] prescript, did not follow policy of the company”. Then he talked about insubordination. “He stood on public platforms attacking the board that he is supposed to account to, [saying] that it is a board that is not fit to lead the organisation and it cannot act in the best interests of Prasa,” Molefe said. “Here’s a man who is on his way out, he’s leaving, but he wants his last days in the organisation to be the last days where there is no stability, where there is acrimony between himself and the board. We concluded that there is no rational basis therefore to spend the next couple of months in this environment with a person who is exiting anyway; he’s leaving.”

Speaking in June to Financial Mail, Montana said the board could hinder Prasa from meeting its infrastructure roll-out targets. “We have the required skills but I am not convinced that the board will be able to act in the best interests of Prasa under the chairmanship of Popo Molefe and his modus operandi of interfering with the business of Prasa,” he told the magazine. The CEO seemed to have transport union Satawu on his side after it called for the board to be dissolved.

“The board knows that it is being disingenuous, that it’s not telling the truth,” Montana told Talk Radio 702 on Thursday. He suggested the decision was unjust and he plans to give his own press briefing on Friday. The Prasa board will also brief the media Friday.

Montana had harsh words for Molefe. “He chose to win the battle but I think that out of this he’s going to lose the war. He’s going to lose the moral fight. He knows deeply when he looks at himself in the mirror, I don’t think he will be at peace with himself until the end of time. He knows that it was a cowardly decision and he could have easily waited to discuss that with me, but he didn’t do that.” After submitting his resignation earlier in the year, Montana consulted different industry stakeholders and suggested he could stay on if needed, but the acrimonious relationship with the board appeared to make the prospect impossible.

Both Montana and Molefe claimed the recent allegations against Prasa did not play a role in the early departure, but it’s hard to imagine the pressure on Montana, and his regular presence in the media recently, might not have been seen by the board as an opportunity to get rid of him while public sentiment is on its side.

Regardless, Montana’s sudden absence leaves a gap in leadership at Prasa at a critical moment. It plans to invest R123 billion over 20 years on the rolling stock renewal project. The first phase, worth R51 billion, has been awarded to Gibela, a consortium led by French multinational Alstom. Montana recently said many of the black industrialists the state plans on developing would come from partnerships between Gibela and local companies. As the last two weeks have shown, there are many opportunities for things to go wrong, and lots of money to make for those who get the right deals.

Listing the recent allegations against Prasa, Democratic Alliance shadow minister of transport, Manny de Freitas, on Thursday said releasing Montana from his position reinforces the party’s call for the parastatal and Transport Minister Dipuo Peters to account to Parliament. De Freitas said “it is so vital that the apparent rot at Prasa is halted immediately and that the allegations are answered in a transparent manner”.

Prasa chief operations officer, also serving as Autopax acting head, Nathi Khena, will act as Prasa CEO until a replacement for Montana is appointed. His first priority will be stability – convincing the public Prasa has a handle on things, which seems questionable at the moment, and that it can handle the infrastructure roll-out. That won’t be easy as these battles are often fought with allegations of vested interests and tender fraud. With Prasa spending billions, there are plenty of allegations to go around. DM

MTN lists in Rwanda, while dividends remain stuck in Nigeria