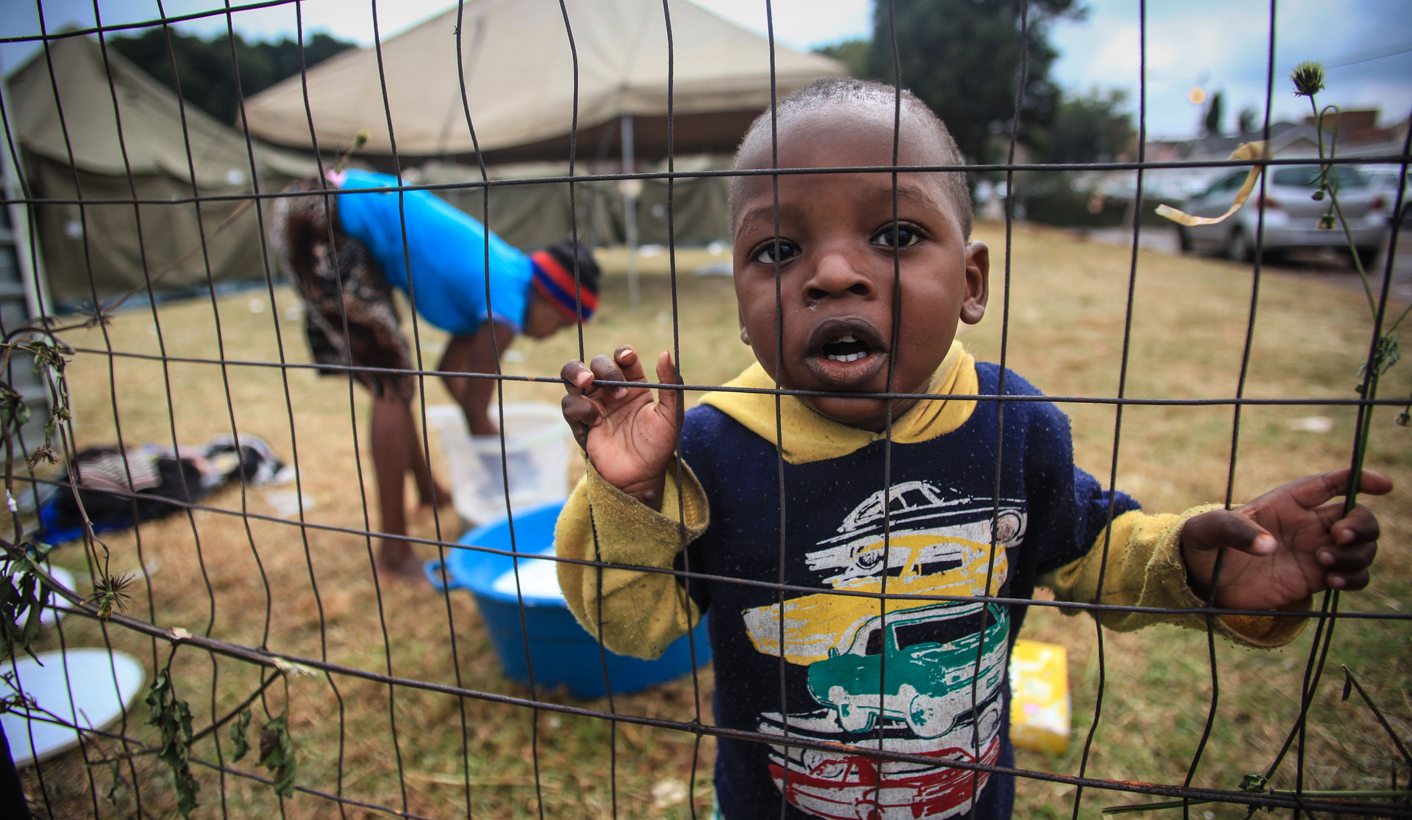 Over and over, we are seeing examples of how the police are getting worse at dealing with fellow human beings and better at crushing them when the orders are given. There has got to be a better way. By ALEX ELISEEV.

Reading the latest media statement from the KwaZulu-Natal police, images of an epic Spartan battle rush to mind. We are told of an intelligence-driven operation “executed swiftly” by a carefully blended mix of police units, supported by the Metro Police.

Like her boss on the day after the Marikana bloodbath, the policewoman in charge, Lieutenant General Mmamonnye Ngobeni, is quoted praising her officers for being “professional” while facing a group that “blatantly contravened the laws of this country”. On the opposing side: scores of people who had dug in their heels and refused to negotiate.

“We cannot turn a blind eye to such activities…” Ngobeni trumpets in the statement. “They also pose a threat to the peace and stability in the country”.

So who were the police up against in this mighty battle of Chatsworth? A right wing army hell-bent on destroying the new South Africa and igniting flames of anarchy across the coastline? Fed up township residents burning libraries and hospitals? Panga-wielding taxi drivers defending their turf? The White Walkers from Game of Thrones?

It turns out the operation was aimed at clearing off foreigners (“displaced foreign nationals”) reluctant to leave a refugee camp to which they had been driven during the vicious xenophobic attacks earlier this year.

By the police’s own calculations, of the 140 people targeted, more than half, or 80, were children.

A threat to peace and stability…

The story goes like this: The police “received intelligence” that the group of foreigners was camping illegally at the sports ground. Not the nice kind of camping – with braais and ball games – but the kind that contravenes all kinds of bylaws. Why there was a need for intelligence gathering when a simple drive-by would have achieved the same results, no one really knows.

In any event, those who had lived in the temporary shelter at the Westcliff Sports Grounds since April had been offered all kinds of assistance, including help to return to their communities or relocate to any place within the borders of the country. Most seem to have taken the deal.

The group that remained refused to budge. Either because they were too traumatised and frightened or because they were holding out for a better offer. Staying put was probably a protest, fuelled by anger, fear and desperation. These were not people who were in South Africa illegally – the police tell us they had asylum papers – suggesting past trauma and few choices. Some may have lived through the 2008 xenophobic flare up. (Jonny Steinberg’s book A Man of Good Hope chronicles these journeys and lives).

The police, however, felt that the adults were endangering the children by subjecting them to unhygienic conditions and the winter cold. Also, the group was breaking the law by not moving out when the camp officially shut down on 30 June. Two days later, on a Friday morning, the carrots were thrown in the trash and out came the sticks. Adults were arrested, bundled into police vans and charged, while the social development department took the children away. (A Friday arrest, by the way, usually means a weekend in jail.)

“Their belongings were removed from the grounds,” the police announced in their statement.

Pause to think about what transpired here.

There was no violent resistance. No clashes or running battles. No burning tyres or teargas. No uprising. These were vulnerable people who ran to safety when their neighbours turned on them in a storm of blood-lust, chasing them out of their homes, burning their shops or murdering their friends and relatives. The xenophobic nightmare is well documented. Men shot or stabbed simply for being born in another part of Africa; shop owners cowering inside self-made cages as fists pound against gates and boots bash down locks; flames of hate swallowing up fathers, sharp blades disappearing inside the hearts of breadwinners, old men dragged out of hostels and beaten to death with steel pipes. Out of that mayhem these men and women ran to the refugee camp, seeking shelter from a rage that defies humanity, hiding from that red mist of madness.

Yes, they overstayed their welcome. Yes, they refused to leave. Yes, technically, they broke the city’s law. But is that reason enough to victimise them all over again? To arrest them and take away their children? (Can a parent experience a greater terror?) To clear off the few possessions they have?

On the same day, a newspaper reported how a court in another province awarded R750,000 in compensation to a Nigerian man who had been thrown in jail for two and a half months without being charged. The Eastern Cape judge said it was the worst treatment of a person she had seen in democratic South Africa.

The police’s Operation Fiela has seen countless controversies, from half-naked men being pulled out of hostel rooms in the middle of the night to a court challenge from civil society. Those behind it have been accused of using the operation as a clenched fist against foreigners. Police deny this, saying it’s a much wider project.

As the police rightly point out in the KZN case, laws are laws, and they cannot be applied selectively. But this latest sweep-out of a refugee camp (which formed only because our democracy experienced a glitch in the Matrix) and the statement that followed is yet another reminder of what appears to be a changing wind. An icy gale that carries a new political message and leaves behind an ugly narrative.

What is a threat to peace and stability is the way the police’s riot units operate. The Marikana report makes that clear. Also a threat is the spike in violent crimes likes murder and robbery, exposed in the annual statistics. A poisoned crime intelligence and an under-resourced detectives service is also a threat. As is a national police chief who is about to face an inquiry into her fitness to hold office.

Over and over, we are seeing examples of how the police are getting worse at dealing with fellow human beings and better at crushing them when the orders are given. Even if the foreigners accused of “illegal camping” were rude and obnoxious, even if they resisted and made unreasonable demands, even if they turned down offers and ignored deadlines, there has got to be a better way. Another temporary relocation? More meaningful negotiations? A mechanism to make them feel safer? In situations like these, as with inner city evictions, it is always a balancing act of human rights. If you must evict, do so humanely and don’t spin it afterwards. But the way this operation was conducted and the tone of the statement is rather Putin-esque. And that’s the exact opposite direction from the one in which the police should be moving. DM

Photo: Two year old toddler Knowledge, whose mother, Knowledge Moyo, is a Zimbabwe foreign national, looks from behind a fence at a relief camp set up in Primrose, East of Johannesburg, South Africa, 18 April 2015. EPA/KEVIN SUTHERLAND