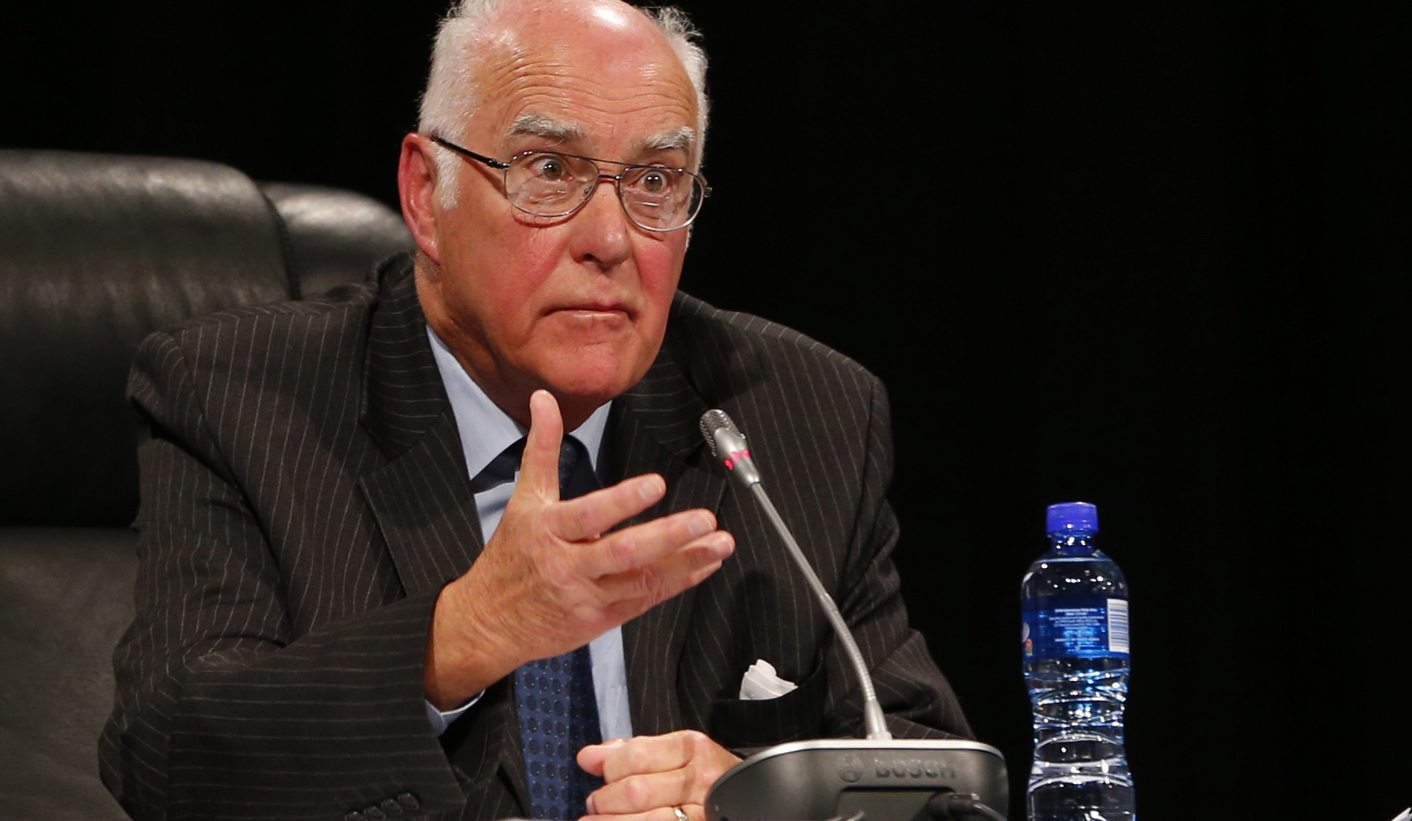 President Jacob Zuma finally released the report of the Marikana Commission of Inquiry on Thursday. Political figures were exonerated but Police Commissioner Riah Phiyega's fitness for office was questioned. Those who committed the killings, both police and strikers, as well as Lonmin’s failure to protect employees, should be investigated, the commission found. By GREG NICOLSON.

The report largely exonerates the key political figures accused of having a hand in the events leading to the Marikana massacre. Regarding Deputy President Cyril Ramaphosa, who was a non-executive director at Lonmin, and pressured former police minister Nathi Mthethwa and former mineral resources minister Susan Shabangu to increase policing of the strike, the commission found that given the deaths that had already occurred, his intervention did not cause the increase in police on site, nor did he know the operation would take place 16 August.

“The Commission is of the view that it cannot be said that Mr Ramaphosa was the ’cause of the massacre’,” the report reads. “There is no basis for the commission to find even on a prima facie basis that Mr Ramaphosa is guilty of the crimes he is alleged to have committed.”

The Marikana Commission was more uncertain about Mthethwa’s role as police minister at the time. The decision to move to the tactical phase of the operation to disperse and disarm the mineworkers was taken at an extraordinary meeting of the police national management forum (NMF) and the report refers to evidence from an expert that such a decision would not have been taken without “guidance of the executive”. “If guidance of the executive played a role, then it is probable that such guidance was conveyed to the NMF by Minister Mthethwa,” it reads. “The commission wishes to emphasise that it is not finding that such ‘guidance’ was given. It is, however, unable in the light of what has been said above to find positively in Minister Mthethwa’s favour on the point.” No action was recommended against Mthethwa, now minister of arts and culture.

The commission found then minister of Shabangu was innocent of allegations of corruption and perjury, and that she hadn’t negatively influenced the police response.

The report found Lonmin did not sufficiently try to engage with workers on ending the strike or protect its employees. Both the National Union of Mineworkers (NUM) and Association of Mineworkers and Construction Union (Amcu) were found not to have full control over members, while the NUM wrongly advised workers on their ability to negotiate and encouraged members to work despite the risk of being killed.

The commission recommended inquiries into the fitness of police leaders National Police Commissioner Riah Phiyega and North West Police Commission Zukiswa Mbombo should be held. “The leadership of the police, on the highest level, appears to have taken the decision not to give the true version of how it came about that the ‘tactical option’ was implemented on the afternoon of 16 August and to conceal the fact that the plan to be implemented was hastily put together without [public order policing] inputs or evaluation,” reads the report. Phiyega was regularly evasive under cross-examination, but the report does not seem to implicate her in the killings.

Mbombo, who retired at the end of May, likely knew along with other commanders about the killings at scene one before the operation continued to scene two, the report says. The provincial commissioner said she was outside the command centre when the news arrived. Other police leaders also found to have known about killings when they took place. Mbombo was also slated for not disclosing her meeting with Lonmin’s Bernard Mokoena, where they spoke of political influences and reasons to move to a tactical policing phase, where she should have expected it would lead to bloodshed.

At scene one, where the strikers were killed on camera, the commission found that the police effectively closed off a gap that channelled the mineworkers towards the Tactical Response Team (TRT) while it could have boxed them in. The SAPS failed to use sufficient non-lethal weapons and when they did the teargas and water cannons had the effect of further pushing the miners towards the TRT. The officers who opened fire with live ammunition felt a reasonable risk to their lives, the report says, but four people were killed who clearly presented no threat.

At scene two, dubbed the “killing koppie” by some observers, the commission found, “The lack of clarity around the death of the 17 deceased persons at scene two, places the commission in the difficult position of not being able to make findings as to the circumstances surrounding the death of each deceased. To accept or reject any version, with any degree of certainty, requires further interrogation of many factors.”

There were no cartridges found at scene two that could have been fired by the miners (at scene one there was one shot fired by the miners caught on camera and one other gun recovered without a full round in the chamber). The commission was not convinced by the SAPS scenarios of what might have happened at scene two. “Apart from the evidence of a reconstruction of the scene by [policing expert] Mr De Rover, the South African Police Service provided no details of what happened with regard to the deaths of most of the deceased at scene two. Where it does provide evidence pertaining to the deaths of some of the deceased, their versions do not, in the commission’s view, bear scrutiny when weighed up against the objective evidence.”

The commission made a number of recommendations for the National Prosecuting Authority (NPA) to investigate and possibly prosecute, focusing on those who committed the killings rather than those in charge. It recommends the NPA investigate two attempted murders on 10 August and the shooting by National Union of Mineworkers officials on 11 August of two strikers. Lonmin should be investigated for knowing the risks but failing to protect employees regarding the killings of two security staff, two assaults, and the killing of a non-striking worker. The NPA has also been recommended to investigate the five deaths on 13 August, those of two police officers and three strikers.

“It is recommended that for the purposes of the investigation, a team is appointed, headed by a senior state advocate, together with independent experts in the reconstruction of crime scenes, expert ballistic and forensic pathologist practitioners and senior investigators from IPID, and any such further experts as may be necessary. The commission recommends a full investigation, under the direction of the director of public prosecutions, with a view to ascertaining criminal liability on the part of all members of the South African Police Services who were involved in the events at scene one and two.”

The commission also recommended the strikers with weapons against the Dangerous Weapons Act and Gathering Act should be investigated.

The report also suggested a number of recommendations regarding future policing of protests. A panel should be established to review public order policing and analyse international best practice. Decisions should be made by an officer in overall command with relevant training. Means of communication between police and alternative options should be improved.

“With regards to accountability,” Zuma said, summarising the report on Thursday, “where a police operation and its consequences have been controversial, requiring further investigation, the minister and the national commissioner should take care when making public statements or addressing members of the SAPS. They should not say anything which might have the effect of ‘closing the ranks’ or discourage members who are aware of inappropriate actions, from disclosing what they know.

“The standing orders should more clearly require a full audit trail and an adequate recording of police operations. The SAPS and its members should accept that they have a duty of public accountability and truth-telling, because they exercise force on behalf of all South Africans.” DM