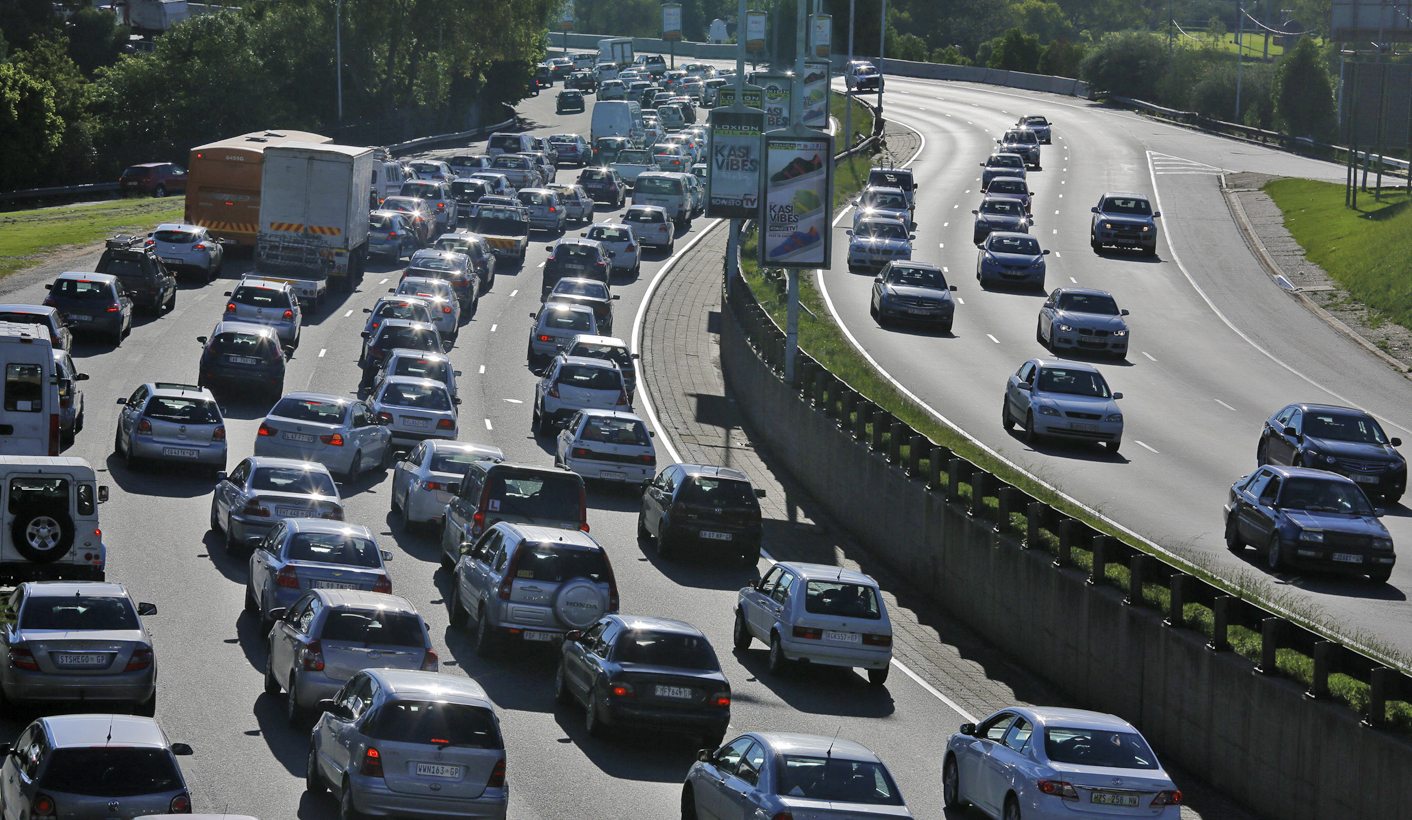 A major announcement about e-tolls? There must have been many Gauteng residents hoping against hope that they’d hear that the whole e-toll system was to be scrapped. Instead, Deputy President Cyril Ramaphosa confirmed on Wednesday that e-tolls are going nowhere. Here’s the good news: the model is being simplified, and tariffs will be cheaper for you if you were previously being charged at non e-tag rates. If you’re an e-toll dodger, here’s the bad news: avoiding paying e-toll bills just got harder. By REBECCA DAVIS.

Gauteng Premier David Makhura doesn’t like it if you suggest that the review of the e-toll system is a result of the government “bowing to public pressure”. He irritably dismissed the notion when it was put to him by journalists in Cape Town on Wednesday, pointing out that he appointed an advisory panel in July last year to carry out an assessment of the impact of the system.

The findings of that panel, Deputy President Cyril Ramaphosa had told us earlier, were largely glowing towards e-tolls. The implementation of the Gauteng Freeway Improvement Project has “hugely benefited” the economy and people of Gauteng, Ramaphosa said. The people surveyed by the panel “in the main” were in support of the idea that they should be paying for roads. The major negative conclusion reached by the panel was that the e-toll system disproportionately burdens low and middle-income households.

So e-tolls are very much sticking around – but there’s a “new dispensation”.

One of the major changes is that the new model is more streamlined. All road users are seen as “registered” to the system, whether or not you have an e-tag. Having an e-tag doesn’t get you better deals any more – there’s now only one type of tariff.

The costs have been chopped for all types of vehicle. If you drive an ordinary “light vehicle”, you’re now paying 30c per kilometer, down from 58c. There’s also a limit now to how much everyone will pay per month. It used to be the case that only registered users would benefit from having their monthly e-toll bills capped when they hit a certain ceiling. Now, this is standard – and the caps have been reduced by almost 50% across the board.

If you drive an ordinary passenger vehicle in Gauteng, the maximum you can expect to pay in e-tolls per month is now R225, down from the previous R450.

There is good news for people who drive infrequently on e-tolled roads, who will be tolled only upon their 31st pass through an e-toll gantry per year. If you don’t exceed 30 passes through the gantry per year, you don’t pay.

Failure to pay your e-toll bill within 30 days still results in penalties. You’ll pay double the tariff, so the total will be capped at R450 per month for ordinary cars.

These measures are designed to make the e-toll system more “equitable” and “affordable”, to quote Ramaphosa. Government hopes that the poorest people on the roads – those using public transport – will be unaffected by the tolling because taxis and buses with operating permits remain exempted from tolling.

For those who already have a stack of unpaid e-toll bills, however, winter is coming. There will be no amnesty. Outstanding bills charged at the “alternate tariff” amount – previously levied against those without e-tags – will be reduced by 60%, from R1,74 per kilometer to 70c per kilometer. There is a six-month window for payment at this discounted price.

Why should you pay your e-toll debts, if you haven’t paid up till now? Because you won’t be able to renew your vehicle license discs until you have. This is the kicker of the “new dispensation”.

OUTA – the Opposition to Urban Tolling Alliance – says this move is likely to have unintended consequences. “We believe this action will spawn a whole new illegal license discs and number plate industry in South Africa,” the advocacy group said in a statement following the e-tolls announcement.

“It will also force many road users to drive unlicensed vehicles. Cars will be licensed in other provinces and several other problems for the vehicle licensing authorities will arise out of this decision, not to mention the reduced license revenues for the region. There is also bound to be a legal challenge mounted against this decision.”

The implementation of the “new dispensation” is going to take place piecemeal, with certain elements phased in over a few months and others – such as the blocking of license disc renewals – taking up to a year to implement.

One obvious result of the reduction in e-toll tariffs is that the money that would have – hypothetically – come from that source will now have to be found elsewhere. The cuts will amount to a shortfall of R390 million, which will have to be borne by Gauteng province and the national government.

As to what that R390 million would have otherwise gone towards: government officials at a briefing before Ramaphosa’s announcement refused to be drawn on what that might have been. Finance Minister Nhlanhla Nene was similarly tightlipped.

If the government were able to set prices for e-tolls lower, why didn’t they do it from the start? Could these discounts have anything to do with the 2016 local government elections?

Ramaphosa swiftly dismissed the notion. “What we are doing is doing the right thing to address the needs and concerns of our people,” he said. “We are not even beginning to focus on elections. It is only next year that the ruling party, as indeed other parties, will focus on elections.”

Asked if the government had buy-in from groups like Cosatu on the “new dispensation”, Ramaphosa said that consultation had been extensive, including with Cosatu and OUTA.

“We hope and trust that people will see this as a really positive step towards addressing the concerns that were raised by our people,” he said.

In reality, there wasn’t much sign of that in the aftermath of the announcement. Cosatu said in January that the e-toll system couldn’t be tweaked because it was “fundamentally wrong”. After Wednesday’s announcement, former Cosatu secretary general Zwelinzima Vavi took to Twitter to write: “I think this trick of using car license to force us to pay e-tolls must be challenged in court – will convene civil society summit soonest.”

OUTA, meanwhile, said that the e-tolling system remains “irrational” and “not in the best interests of society”.

Their statement continued: “The residents of Gauteng have more than contributed in normal taxation and the fuel levy to their freeway upgrade. The current carrots from government have not justified any reason for the public to buy into the scheme.”

It remains to be seen whether Gauteng motorists will concur with Ramaphosa’s claim that the new dispensation on e-tolling is the manifestation of a “listening, a caring and a responsible government”. DM

Photo: Rush hour traffic is congested as people rush to get home on the N1 highway in Johannesburg, South Africa, 04 December 2013. EPA/KIM LUDBROOK