Op-Ed: The FPB’s latest draft policy is about sex and censorship 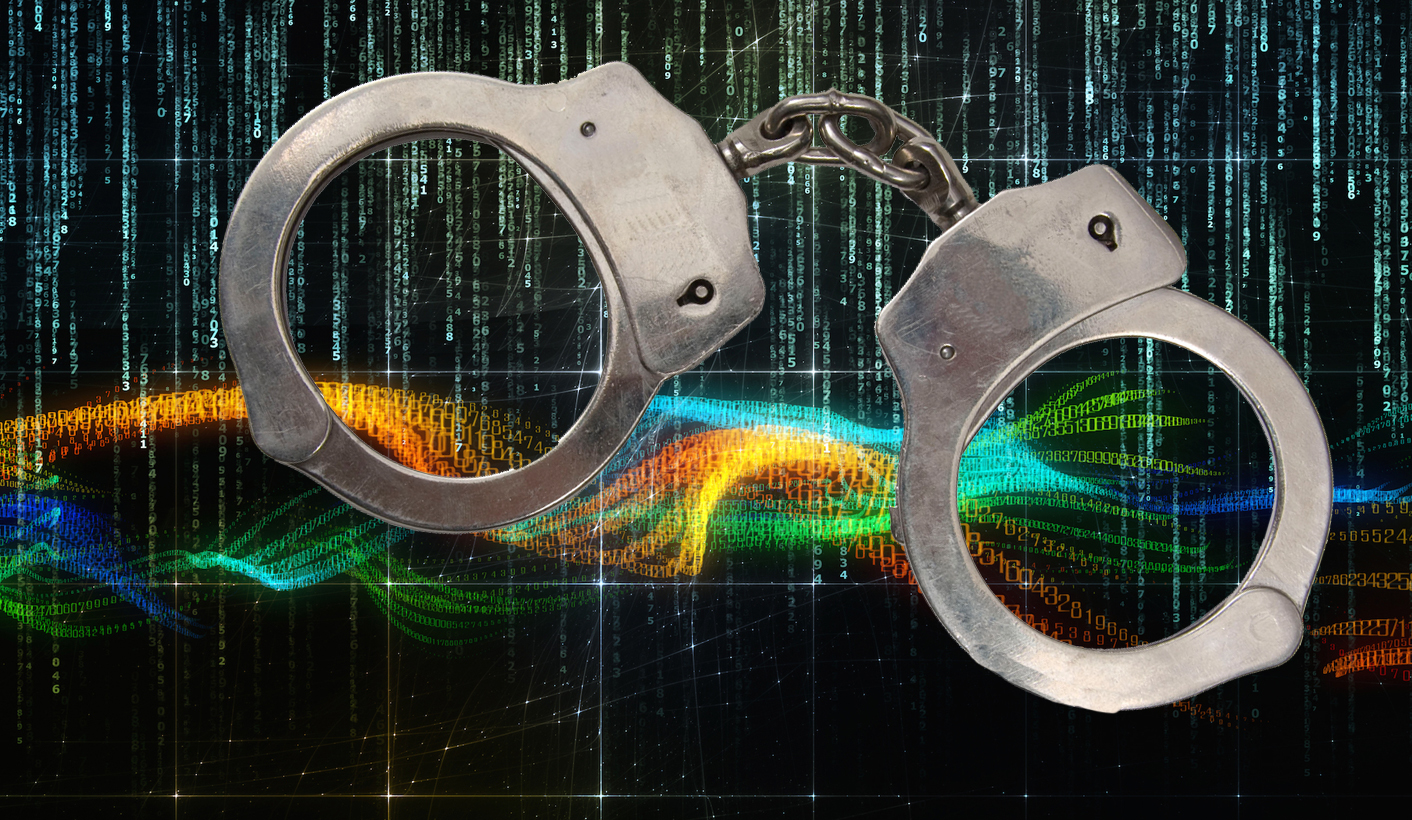 The ghosts of apartheid’s censors must be looking favourably on the work of their successors at the Film and Publications Board. Its existential crisis in understanding the internet has lead to the drafting of an (unworkable) draft policy on regulating online content. MICAH REDDY reports.

Founded under the Film and Publications Act of 1996, the Film and Publications Board (FPB) is the body responsible for slapping age restrictions and content warnings on movies and TV programmes, and much of its work is fairly everyday, uncontroversial stuff. But lately the Board has got carried away with an overzealous attempt to protect us from the unsettling realities that the internet has brought. As the web extends its reach across South Africa and digital platforms converge, the FPB has been left dazzled, unsure of its role in a digital age where it is powerless to determine what audiences can and can’t see. It’s response to its own existential crisis has been nothing short of internetphobia.

In early March, the FPB released its draft policy for regulating online content. The policy envisions a ‘co-regulatory’ system in which distributors will classify their own content in line with the Board’s specific guidelines, subject to penalties imposed by the Board for non-compliance. But it is unclear where the policy’s boundaries end and who exactly falls under the policy’s jurisdiction. The draft policy stipulates that the regulations apply to “any person who distributes or exhibits online any film, game, or certain publication in the Republic of South Africa”. But save for a throwaway line that the policy will generally not apply to persons uploading content for non-commercial use, there is nothing to suggest that ordinary users of, say, social media pages, blogs and personal websites will not be affected in some arbitrary way. Indeed there are more than enough provisions in the policy to allow the Board to restrict user-generated content. That means Facebook. That means Twitter. That means everything.

Beyond the vague and often contradictory language of the draft regulations, the entire process of classification should give us real cause for concern. Distributors would have to classify their own material prior to publication, in accordance with strict guidelines issued top-down from the Board. The very idea of pre-publication classification reeks of censorship and is totally at odds with the constitutionally enshrined right to freedom of expression. Of course, freedom of expression is never absolute and must be weighed up against other rights, but any limitation of such a fundamental human right as freedom of expression must be practiced with extreme caution.

No democratic society can tolerate the collective penalisation of all legitimate expression for the crimes of a few. It is a view that, mercifully, was made explicit by the Constitutional Court in a landmark ruling in 2012, when the Court struck down large sections of the Film and Publications Act as unconstitutional. And at the heart of the matter was the prior restraint of publication. The Court took the view of Lord Scarman that prior restraint, “though occasionally necessary in serious cases, is a drastic interference with freedom of speech and should only be ordered where there is a substantial risk of grave injustice”. In line with democratic standards in international jurisprudence, the court concluded “the mainstay of the law is to encourage lawful conduct rather than to seek to guarantee lawfulness by restricting conduct altogether”, and thus prior classification should only be used in exceptional circumstances by means of court interdicts, where the burden of proof rests with the party attempting to restrain the right to expression.

The FPB’s draft policy suggests that the Board has completely ignored the Court’s 2012 ruling. The ostensible “co-regulation” leaves little input for publishers, who are expected to simply implement the Board’s classification rules. And should they fail to comply, the Board is trying to give itself sweeping powers to punish and enforce. Troublesome online distributors could have their distribution permits revoked, be barred from the co-regulation regime, and forced to submit all content to the Board for prior classification. Under the proposed policy, the Board, where and when it deems necessary, can dispatch classifiers to the premises of distributors. This allows, for example, for a group of ‘classifiers’ to arbitrarily show up at your home and rummage through any of your material, should you wish to post something on your own website. This is the reincarnation of apartheid-era censorship.

It is also plain to see how the regulations would trample over press freedom. One of the great benefits of the internet is its immediacy, and with that the ability to deliver breaking news to global audiences within seconds. The volume of online information, and the speed with which it is shared, has democratised the production and consumption of news and made the conversation between audience and newsroom more dynamic, and more important, than ever. But the Board’s regulations would act as a break on all of this. Editorial prerogative and editors’ ability to make quick and informed decisions in the public interest would be sidelined in favour of a cumbersome administrative process. And at time when print media is in decline, and newsrooms are haemorrhaging staff and struggling to find sustainable ways of adjusting online, few media outlets could afford the costs of employing trained staff to classify all their material.

The Film and Publications Board has already given us good reason why it should not be trusted with any more power to police what we watch. Two years back the Board provoked widespread controversy when it effectively banned local film Of Good Report, scheduled to be the opening feature at the Durban International Film Festival. The film is about a male teacher’s exploitative relationship with a schoolgirl – a very real, prevalent issue in South Africa. But a sex scene, acted out by two clothed adults, one of whom was depicted as being under 18 year old, was enough to get the classifiers squirming in their seats and crying wolf. Less than half an hour into the film, the classifiers determined that it contained child pornography and was therefore not suitable for screening, and that anyone attempting to screen it would face tough consequences. The classifiers failed to recognise that the offending scene was not intended to arouse at all. They paid no attention to the artistic merit of a film that dealt with a serious topic in a serious way. The Board, though, has never really cared much for the aesthetic value of art, as it made clear in its hysterical reaction to Brett Murray’s famous artwork The Spear, which is slapped with an age restriction of 16. According to the Board, anyone wishing to exhibit the painting or publish an image of it would need to put in place measures to prevent anyone under 16 from seeing it. One wonders what the Board would make of a nude by Titian or Manet.

The Board claims that combating child pornography and the exposure of children to harmful content are what make the draft regulations so urgent. But in its mission to clamp down on child pornography it has been know to keep dubious allies, among them a group of stodgy, undersexed and overbearing Christian fundamentalists who call themselves the Family Policy Institute. The FPI’s leading crusader, Errol Naidoo spends his days panicking about “radical anti-family feminists” and the “gay agenda” and who has an unhealthy obsession with other people’s sex lives. Unfortunately, Naidoo and his ilk seem to have rubbed off on the Board, which is intent on appointing itself guardian of morality.

Noble though the intention to combat child pornography is – if indeed that is what motivates the Board – it cannot come at the expense of legitimate expression, especially when there are various pieces of legislation in place that explicitly criminalise the production, possession and distribution of child pornography. It is best left to the police and welfare agents to deal with child pornography, not an out of touch bunch of bureaucrats who are way overstepping their boundaries, and who see the internet first and foremost as a threat.

Any regulations governing those who publish content online should start from the assumption that the least worst example to draw on is the way the press is regulated: self-regulation based on codes of ethics, public recourse to independent regulators like the Press Council, and post-publication consequences for those who publish illegal material. Regulation should not confer greater powers on the state to infringe on civil liberties, and as the public we should be ever wary of state overreach under whatever moralistic guise or security imperative. We have seen state institutions undermined by political interference and worrying threats to freedom of expression and press freedom. We do not know what the political landscape will look like years down the line, but there is a very real chance that, should the FPB’s regulations ever see fruition, they will be one more tool in the hands of an increasingly paranoid state to monitor and control expression. Although we can at least take some comfort in the fact that the FPB’s draft policy is not only unconstitutional but also unworkable. It boggles the mind to think how the Board would even begin to apply its Orwellian grand plan to millions upon millions of website pages and blogs in a truly global medium.

On Wednesday [29 April] the Right2Know Campaign will protest at the offices of the Film and Publications Board to demand a scrapping of the draft online regulations and against Internet censorship. DM

*Micah Reddy is the national co-ordinator for media freedom and diversity at the Right2Know Campaign. He holds a Masters in African Studies from Oxford University and a BA from Wits, and until recently was managing editor at the Yemen Times in Sana’a. He has also worked as a freelance journalist and editor in Cairo and Jerusalem. @RedMicah