Malawian victims of xenophobic violence: Back home, sad and frightened 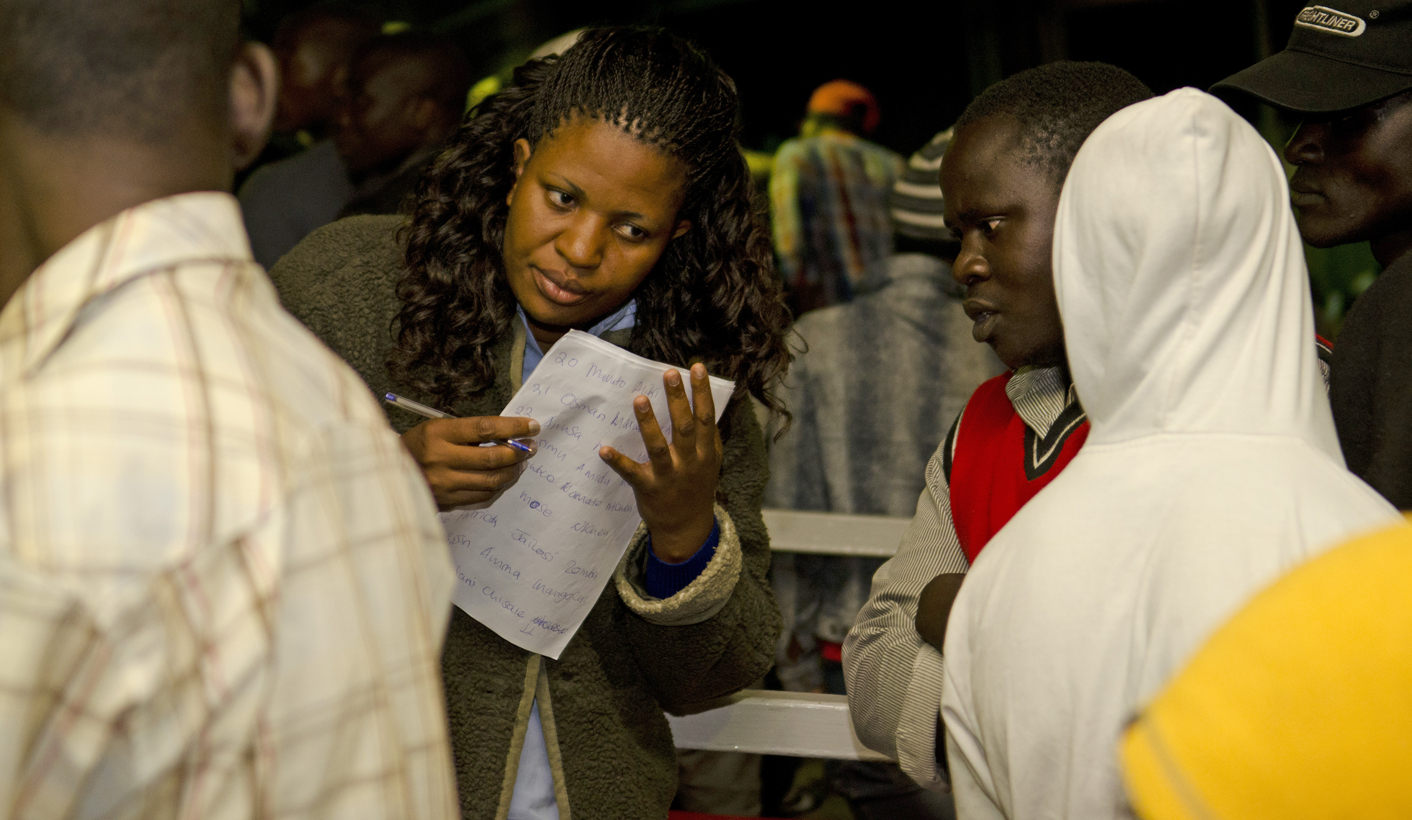 The first group of 390 Malawians repatriated after the recent wave of xenophobic attacks in South Africa arrived in Malawi on Monday 20th April. According the Malawian Government, another 3200 Malawians are waiting in South Africa to do the same. Two Malawians are confirmed to have been killed in the attacks on foreigners that broke out in townships of Durban and Johannesburg. UNICEF met some of the young people that had made the unplanned journey.

Jasini Amanu is 18 years old. He worked as a shopkeeper in Durban for the last six months. But the shop he worked in was targeted by the groups that were prowling around to forcefully get the foreigners out. “They started beating us and looting the shop, we fled through the back door. I arrived at the camp with only the clothes I was wearing; I did not dare to go back to the hostel where I was staying.”

“I am from Mangochi. Going for working in South Africa is sort of tradition there, many do it, my brothers did, my father did, at one point.”

“There is frankly not much else that I can do there. But I am going home now”.

The future? Jasini has no idea, for now he wants to go home to be safe and sound back with the family.

Ellis John is 24. She left her hometown Mzuzu for South Africa four years ago, to work as a housekeeper for a South African family. Her oldest son Lonnis, now 5 years old, went with her, while her youngest Justice, who is now 1 year old, was born in South Africa. Justice sleeps wrapped by a blanket on her back. Lonnis leans against her, looking very tired and confused by all that happened to him in the last weeks. “The family I worked for was receiving threats because they had a Malawian housekeeper, so they sent me away. With nothing though. They were actually chasing us out of the street.”

There is a long tradition of Malawian women going to South Africa to work as housekeepers. Extended families in South Africa have, for generations, always wanted Malawian nannies and housekeepers. Ellis looks determined and fiercely protective of her children but she is going back to Mzuzu as a single mother without any means to sustain her. She knows it’s not going to be easy.

Jeanet Banda (21) was in South Africa for 16 months, where she joined her husband who was living and working there. “They came to my house while my husband was at work and told us to leave or else….” Trustin, 6 months old, is on her back, sleeping peacefully in her chitenje and a blanket over it. Jeanet left the home with the baby, she has not seen her husband since: “He is still in South Africa; I hope he is coming as well but of now I have no idea whether he is safe or not”.

Jeanet is going back to her home village in Dedza district. “I don’t know whether they will welcome me happily back” she says.

Smart Ismael is 27 and returning to Mangochi. He is quiet and looks as if he is struggling to cope with the fresh memories of what happened that day at the local market in a township in Durban. “I had been selling clothes there in a stall for 1 year and 7 months. It happened just like that, a big group of men rampaged around the market, looting all stalls of foreigners, and they really came after us.”

It was awful, that much is clear. But Smart has something to go back to: “I have a wife and a child in Mangochi, I am happy to go back home. Only, what am I going to do there?” Smart does not want to say more.

Catherine Sasya is 22. Her daughter, Nema, is exactly 1 year old today. She went to work as a housekeeper 8 months ago with her then 4 months old daughter. She is from Salima but her husband is residing in Nkotakota and that is where she is going now.

“The family I worked for sent me away as if I had been stealing from them. I did not know where to go but I was finally found by some friendly people who took me to the camp where also other Malawians were staying who fled from the violence.”

Catherine is not optimistic about her future: “Is my husband still there for me? I don’t know, I did send money home all the time but you know how it is when the wife is not around. Will he welcome me if I do not provide money for him?” DM

The Malawi Government has allocated MK 195 million ( US$440,000) to evacuate its citizens from South Africa. UNICEF supported the Malawian Government with provision of safe water/sanitation and tents, as part of the services that were provided to the repatriated Malawians. UNICEF is continuing to support the communities affected by Malawi’s floods that hit the country in January. Latest statistics suggest the maize harvest in the country will be down by almost 30% posing great threats to food security in the country in 20015/16.

All photos by UNICEF.